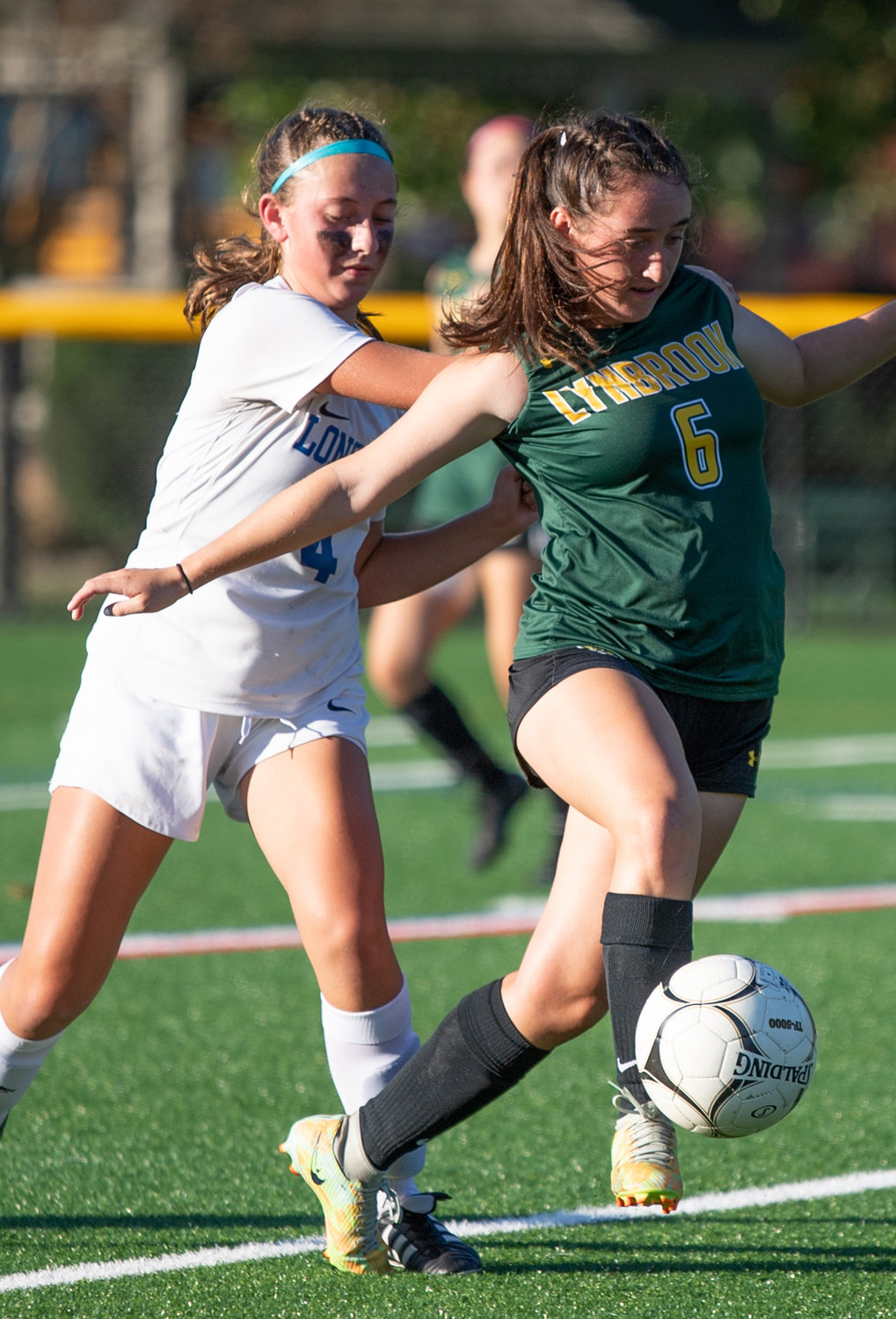 Midway through this season, she’s already surged past that total – notching 12 scores to lead Nassau County’s A classification and vying for unofficial title of player of the year.

Her coach cites a natural leadership quality as a captain of three years as she ran many of their summer workout sessions. She’s already committed to play at SUNY-Cortland.

“She lives and breathes soccer – she always had soccer ability and she’s just explosive off the dribble,’’ coach Michael Palumbo said. “ She’s’ fast, physical. Not much that can slow her down. .

Lynbrook, meanwhile, was on a roll as it maintained an undefeated record entering a showdown match against Long Beach Sept. 23. Long Beach finally slowed down Vuotto, blanked despite numerous scoring opportunities. Lynbrook dropped a 2-0 decision for its first loss.

The matchup appears an outlier but one to learn from. Lynbrook entered the battle scoring 5 goals per game. The loss dropped the Owls into second place at 5-1-1.

“Our young talent is stepping up and playing real well,’’ Palumbo said. “We expected to be a top team going into the season.  I would love to get back to the top seed in our conference and get a conference championship.’’

Vuotto probably will need more assistance in the attack zone to win some bling. There’s plenty of candidates. Junior Co-captain, Katie Sharkey, has 3 goals and 2 assists, known for her fast, physical play but also a willingness to sacrifice individual goals for the team.

When the season started, Lynbrook didn’t have a goaltender because the expected netminder had knee surgery. Sharkey agreed to go in goal at the start of the season.

“She’s just so fast, so physical and causes so much chaos on field,’’ Palumbo said. “And the big part is she started off in net, was unselfish and willing to do it.’’

The Owls found a new keeper in senior Sara Silinger and she’s handled the responsibilities deftly, even against Long Beach when she made eight saves. The two goals were not her fault as the midfielders and defenders got beaten on two plays.

Lynbrook’s next top goal scorer is just a freshman, striker/center midfielder Leah Casolaro. It’s her second year on the varsity as he was called up as an eighth grader because of her extreme talent.

Lynbrook has notched seven goals in two of its seven games. ”We’re a pretty offensive team but we also have two shutouts,’’ Palumbo said.

Indeed, the defense has been stellar, too.

Palumbo saved his most glowing words for a player who gets overlooked – sophomore midfielder Gabby Meszaros.

“While Leah and Vuotto get the accolades, it’s Gabby who gives us 80 minutes of blood, sweat and tears,’’ Palumbo said. “She works her butt off, does all the little things that make the team look good but without the individual stats.’’