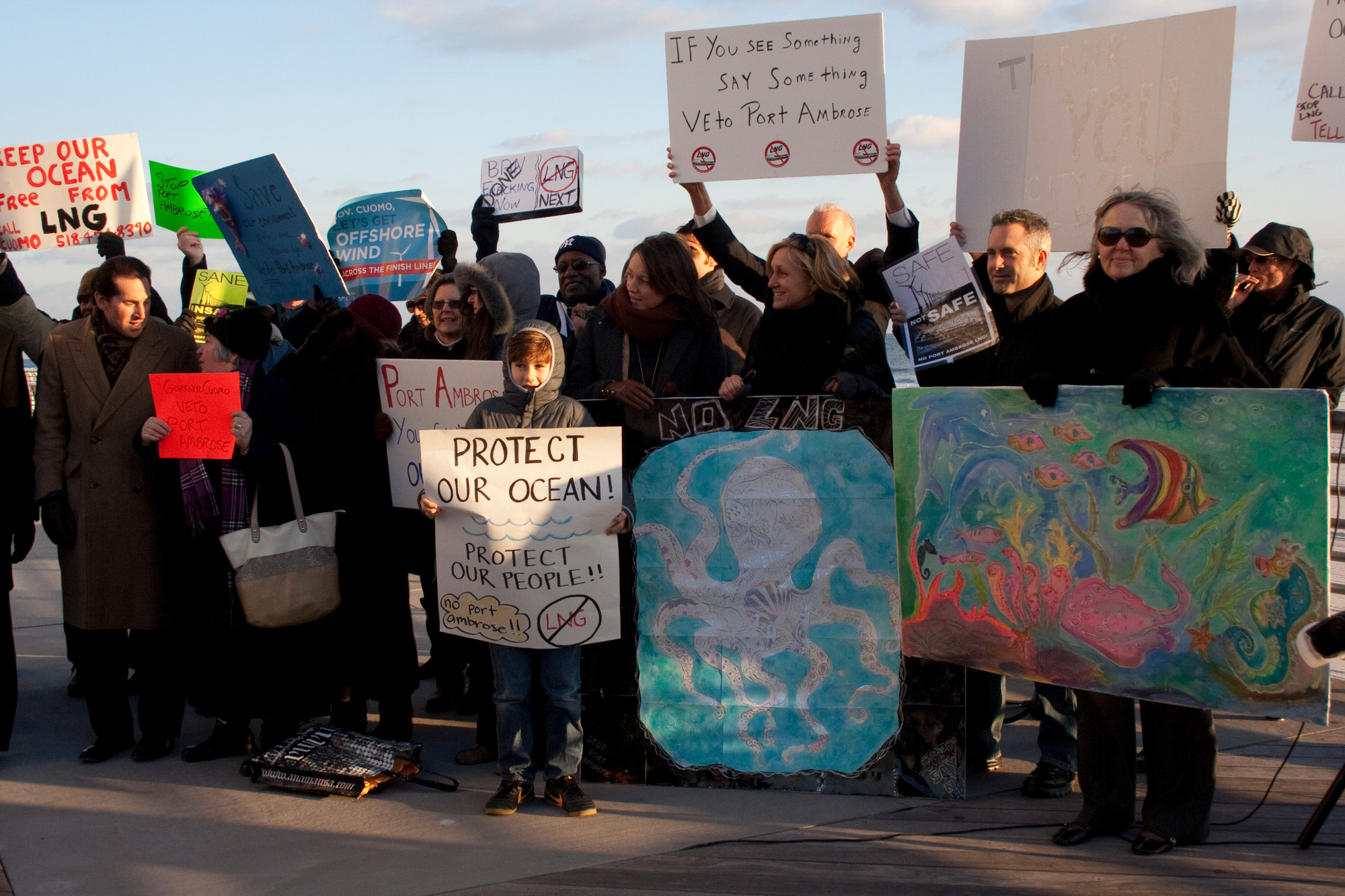 Protestors criticized the proposed Port Ambrose LNG terminal at a press conference on the boardwalk in January.
Rebecca Rogak/Herald
By Matthew Ern

A petition circulated by the City Council opposing the construction of Port Ambrose, a proposed liquefied natural gas import facility to be built off the coast of Jones Beach, has reached more than 1,000 physical and electronic signatures.

“The Long Beach City Council is unanimously opposed to the offshore LNG facility, Port Ambrose,” the council said in a statement. “There are grave concerns as to the significant negative impact on our public safety. The site would make us even more vulnerable after Sandy, especially when considering the lack of a barrier island hospital.”

Liberty Natural Gas, LLC, submitted an application to the United States Maritime Administration for a license to construct and operate a liquefied natural gas facility in the Atlantic Ocean 19 miles southeast of Jones Beach. A series of underwater pipelines and buoys would allow for tens of millions of gallons of natural gas to be processed and pumped inland through the Transco natural gas pipeline, which runs from South Texas to New York.

The company needs federal and state approval to build the proposed terminal in federal waters. The petition is calling on Governor Cuomo to veto the proposal. The U.S. Maritime Administration and the Coast Guard can also reject the application, and is accepting public comments until March 16.

In December, city officials penned a letter to the U.S. Maritime Administration calling for increased transparency and public input on the project. At a January public hearing held in Queens to discuss the company’s plans, council members and other local officials called for an additional meeting in Long Beach, saying that Queens was not easily accessible to many of the South Shore residents that would be impacted by the LNG terminal. The hearing was one of two that federal agencies convened for public comment on an environmental impact report about the terminal.

Acting Maritime Administrator Paul Jaenichen granted an extension of the public comment period in response to their request.