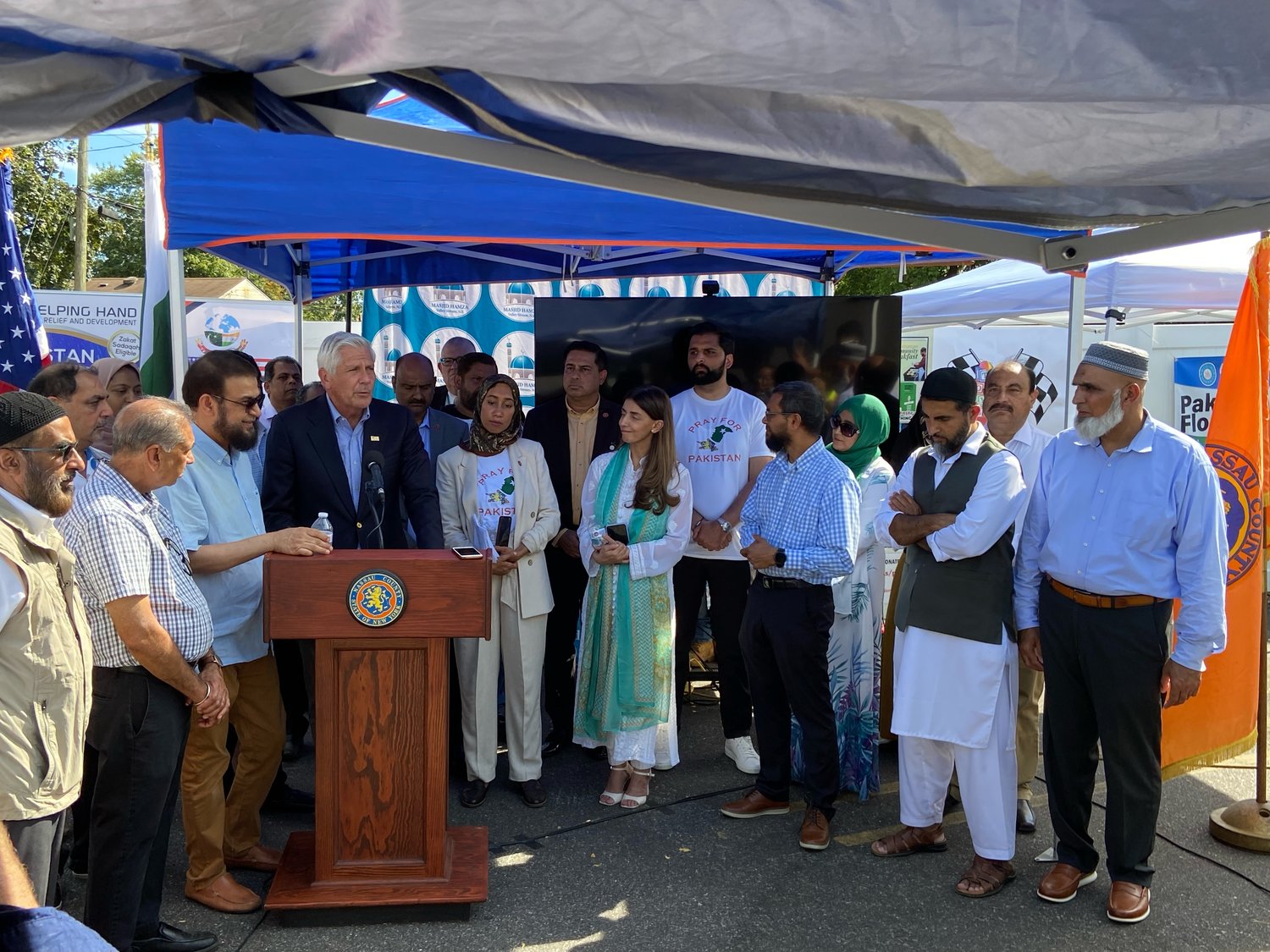 For nearly the past month, Pakistan has been impacted by severe flooding. With at least a third of the country underwater, the flooding hasn’t let up.

As of Saturday Sep. 3, the cumulative deaths from the flooding since June 14 has reached 1,282, according to the country’s national disaster management authority. Almost a third of the reported deaths are children.

Nassau County Executive Bruce Blakeman held a press conference last Friday to announce a relief effort for the over 33 million Pakistanis impacted. He was joined by a number of Pakistani leaders and residents, both in-person and over Zoom, at the Masjid Hamza Islamic Center in Valley Stream.

“We in Nassau County have made a decision that we are going to be part of the solution,” Blakeman said. “We can make a difference starting here in Nassau County because we have such a large Pakistani-American community of people who, while they are American citizens and live here, haven’t forgotten their roots.”

Ayesha Ali, the Pakistani consul general of New York, who joined Blakeman at the press conference, called the gathering an “event about solidarity” for those impacted. Ali also called for donations, saying the flooding is the largest natural disaster to hit Pakistan in its 75 years of existence as an independent country.

Masood Khan, Pakistan’s ambassador to the United States, and former president of Azad Kashmir, a region in Pakistan, joined the conference on Zoom. He said that the flooding was an “unprecedented catastrophe” and said all help is welcomed and needed, whether those helping were American or Pakistani-American. He also said the flooding was a direct result of climate change, mentioning summer heat waves, torrential rainfall and the melting of glaciers.

Khan said that Pakistan’s contribution to global emissions is less than one percent” but added that the country is the “eighth most vulnerable country to climate change.” He plans to visit Nassau County in the near future to personally thank the community.

The Masjid Hamza Islamic Center began a bake sale to help raise proceeds toward the relief effort, selling cookies, donuts, beverages and other baked goods. The sale saw over 100 residents purchasing the treats.

“Nassau County has come up big helping the devastated victims of Pakistan,” Own Naqvi, the senior program coordinator for the county’s office of Asian affairs said over Zoom.