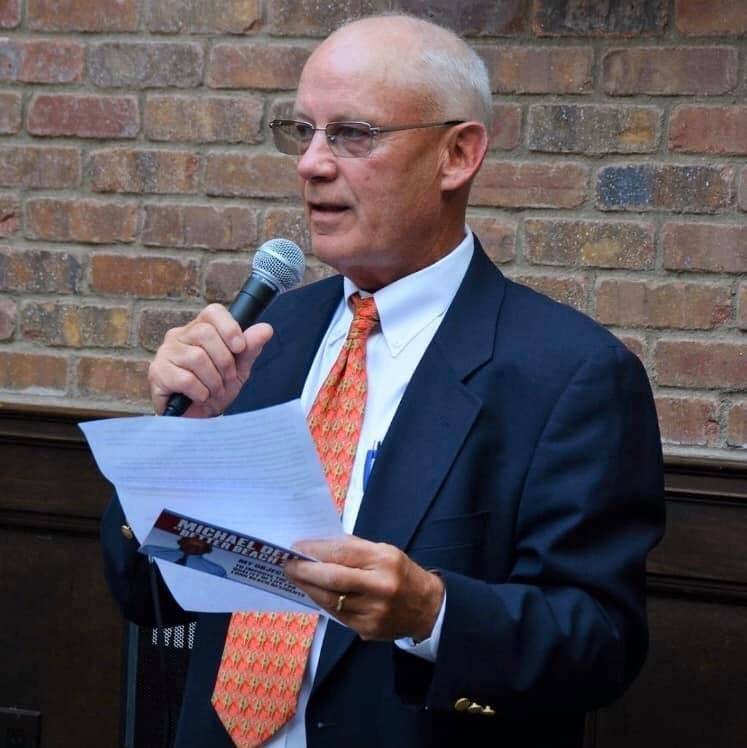 Mike DeLury, who will represent the Democrats on the ballot in November, is a former Long Beach city councilman.
Herald File Photo 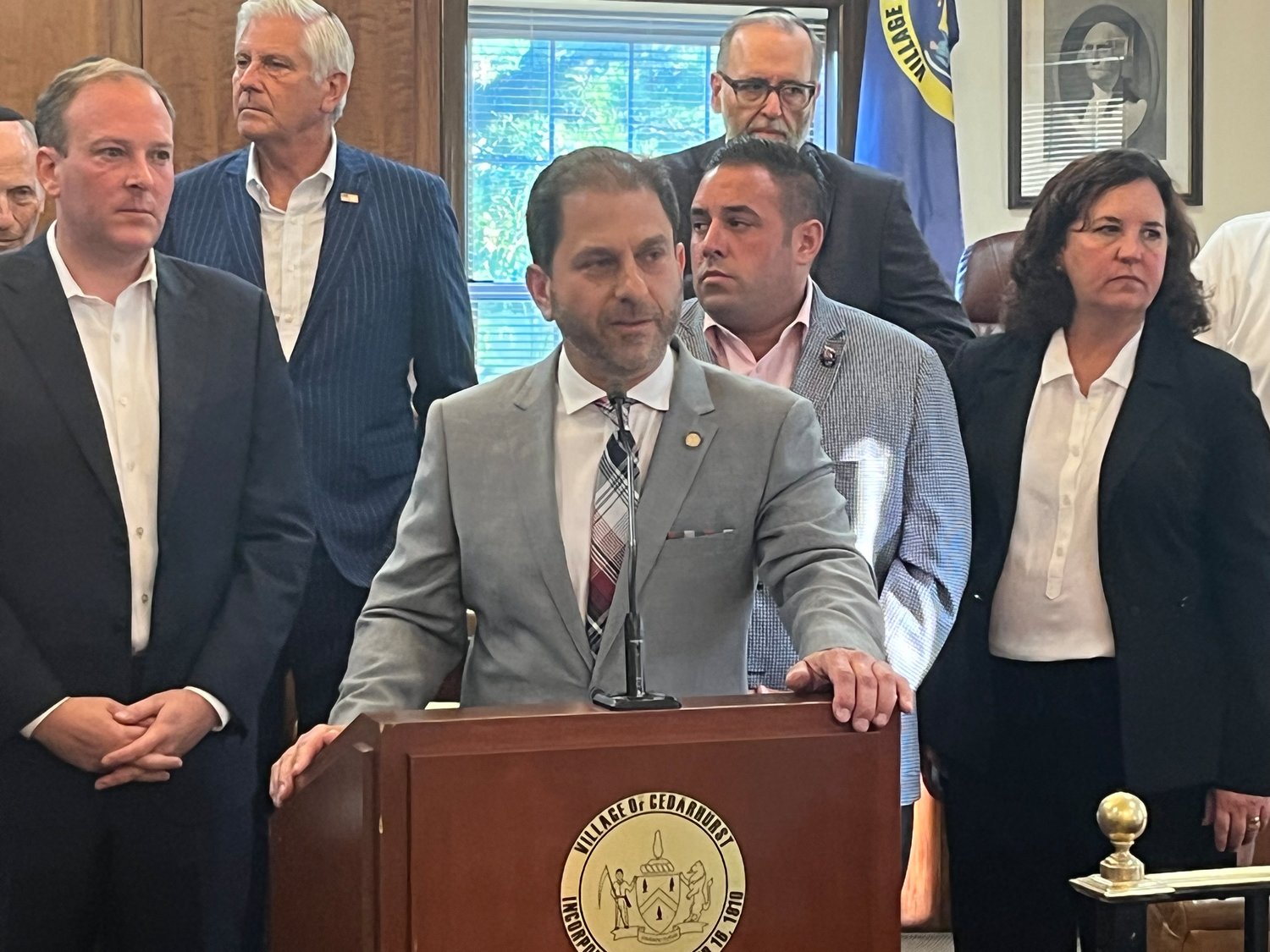 Ari Brown looks to hold on to his Assembly seat. Brown himself is the current deputy village mayor in Cedarhurst.
Herald File Photo
Previous Next
By James Bernstein

Both Mike DeLury and Ari Brown have hills to climb in their quest to represent an Assembly district that includes the barrier island and the Five Towns.

With primaries now out of the way, their campaigns get underway this weekend.

DeLury, the 64-year-old Democrat from Long Beach, lost his re-election bid last year for a second term on the city council. He’s facing an incumbent in this race, the 54-year-old Brown, a Republican who won the seat in a special election last April, but must now run for a full two-year term.

Brown, who also still moonlights as a deputy village mayor of Cedarhurst and has been active in the community for decades — is not as well-known as DeLury in the larger, more diverse Long Beach, which could create some trouble come November. DeLury is also a community activist, and Democrats hold an edge in voter registration in the Assembly district.

“Being an incumbent probably does give him an advantage,” DeLury said. “But I don’t think it will affect me. I will do what I have to do, and say what I have to say.”

DeLury has been the village treasurer of East Williston for 10 years, and — unlike Brown — promised to resign his post if elected to the Assembly.

“He (Brown) has only held that office since April. He’ s not (Harvey) Weisenberg,” who was a member of the Assembly for 25 years, and is widely known on the barrier island.

Lawrence Levy, executive dean of Hofstra’s National Center for Suburban Studies, said this week the race between Brown and DeLury is a microcosm of the national election for President of the United States.

“On Long Island, this is a proxy war between Trump and Biden,” Levy said.

Brown was first elected to Cedarhurst’s village board in 2001, but acknowledges DeLury may be better known in Long Beach. Yet, it’s not all about name recognition, and Brown does point out he won the April 7 special election defeating fellow Cedarhurst resident David Lobl with 66 percent of the vote.

“I’m the first Republican candidate to take Long Beach” in an Assembly race, said Brown, an owner of R. Brown Realty — a business started by his father. The company builds homes and stores, including a number of them in Long Beach.

“I’m not a guy who grew up in Brooklyn with a warm handshake,” said Brown, who was raised in Franklin Square. “I swing an axe for a living.”

Democrats had won most elections in the district in recent years — that is until Mildred “Missy” Miller turned things around for the Grand Ol’ Party in 2016, defeating Anthony Eramo, a Democrat on the Long Beach city council. Miller was later appointed to the Hempstead town board when Bruce Blakeman took over as Nassau County executive. It was a town role Blakeman had served since 2015.

Brown and DeLury both want to work to lower taxes for the 136,000 people living in the Assembly district. But third of them are from Long Beach, and the district itself is overwhelmingly white, college-educated, and middle to upper middle class.

Both candidates see crime as a prime issue, although Nassau is in the 99th percentile for safety, meaning 1 percent of counties are safer and 99 percent are more dangerous, according to CrimeGrade.org. But Brown and DeLury say it is the crime just over the border in New York City that concerns them most.

“It’s the people who travel to Brooklyn and Manhattan,” DeLury said. “They don’t feel safe.”

Brown sees crime as a major issue — not only criminal acts, but also calls to “defund the police,” he said, as well as “cash-less bail.” He blames Democrats for both.

Cash bail is prohibited for most misdemeanors and non-violent felonies. Judges are required to release people with the least restrictive conditions to ensure they return for court dates. Advocates say it prevents jails being a punishment only for the poor.

But no matter what its intentions were, Brown says the system has run amuck, and legislators like himself must step in. But Democrats are in power in Albany, not Republicans, and just earlier this year, Gov. Kathy Hochul and state lawmakers clarified New York’s bail laws, making more crimes eligible for bail requirements, and giving judges more discretion when setting bail.

DeLury favors tighter gun restrictions. Brown, a lifelong member of the National Rifle Association, criticized Hochul and Democrats for toughening regulations on weapons in the state, including creating a database for ammunition.

“They all voted for it,” Brown said, adding he felt Democrats appeared unconcerned about violence in America’s cities.

“All these things — Uvalde — are horrible,” Brown said, citing the school mass shooting in that Texas town last May. “But look at Chicago. How come we don’t hear about Chicago,” a city with a major crime problem?

Unlike the Trump wing of the Republican Party, Brown does not deny Joe Biden won the 2020 election. But he still has questions.

“I don’t care if Trump wins or not,” Brown said, “as long as the election is fair.”

Hank Sheinkopf, a veteran political commentator, said he expects a spirited battle for the seat. But “Brown should win the race,” because there is always an advantage to being the incumbent.

If he’s elected, DeLury hopes to fix public works facilities in the district to prevent flooding and preserve the environment. He notes that, while he was on the city council, he helped usher in a trend toward more financial stability.

Brown has some helpful experience as well, running Cedarhurst’s Business Improvement District, and becoming architectural chair in 2019 after serving on the review board for 15 years.