Feds to begin review of wind farm off Long Beach 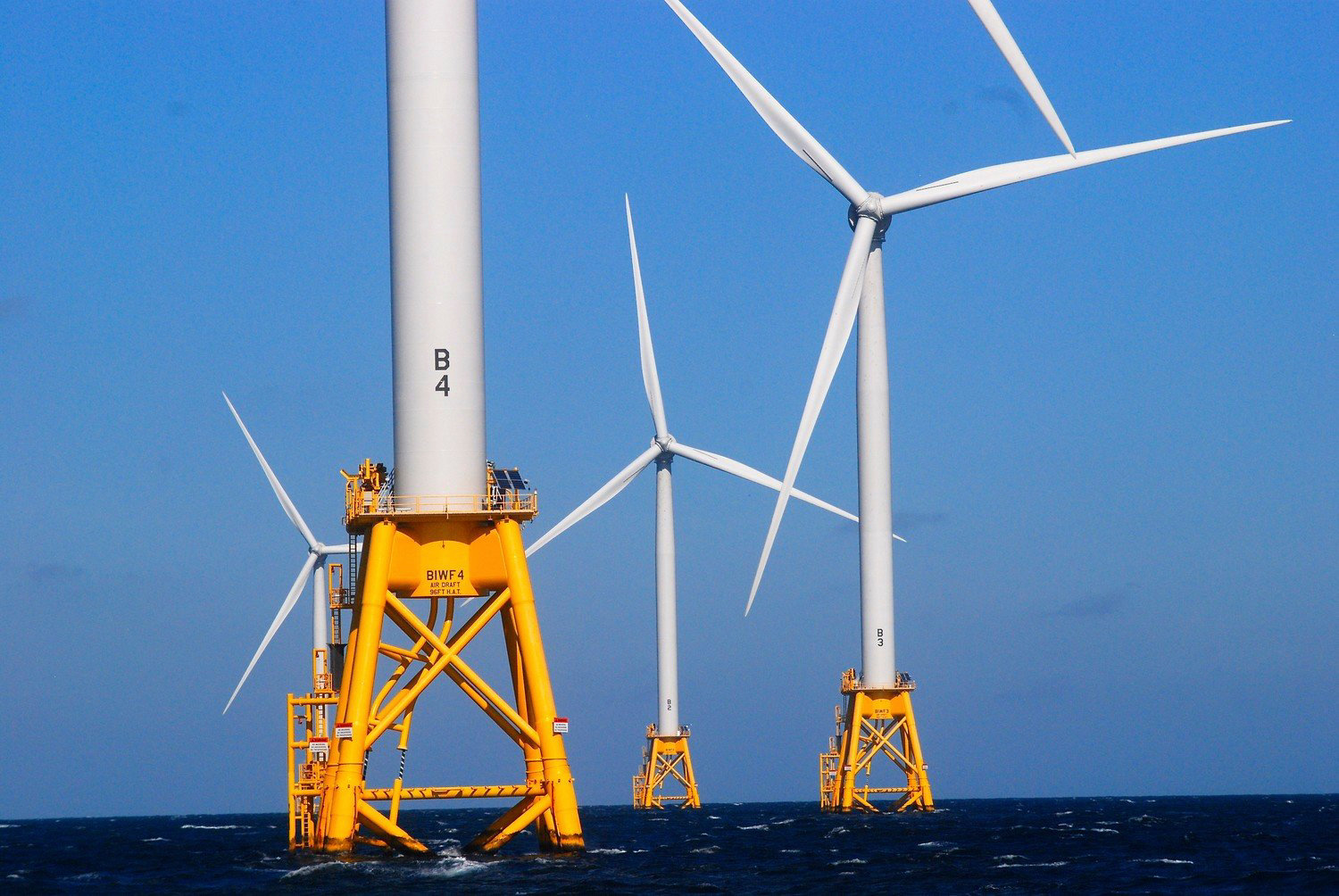 The federal government is beginning an environmental review of a proposed wind farm off Long Island’s South Shore, similar to this one.
Scott Brinton/Herald
By James Bernstein

A $3 billion proposal to build what would be New York state’s largest offshore wind farm is taking shape, with plans to run an underground cable through Long Beach to a substation near the E.F. Barrett Power Station in Island Park. A precise location for the cable has not yet been determined.

The federal Bureau of Ocean Energy Management will soon begin an environmental review of the construction and operation of what would be called Empire Wind, off Long Island’s South Shore. The review is expected to take two years, and the project would need state approval as well. Work on Empire Wind would begin no sooner than 2023. Long Beach would not be involved in the approval process, but would help determine the location of the underground cable.

The wind turbines would be about 15 miles offshore.

The Long Island Commercial Fishing Association is strongly opposed to the project, claiming that fish, and fishermen, will be adversely affected.

Equinor, a company based in Norway, has been awarded contracts by New York state, the first in 2019, to supply 816 megawatts of power to the state grid, connecting in Brooklyn. A second contract, for 1,260 megawatts, was awarded in January, for Long Island’s South Shore.

Two offshore substations would collect the power, which would be routed by cables to one or more of several potential sites in Brooklyn. The Long Beach cable would also be connected to an Equinor substation, and to the LIPA grid by way of a substation in the Island Park area.

“We will continue to closely engage with federal officials, state regulators and a wide range of interested stakeholders as we work together in completing one of the largest offshore wind projects in the United States,” Siri Espedal Kindem, president of Equinor Wind U.S., said in a statement.

An Equinor spokesman, David Marks, estimated that the project would cost about $3 billion, and said it would be the largest wind farm in New York state. It would produce more than 2,000 megawatts of power, Marks said, adding that the Long Beach portion of the project would supply power to about 800,000 customers, while the Brooklyn portion would supply 500,000 customers.

The Bureau of Ocean Energy Management, which would oversee the project, said in an announcement that Empire Wind would generate an average of 880 jobs per year through 2027, during its development and construction, with a peak of almost 2,400 jobs, most likely in 2025.

Long Island environmental organizations have been pressing for years for wind farms. Adrienne Esposito, executive director of the Farmingdale-based Citizens Campaign for the Environment, said she is an enthusiastic supporter of the project.

“We are excited offshore wind could come to Long Island,” Esposito said earlier this week. “The goal is to replace dirty fossil fuel with clean energy.”

But in the tiny hamlet of Wainscott, in the Town of East Hampton, a wind farm proposal has generated considerable controversy. Last September, the East Hampton town board approved a proposal to lay a cable from an offshore wind farm beneath the Atlantic through Wainscott. The cable would enter New York state waters three miles south of Wainscott’s Beach Lane.

Residents opposing the project say the beach area is not the town’s to give away.

“They’re industrializing oceans that were never meant to be industrialized,” Brady said. “I have reports that pile-driving the wind turbines injures fish.”

She called for such projects to be stopped.

The Bureau of Ocean Energy Management will conduct three virtual public “scoping” meetings as part of a review of the Empire Wind project on June 30, July 8 and July 13. Registration for the meetings can be found at: https://www.boem.gov/Empire-Wind-Scoping-Virtual-Meetings.