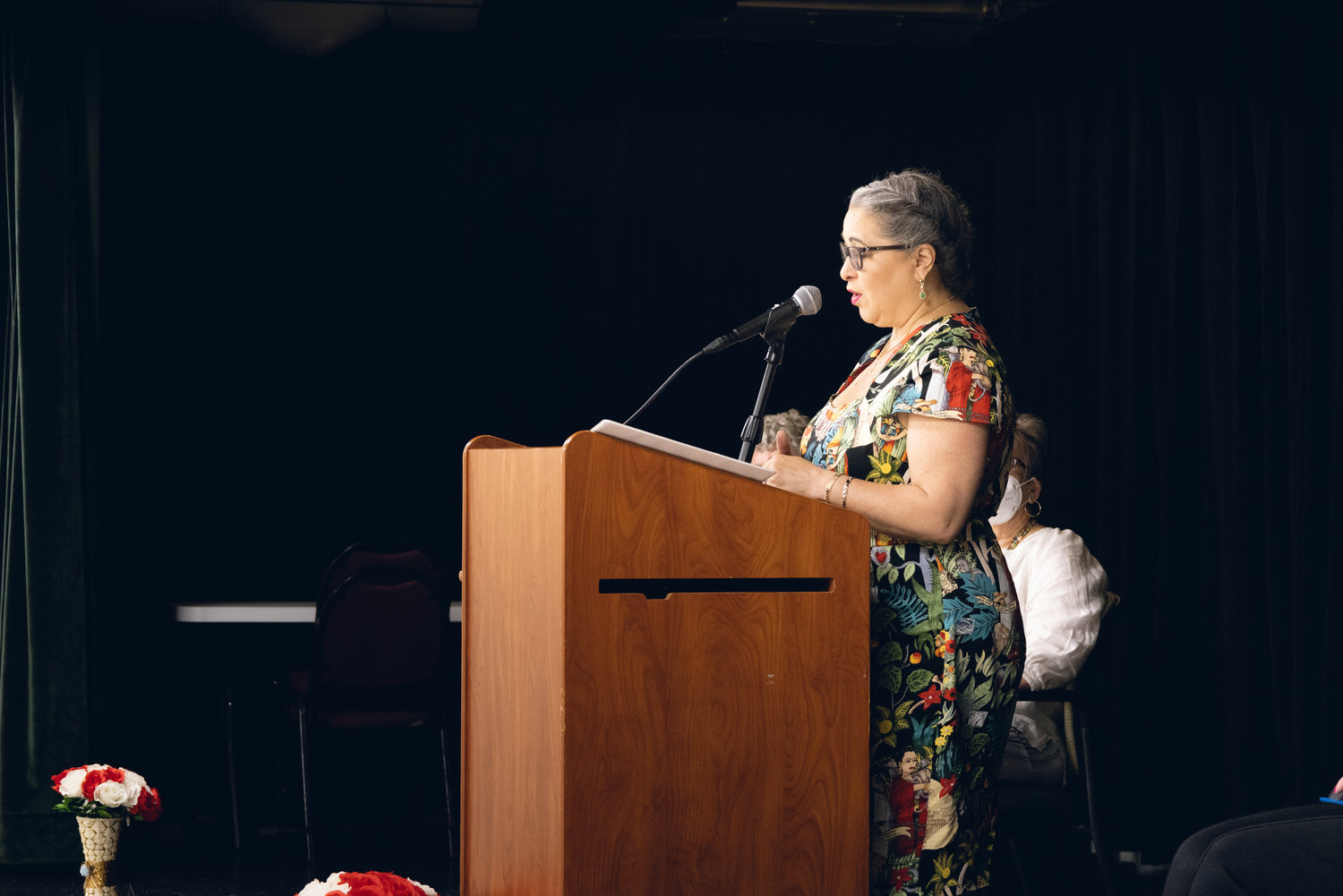 The great American poet Robert Frost once wrote, “Poetry is when an emotion has found its thought and the thought has found words.”

Paula Curci, 59, of Long Beach, has discovered a world of emotions and thoughts in a lifetime of writing poetry. Her talent and devotion to the craft has won her an award she has been striving for: On June 25, she was named the Nassau County poet laureate. She had been nominated twice before.

“I have known her as a poet for years,” Camacho said. “She is a great representation for poetry in Nassau County.”

After graduating from Adelphi University in 1984 with a degree in psychology and communications and earning a master’s in school counseling from LIU Post, Curci spent over 30 years as a school counselor at Sewanhaka High School in Elmont. There she was also an adviser for the Poetry Club, where she “found poetry to be a great way for students to verbalize their feelings.”

“Youth development is my foundation,” she said. “It has always been my fundamental goal.”

Curci has also hosted two radio shows. Her first, called “What’s the Buzz,” started just after she graduated from Adelphi, and she hosted the show on the campus radio station, WBAU, as a community volunteer. For the past two decades, though, she has been the host of “Calliope’s Corner” on Hofstra University’s station, WRHU. Curci said she uses the show to highlight local artists and poets.

She also asks listeners to send in their own poems so she can read and discuss them on air. “I do it so people can hear their own voice,” she said.

“Most of my work is audio,” Curci said. “I’m a spoken word performance artist.”

She is a co-founding member of the Acoustic Poets Network, and has started a new genre of performance poetry, which she calls “Posics,” a combination of music and poetry. She has released three spoken word albums, “Emissary,” “Bittersweet” and “Done That: Poetry and Posics.” She also has several CD’s that feature her poetry.

“How I present my poetry is my performance,” she said.

Curci has also released three chapbooks, which are short books of poetry, and has won three Press Club of Long Island Awards for her radio work and a Gracie Award, given to women in media. She won the award for a show she did called “Female Face of Alzheimer’s,” which focused on caregivers and women with the disease.

She plans to bring all of these experiences into her new role as the county poet laureate. This year was the third time she was nominated; the first was in 2011 and the second in 2018. This year’s nomination, as it happened, was anonymous. She will serve in the post until June 2024.

Curci has some ideas for poetry events across Nassau County, including a potential poetry festival in Long Beach. She was asked to participate in the first annual Long Beach Short Play Festival at the public library at the end of September. There, Curci’s poetry will be featured during intermissions and between plays. She also plans to have youth open mic sessions.

Curci met Pearl Ketover-Prilik, a Lido Beach-based social worker and poet, several years ago at an open mic session at Starbucks in Long Beach. Ketover-Prilik said that Curci is a “wonderfully talented poet” and will be a great poet laureate.

“She has a sense of being able to connect everyone while being entertaining,” Ketover-Prilik added.

“You can see people are actually feeling her work. Nassau County is lucky to have her.”

With youth development as her fundamental goal, she has also been working with some youth organizations to set up classroom visits during which students would use poetry to address bullying and develop cyber awareness.