Flooding in parts of the Canals and West End; scattered power outages reported 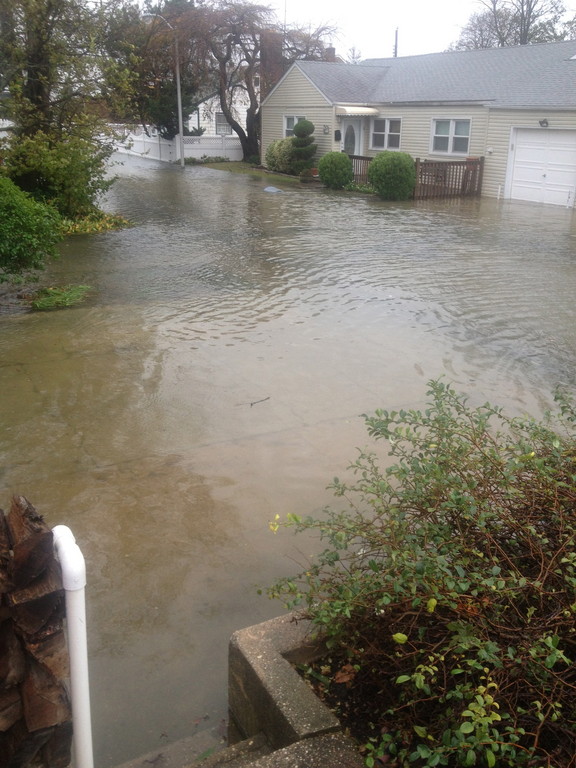 Flooding on Boyd Street in the Canals.
Courtesy Roy Lester 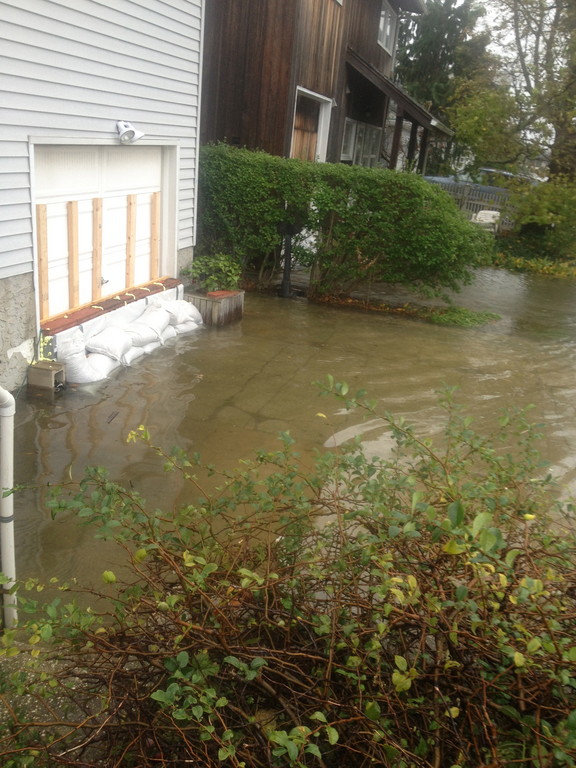 Boyd Street resident Roy Lester constructed a concrete barrier and placed sandbags in front of his home, but said that the flooding is still too much.
Courtesy Roy Lester 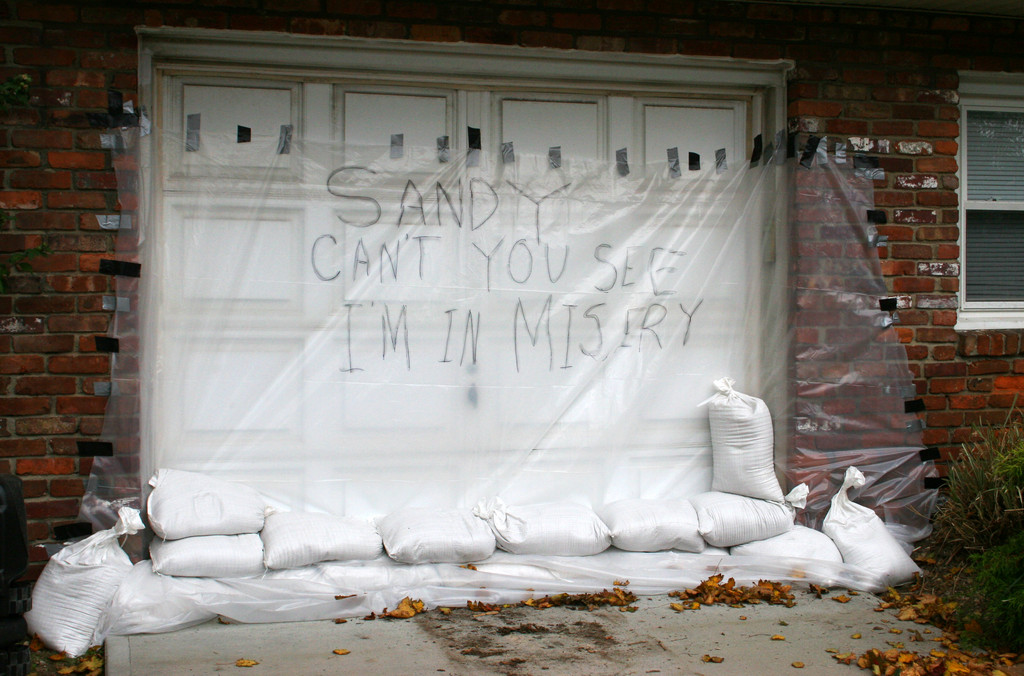 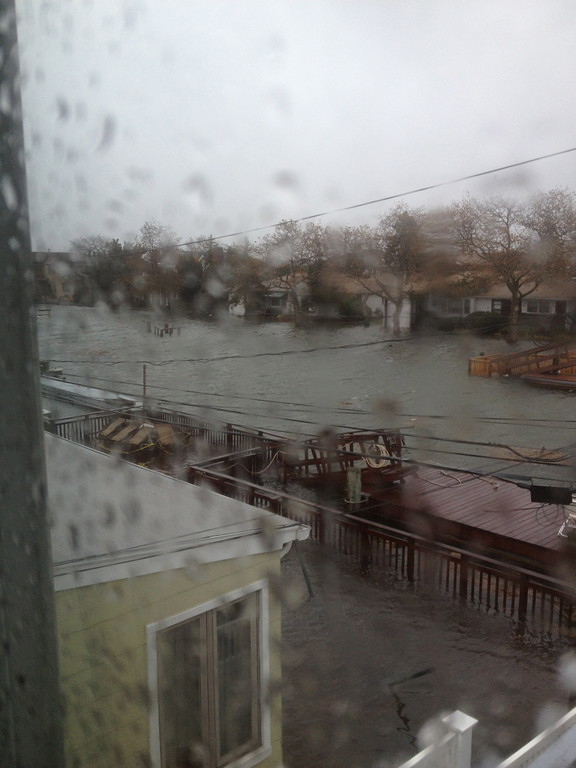 Many parts of the Canals, including Boyd Street, are already flooded.
Photo courtesy Roy Lester 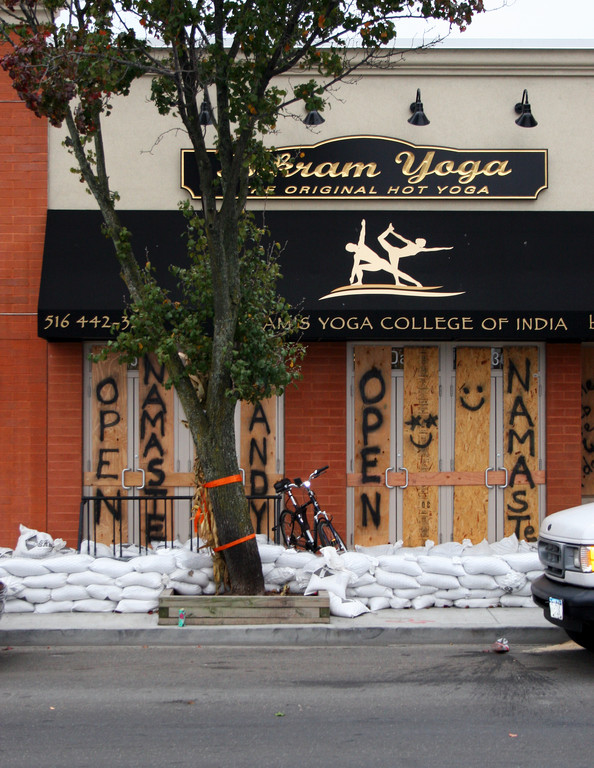 Bikram Yoga on Park Avenue boarded up and put sandbags in front of the business. Officials are expecting significant flooding.
Kristie Arden/Herald
Previous Next
By Anthony Rifilato

Long Beach officials continued to urge residents to evacuate the city and barrier island on Monday, as parts of the city have already flooded — mainly parts of the Canals and the West End — as Hurricane Sandy barrels toward the New York metropolitan area.

“It’s pretty bad in the Canals and parts of the West End,” said city spokesman Gordon Tepper. “We urge residents to take it extremely seriously …”

As of 5 a.m. Monday morning, hurricane Sandy was located 385 miles southeast of the New York. The storm is moving at 15-miles-per-hour up the East Coast on Monday morning and will soon be starting to turn to the left and aiming for the Delaware-New Jersey shoreline, according to the National Hurricane Center in Miami, Fla.

At 5 a.m. on Oct. 29, this “superstorm” was intensifying, increasing the certainty that it will bring hurricane-force winds up to 85 mph, drenching rain and heavy tidal surges from Maryland-Delaware to Long Island and beyond. In its 5 a.m. briefing, the National Hurricane Center predicted that there was an 80 percent chance the South Shore could see hurricane-force winds in the coming days, and there was a 50 to 70 percent chance that coastal areas of Long Island could see a tidal surge of at least four feet. Sandy's greatest impacts will be felt on the South Shore from Monday afternoon into Monday night, according to the National Weather Service. The storm was predicted to weaken Tuesday into Wednesday.