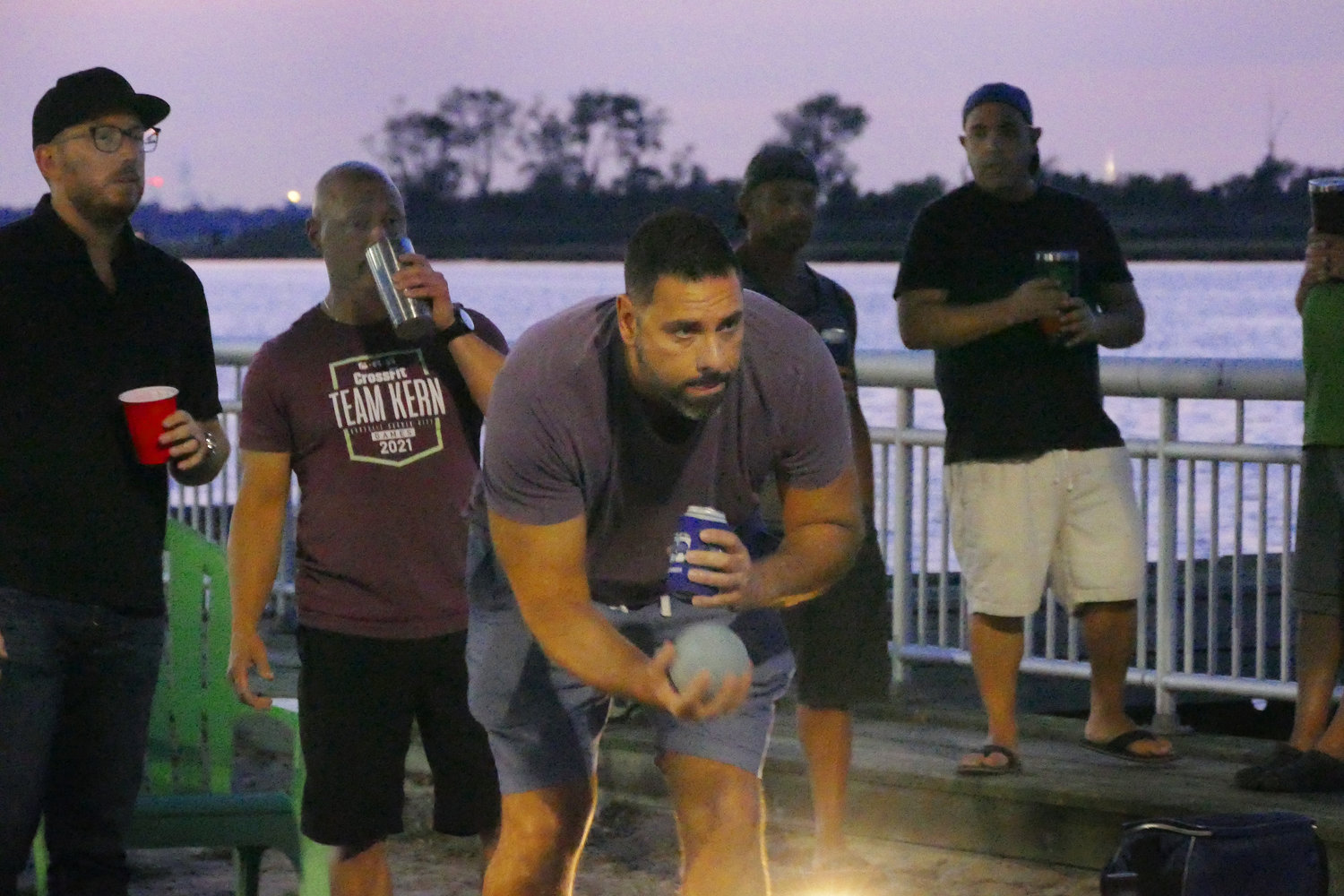 Many might not know it, but bocce ball is a serious sport. It involves sweat, tears and, of course, brightly colored balls.

The Barefoot Bocce League has been active in Long Beach since 2014, when its founder, Arnie Peltz, 73, built two courts on Riverside Boulevard by the beach, where the Superblock is now being developed. The courts were then part of what was called Barefoot Mini-Golf, because there was a miniature golf course next to them.

Two years before Covid struck, Peltz and the other players began looking for a new place to play, and they found a larger, quieter spot: They can now be found at the Long Beach Recreation Center, next to the dog park and overlooking Reynolds Channel.

The city, Peltz said, initially gave him two options for new courts — next to the dog park, or at Clark Street Park, in the Canals. After considering the relatively crowded residential area of Clark Street and the noise that league play would likely generate, he chose the former.

“We moved here about two years before Covid,” said Peltz. “I fixed it up, and built this new spot with my own money.”

This year, its fifth season at the Rec Center, the league attracted the largest crowds yet for its championship game this month — about 20 spectators. Three teams, Turkey Eye Balls, Bocce Bros and My Balls Always Touch, played for the championship, and Turkey Eye Balls won it. They were presented with a trophy after the final match.

The league consists of 35 teams, with four to eight players on each. Teams play on Tuesdays, Wednesdays or Thursdays for 10 weeks, starting in June, leading up to the playoffs. Players can join with a team, or as solo competitors and be added to a team, even if they don’t know how to play. About half of the teams that currently compete have been with the league since the beginning.

“I’ve played since the league’s first year, but joined a new team this year,” said Shari Riechelson, a member of a team called Let It Roll. “The vibes here are good — there’s music and a great group of people. It’s a hidden secret.”

A game of bocce ball begins when a member of the team that’s throwing first tosses a small ball called the jack, or target, down the court. The teams then throw their bocce balls, trying to land as close to the jack as possible without crossing a fault line. After each team throws one ball, the team whose ball is farthest from the jack throws the rest of its balls, and then the other team follows.

Points are awarded to the team with one ball, or more, that is closer to the jack than the other team’s balls. The Barefoot Bocce League measures the distance, when needed, with a can that has a string attached to it. The closest balls get one point, and two if they are touching the jack. Games are played to 12 points.

“Get the can!” can frequently be heard when friendly scoring disputes arise.

Nicole “Nicky” Fader took over as league manager for Peltz last year after playing for several years. “She has the personality to run it,” Peltz said, “and brings a key social media side.”

Fader is known around Long Beach — and apparently, Puerto Rico, which she visited this spring — as the “Bocce Lady,” a title she thoroughly enjoys.

“I went to Puerto Rico in May, and ran into people from three different teams in the league,” she said. “I was on vacation, and surrounded by bocce.”

Long Beach’s bocce league has plans to expand in the next few years. Fader and Peltz want to allow more teams to join, and have also considered adding a fourth day of play during the 10-week season.