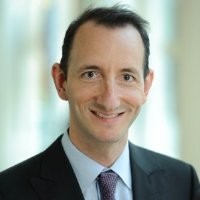 Gary Turkel's body and paddle board were found Friday at 7 a.m. by a tugboat crew about 30 miles off shore.
Linkedin
By Jeff Bessen

A search that began a few hours after Atlantic Beach resident Gary Turkel was reported missing after going paddle boarding last Sunday ended on Friday morning when Turkel’s body was found by a tugboat crew at 7 a.m., about 30 miles off shore.

After the Coast Guard suspended its search for Turkel late Tuesday afternoon, a bevy of volunteers coordinated by the Far Rockaway-based Rockaway Nassau Safety Patrol continued looking for the father of three.

“With mixed emotions we report that Mr. Gary Turkel has been found after days of extensive searching since he was reported missing, the RNSP said in a statement text to the Herald. “It is with profound sadness that we confirm Mr. Turkel has passed away. We are pleased that his grieving family is at least able to find some sense of closure now that his body has been recovered. We implore the public to treat this with an appropriate level of respect. We wish our deepest condolences to his grieving family.” The statement included the names of RNSP coordinators Elkanah Adelman, Schmuel Kassover and Sholem Klein, along with Eliezer Fuld Micha and other rescue supervisors.

Police said, Turkel was last seen at 1565 Ocean Blvd. in Atlantic Beach using his paddle board on the ocean. He was first reported missing at 6:15 p.m. on Sunday.

A family member called local authorities and said Turkel had gone out on a paddle board near the coast of Atlantic Beach and had not returned. A lifeguard on Atlantic Beach reported, he had last seen Turkel at approximately 3:30 p.m. on the paddle board without a life jacket.

“We treat every search effort as if we were searching for one of our own family members,” said Captain Edward Cubanski, III, commander Coast Guard Sector Long Island Sound, after the Coast Guard halted its efforts on Tuesday. “I would like to send my deepest sympathy and heartfelt thoughts out to the family and friends of Mr. Turkel during this tragic time.”