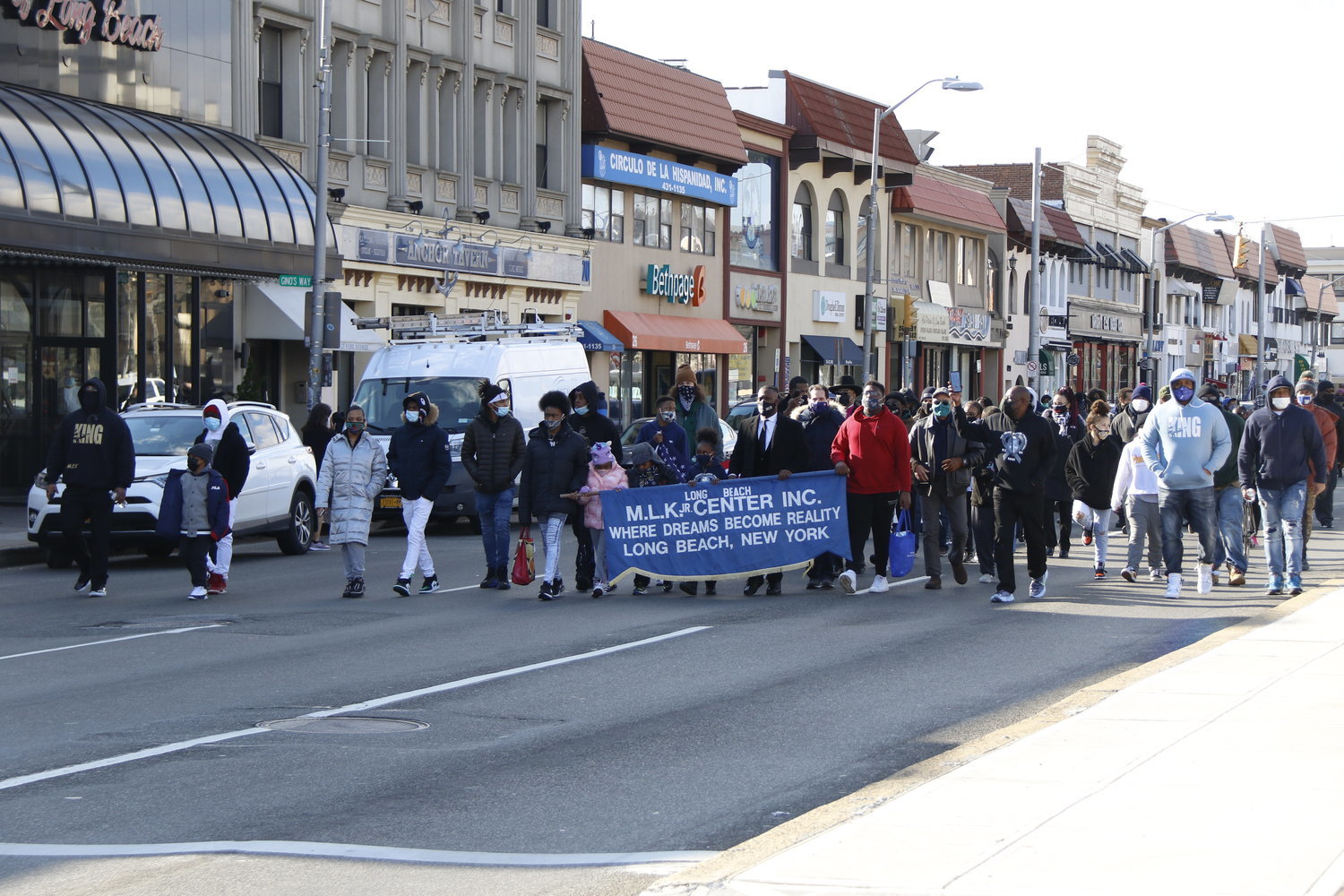 Martin Luther King Jr. Day celebrations at the MLK Center in Long Beach will be spread over three days and will be filled with activities, starting Saturday.

Sunday will feature a cleanup inside and outside the center that anyone can take part in at noon as a show of respect for the center named for King.

Monday will feature the traditional march to honor King, starting at 11:30 a.m. at Laurelton Boulevard and West Park Avenue and ending in front of the MLK Center. There will be a short rally outside the center after the march with a few yet-to-be-announced keynote speakers. The usual ceremony in the gym will not happen because of Covid-19 restrictions.

MLK Center Chairman Cedrick Coad said he does not expect a large turnout because of the weather and Covid, but said the commemoration is important. “It will be good as long as we keep the tradition going,” Coad said. “We know the importance of keeping the tradition alive.”

Rabbi Jack Zanerhaft, of Temple Emanu-El, a frequent attendee and speaker at MLK Day events in years past, said he is “always honored to be a part of the celebration.”

Zanerhaft said the temple celebrates King, as well, with a Shabbat the Friday before MLK Day. The Shabbat incorporates “music and guest speakers and always invites the African-American community to join,” he said. This year’s, on Zoom, will be the sixth annual since Zanerhaft became rabbi.

“It’s important that the Jewish community celebrates Martin Luther King Jr. and what he means to both communities,” Zanerhaft said.

Zanerhaft said he believes the city, which generally collaborates with the MLK Center for the event, has helped promote and executive it in past years, noting the City of Long Beach “does a good job getting people to walk and march, which is symbolic of Dr. King and his peaceful protesting.”

The theme of the contest is “More Than A Dream,” and the deadline is Jan. 17. The Long Beach Public Library recently honored King with a program on the three separate times King visited Long Beach – in the late 1950s, 1965 and 1968, only weeks before he was assassinated in Memphis, Tenn., on April 4, 1968.

The Zoom program, composed of live interviews with people who saw King in the city, and slides and news stories of his visit, was a joint effort of the Long Beach Public Library and the North Park Civic Association.