Rally against Port Ambrose this weekend 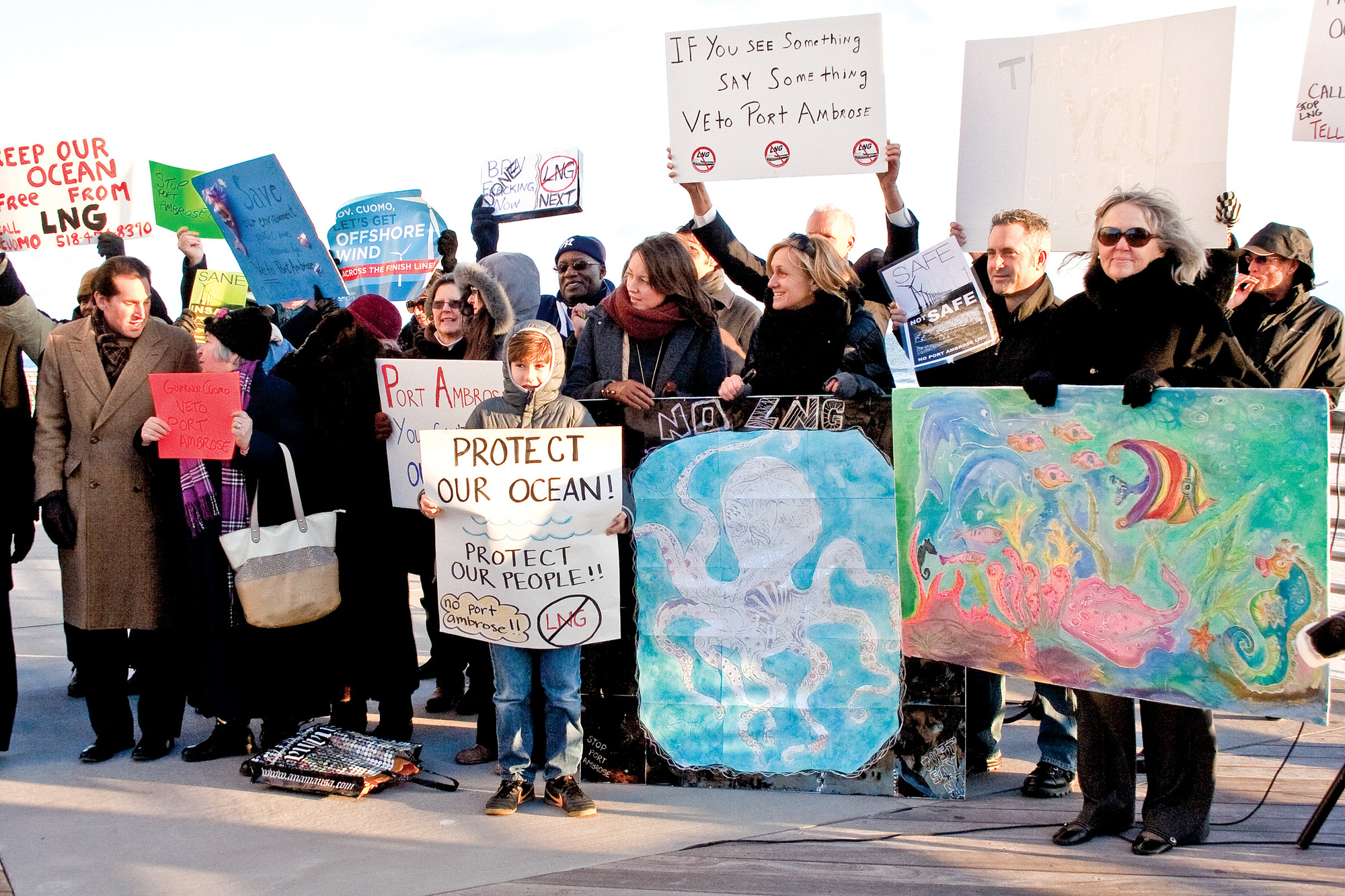 Protestors criticized the proposed Port Ambrose LNG terminal at a press conference on the boardwalk earlier this year.
Rebecca Rogak/Herald 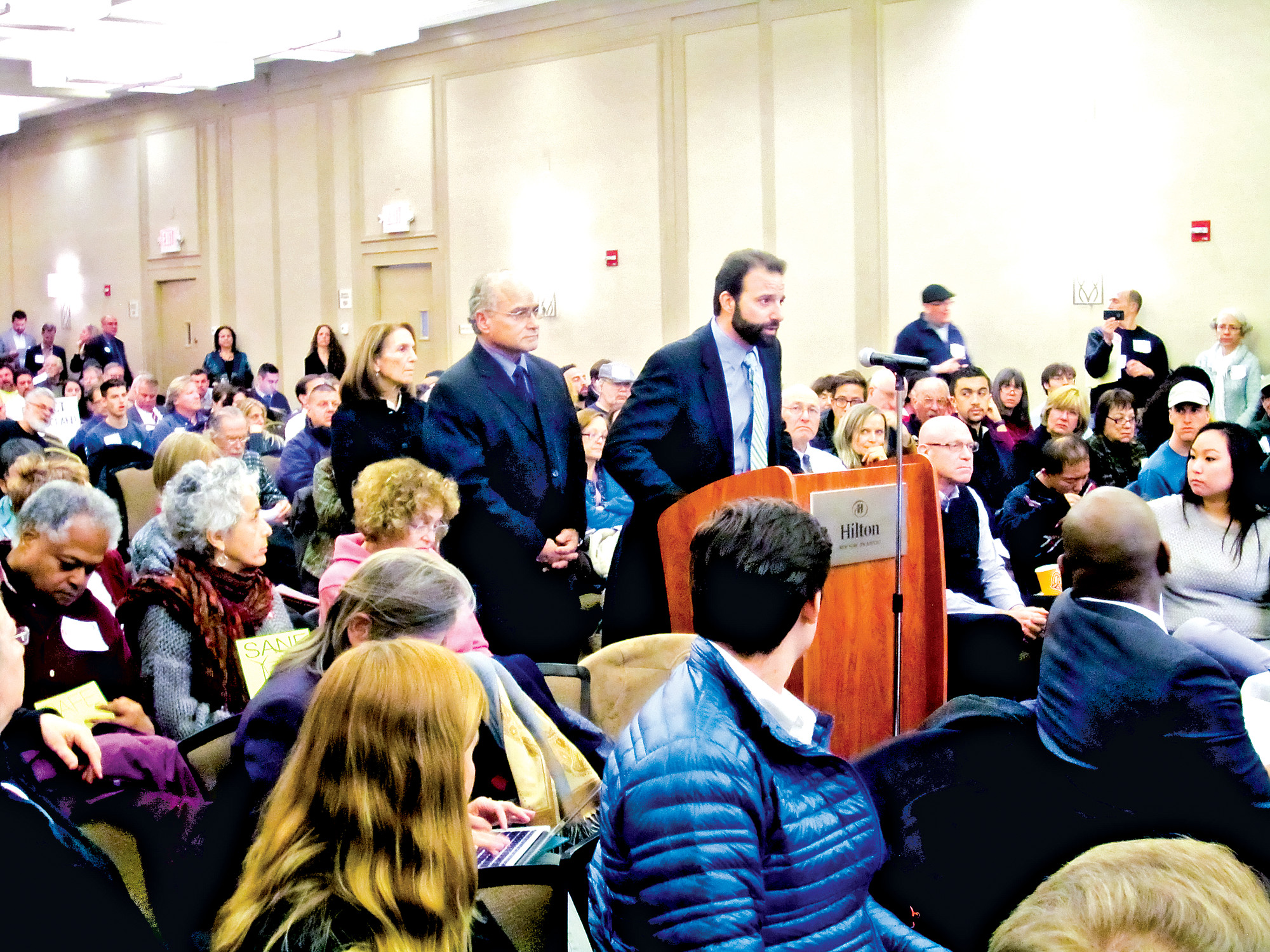 Opponents of the measure will hold a rally on the Long Beach boardwalk this Saturday at 4 p.m.

Port Ambrose, the facility proposed by Liberty Natural Gas LLC, would consist of a series of underwater pipelines and buoys that would process and pump tens of millions of gallons of natural gas through the Transco natural gas pipeline, which runs from South Texas to New York.

Gov. Andrew Cuomo has said he will decide whether to approve or veto the project by Dec. 21, and officials say that now is the critical time to speak out against the facility.

The City Council is urging residents to join them on Saturday for the protest, as well as at public hearings on the project, to be held at the Long Beach Hotel Nov. 2 and 3 from 6 to 10 p.m. In addition, a “Businesses Against Port Ambrose” press conference is scheduled for Oct. 27, at 9:30 a.m., in front of City Hall. Residents can also call the governor’s office, at (518) 474-8390, to weigh in on the issue.

Liberty Natural Gas needs federal and state approval to build the terminal in federal waters. Earlier this year, the U.S. Coast Guard and the U.S. Maritime Administration “stopped the clock” on the project to delay making a determination on it. Once the timeline resumes, Cuomo could veto the project if there is sufficient public outcry against it.

“We are in the fourth quarter and the clock is ticking,” said State Assemblyman Todd Kaminsky, a vocal opponent of the project. “Now is the time to make our voices heard, because the governor is listening. In only a few short months, we will know whether there will be a Port Ambrose LNG terminal off our shores or if common sense has prevailed. The time is now to let Albany know how we feel — that is, Port Ambrose cannot be allowed to go forward.”

Kaminsky noted that one of the public hearings is scheduled for Election Day, and wrote a letter to the Maritime Administration requesting it be rescheduled.