F.S. group reveals renovated home to Elmont resident after over two and a half years of hospitalization 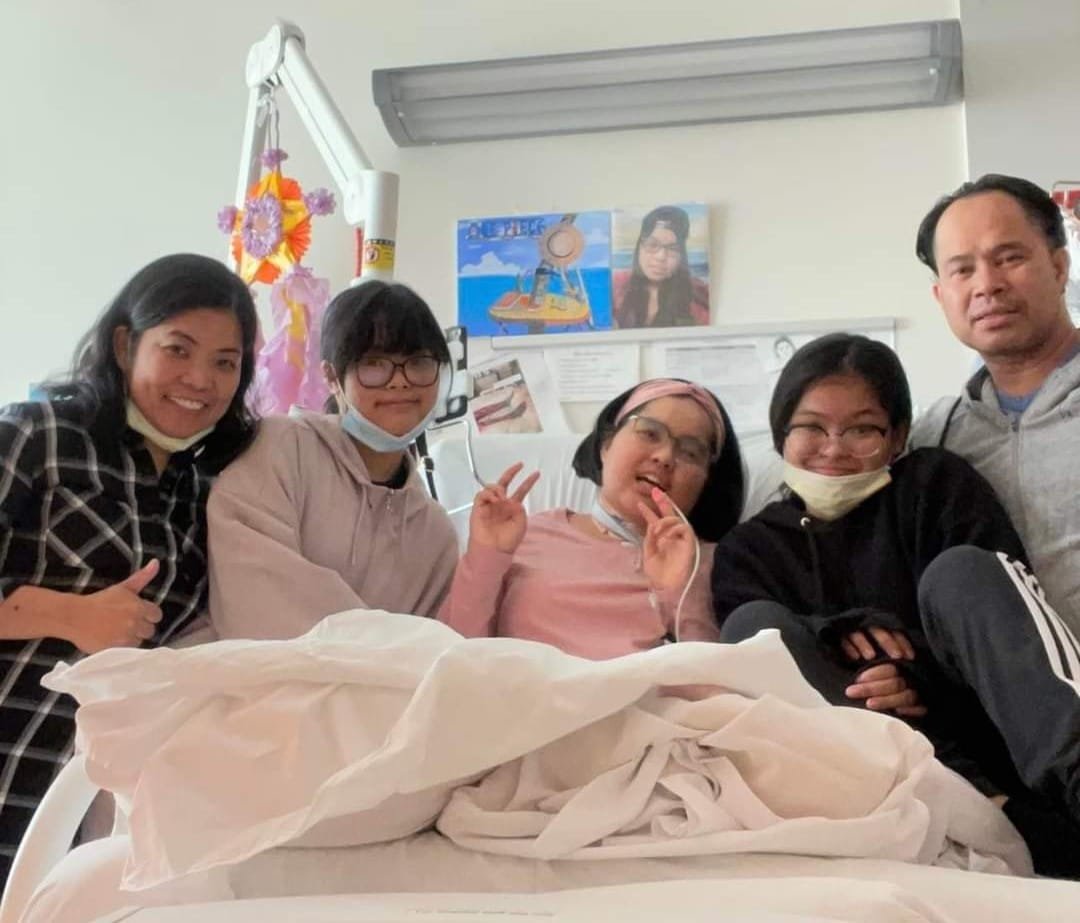 Kelly, center, with her sisters, Kiana and Kiara, and her parents, Joel and Carina.
Courtesy Rescuing Families 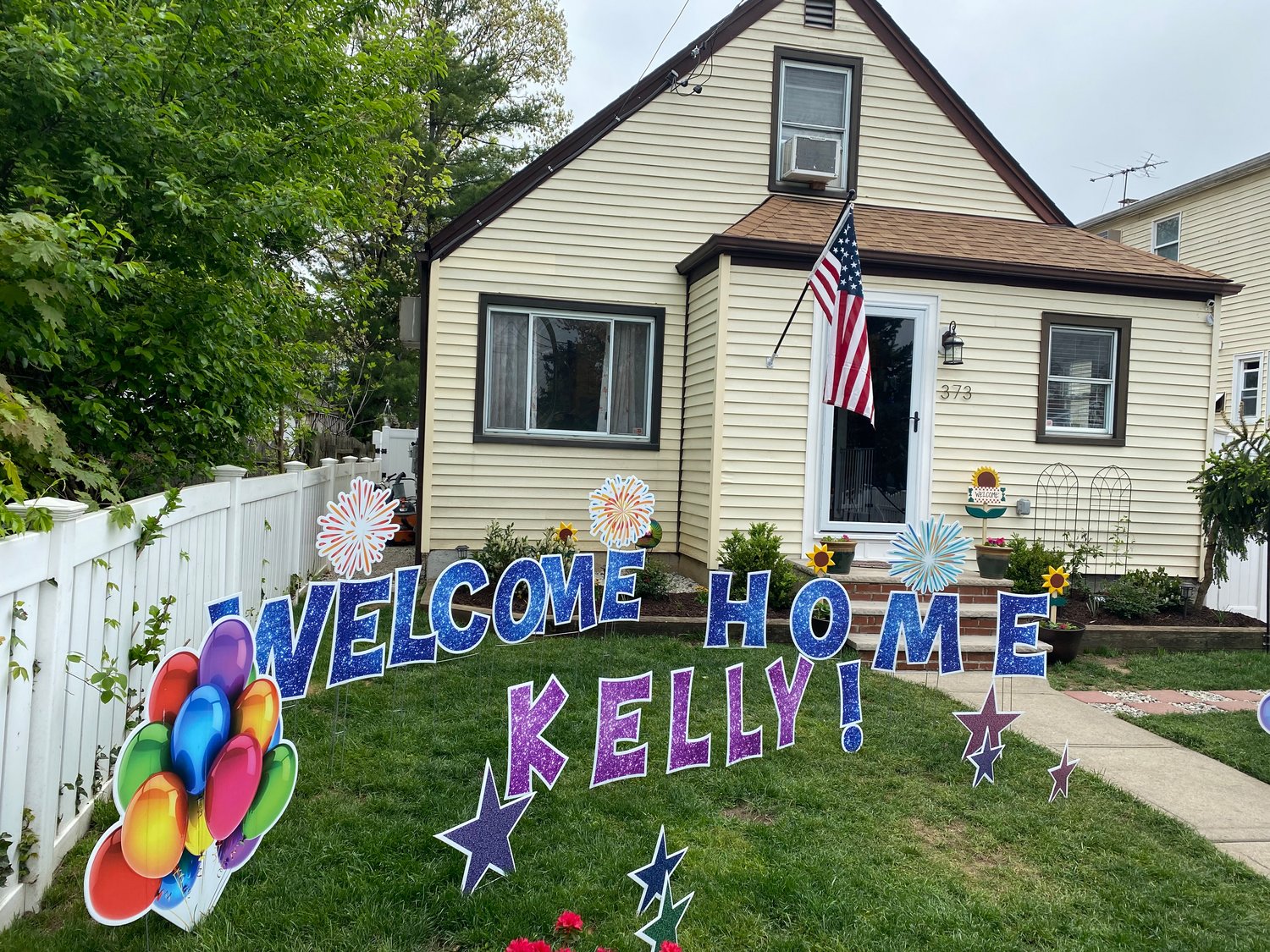 Kelly Arcillas returned to her Elmont home, at 373 Randall Ave., on May 12 for the first time in over two years.
Robert Traverso/Herald
Previous Next

Kelly Arcillas returned to her Elmont home for the first time in over two and a half years on May 12. It had recently been renovated by the Franklin Square-based nonprofit Rescuing Families to help Kelly, who was diagnosed with a rare disease in the summer of 2019 and now uses a wheelchair to get around.

“It was an absolutely amazing day,” said Gina Centauro, co-founder of Rescuing Families, which reconstructs houses for those in need across Long Island. “Lots of cheers, and all happy tears,” Centauro added, describing the long-awaited day outside 373 Randall Ave.

Arcillas, 18, returned to her home in a medical transport vehicle with a huge smile on her face, triumphantly repeating that she was finally home, Centauro said.

32 months ago, life for Kelly, then 16, and her family — her parents, Joel and Carina, and her twin sisters, Kiana and Kiara, 13 — changed forever when Kelly was suddenly hospitalized when the family returned home from a vacation. After spending nearly three months in a coma, she was diagnosed with autoimmune encephalitis, a combination of related autoimmune conditions that leads the immune system to attack brain cells.

Before she came home last week, Kelly had been treated at various hospitals since September 2019. She remains paralyzed from the waist down, has lost 90 percent of her vision and relies on a ventilator and a gastronomy tube for daily nutrition. At her homecoming, she and her family, whom Centauro and her husband, Rescuing Families Co-founder Vinny Centauro, grew close with during the renovation, were overcome with emotion.

Joel Arcillas had cooked lunch every day for the Rescuing Families volunteers, whom he worked side by side with and who included the Centauros. “This is the first time we’ve ever had assistance from a family member, or even having them living in the home while we’re doing the renovation,” Vinny previously told the Herald, emphasizing the unique nature of this project and the bonds among him, his wife and the Arcillases.

Kelly’s mother, Carina, had not slept in her own bed in two and a half years, instead spending nights at the hospital with her daughter, Gina Centauro said. “She was just relieved to be able to be home and take care of her other girls and take care of the household and be able to have Kelly home,” Gina said, adding, “Kelly belonged home.” Even so, her return was delayed this month when she was readmitted to a hospital with an infection.

The Arcillas family’s home was renovated by Rescuing Families to ensure that Kelly will be able to live there safely. A new deck and ramp allow her to enter in her wheelchair, Centauro explained. The hallways, flooring and doors were also widened and reinforced.

Keller Williams Legendary, a real estate firm with an office in Franklin Square that has supported Rescuing Families projects in the past, presented a $1,000 check to the organization on the day of Kelly’s return to kickstart the nonprofit’s next project, which is planned to help a Malverne family.

Gina Centauro described the upcoming project as a “major renovation.” The plan is to create two easily accessible bathrooms and two decks with a ramp for an elderly couple who have a 43-year-old son with, among other disabilities, cerebral palsy. He has used a wheelchair his entire life, and the accumulated effort of caring for him his taken its toll on his parents, who are both over 70.

On Memorial Day weekend, Rescuing Families will kick off a series of charity yard sales to raise funds for the Malverne project. A barbecue fundraiser will also be held on July 10. Tickets for the BBQ can be purchased on the nonprofit’s website, https://www.rescuingfamilies.org/.

Gina Centauro summed up the reason for both the Arcillas family project and the upcoming renovation in Malverne, saying simply, “To make their lives a little bit easier.”