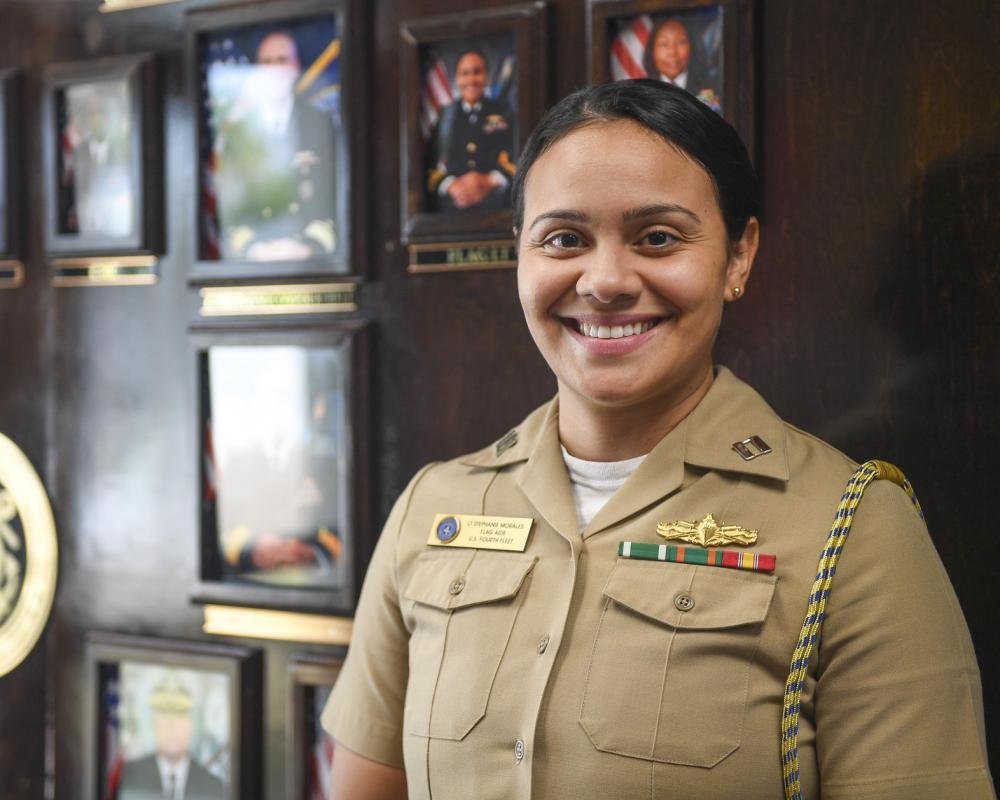 Lt. Stephanie Morales, a 2012 graduate from Freeport High School and a 2017 graduate from Virginia Tech in Blacksburg, is proud to serve her country this Armed Forces Day as the flag aid for U.S. Naval Forces Southern Command/U.S. 4th Fleet.

The month of May marks Military Appreciation Month, and includes Armed Forces Day, which honors those currently serving in the military, and Memorial Day, which honors the sacrifices of those who died while serving their country. Armed Forces Day is celebrated on the third Saturday of May and stems from the unification of the armed forces under the Department of Defense to promote stability in the  Caribbean and Central and South America.