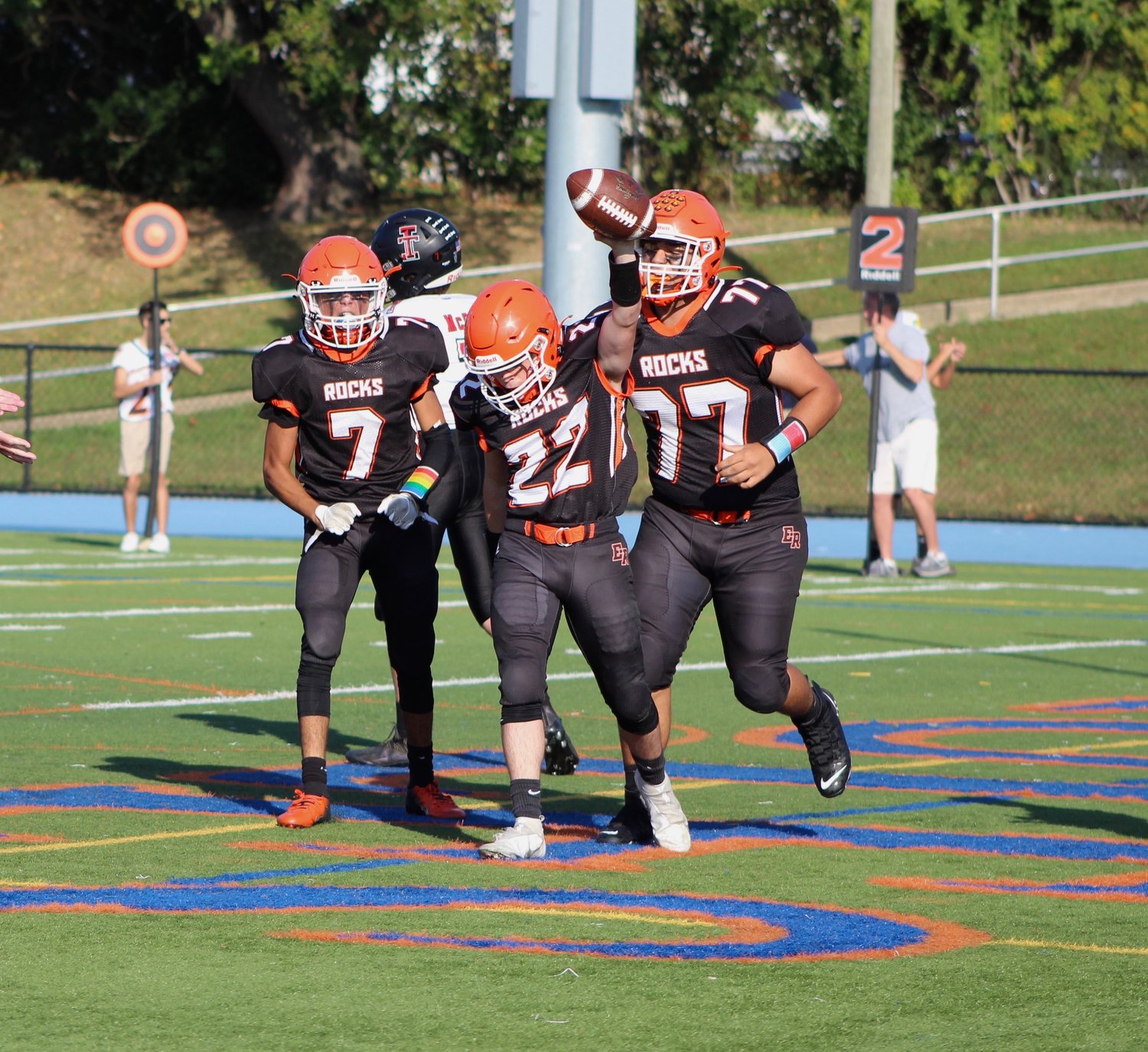 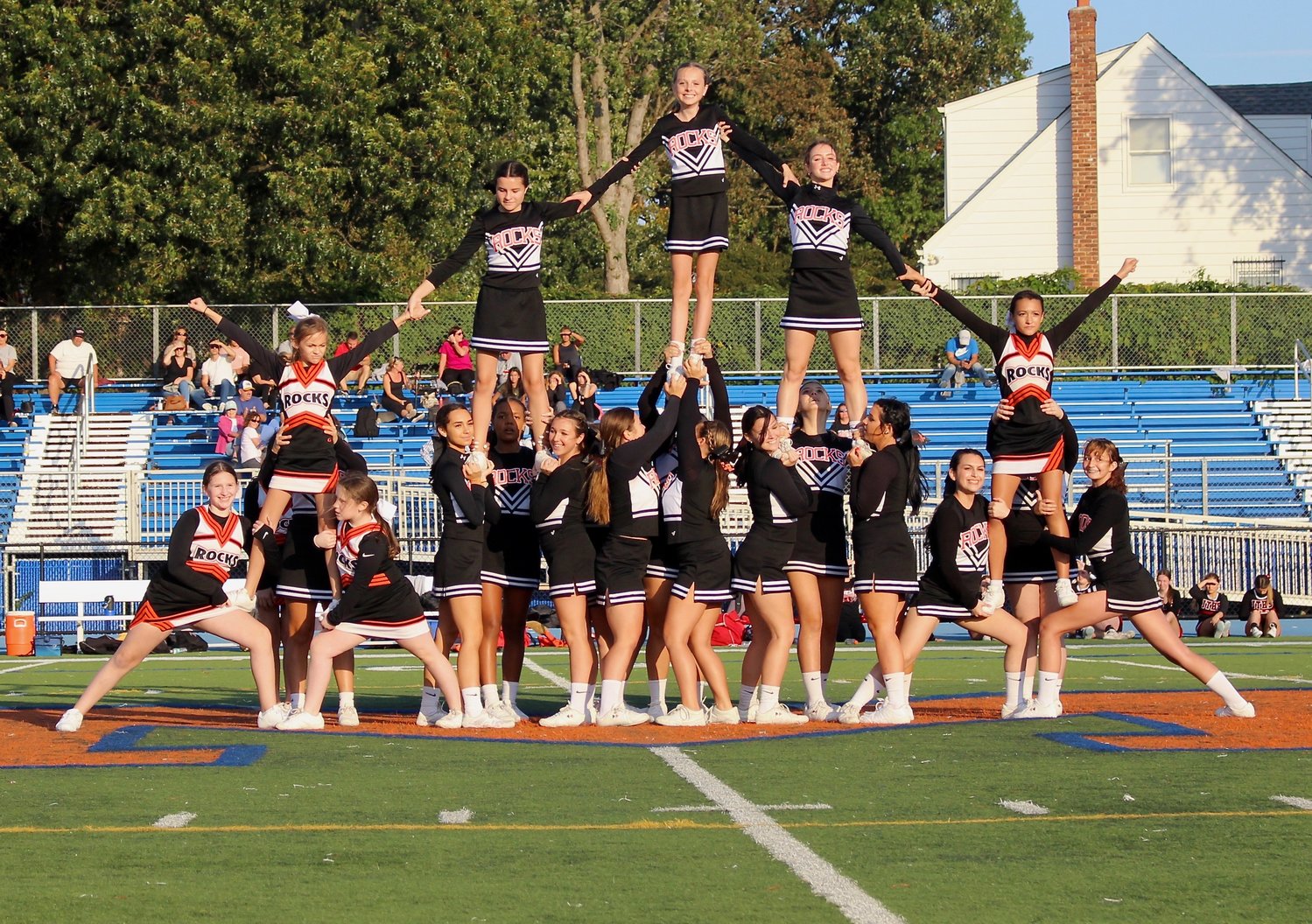 It was a beautiful day during the East Rockaway School District’s Homecoming celebration, as members of the Board of Education, administrators, staff, students and members of the community joined together to support the varsity football team in its game against Island Trees on Saturday.

The Homecoming game took place at Malverne Senior High School and was equipped with a variety of concession stands and merchandise tables for members of the East Rockaway community to stop at. The varsity football team did not disappoint, as the Rocks dominated Island Trees with a 28-7 victory. In addition, the East Rockaway Junior-Senior High School band and cheerleading squad provided the halftime show and further amped up the crowd throughout the game.

The district also hosted its annual parade before the pep rally celebration on Friday. This year’s Homecoming royalty were also announced during the rally, which included king and queen Brandon Velasquez and Mimi Bilardello; staff members Jessica Risso and Dan Vito; and prince and princess JohnCarlos Ayestas-Figueroa and Rikki Caracciolo.