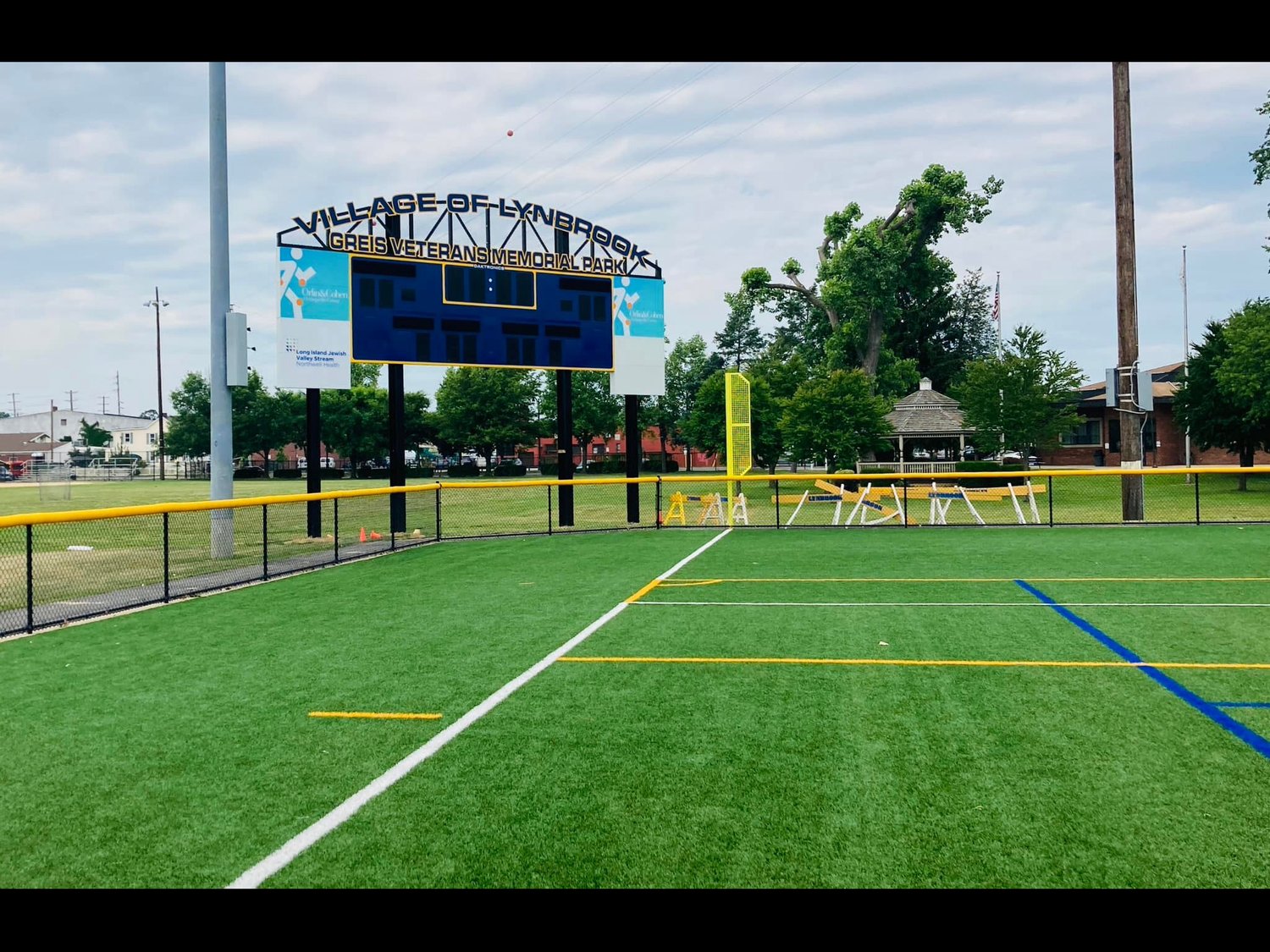 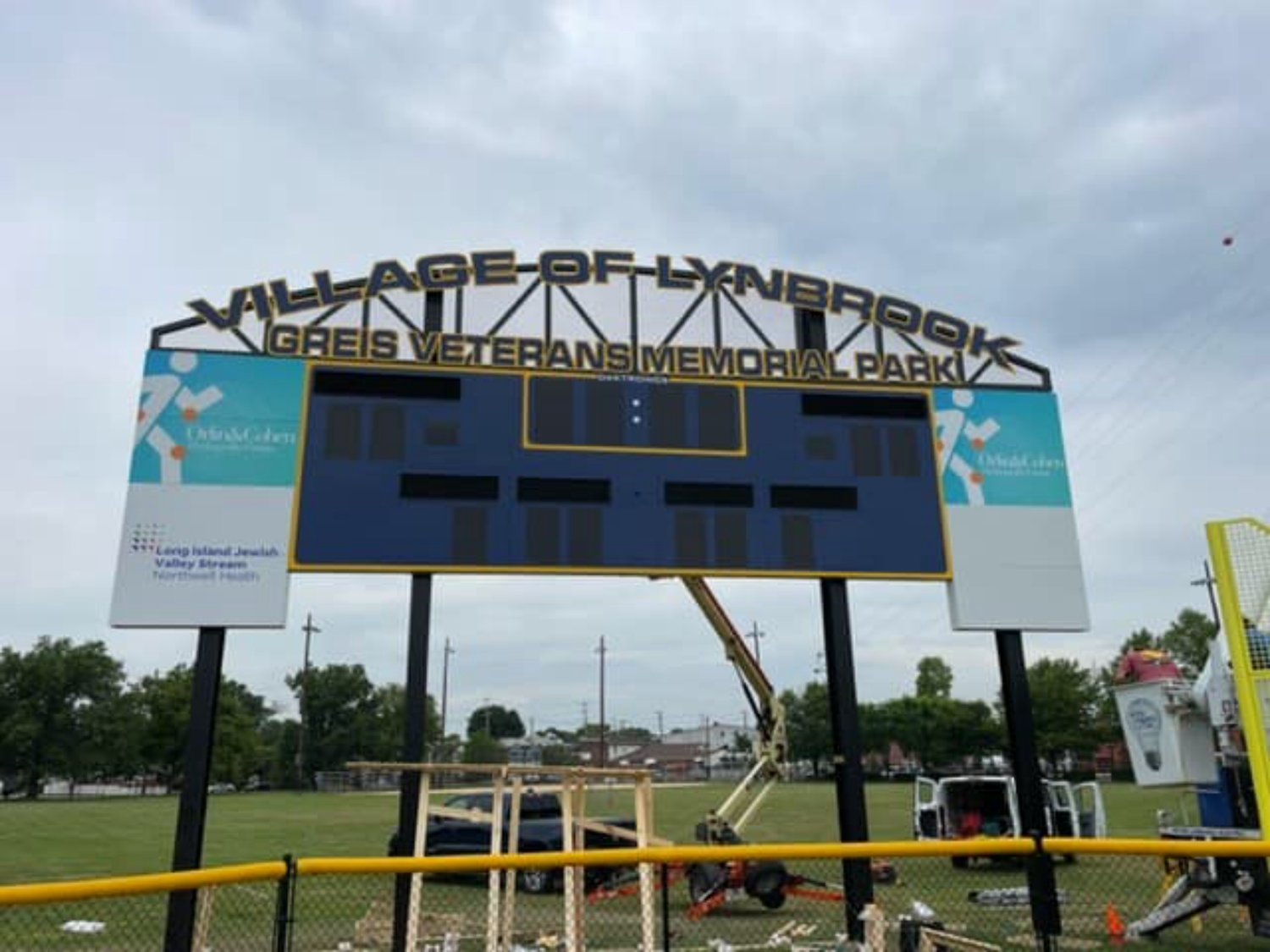 The upgrade and beautification of Greis Park recently took another step with the installation of a new scoreboard and the addition of a turf field.

The turf fields come as village officials are working toward beautifying and upgrading the seven-acre park on Wilbur Street. “We are pleased to complete major items such as constructing a multi-use turf field with a scoreboard and improved connectivity of walking paths,” said Mayor Alan Beach.

Greis Park has athletic fields, trails, picnic areas, and playgrounds. The park is visited annually by over 20,000 patrons and is the home of the Aquatic Center with a pool, spray park, and kiddie pool. The park hosts many of the community’s recreation programs and youth leagues. It also serves as the site of several annual events.

The park features a Little League field and three other ball fields, a basketball court, two playgrounds, and hockey rink. The park is a staple of the Lynbrook community but village officials and residents have been seeking upgrades for a long time.

Recent improvements were funded through a grant secured by County Legislator Bill Gaylor.

When the plans to upgrade Greis Park were approved by village officials in 2018, residents told The Herald of the many park amenities they wanted to see, including a dog run, walking, and bike trails, shaded areas over the playgrounds, a community garden, new bleachers, a fitness center and more.

The board talked about revamping the main building at the park, which houses most of the park’s recreational activities. There were discussions about replacing the playing fields with artificial turf when talks of upgrades began. Tom Diehl, a project manager at GreenPlay told The Herald in 2018 that he believed turf is a good alternative to natural grass, stating “an artificial-turf field can provide many more hours of participant usage each day without the surface wearing out.”

“All the Passive Park projects at each Park have been completed,” Beach said. Improvements to Greis Park’s Hockey Rink and Little League field are expected to be completed by the fall.

According to the Mayor, a $300,000 grant was pending for a rubberized walking path at Greis Park, but a grant request to Senator Todd Kaminsky has not come to fruition, and new funding sources are being explored.

As improvements in the park continue, the Mayor said he received feedback from residents about the projects that have been completed. “All comments have been positive,” said Beach. “Park attendance has increased, and recreation programs available for all ages have tripled over the past few years.”