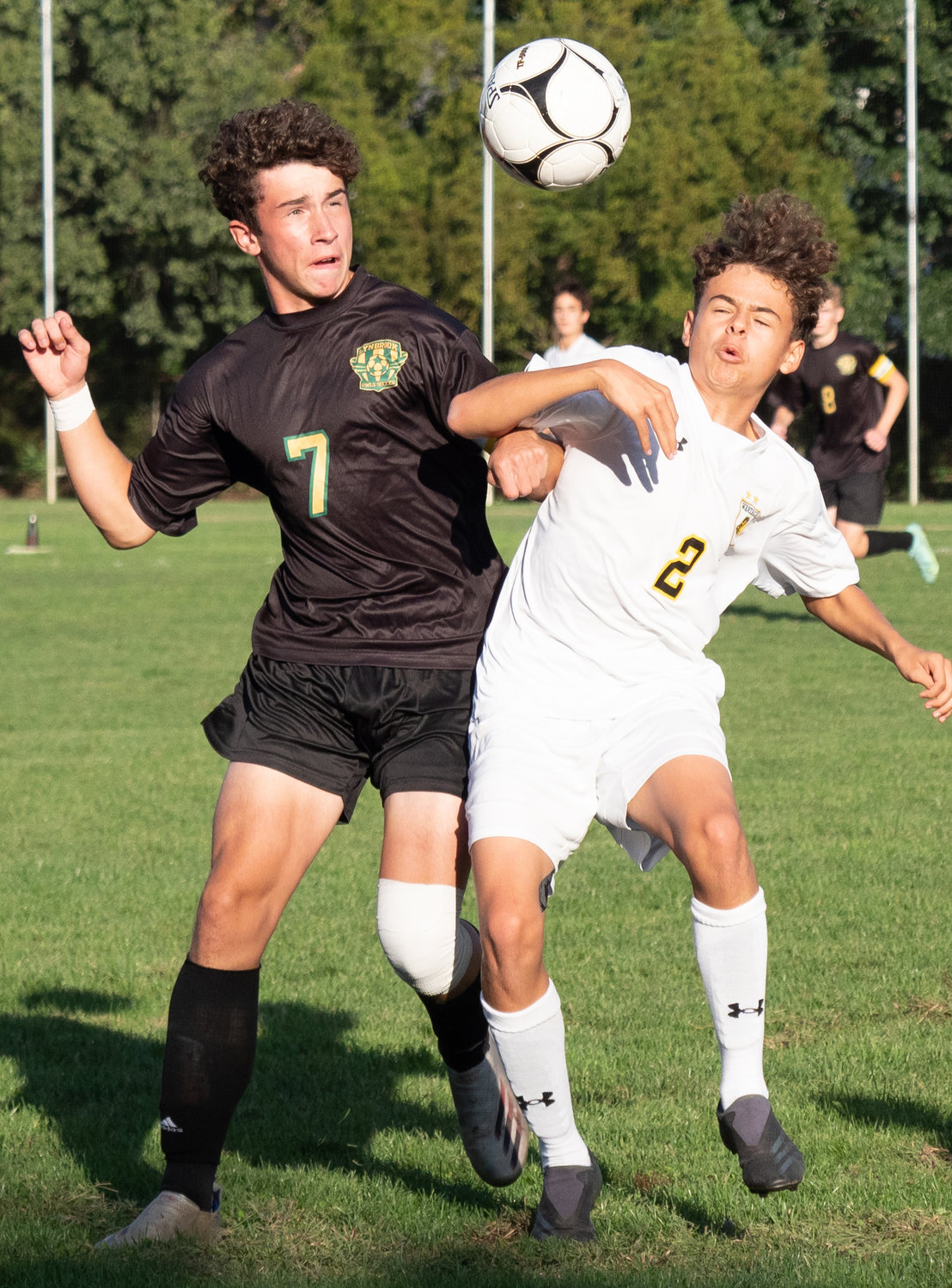 Casual fans can trace Lynbrook’s turnaround to the midpoint of last season, when the winless Owls went on a 4-0 stretch-run to seal a share of the conference crown in Nassau A6 boys’ soccer, going 5-3-2 overall on the season, which ended with a first-round overtime loss to Mineola in the Class A playoffs.

But longtime Lynbrook coach Josh Berlin – whose team, at 4-1-1, is a game and half behind first-place Mineola in Nassau A4 – believes the Owls in fact turned the page two years ago, when Lynbrook, coming off a stretch of sub-.500 seasons, beat reigning Nassau champion Mepham, 3-2, in an out-bracket game in overtime, having “snuck into” the playoffs with a .500 record.

“We knocked off the defending county champs,” Berlin said. “For a number of years in a row we struggled. But winning and losing in soccer is cyclical, and over the last few years we’ve had the right pieces. Winning and success breeds more.”

Two of those key pieces – All-Conference senior striker Connor Lynch, and Honorable Mention All-County midfielder Sebi Cuenca, a junior – share the team lead and rank second in the conference in goals with six apiece, and have each notched a hat trick this autumn. “Connor has been a strong force,” Berlin said. “We’ve actually taught him to be more selfish and opportunistic instead of always looking for his teammates. Sebi’s our playmaker in the midfield. He’s dominant on the ball.”

All-Conference midfielders John Schachinger (senior) and Riley Fowler (junior) have helped catalyze an Owls offense that is second in A4 with 14 goals. “John is very good with the ball and has excellent vision,” Berlin said. “He finds his way behind the defensive line often. Riley is our general; he sets the tone in the middle of the field. I think we have a talented group of midfielders who do a good job possessing the ball.”

Defenseman Carlo Pantano, an All-Conference junior, and senior goalkeeper Haris Cekic lead Lynbrook’s top-ranked defense (0.75 goals per game). With opportunities to showcase curtailed by his teammates’ defensive dominance, Cekic’s 26 saves (fourth in A4) only partly tell the story of the six-foot-three goalie’s contributions, which include two shutouts in six full outings.

“Haris has done an admirable job,” Berlin said. “Having his height and his very big wingspan is a great asset. He can get up off his line and win a lot of balls in the air and keep opposing teams from converting. He also has a big punt, about 70 yards, which becomes a weapon for us, big-time.”

Lynbrook looks to avenge its lone loss when it travels to Mineola (5-0) next week for a contest which could very well decide the conference championship – a stark change in the conversation from only three seasons ago, but one that this Owls squad is growing increasingly accustomed to. “These players have brought that winning culture back to the program,” Berlin said. “We’re not looking past anyone. But we certainly have high expectations for ourselves now.”