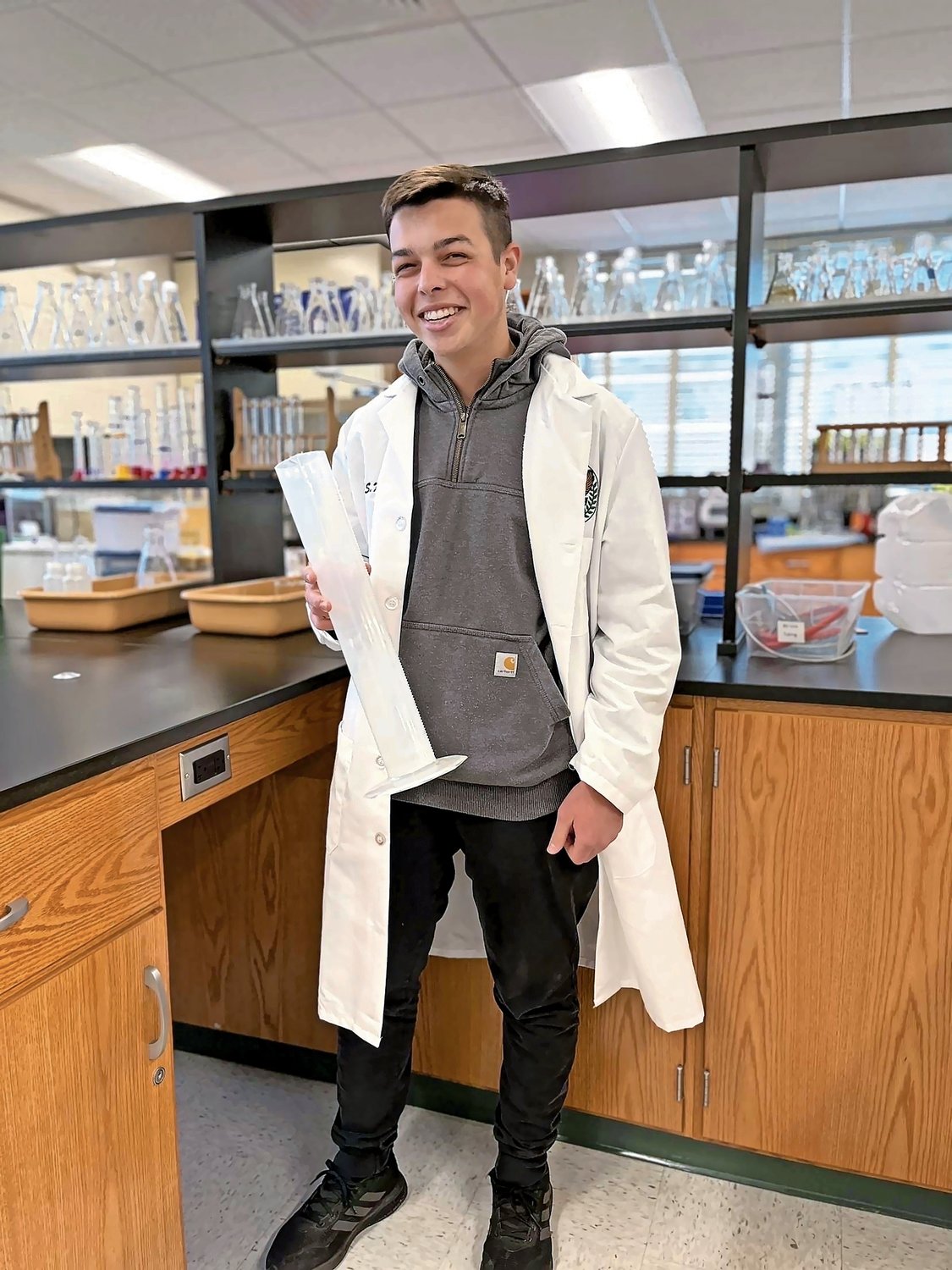 “It was very exciting,” Krivitsky said. “It was good to have everyone around me in the research program be there when I found out that I was recognized.”

“Each year, nearly 2,000 students submit original research in critically important scientific fields of study and are judged by leading experts in their fields,” Gayle Kansagor said in a press release. “The Regeneron Science Talent Search focuses on identifying, inspiring and engaging the nation’s most promising young scientists who are creating the ideas that could solve society’s most urgent challenges.”

Krivitsky is one of only 300 students from across the nation to earn the honor of becoming a Scholar. His experiment was called “Investigating Flavonoids as a Potential Therapeutic Against the Degenerative Effects of Amyotrophic Lateral Sclerosis in Drosophila melanogaster.” This project involved the use of fruit flies to test the effect of flavonoids — found in various plant-based foods — on slowing the degeneration caused by ALS.

“ALS is well known for its effect on muscle control, but my research focuses on its effects on learning and memory,” Krivitsky said. “And also on the ability of flavonoids to reduce the effects.”

Matthew Sarosy, principal of the Lynbrook High School, was thrilled that one of his students was honored. “We’re incredibly proud of both Sean to be individually recognized and then also on behalf of the entire science research program that Sean now represents,” he said.

Krivitsky’s interest in science started in middle school where he was part of a science program there. “Through that program, I was able to explore the different fields of science,” he said.

Krivitsky’s research began during his sophomore year, when he started to discover the best techniques for testing his hypothesis. In his submission for the Science Talent Search, Krivitsky completed a research paper on his project. His exemplary test scores and grades were taken into consideration.

Krivitsky’s findings can eventually lead to real-world applications, as more flavonoids are tested to potentially lead to a treatment for ALS. While Krivitsky is not yet committed to attend a particular college, he hopes to study biochemistry.

“I am very happy to be recognized for my project,” Krivitsky said. “A future in science is a career I would like to pursue.”

On Jan. 24, 40 of the 300 scholars will be named Regeneron Science Talent Search finalists. The finalists will then compete for more than $1.8 million in awards during a weeklong competition in Washington, D.C., taking place March 9-15.