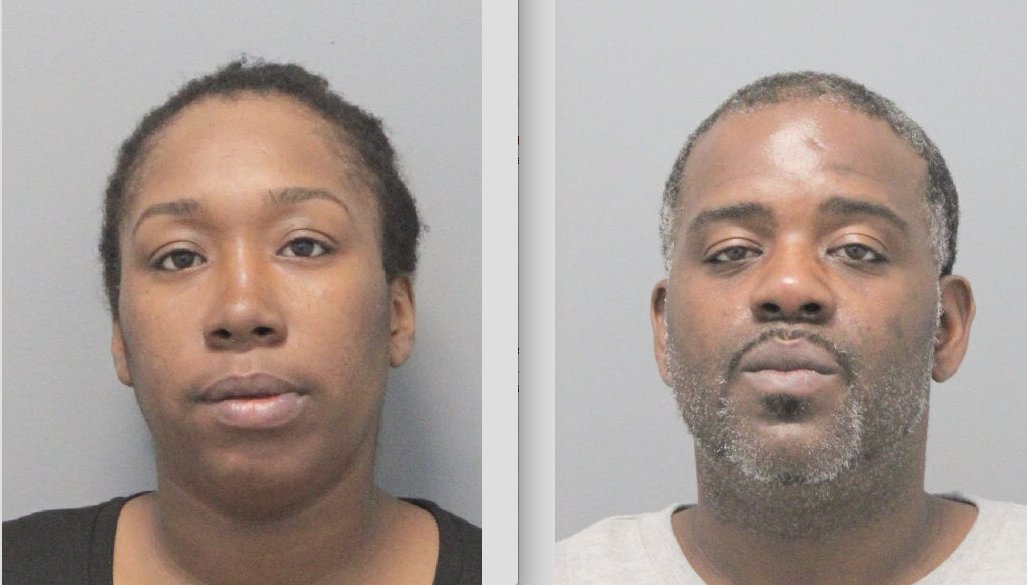 Satoya L. Mccoy and Rashawn R. Williams, both of Far Rockaway, are charged with several counts for alleged criminal possession of a firearm.
NCPD
By Jeff Bessen

Multiple gunshots in the area of Bayview and Walcott avenues in Inwood at 12:30 a.m., on May 16 drew the attention of two officers from the Nassau County Police Department’s Bureau of Special Operation conducting crime prevention enforcement in the Five Towns.

Police said that the Crime Scene Unit recovered 18 shell casings and three bullet fragments from the scene. The subsequent investigation uncovered a description of people allegedly involved in the shooting.

A brief time later, the police saw two men and a woman in Terrace Garden Park on St. George Place, also in Inwood. Two of the three people matched the descriptions, police said.

Then Satoya L. Mccoy, 31, of Redfern Avenue, in Far Rockaway, was seen throwing a black and silver Smith & Wesson 9mm handgun on the ground, according to police, who added that the gun had a 16-round, high capacity magazine inserted into it. The gun had been reported stolen by the Plymouth Police Department in North Carolina.

Rashaw R. Williams, 38, also of Redfern Avenue, in Far Rockaway, resisted arrest by flailing his arms and ignoring commands, police said. He was finally placed in handcuffs. He was in possession of a loaded gray and black Colt. 45 caliber handgun, police said. The firearm had been reported stolen by the South Charleston Police Department in West Virginia.

Deshaun T. Gray, 26, of East 144th Street in the Bronx, was arrested for being in the park after sunset. He was issued a desk appearance ticket and released.