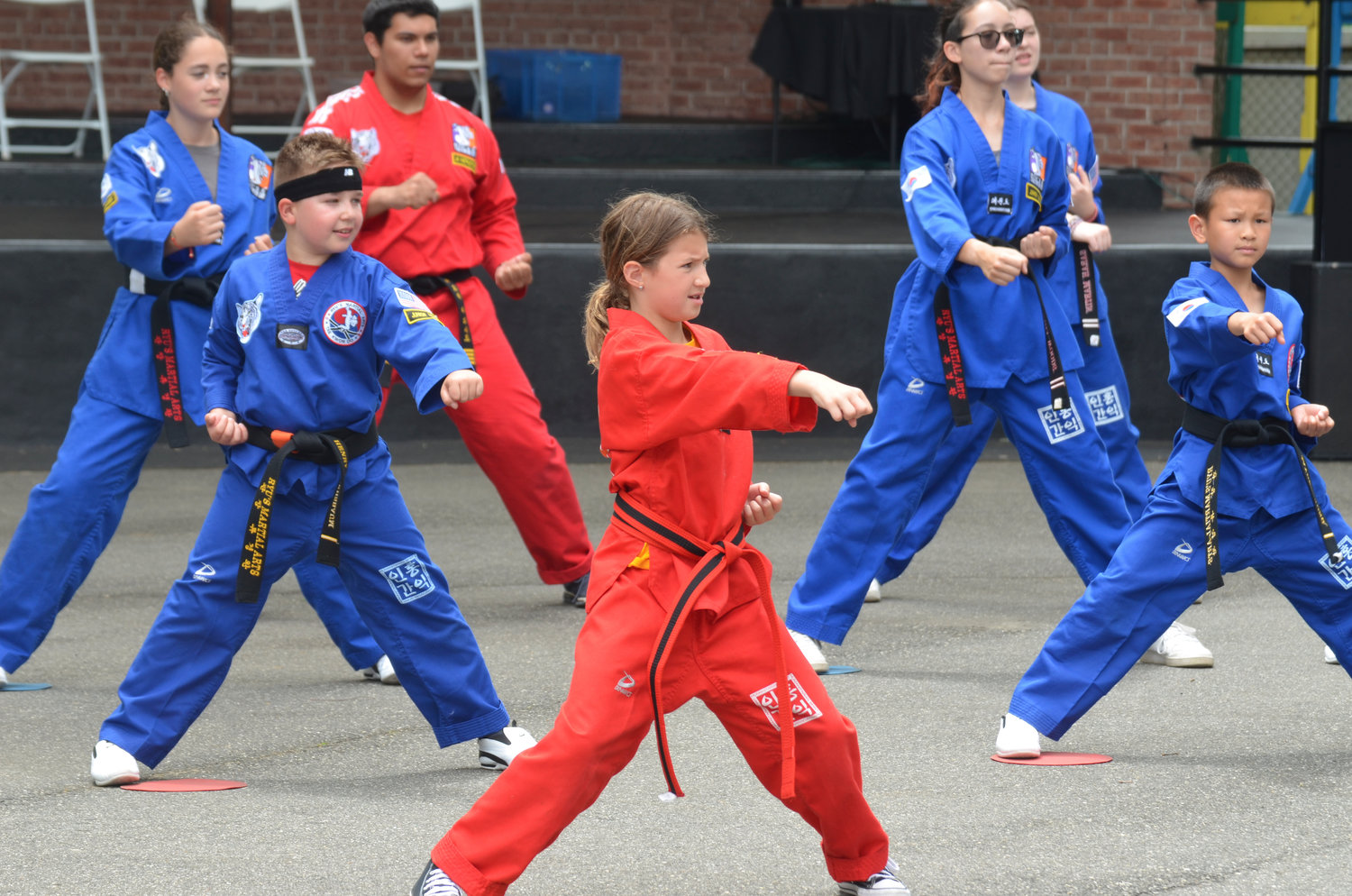 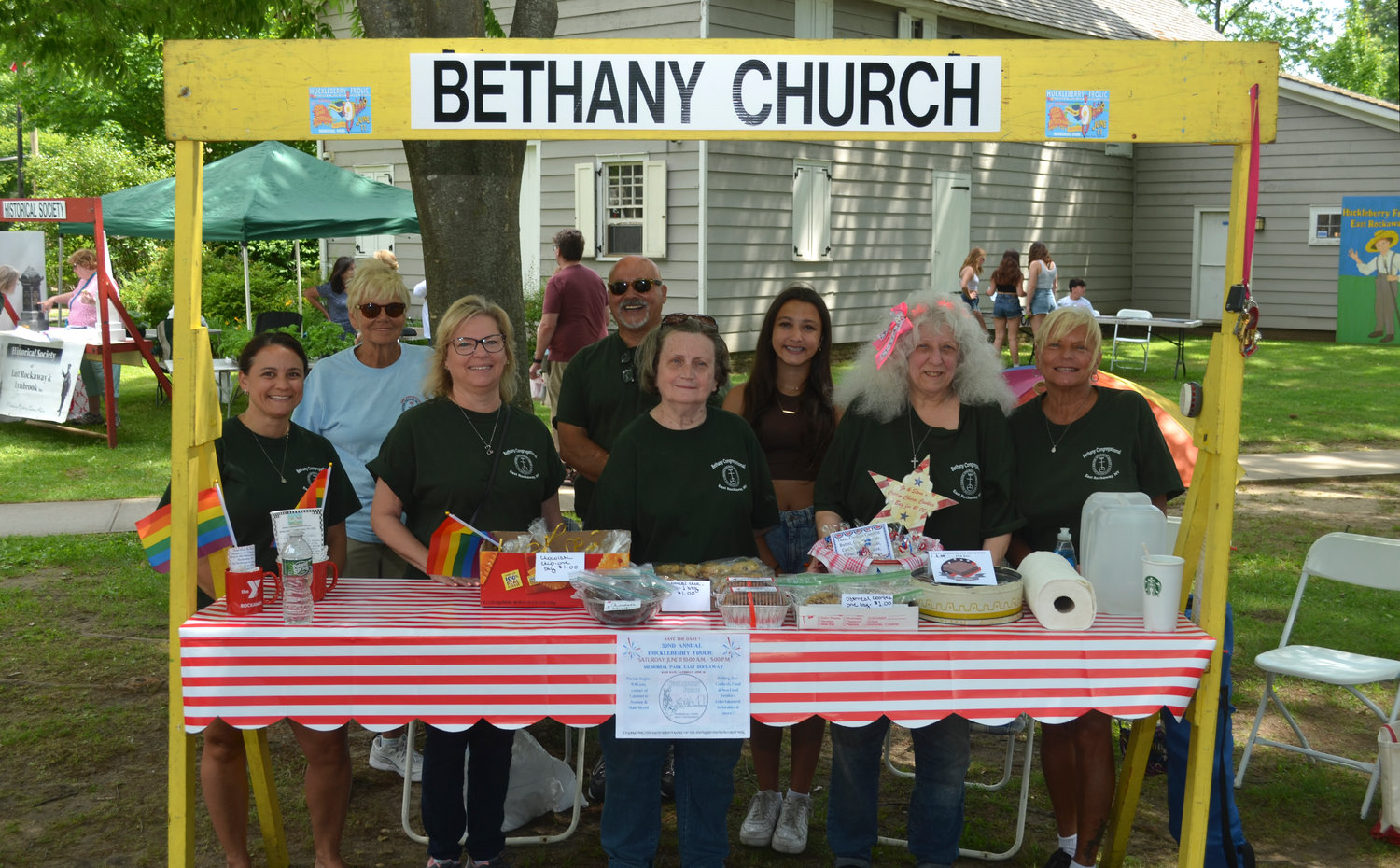 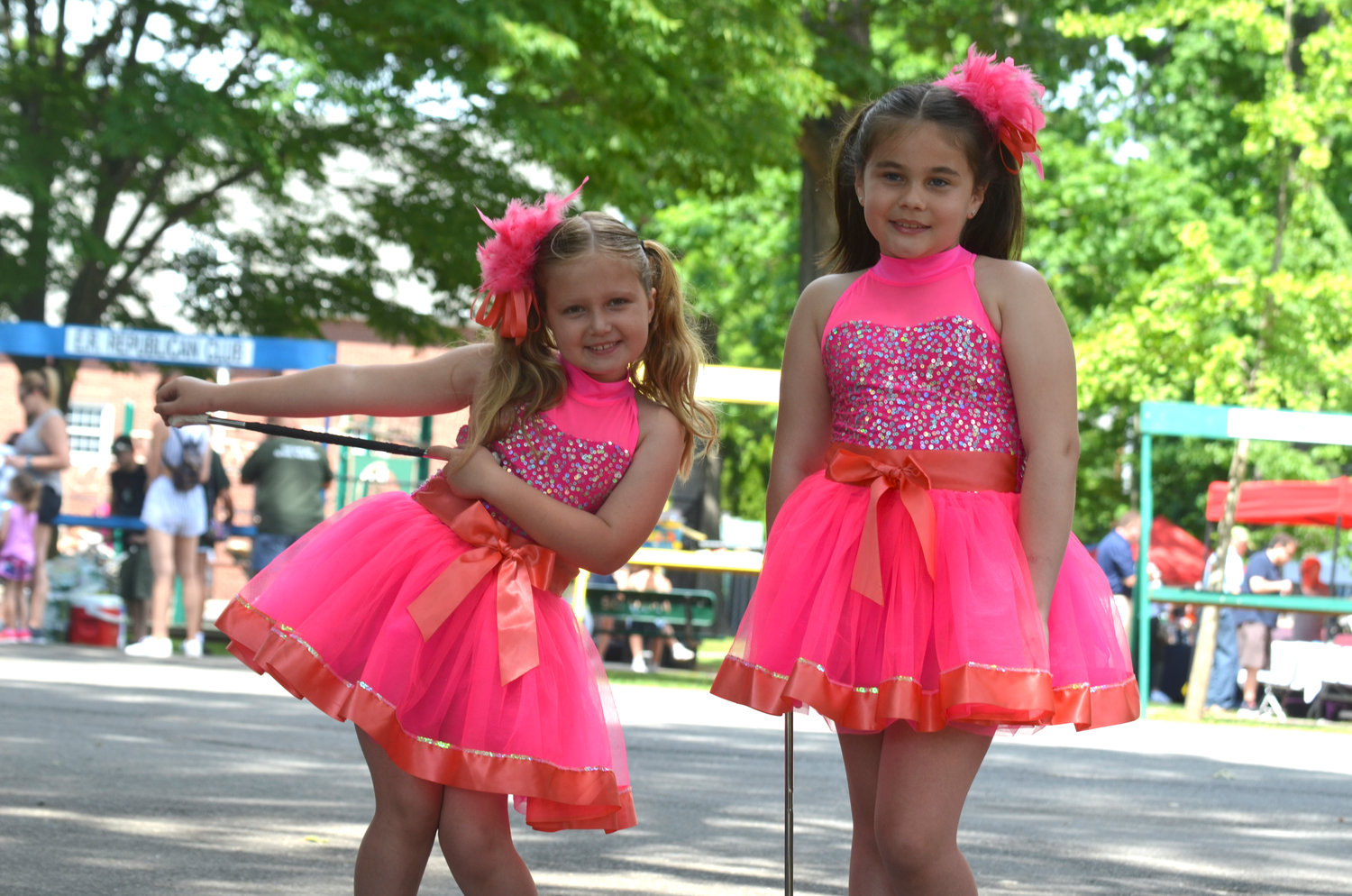 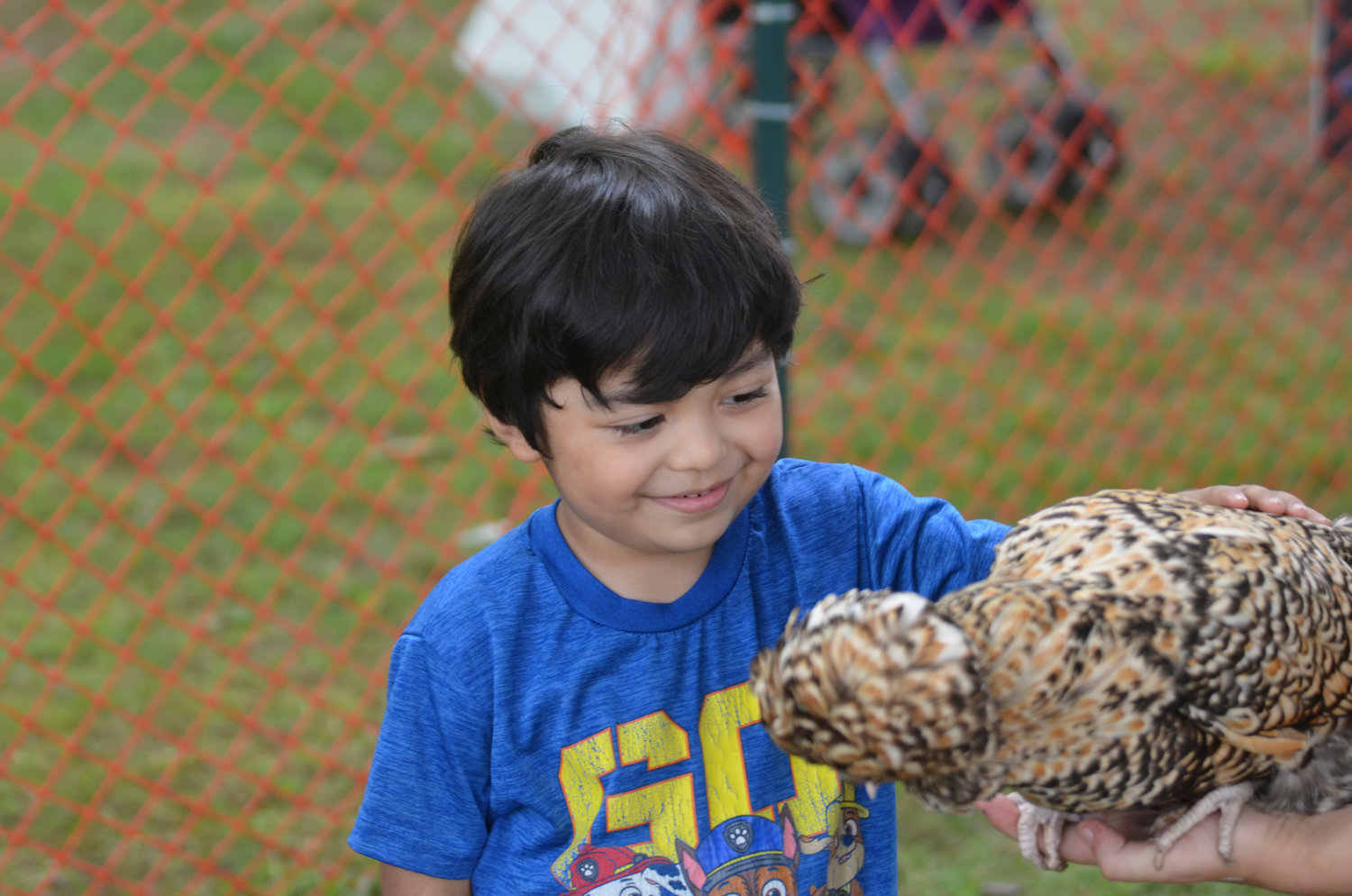 Nehemiah Gomez-Aguirre, 3, enjoyed the animals at the Frolic.
Tim Baker/Herald 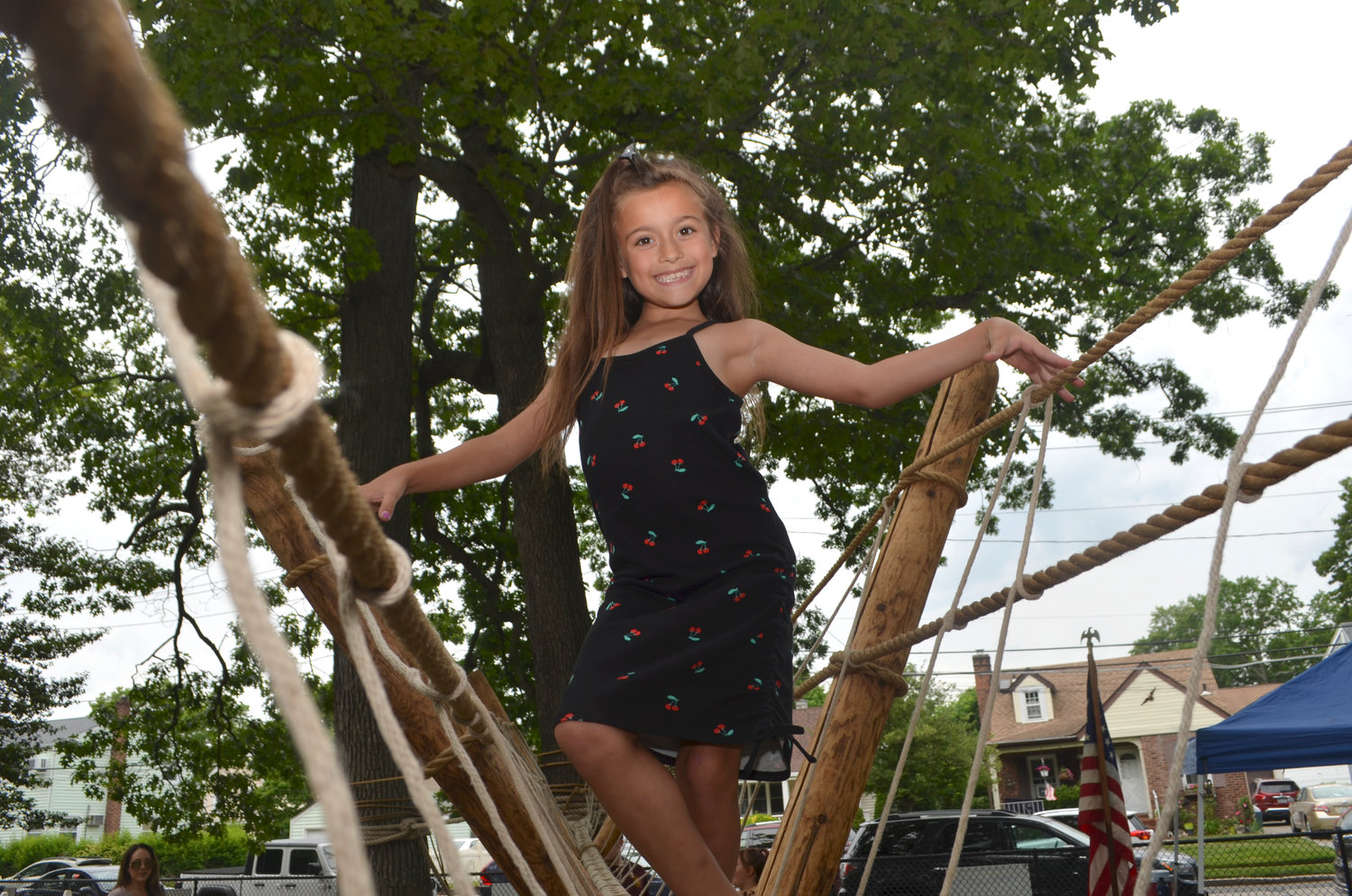 Olivia Santora, 8, had fun on the playground.
Tim Baker/Herald
Previous Next
By Mike Smollins

For the first time in three years, residents from across Nassau County flocked to Memorial Park for the Huckleberry Frolic last Saturday.

“It was a rousing success,” event organizer Regina Cunningham said. “I’ve never seen so many people there. All the children were so happy with the animals and the rides.”

All of the money raised at the event went to the Grist Mill Museum, on Woods Avenue, which was built in 1688 and is a beloved building in the village. Cunningham, who serves on the Grist Mill Committee, said that the fundraising total had not been tallied at press time. This year’s Frolic was the first since its 50th anniversary celebration in 2019, and the first one that Cunningham organized.

East Rockaway Mayor Bruno Romano described the event as “a huge success” and noted that the community was excited to have it back.

“I truly believe that everyone wanted to get out and finally spend some time watching the performers, visiting the vendors and enjoying the various type of foods being sold by food vendors,” Romano said. “I was praying all week for good weather, and it certainly turned out to be a wonderful day. I would again like to thank all of the volunteers, vendors and supporters of this event. Our community is certainly blessed to have our own museum, which many can enjoy for generations to come.”

The outing featured 30 vendors, food trucks, a live DJ, a 22-foot slide for children, a bounce house and slide for younger kids, a karate demonstration, games and a petting zoo featuring ducks, sheep, rabbits and other animals.

Joseph Haviland was the Grist Mill’s first owner, before Alexander Davidson purchased it in 1818.

According to the Historical Society of East Rockaway and Lynbrook, Haviland built the mill to help create a shipping and trading center.

The Village of East Rockaway acquired it in 1960, and soon afterward it was restored and moved from Mill River to its current location in Memorial Park, at Woods and Atlantic avenues. Eventually it became a museum. The building was extensively damaged in a fire set by an arsonist in August 1990, but has since been fully restored.

In 2018 the museum underwent extensive exterior repairs, funded by grants, on wooden siding panels, doorjambs, windowsills, shutters and gutters. The work also included cleaning, scraping, pressure-washing and repainting and staining the building’s interior and exterior. The surrounding grounds were refurbished, and the hardware in the building was refinished.

Despite the upgrades, the museum still needs funding for its upkeep, and the Frolic goes a long way each year to help that.

The Grist Mill Committee will begin meeting in the fall to prepare for the 2023 Frolic.