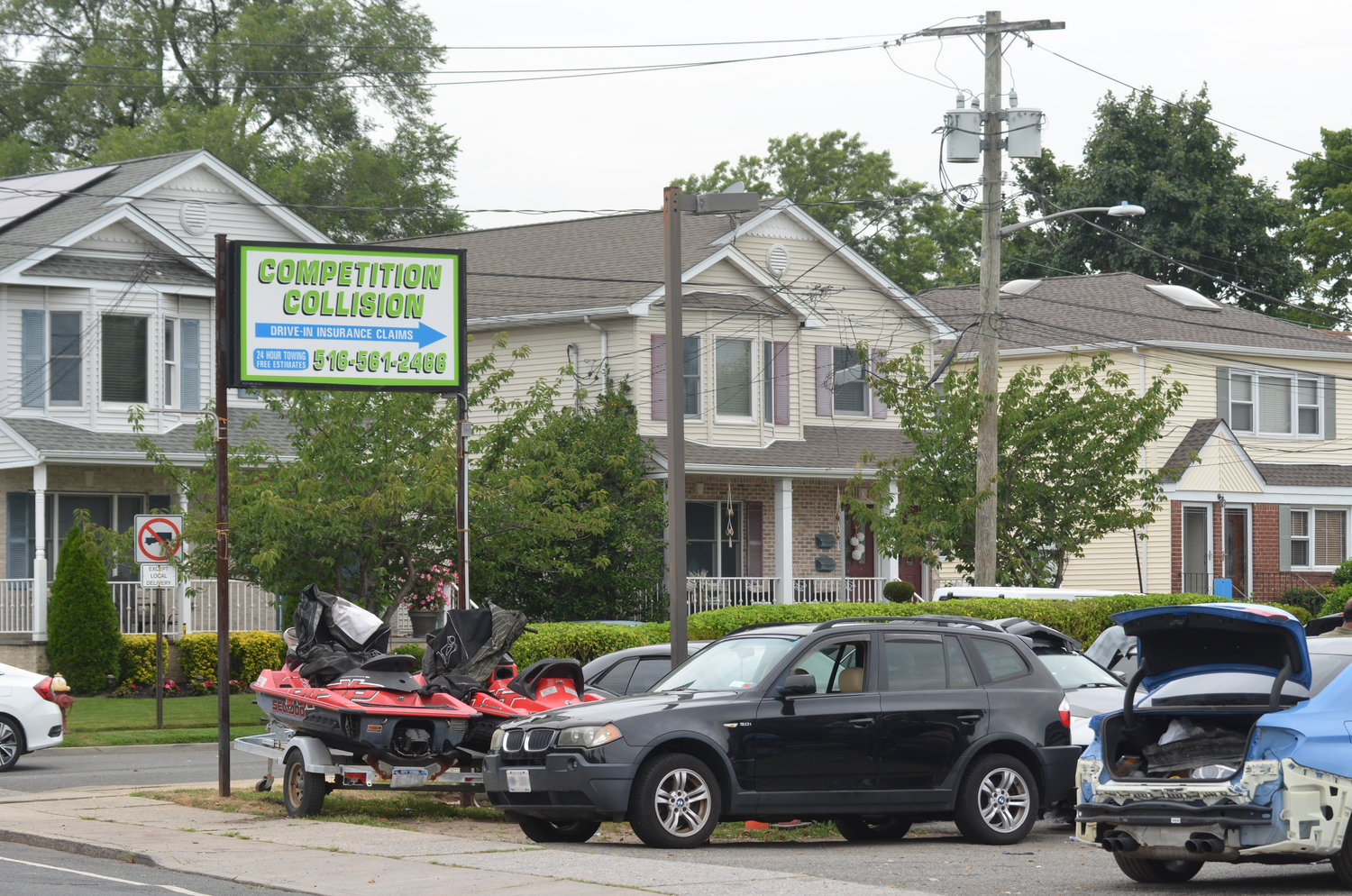 The auto body repair shop Competition Collision has been flagged for more than 60 code violations in less than two years. Neighbors claim such violations are a daily fact of life.
Tim Baker/Herald 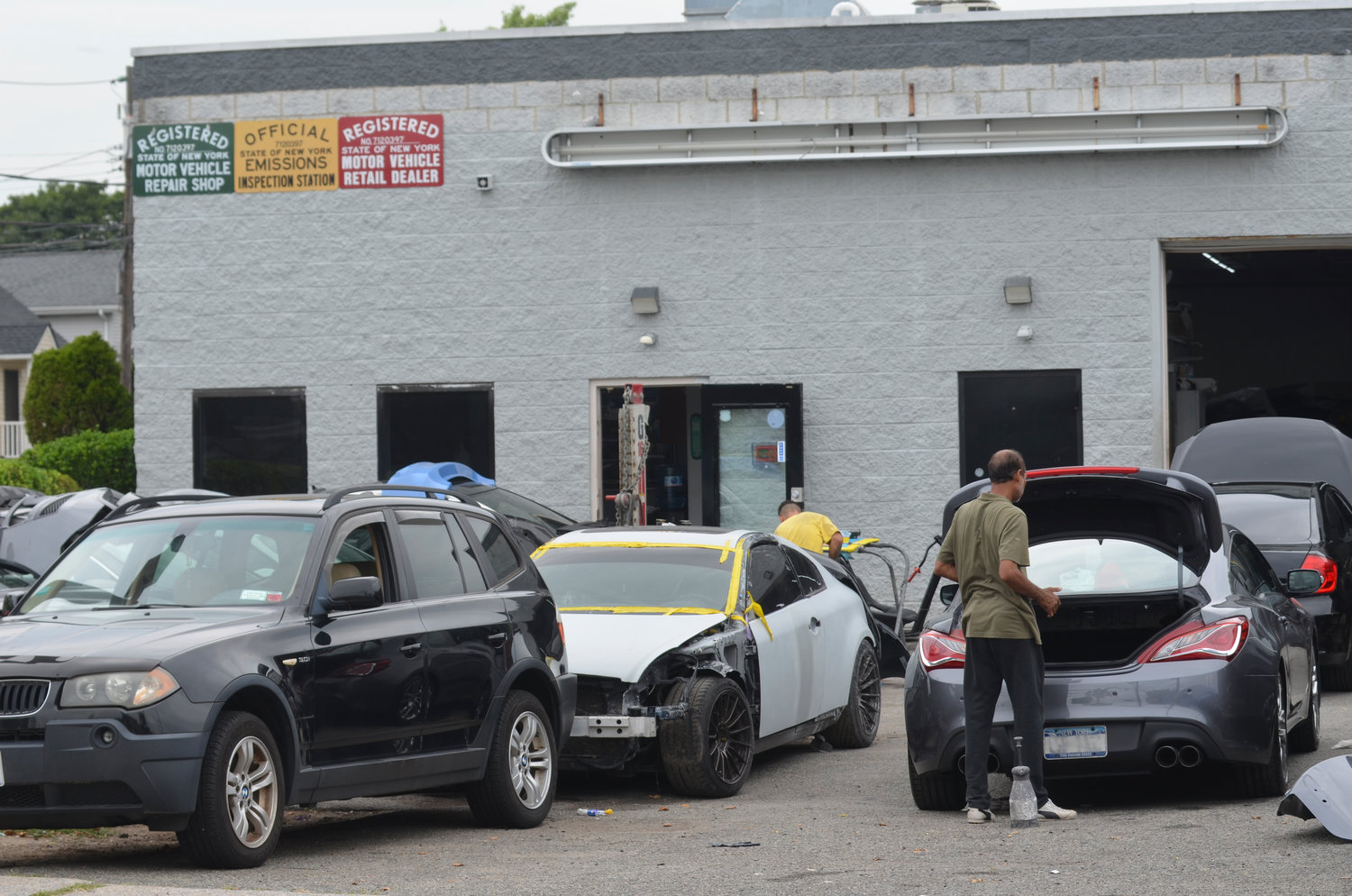 Workers at Competition Collision work in the open air, which neighbors say violates a village ordinance.
Tim Baker/Herald
Previous Next
By Juan Lasso

The scent of car paint fumes hangs in the air on the corner of Bismark and Rockaway avenues.

Mechanics work on wrecked cars in the open air. Vehicles and debris creep into the street. The scene is a familiar one to neighbors who live alongside the auto body repair shop, Competition Collision. Flanking it on either side are not other commercial lots, but rows of houses on what are otherwise residential streets.

It’s a business that’s been there for decades, and today welcomes a steady stream of customers. But its success has come at a price: Neighbors are concerned rules and regulations meant to keep business from spilling over in the residential areas have failed.

Village code enforcement officers have issued more than 60 summonses since January 2020. A third of them have been over garbage and potentially hazardous debris — tires, rims, car parts and vehicle rubbish — along Bismark. Twice, Competition was flagged for leaving a car axle on the sidewalk. 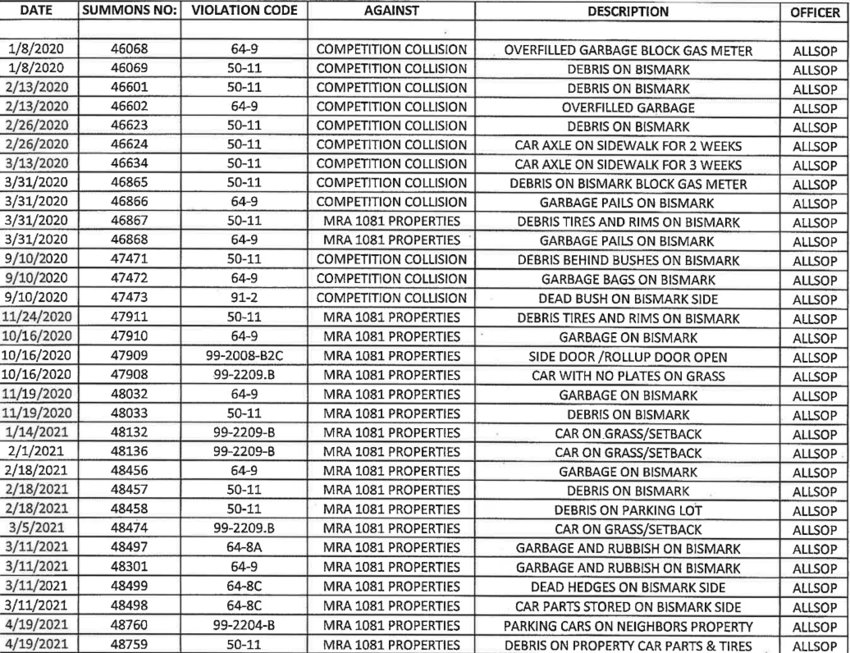 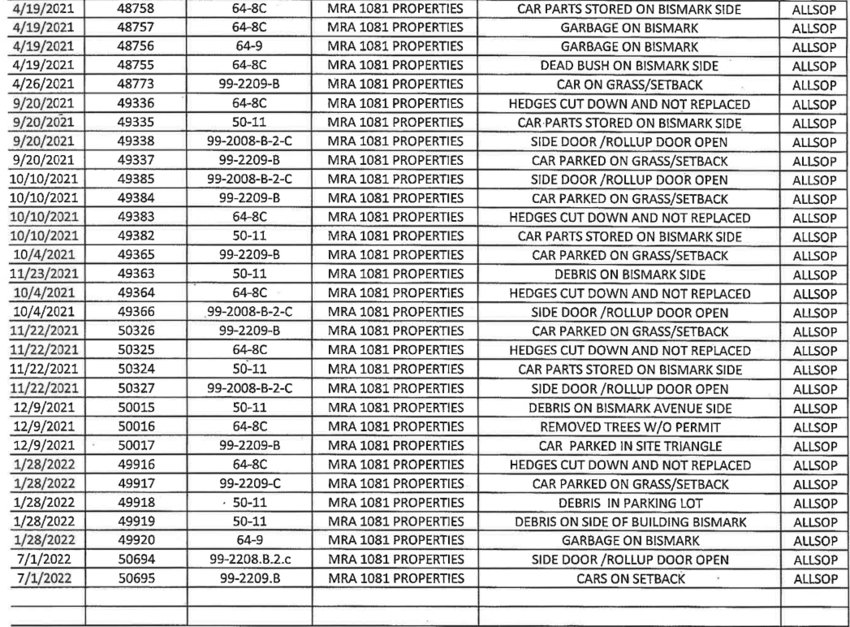 These and other codes are meant to give breathing space for neighbors while preventing hazardous situations, protecting the environment, and preserving the character of the community.

“I feel they take on too many cars that they can’t even work on,” she said.

When space gets too tight at the lot, management moves the wrecked vehicles out into the nearby streets, Guzhnay added. “And that creates a problem, parking-wise.”

“On Saturdays, you can barely find parking,” she said. “Thank God we have a driveway, because if not, it would be impossible.”

Guzhnay moved to Valley Stream with her husband a couple years ago, eager to escape the shortage of parking in New York City. But at least on her block, “it’s like living in Queens all over again.” 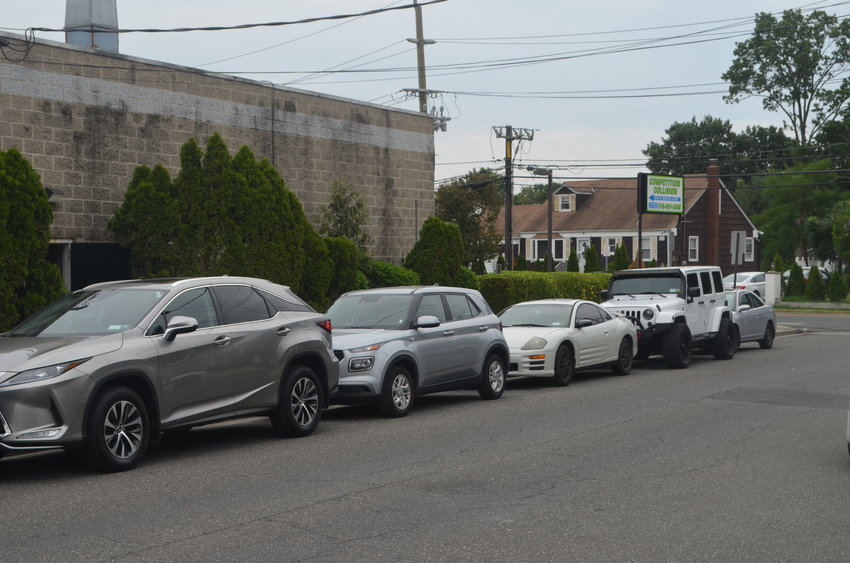 Ryan Skei, who owns Competition Collision, did not return calls seeking comment. His business currently operates using a special use permit issued in 1996.

Yet, that permit doesn’t allow some of the things Edward DeLucie sees there. At least in his lay opinion —tow trucks parked on the property overnight, metal stored outside, and workers operating in the open air, and occasionally even on the street.

“Typically starting at 7:30 in the morning the lineup starts,” DeLucie said. “The parking of the cars is the major inconvenience, but the blocking of Bismark and Rockaway when they have stuff like (tow trucks and cars) there, that’s dangerous. You come and want to make a left-hand turn (onto Rockaway), and you can’t see.”

Some claim the body shop has even commandeered the front yard space of a seemingly abandoned house across Rockaway to store their cars.

A handful of wrecked and beaten-up cars were observed parked along the east and west side of the circular driveway last week. 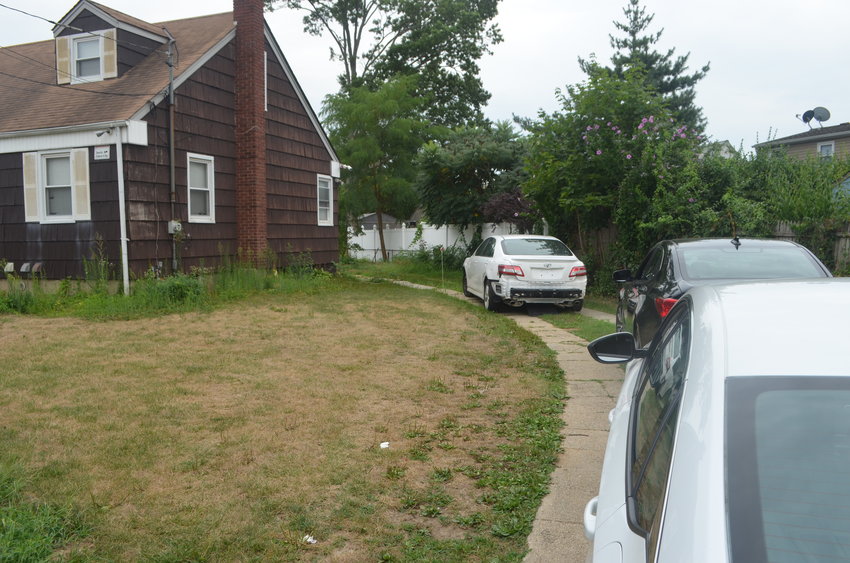 One car had an auto service ID tag left on its dashboard.

An employee from the shop, who refused to provide his name, told a reporter some of the cars belonged to the shop.

Village officials don’t seem too obliged to take action. Mayor Edwin Fare recently told one neighbor who complained about it that his hands were tied.

“Right now the case is in court,” Fare said. “The prosecutors have it. We’ve issued multiple months of tickets.

“I trust the village prosecutors and our judge to rectify that situation.”

When asked for comment, village justice Melanie Jenkins released a statement saying “it is not proper or permissible” to comment on current or pending litigation.

Village trustee Vincent Grasso says village officials will look at any and all possible “administrative avenues” to hold the business accountable.

“I’m far less interested in penalizing the business than getting compliance and restoring the residents’ quality of life that they deserve,” he said.