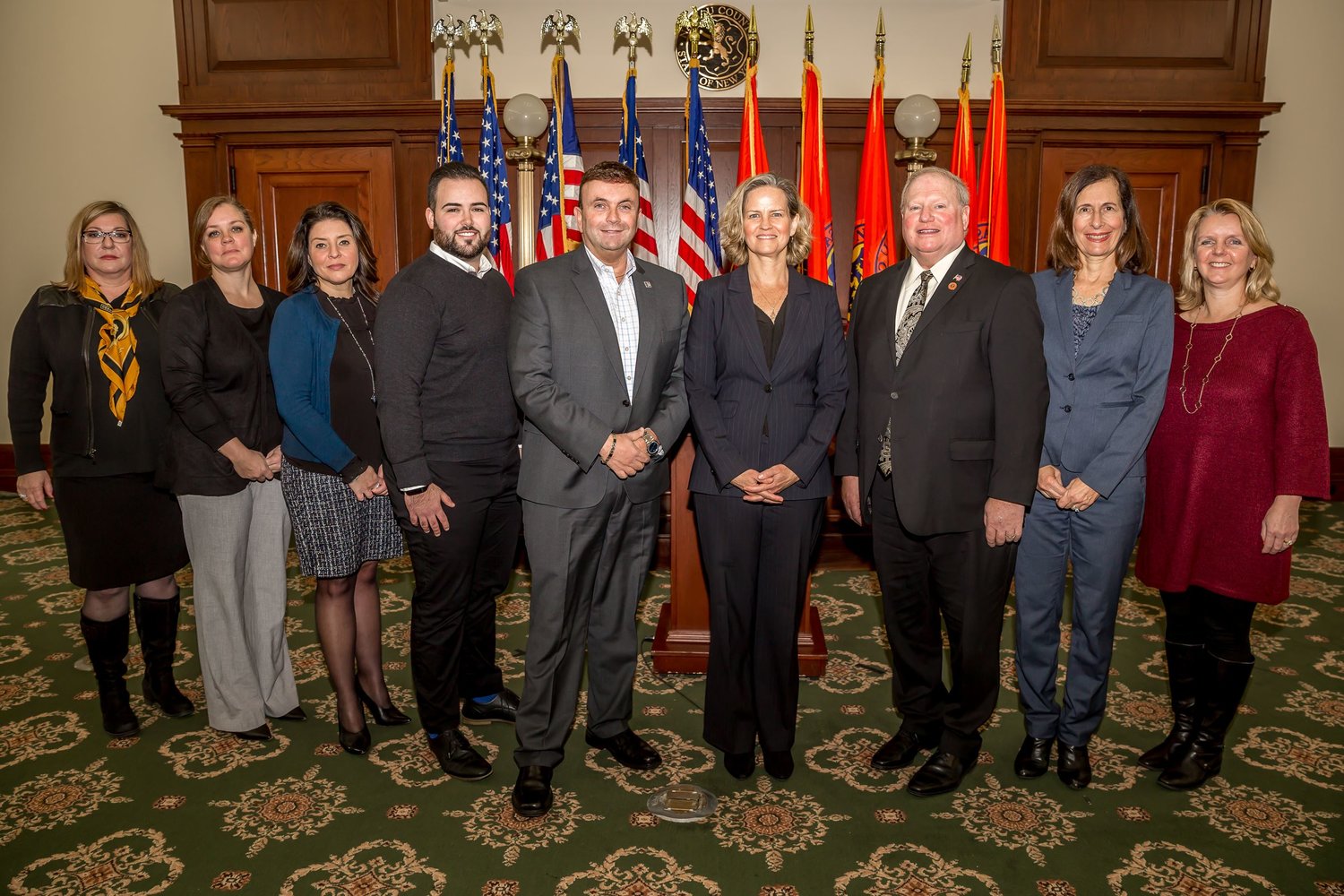 -Sex: biological status that is typically categorized as male, female, or intersex.

-Gender: attitudes, feelings and behaviors that a given culture associates with a person’s biological sex.

-Gender identity: deeply felt, inherent sense of being a boy, a man or male; a girl, a woman or female; or an alternative gender.

-Gender expression: presentation, including physical appearance and behavior that communicates aspects of gender or gender role.

On her second-to-last day in office, Nassau County Executive Laura Curran issued an executive on Dec. 30 to create a nine-member Nassau County Advisory Committee for Gender Inclusivity to address gender identity discrimination in the county's charter, administrative code and other regulations. The committee would report to the county executive.

Bruce Blakeman, who became county executive Jan. 1, said he would not start the committee, saying the executive order was intended to play to the press.

Instead of creating the committee, “this administration will respect the [LGBQT] community by placing important stakeholders on the Human Rights Committee," Blakeman said, citing the 15-member human rights commission chaired by Bobby Kalotee.

“We are working to eradicate all forms of discrimination in the workplace and to ensure equal employment opportunity for all members of our team,” Curran said during a 2019 news briefing. “This new policy will do more to protect the civil rights of our employees than has ever been done before.”

The chief executive of the LGBT Network in Hauppauge, Dr. David Kilmnick, praised Curran’s work in making the county safer and more inclusive throughout her tenure as county executive. “This long-overdue policy change for Nassau’s transgender people and families sends a clear message that all county employees are entitled to work in an environment that is safe and free from harassment and discrimination,” he said at the news briefing.

Jay Kaplan, the LGBTQ youth services manager at the Bellmore-based Pride for Youth, echoed the sentiment, saying, “This policy is the first in Nassau County’s history to explicitly protect transgender people, and it is hopefully the first of many policies that will be introduced to end discrimination against this vulnerable population.”

Indeed, the policy was the first in Nassau’s history to protect in EEO policy a class of “sex” against gender-identity discrimination in the workplace. The policy also protects employees who report harassment and/or discrimination from retaliation and provides interactive training to educate all employees in identifying and reporting instances of discrimination and/or sexual harassment.

Kilmnick, however, also noted that, despite these policies, transgender workers may still face discrimination.

“Across our nation, members of the transgender community continue to endure elevated levels of poverty, housing discrimination, workplace bias and a risk of suicide and mental health challenges. They are the victims of fatal violence with infuriating frequency,” Legislator Arnold Drucker, a Democrat, said.

He then added that Blakeman has publicly expressed his commitment to helping all Nassau residents, so Drucker asserted, “Following through on the formation of this committee would put the power of action behind his words and bring us one step closer to fulfilling the promise of 'liberty and justice for all.’”

In October, Curran also signed into law a bill that created a 15-member disabilities advisory council, comprising members with disabilities and people representing organizations that serve and advocate for those with disabilities, tasked with providing recommendations to the county executive and legislature.