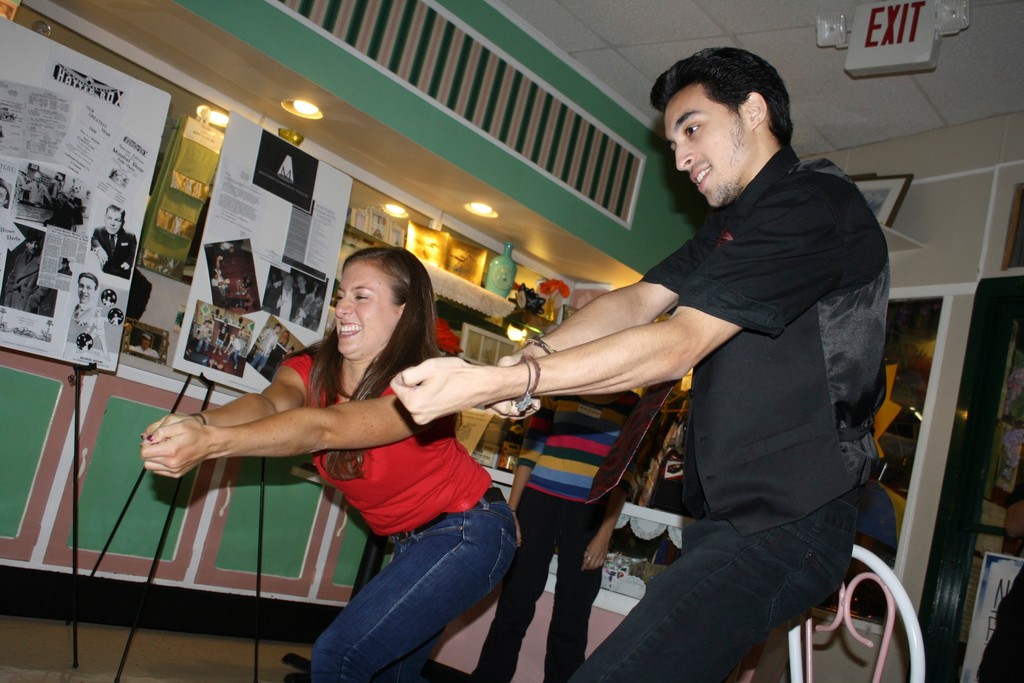 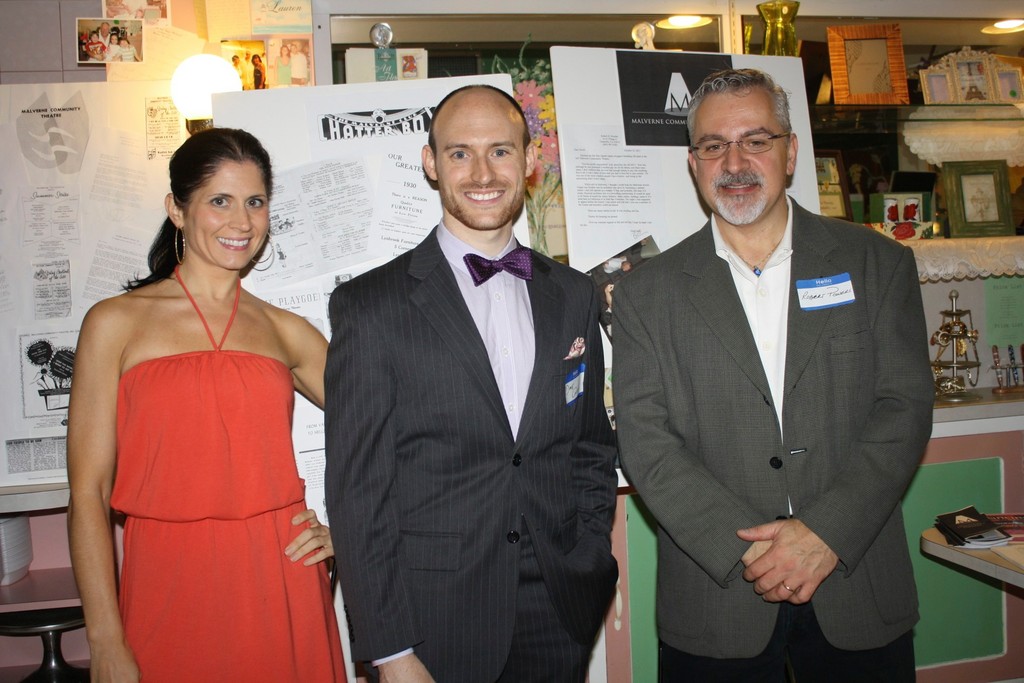 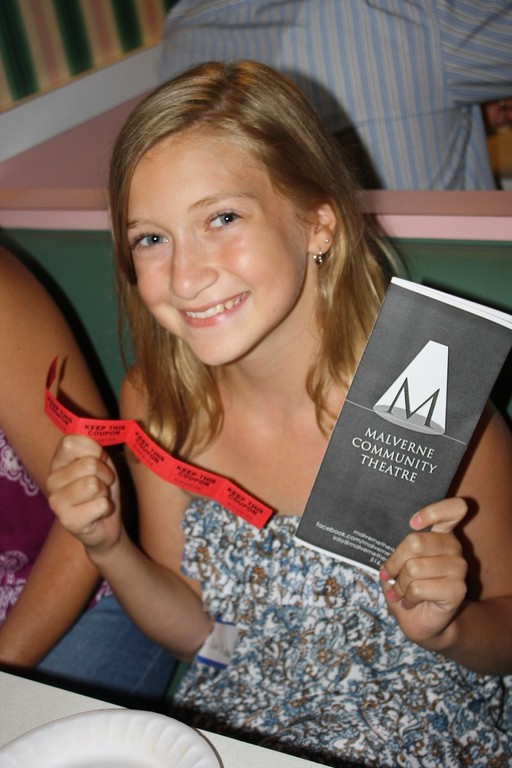 Olivia St. John, 12, of Malverne, showed off her raffle ticket at the event.
Jina Papadoniou/Herald 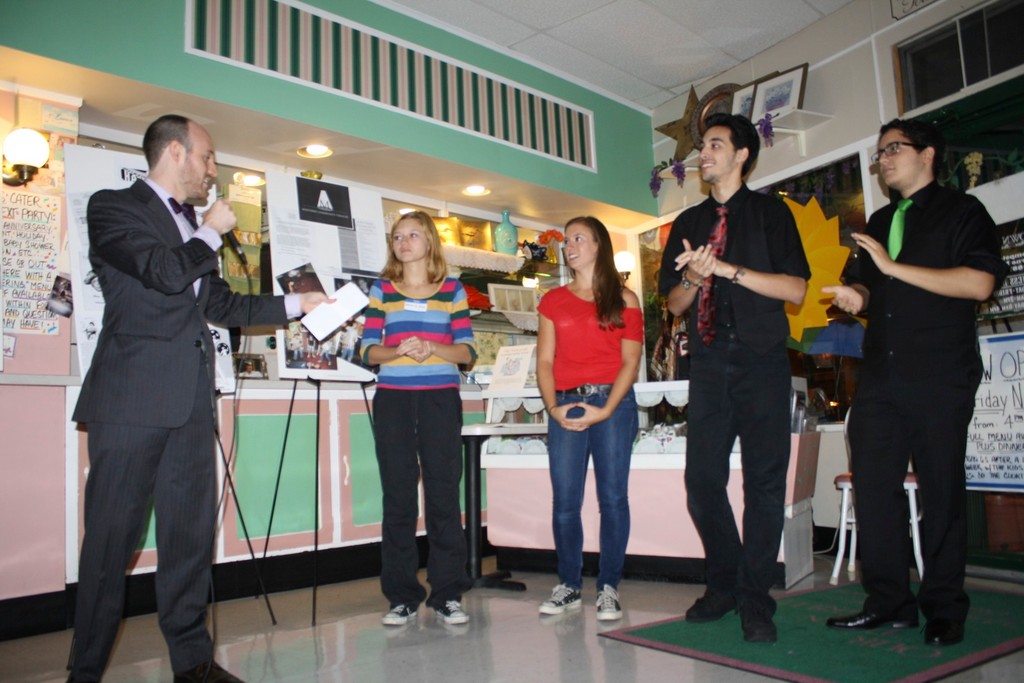 “The outpour of support was much more than I thought it would be,” said David Coonan, a former Malverne resident and local artist who is currently working to revive the Malverne Community Theatre — a non-profit arts company that has been dormant for more than 40 years. “It was a big surprise — it shows you how many people believe in this.”

On Aug. 18, the Community Theatre — of which Coonan is president — hosted its first fundraiser at Our Town Grille in Malverne. Roughly 50 people from the community, as well as surrounding areas, including Lynbrook and Hicksville, turned out for the event, which ran from 7 to 11 p.m.

The goal, Coonan explained, was to create a presence in the community, and to remind residents that the company is on the rise.

“It’s something that is wanted,” Coonan said of the Community Theatre. “People get excited about this. I said at the event, I want to put Malverne on the map as a performing arts center. I want to be in the same breath as creative theater companies out there.”

Coonan said he was excited by the turnout for the event — a cocktail party that featured a selection of beverages, including wine, beer and soda, hors d’oeuvres, a number of raffles and prizes and a 30-minute improv comedy segment. The event raised $1,400, Coonan said.

“It’s more than I had anticipated,” he said. “People were laughing. I got a lot of positive feedback. The more financial resources there are, the more freedom we have to do some interesting stuff. We need the arts. There will be quality work coming out of this company.”

And, Coonan said, there will be more fundraisers to come. “This was a great start,” he said. “I have a great board that works with me — they have great ideas, great experience. This one was a huge success—it’s just a matter of figuring out our next steps.”

For more information on the Malverne Community Theatre, check out its fan page on Facebook, or visit malvernetheatre.org.