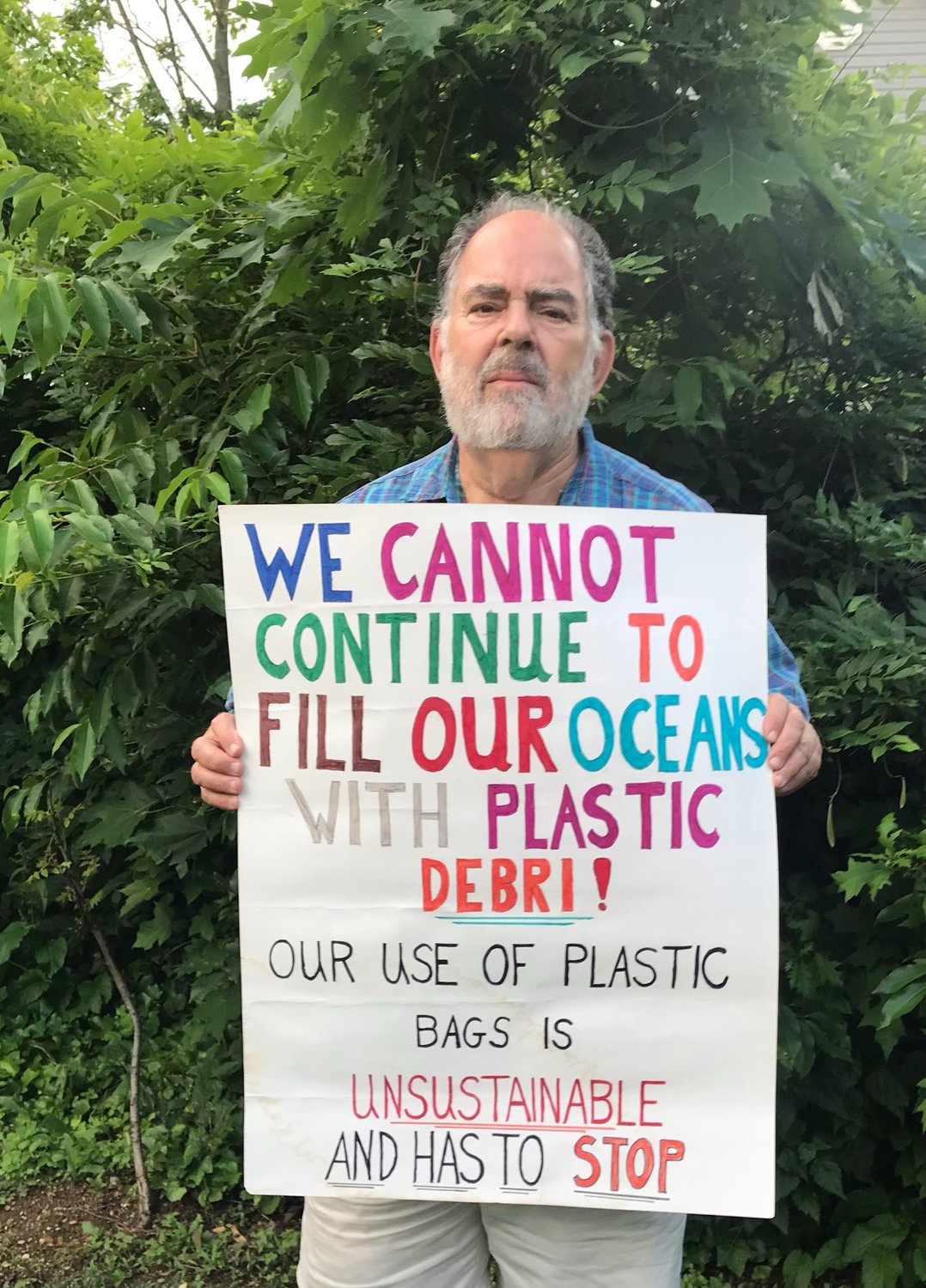 If you go to deposit your bottles and all the machines are being used ... are you really going to wait for just 5 cents back?”
Joseph Varon, environmental activist
By Kyle Chin

West Hempstead’s Joseph Varon is continuing his crusade against the use of plastics, throwing his support behind two bills before the State Legislature. A seasoned veteran of environmental activism and recycling campaigning, Varon said he hopes to hold plastic producers more accountable.

One proposal would expand New York’s Bottle Bill, raising the deposit from five to 10 cents for each recycled bottle. The other bill, proposed by Assemblyman Steve Englebright, would introduce extended producer responsibility, placing fines and restrictions on companies generating plastic and encouraging a transition to more recyclable options.

New York’s Bottle Bill celebrated its 40th anniversary in May, and Varon spoke about its diminishing effectiveness over the years. “Most people won’t bother with a five-cent deposit anymore, especially with the limited number of deposit spots we have,” he said. “If you go to deposit your bottles and all the machines are being used by people with bags of hundreds of bottles, are you really going to wait for just five cents back?”

Varon further explained the plastic crisis. “A lot of plastic packaging today is photodegradable, meaning the sun will break it down into tiny pieces, but those pieces will never go away,” he said. “They stick around for hundreds of years. Fish and other animals ingest it, and it ends up in our food.”

grown in recent years, environmentalists have said. Studies have discovered microplastics nearly everywhere on earth, carried by wind and water. Researchers in Amsterdam also found trace plastics in the majority of blood samples they studied. What impact these materials might have on the body has yet to be studied in depth, they said.

Varon said that many old recycling campaigns, while successful, have been left somewhat obsolete by the mass proliferation of plastic packaging over the last few decades.

“In the 1970s, I was a founder of the Alley Pond Environmental Center, and we were able to get machines crushing can and sorting glass bottles, but the explosion of plastic has changed everything,” Varon said. “The plastic industry currently has no responsibility. They say all these things are recyclable. They’re not. The majority of bottles and packaging is single use and can’t actually be recycled.”

The extended producer responsibility bill also aims to hold the plastic industry more accountable. Judith Enck, who served as regional administrator for the Environmental Protection Agency during the Obama administration, works as visiting faculty at Bennington University and as president of the Beyond Plastics Program, advocating for reduced plastic use. Deeply familiar with the legislation, Enck offered her insight.

“I am a strong supporter of the bill,” she said. “The bill would be the most comprehensive plastic packaging law in the country, and I think it could finally put a dent in the glut of plastic we’re living with.

State Sen. Todd Kaminsky, who represents much of Southern Nassau County, proposed another recycling bill, which Enck and her organization declined to support.

The bill proposed a longer enactment period, allowing for producers to set and modify their own recycling goals and for the burning of plastics to sometimes be counted as recycling, according to Beyond Plastics.

Varon explained some of the motivation behind his support for the two bills. “As a West Hempstead resident, as the grandfather of two beautiful grandchildren, I refuse to leave behind an uninhabitable planet,” he said. “I believe we owe a responsibility to all the creature of God’s world to keep this planet as clean and healthy as possible.”