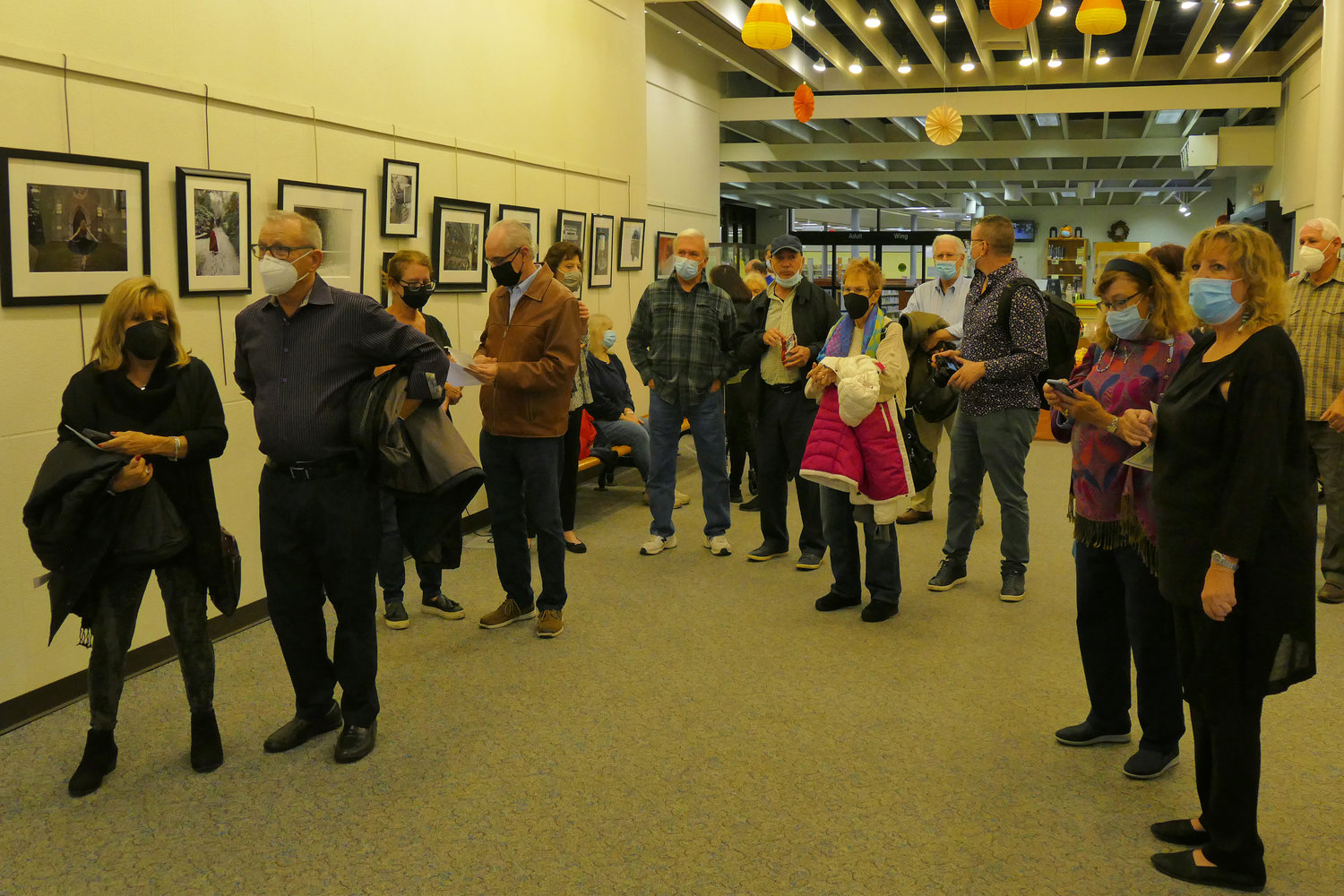 Visitors to the awards ceremony for the photography show discussed the winning photos before the ceremony began.
Joe Abate/Herald 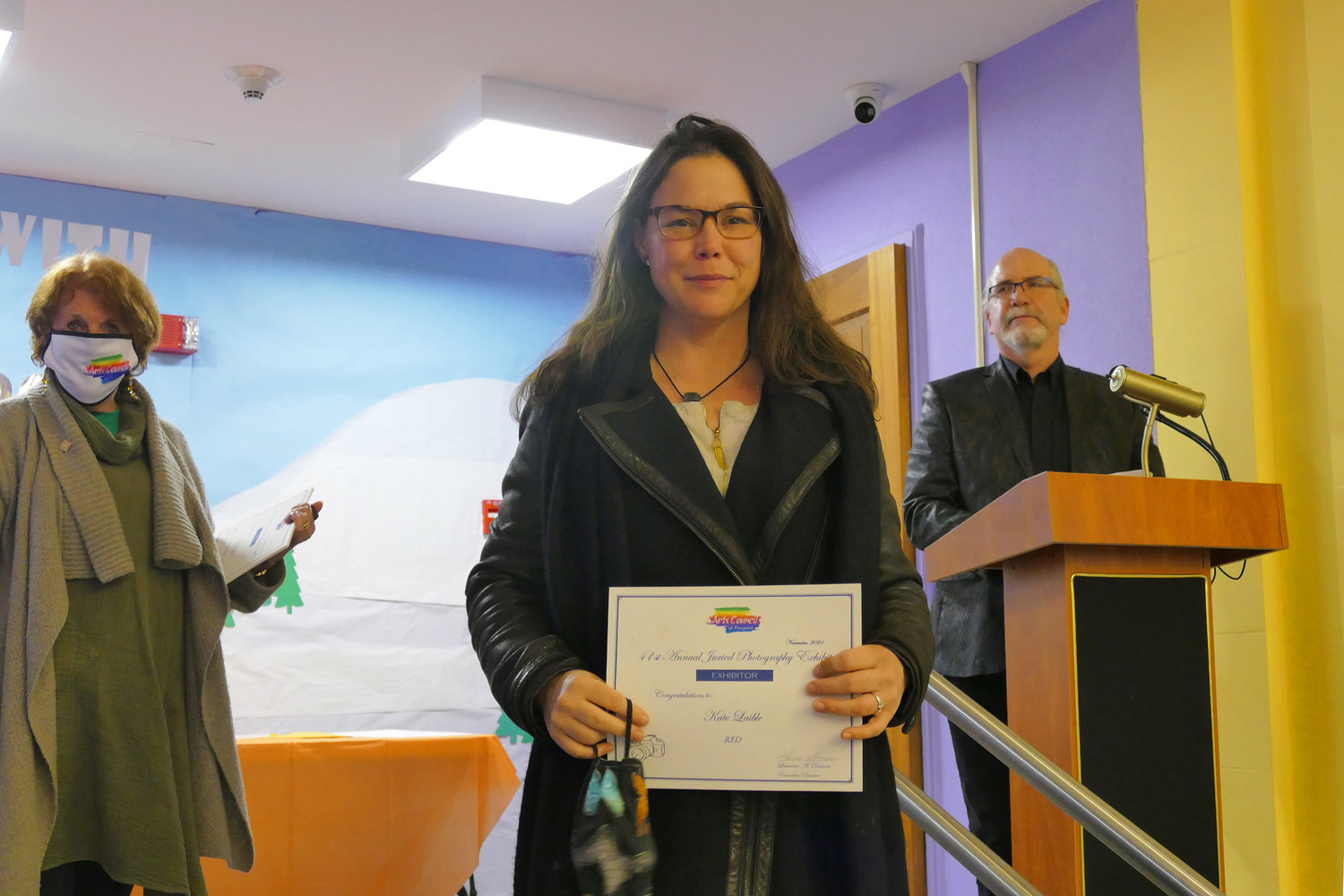 At the ceremony, LIACF President Lois Howes (left) and Executive Director Laurence Dresner (right) looked on as Kate Liable displayed the Exhibitor Certificate she received for her entry, “Red.”
Joe Abate/Herald
Previous Next
By Reine Bethany

The 2021 Annual Juried Photography Show of the Long Island Arts Council at Freeport culminated with an awards ceremony presented in the auditorium of the Freeport Memorial Library on Nov. 18.

This year marked the 41st contest since the LIACF was established in 1974.  The juror was Jeff Harris, a Brooklyn commercial photographer and filmmaker (JeffHarrisPhoto.com). Requirements of the competition were that images be sent digitally and that competitors be at least 20 years old; no other qualifications are needed. An entry fee was assessed depending on how many images a contestant submitted. The total of the cash prizes earned by the winners was more than $1,100.

The awards ceremony drew a happy, chit-chatting crowd who clustered around the show’s entries before and after, admiring the impressions and feelings evoked by the artists.

The photos remained on display at the library until Nov. 29.