Blue and white prevail, at home in Colts Country 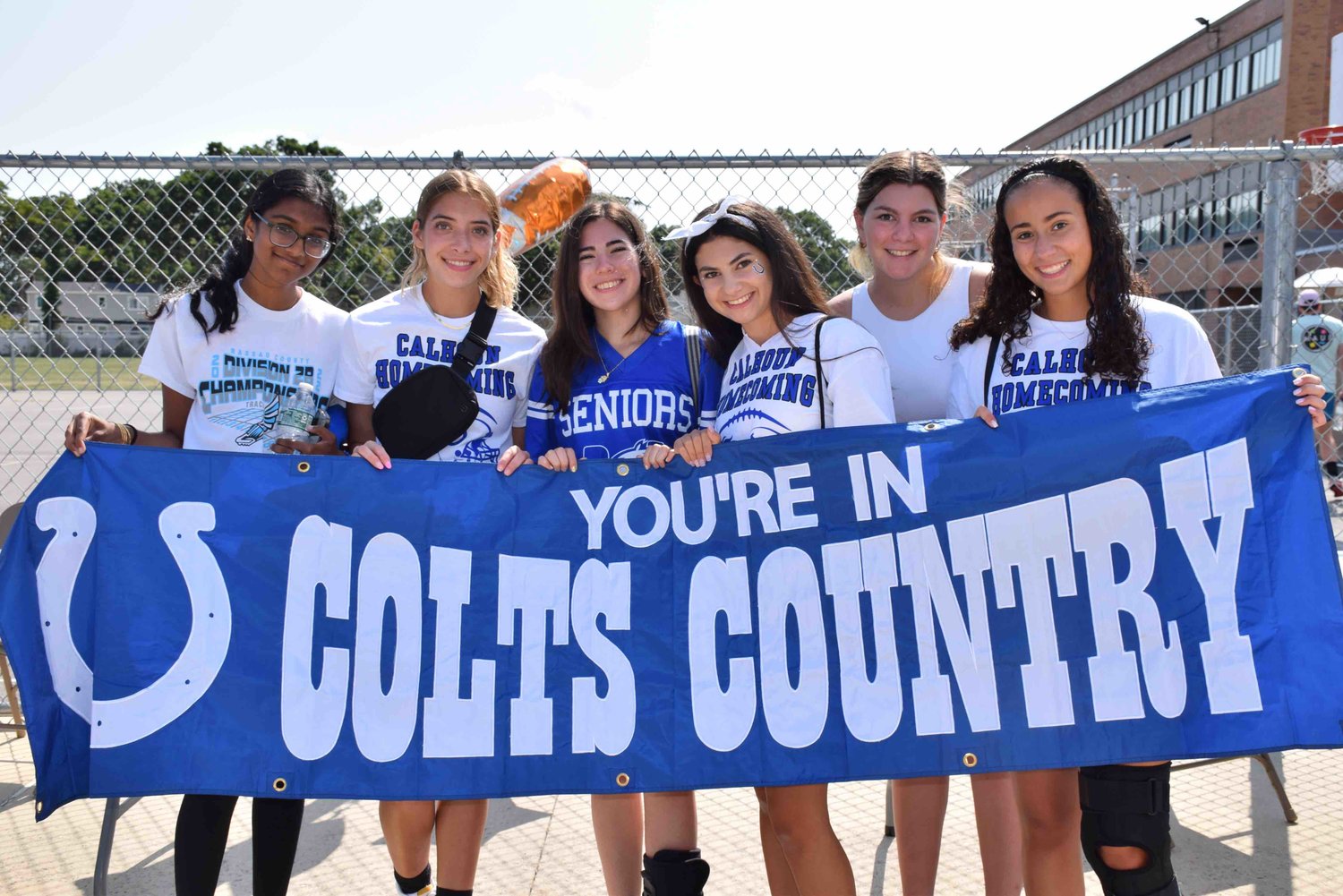 Calhoun’s field and stands were dotted in blue and white, the school’s colors, for the homecoming festivities and game on Sept. 17.
Courtesy Bellmore-Merrick Central High School District 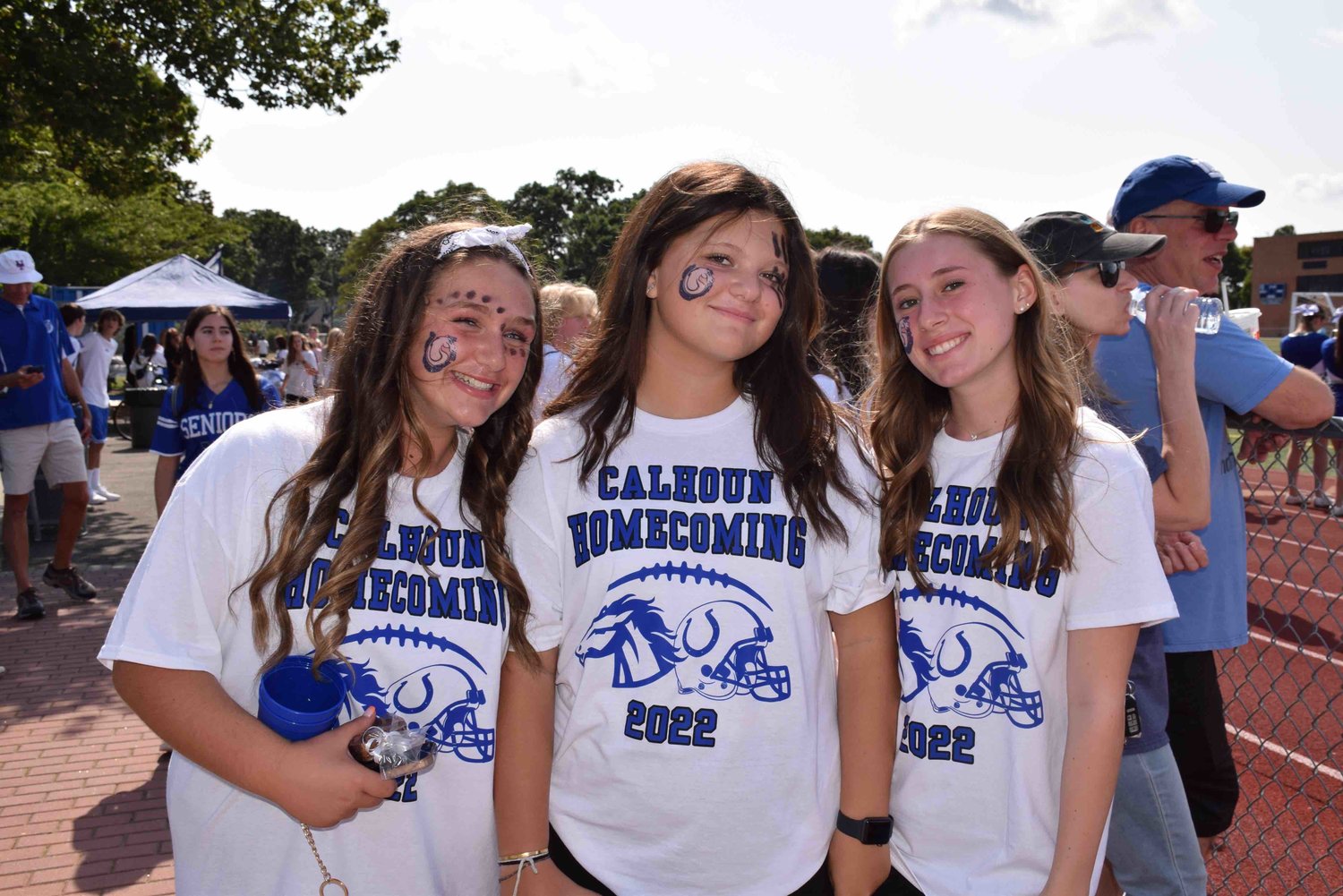 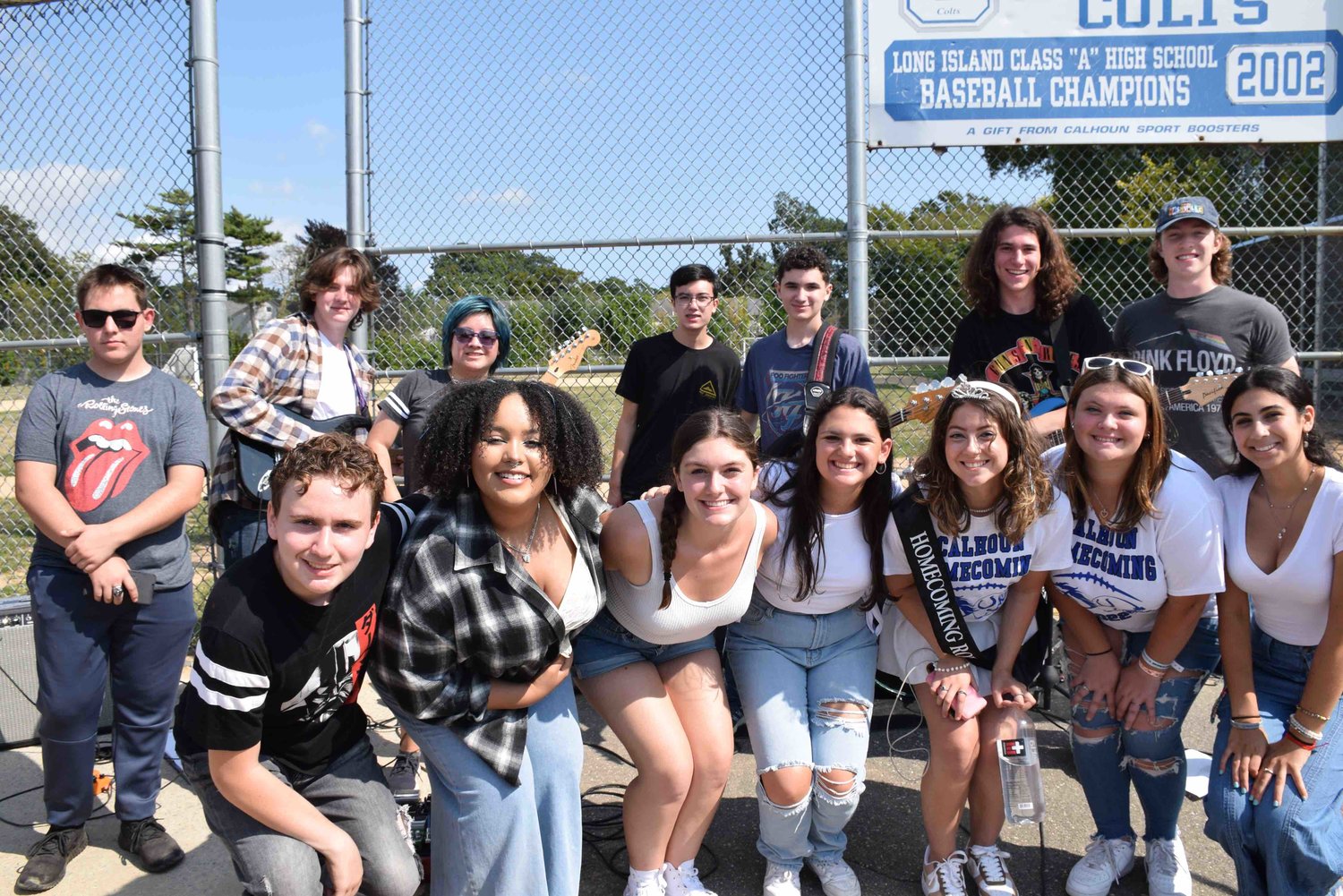 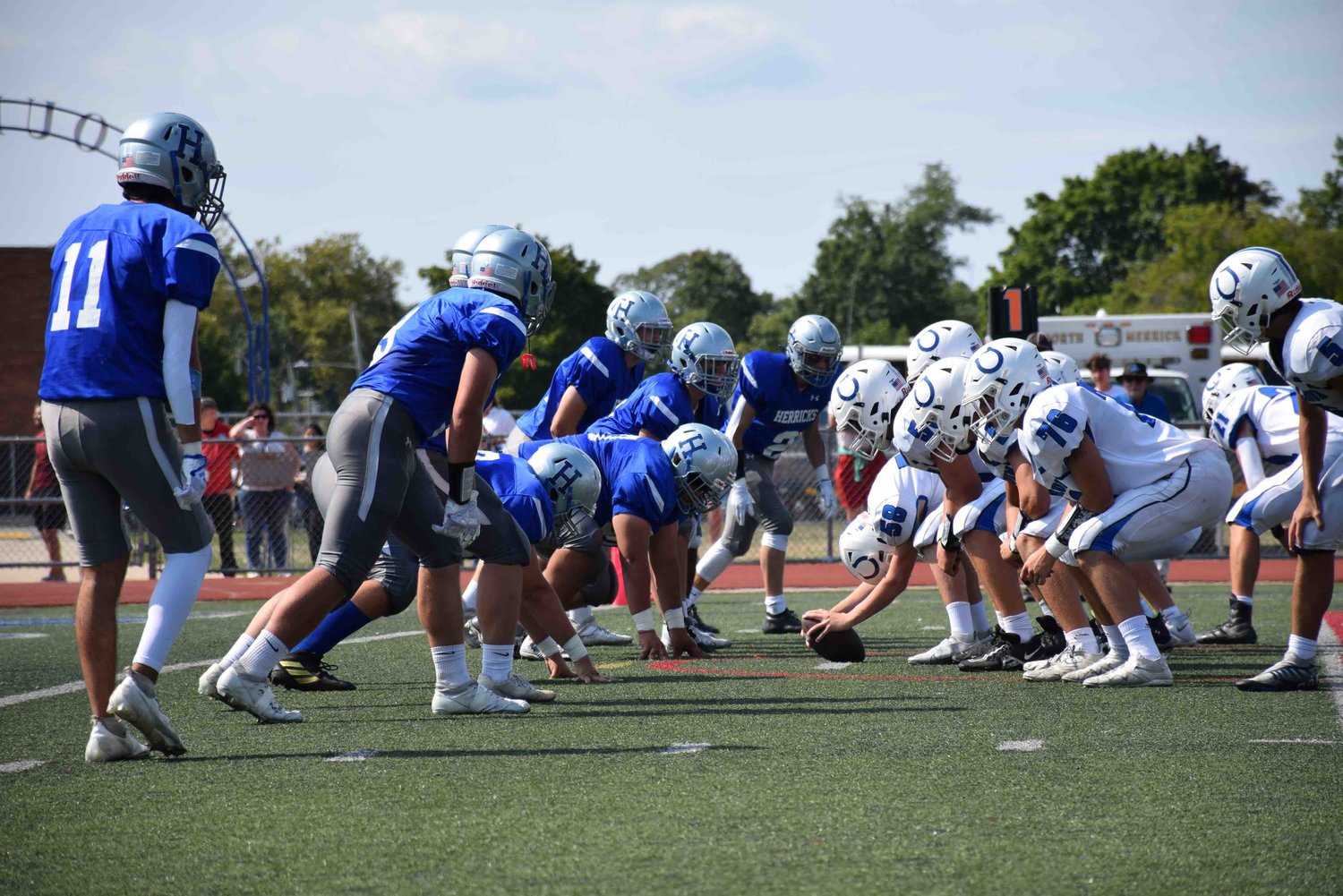 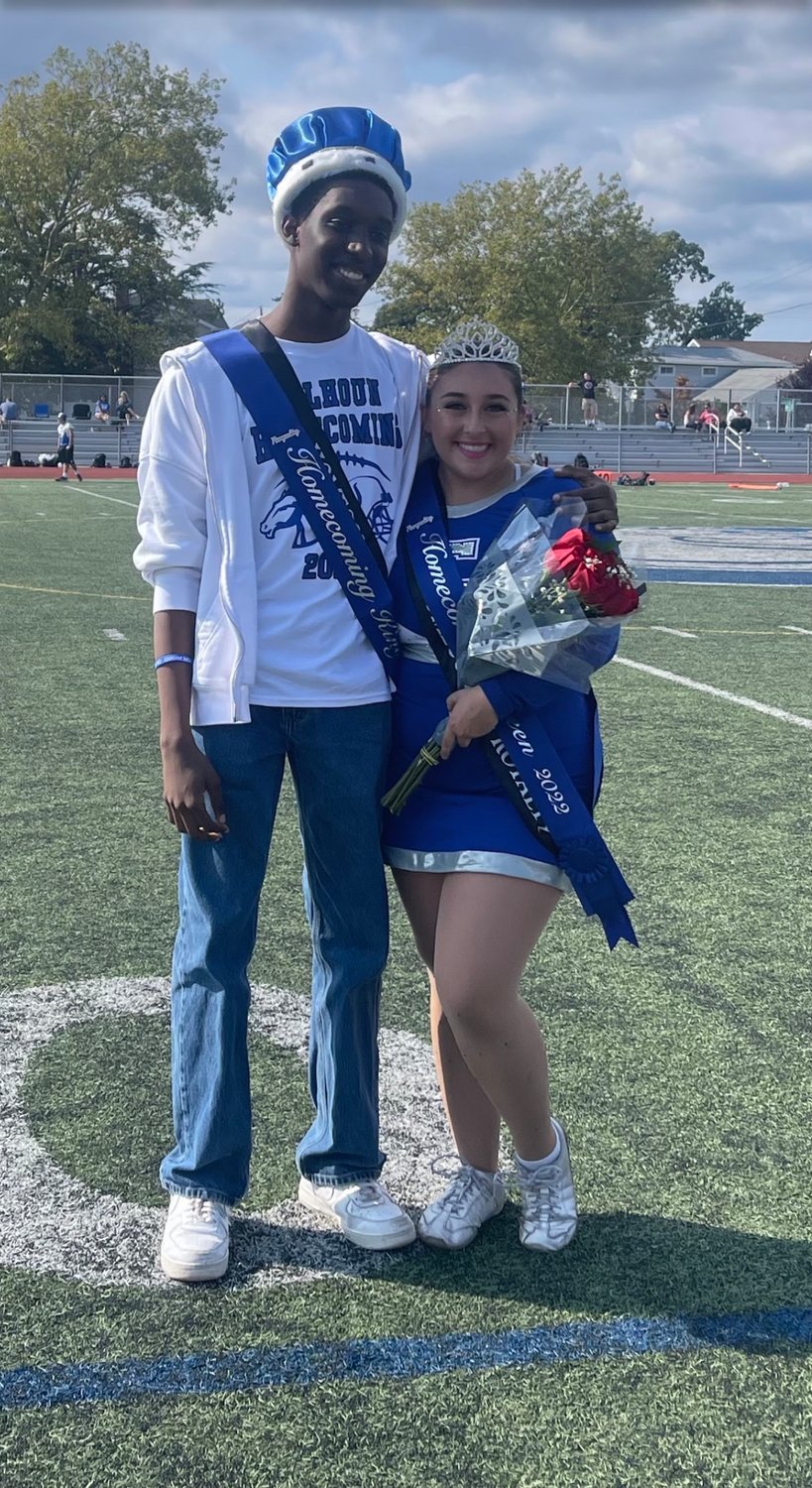 Ahead of the game, Calhoun held a festival for the community, which included school clubs, food trucks and some activities and giveaways.

Principal Nicole Hollings was in the press box, announcing the game. The Calhoun Rock Band, led by Ed Tumminelli, provided musical interludes throughout the game. Cheer and kickline teams entertained the crowd both during the game and at halftime. Charlie the Colt, the school’s mascot, was also on hand to spread school spirit.

Calhoun also dedicated the Calhoun Arch at the field’s entrance in memory of Joseph Michalski. The metal archway, which reads Calhoun Colts, was donated by the former student’s family.