Holy guidebook, the Tanya, makes its rounds on Long Island 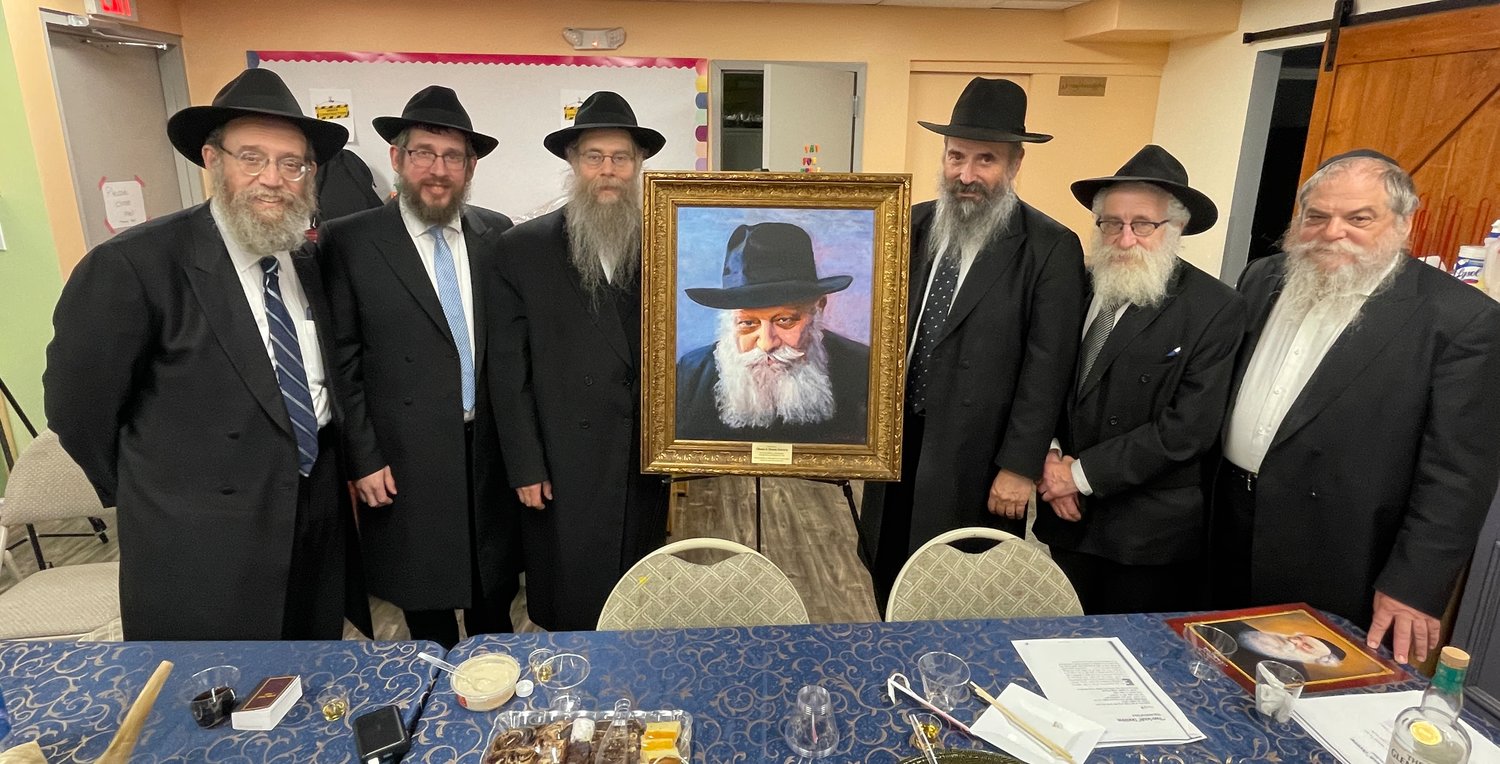 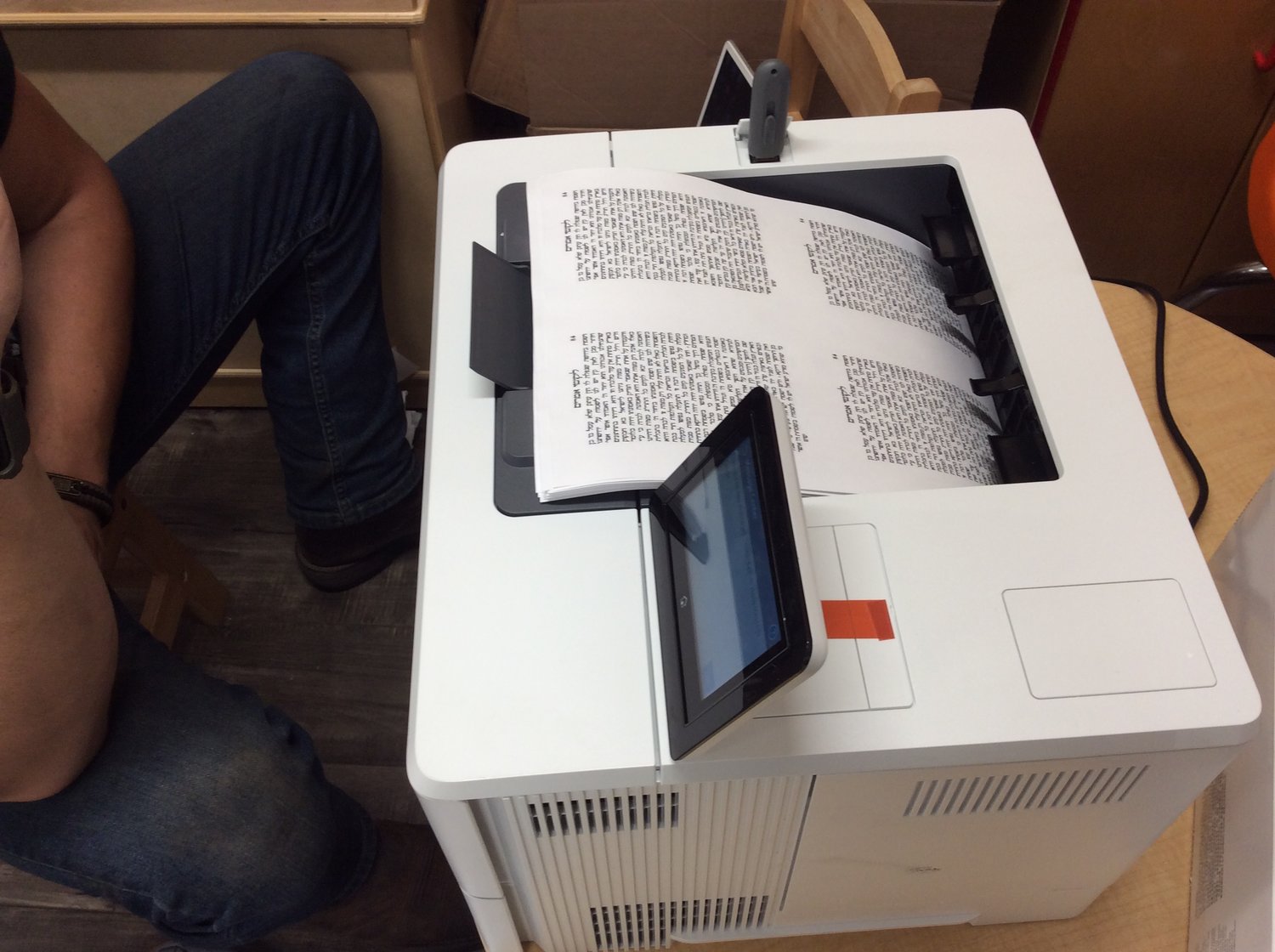 A mission to print the holy guidebook in every Zip code on Long Island is now finally complete, following the printing of the Tanya at the Chabad Center for Jewish Life in Merrick last week.
Kepherd Daniel/Herald
Previous Next

It creates almost a channel for God’s blessing to come into this location.”
Rabbi Tuvia Teldon, Chabad of Long Island
By Kepherd Daniel

The Chabad Centre for Jewish Life in Merrick, also known as the Chabad of Merrick-Bellmore-Wantagh, celebrated a momentous occasion on Sept. 13 with the on-site printing of the Tanya — one of the Chabad’s seminal works.

The Tanya is a guidebook that was written by Rabbi Schneur Zalman of Liadi, also known as the “Alter Rebbe,” who was the 18th-century founder of Chabad Hasidism.

“The book primarily discusses the struggle we all experience between our material, physical self and our spiritual yearnings,” said Rabbi Shimon Kramer of the Merrick-based Chabad. “It has been called an owner’s manual for the body and soul. Part of the idea is to help out others and to be there for others.”

Sept. 13 was selected for the printing of the Tanya because it corresponds with the 18th day of Elul on the Hebrew calendar, the birthday of Rabbi Zalman. The ceremony was held at the Chabad Center in Merrick. Rabbi Leibel Baumgarten, the director of the Chabad of the Hamptons and a descendant of the Alter Rebbe, joined the event and shared words of inspiration. After a campaign was launched by the Alter Rebbe to have a Tanya printed in every town on Long Island, Baumgarten had set out to print more than 100 in every Zip code in Nassau and Suffolk counties.

Prior to the ceremony, a Tanya had been printed in every town on Long Island except Merrick. With the most recent printing, Baumgarten’s goal is complete.

To date, about 6,000 editions of the Tanya have been published around the world. The printing of the Tanya had Merrick on the cover and is officially a limited edition, called the “Merrick Tanya.”

“When the Rebbe came out with a call that a Tanya should be printed, I, in the midst of getting married, decided that right after I get married my mission is going to be to fulfill his request,” Baumgarten said. “I took all my money which I got from my marriage, and I just put it into the Tanyas because I was so excited about it.”

Baumgarten began his campaign in the 1980s with a U-haul truck and a giant printer. He hired a driver and went to the different zip codes, mostly in Suffolk County.  In 1983, he had printed the Tanya in about 80 to 100 places, he estimated, and this went on for many years.

“Not only was the Rebbe delighted, he said that when you’re going to print the Tanyas, I want you to learn from the Tanya,’’ Baumgarten said.

He added that he always wanted to fulfill the Rebbe’s campaign, and when he realized that he still had another 100 places where he could print, Baumgarten decided to take on the task again.

“I can tell you one thing, it is a very holy book and a very special book, and it’s done a lot of good things,” he said. “Today we’re finishing the last zip code.”

Chabad Rabbi Tuvia Teldon explained why the printing of the Tanya was so important to the Alter Rebbe. “I don’t think there is any other place in the whole world where there’s a large Jewish community like Long Island, which now has a Tanya printed in every single location,” Teldon said.

The Rebbe indicated that having a Tanya printed raises the level of holiness, and the process of printing such a holy book in a location gives certain protection, security, and God-like blessing.

“It creates almost a channel for God’s blessing to come into this location,” Teldon added,  “and so as a result, we really have to thank Rabbi Baumgarten that the whole of Long Island is really under that flow of energy from above, through the printing of the Tanya in every single location.

“And,” he said jokingly, “You should not worry that Merrick was the last one.”