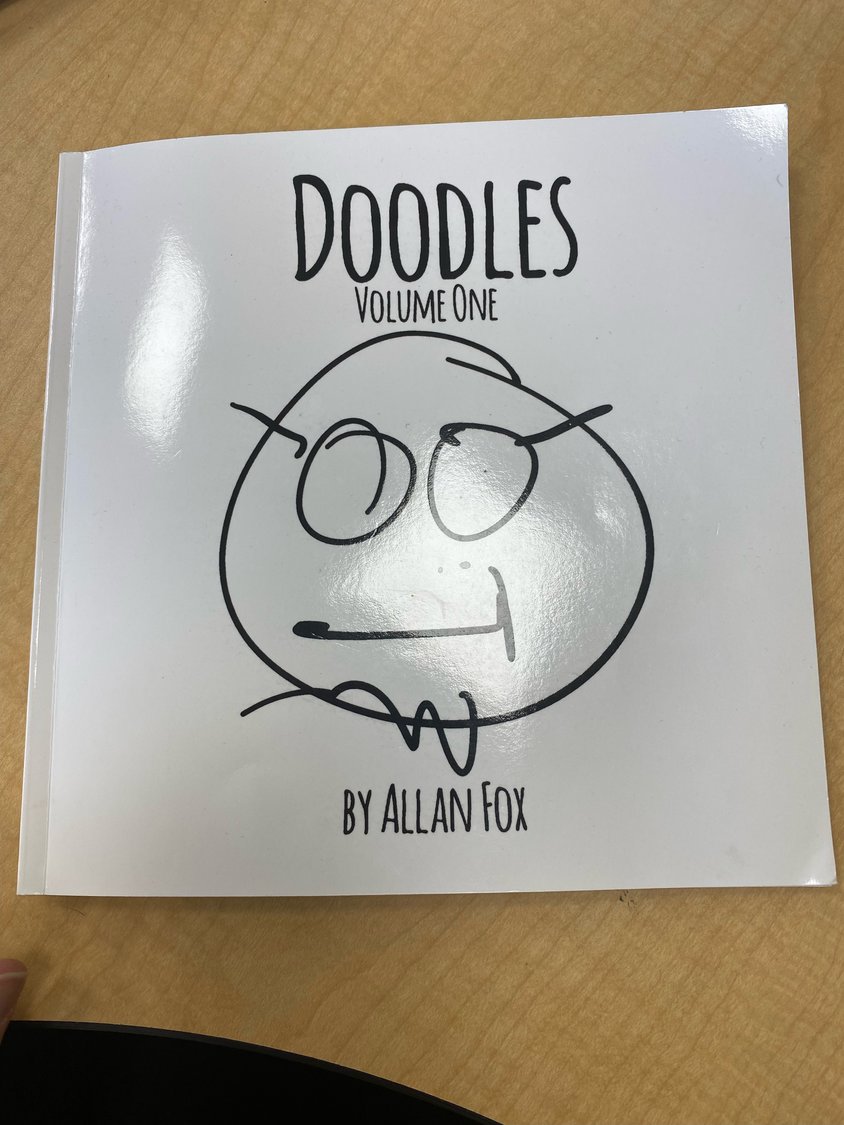 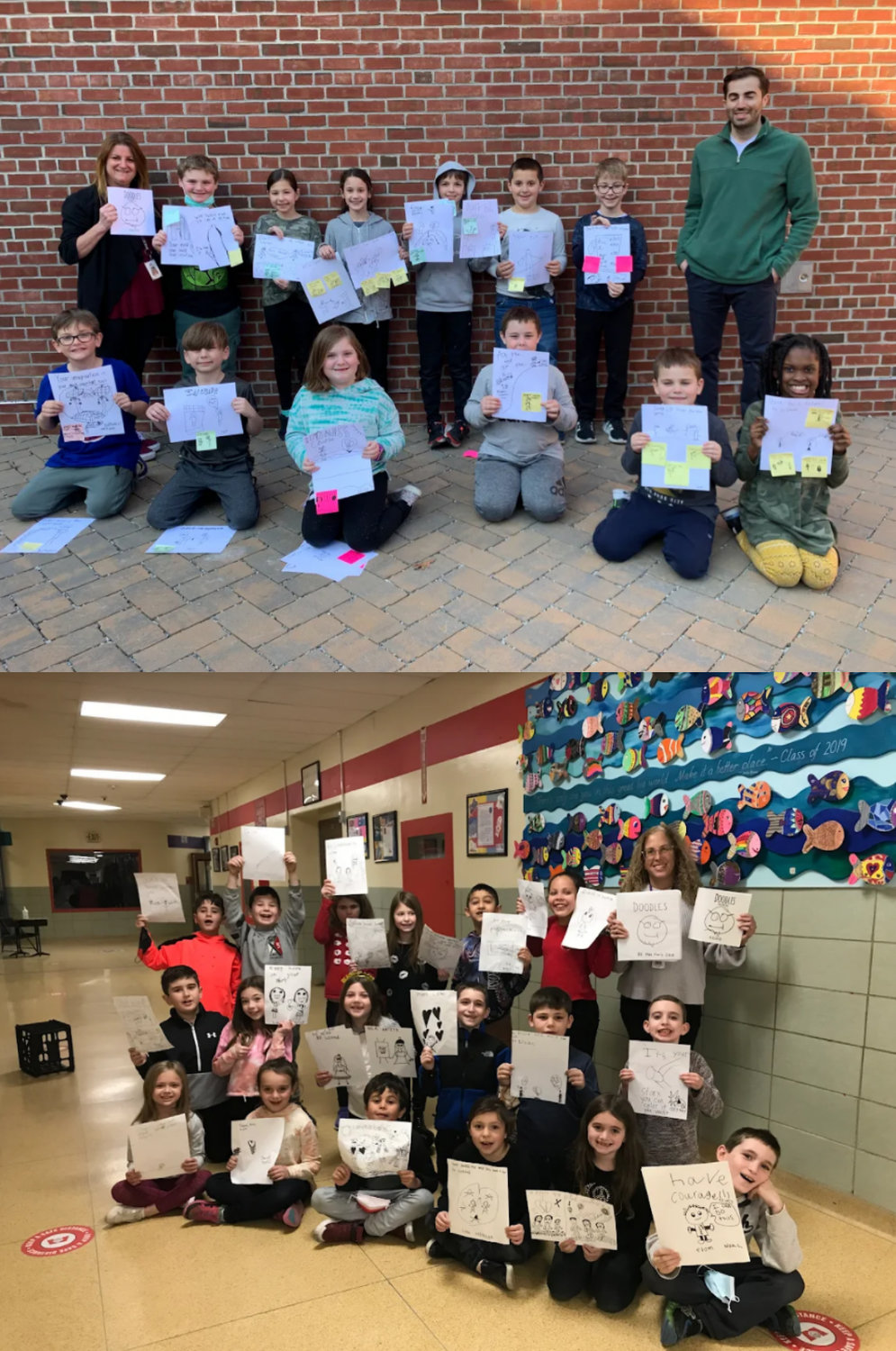 In the Merrick Union Free School District, students in Jodi Scavelli’s and Ilene Fox’s classes, top and above, learned how to create inspirational doodles. The classes met on Zoom earlier this month.
Courtesy Ilene Fox 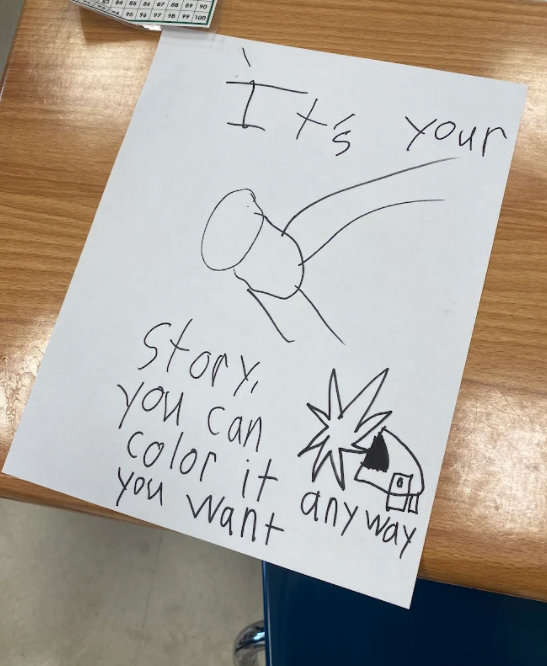 The students took to the lesson, making doodles of their own with messages of kindness.
Courtesy Ilene Fox 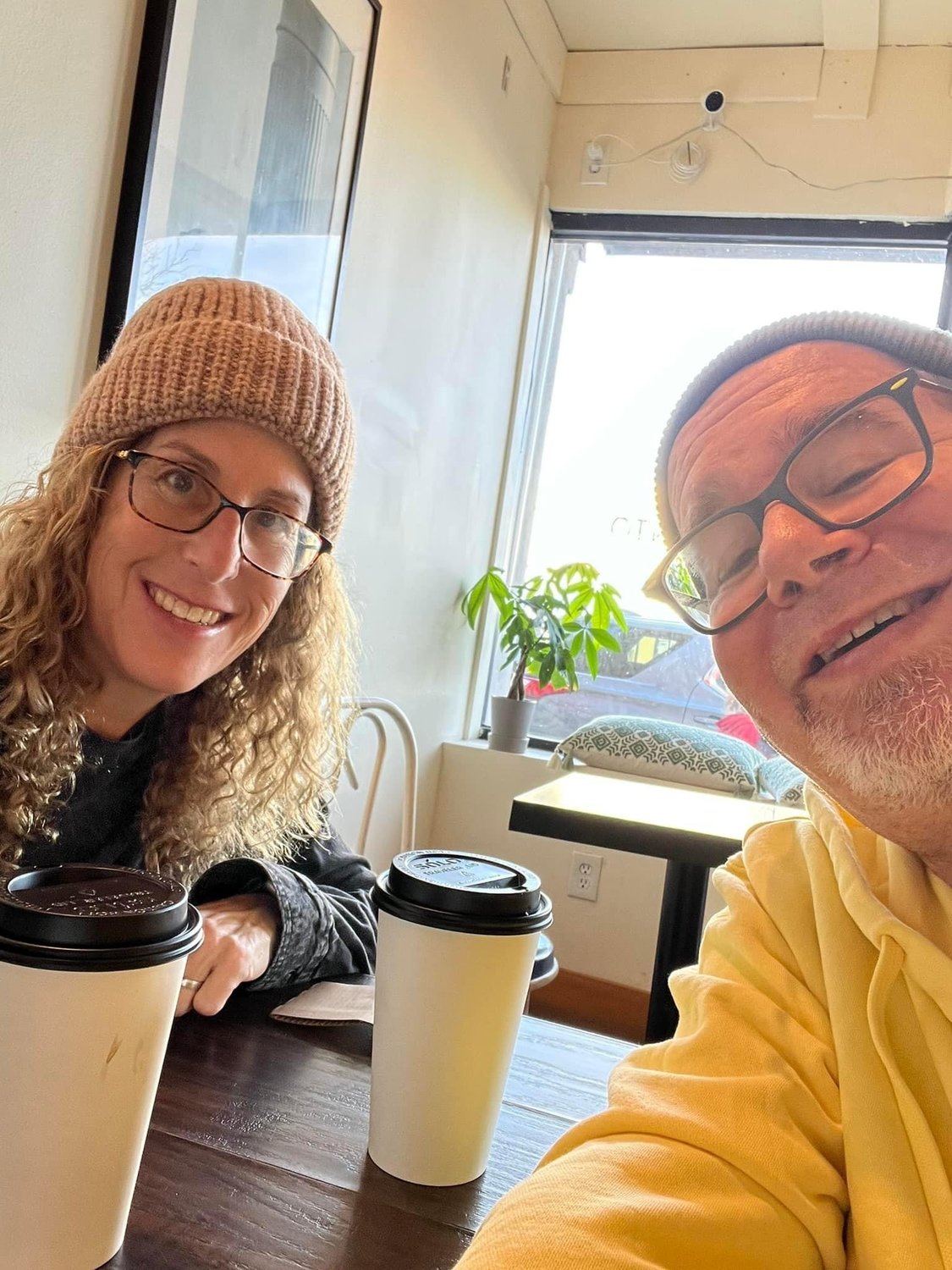 Ilene with her husband Allan, who founded a company called Realize Harmony to spread a message of peace, love and kindness through art, music and ideas.
Courtesy Ilene Fox
Previous Next

When I started learning more of what Allan did, I just wanted to bring it into my classroom.”
Jodi Scavelli, Third-grade teacher
By Jordan Vallone

Ilene Fox, a second-grade teacher at Norman J. Levy Lakeside Elementary School in Merrick, never expected her husband, Allan, to die last December. Allan always had a knack for art and music, and last summer he published a book called “Doodles Volume One,” on the power of inspirational doodling, hoping to spread a positive message through simple drawings.

Now, just a few months after Allan’s death, Fox, who lives in Long Beach, is using what she learned from her husband and spreading that message in the Merrick Union Free School District, with the hope that her students are motivated and inspired by doodling.

Allan was a human resources executive for 40 years, Ilene explained, and he retired just eight months before he died. They had met in 2016, and married in October of 2020 — a second marriage for both of them.

“It was definitely a tragic loss for so many,” Fox said of her husband’s death. “His mission was always to spread peace, love and kindness — and I can still do that. I can do that with my kids.”

Allan lived in Long Beach for many years, and was well known there, especially in the arts community. He was a board member of the Long Beach Arts Council, Ilene said, and he founded a company called Realize Harmony. Its mission was to share music, art and ideas.

“He has music on Spotify and streaming services — he did animations and voice-overs,” Ilene said. “But he had all these inspirational doodles, to inspire people to be kind . . . They’re really motivational — they get people thinking.”

Because Allan had created a book from his doodles, Ilene said, she knew that its message could become a lesson for her students. She shared the book with them, and afterward they created their own inspiration doodles modeled after those in the book.

“Some of the doodles in the book are a little more adult,” Ilene explained. “But they’re all about just making yourself better and making the world better.

“The kids really got into it,” she added of the lesson. “They did these amazing doodles.” Some of their creations were simple messages, such as “Spread Your Wings,” “Be Confident” and “Teach Kindness.”

Fox’s lesson was soon no longer limited to Lakeside. A colleague, Jodi Scavelli, who teaches third grade at the Roland A. Chatterton School in Merrick, saw Fox’s lesson and knew it would have an impact on her students as well.

Scavelli told the Herald that she met Fox at an in-service course they took about 18 years ago. Though they had seen each other only a handful of times since they met, they were friends on Facebook, Scavelli said, and she was happy for Ilene when she met Allan.

“She wrote so many nice things about him and their relationship on Facebook,” Scavelli recalled. “It was sort of a magical relationship. When he died, I was devastated for her.

“When I started learning more of what Allan did, I just wanted to bring it into my classroom,” Scavelli added. “I’m very into fairness and kindness. I saw Ilene had made a doodle center in her classroom, and I just had this idea that maybe we could do a Zoom lesson together, because it went along with my beliefs and what I teach in my class.”

About two weeks ago, the two teachers’ classes met on Zoom, and together the students learned about Allan, his message, and inspirational doodling. “It was really beautiful, the way it went through Zoom, both classes working together and sharing the screen,” Fox said. “As a way to tribute my husband, it was really great for me to see. He wanted to make sure people were living authentically, living with kindness and living with love.”

“It’s a big thing — this message to get out there,” Scavelli added. “He left her with this amazing stuff to carry on, and not everyone is going to have that.”

There are so many “other ways to experience Allan Fox,” his wife said. He created a Linktree for all his sites, and anyone can visit linktr.ee/realizeharmony/, to see his Instagram, YouTube, Spotify and more. His book is available for purchase on Amazon.

“I know that this is something bigger than just in Merrick,” Fox said of her husband’s work. “I never wrote an obituary, because I tribute him every day. He would be so proud of the kids doing all this work — they came up with words that had such meaning to them, and I know it would mean something to him too.”