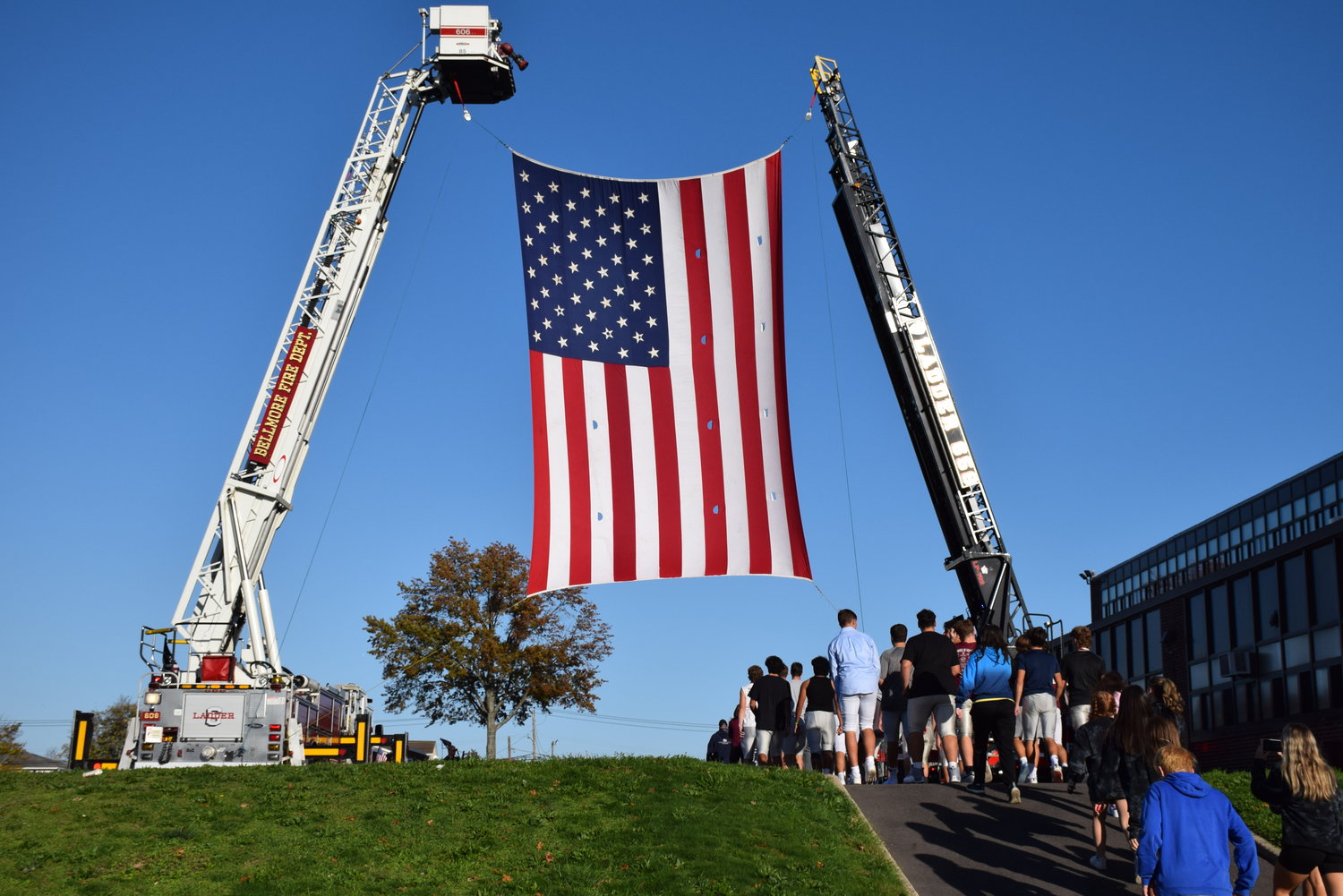 The North Bellmore Fire Department created a gigantic American flag arch for the students to walk under as they completed the climb.
Photo courtesy Bellmore-Merrick Central High School District 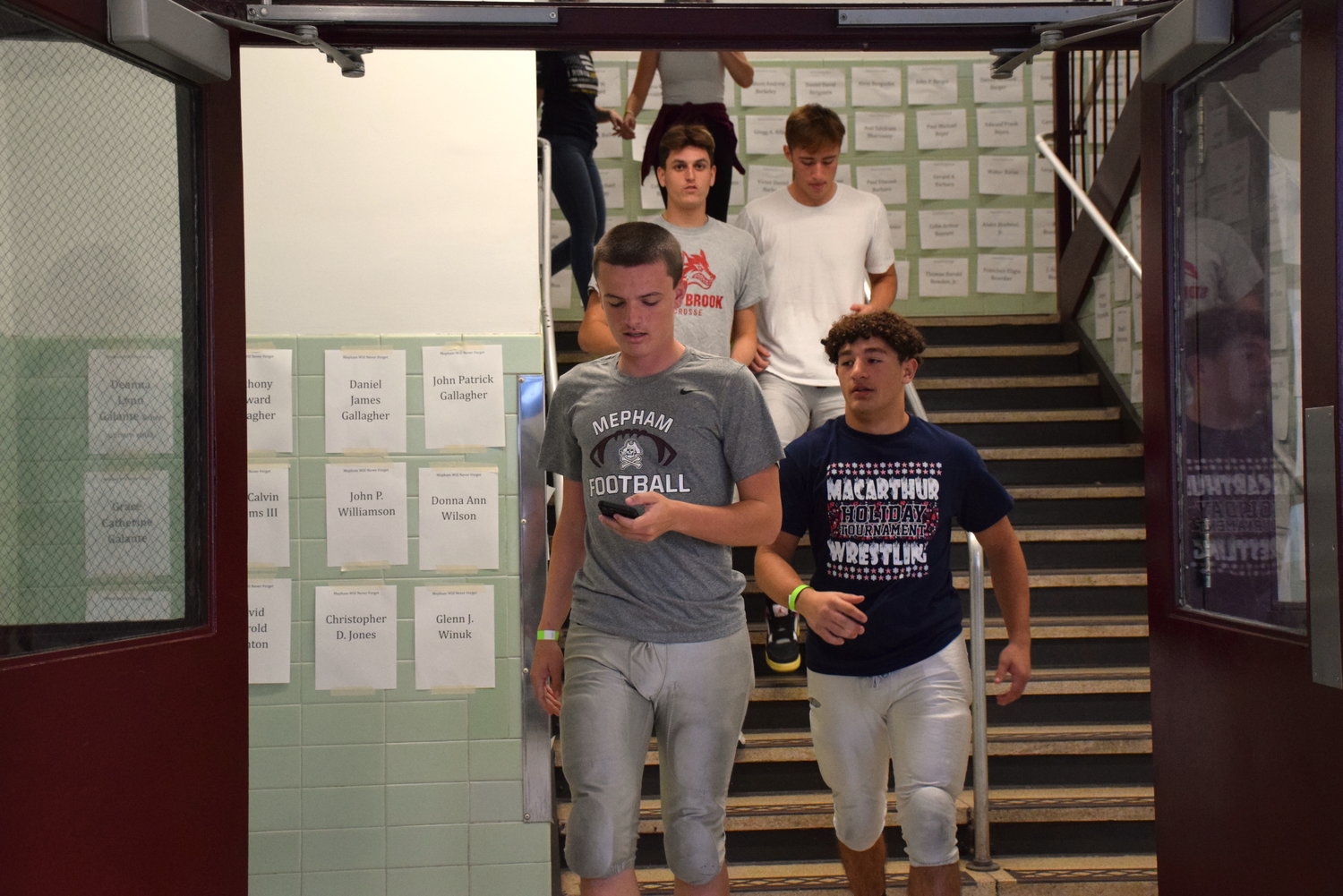 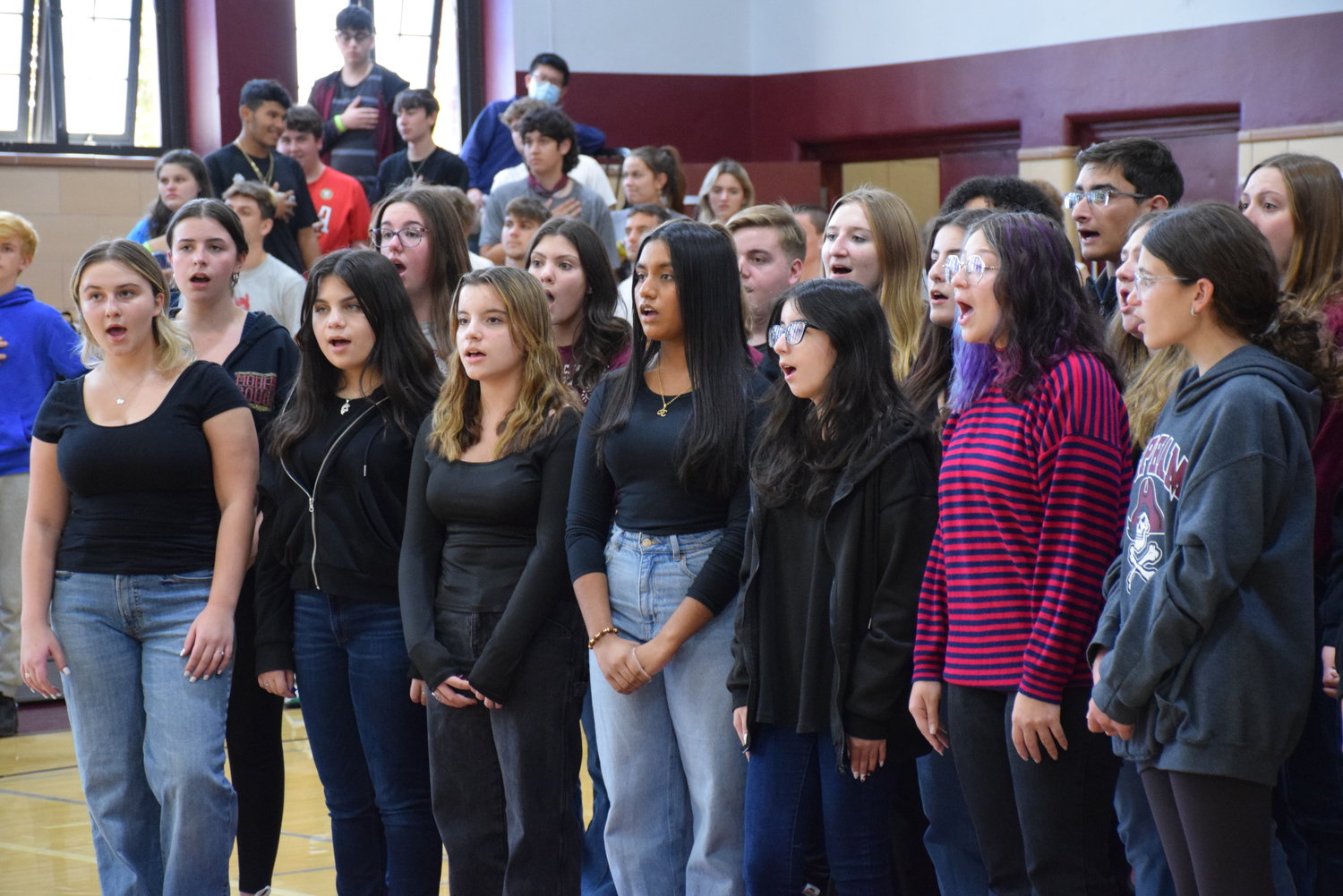 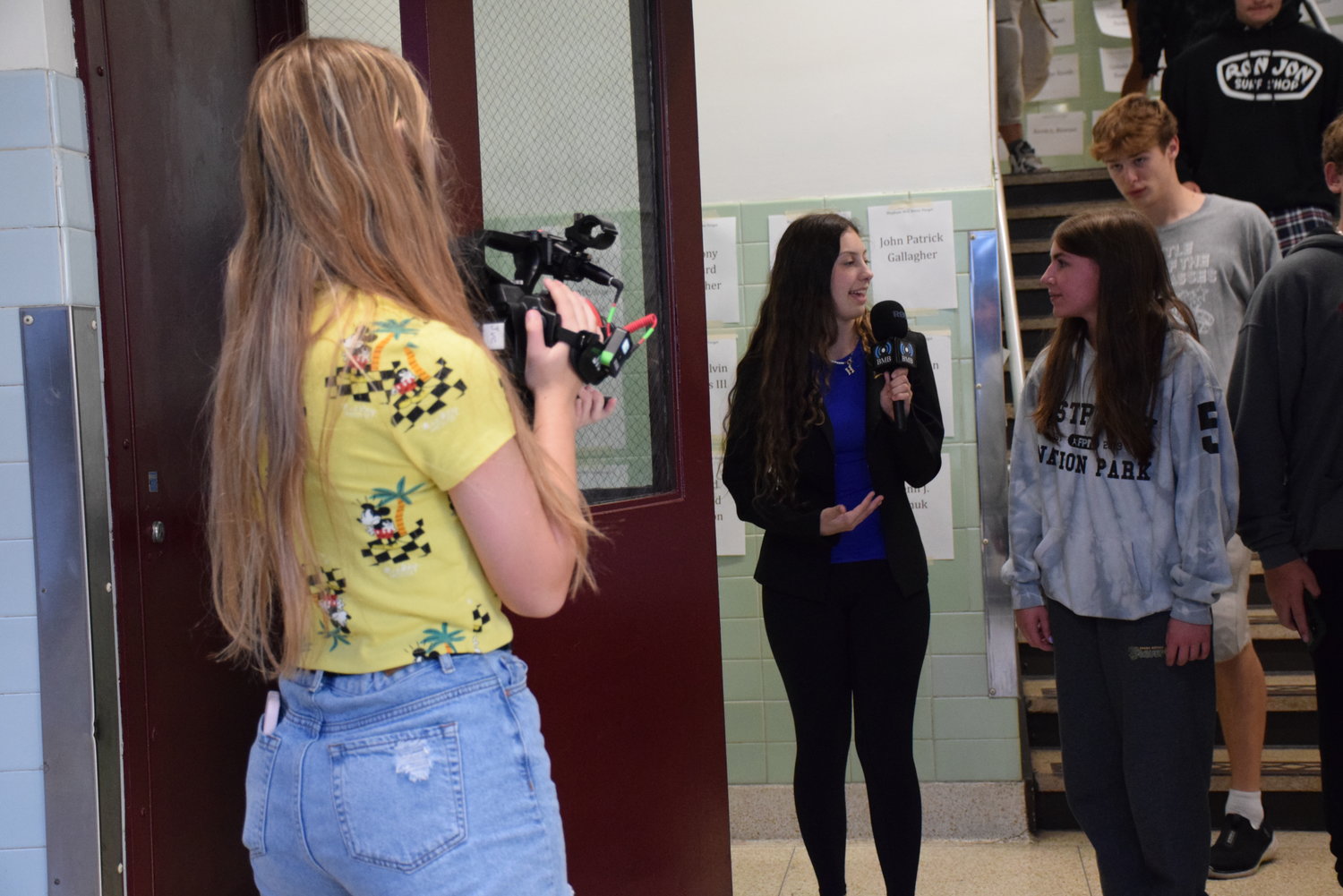 Wellington C. Mepham High School in the Bellmore-Merrick Central High School District hosted a stairway climb on Nov. 10 in honor and remembrance of lives lost and first responders who made the ultimate sacrifice on 9/11.

For a participation fee of $10, students and staff members climbed the equivalent of 110 flights of stairs up and down the three-story school. Both the varsity football and kickline teams participated. MephaCapella performed “The Star-Spangled Banner” ahead of the climb. Bellmore-Merrick Broadcasting covered the event.

“Today, we will climb the stairs of Mepham High School, as unified Pirates to pay tribute to the 2,997 victims of the Sept. 11th attacks,” explained social studies teacher and event co-organizer Kerry Dennis to the crowd of more than 150 students who participated.

The $1,700 raised will go to the Tunnel to Towers Foundation, which helps families of fallen first responders.

“On Sept. 11, 2001, Stephen Siller, who was assigned to Brooklyn’s Squad 1, had just finished his shift and was on his way to play golf with his brothers when he got word over his scanner of a plane hitting the North Tower of the World Trade Center,” Dennis explained. “Upon hearing the news, Stephen called his wife, Sally, and asked her to tell his brothers he would catch up with them later.

“He returned to Squad 1 to get his gear,” Dennis added. “Stephen drove his truck to the entrance of the Brooklyn Battery Tunnel, but it had already been closed for security purposes. Determined to carry out his duty, he strapped 60 pounds of gear to his back and raced on foot through the tunnel to the World Trade Center, where he gave up his life while saving others. The tower climb also pays tribute to Captain William F. Burke Jr.”

The Tunnel to Towers Foundation was created by Stephen Siller’s brother. Social studies teacher Chris Patten also helped organize the event and played the bagpipes outside as motivation for stairway climb participants. The North Bellmore Fire Department created a gigantic American flag arch for the students to walk under as they completed the climb.