New rabbi, and new beginnings at the Merrick Jewish Centre 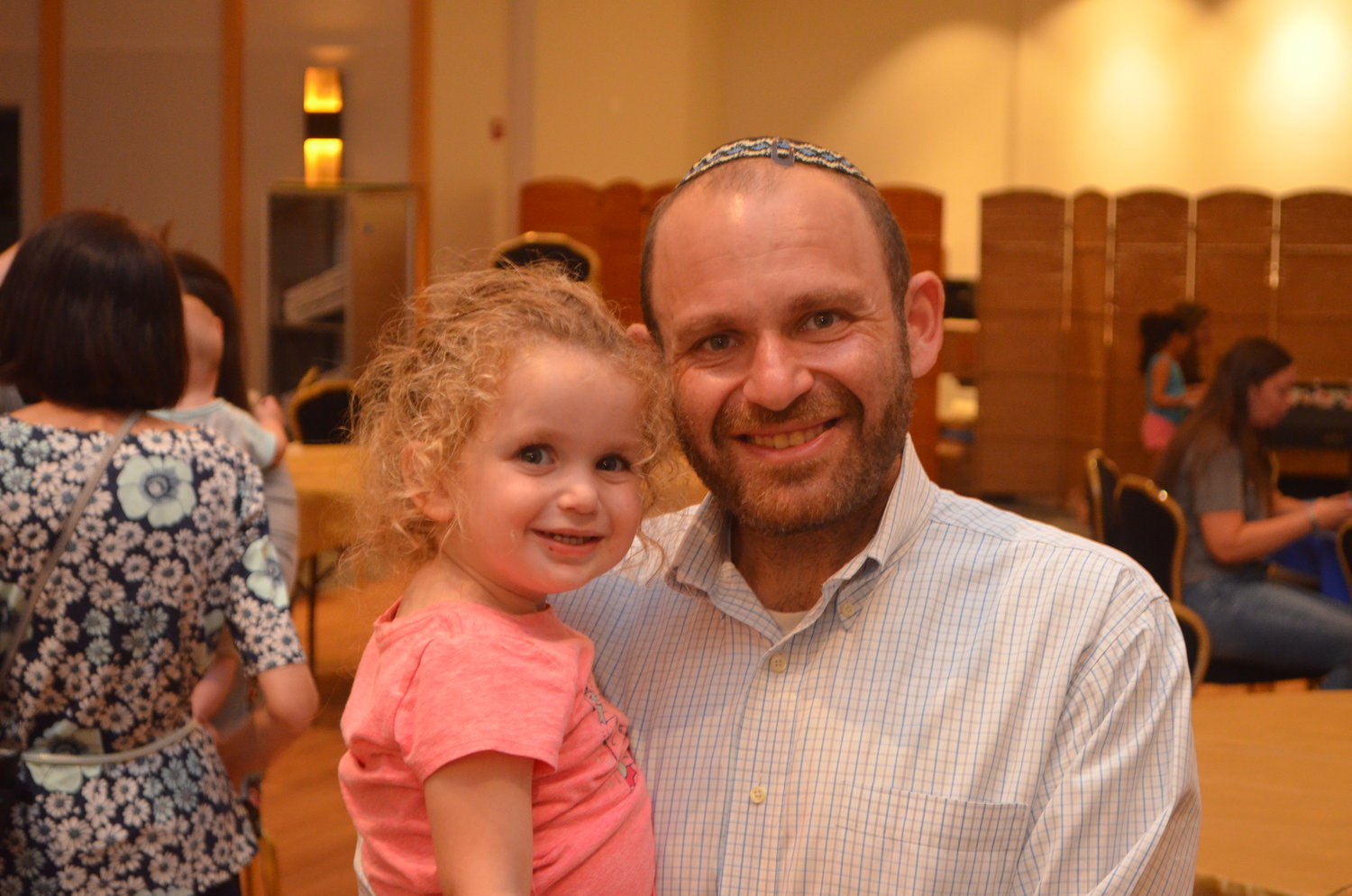 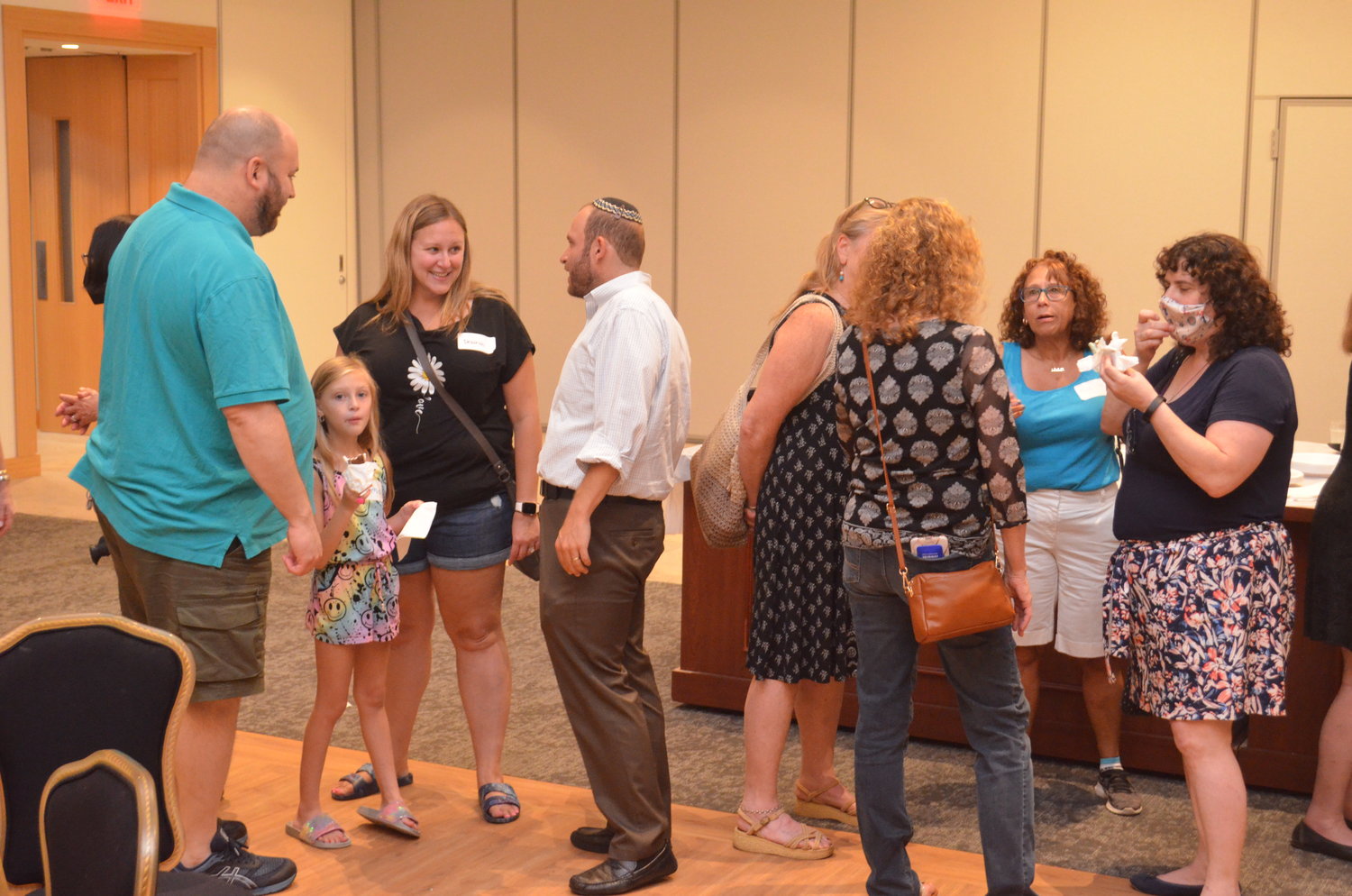 Rabbi Joshua Dorsch brings with him to the Merrick Jewish Centre-Congregation Ohr Torah a youthful spirit and young family. He is committed to lifelong learning, and getting to know his new congregants.
Tim Baker/Herald 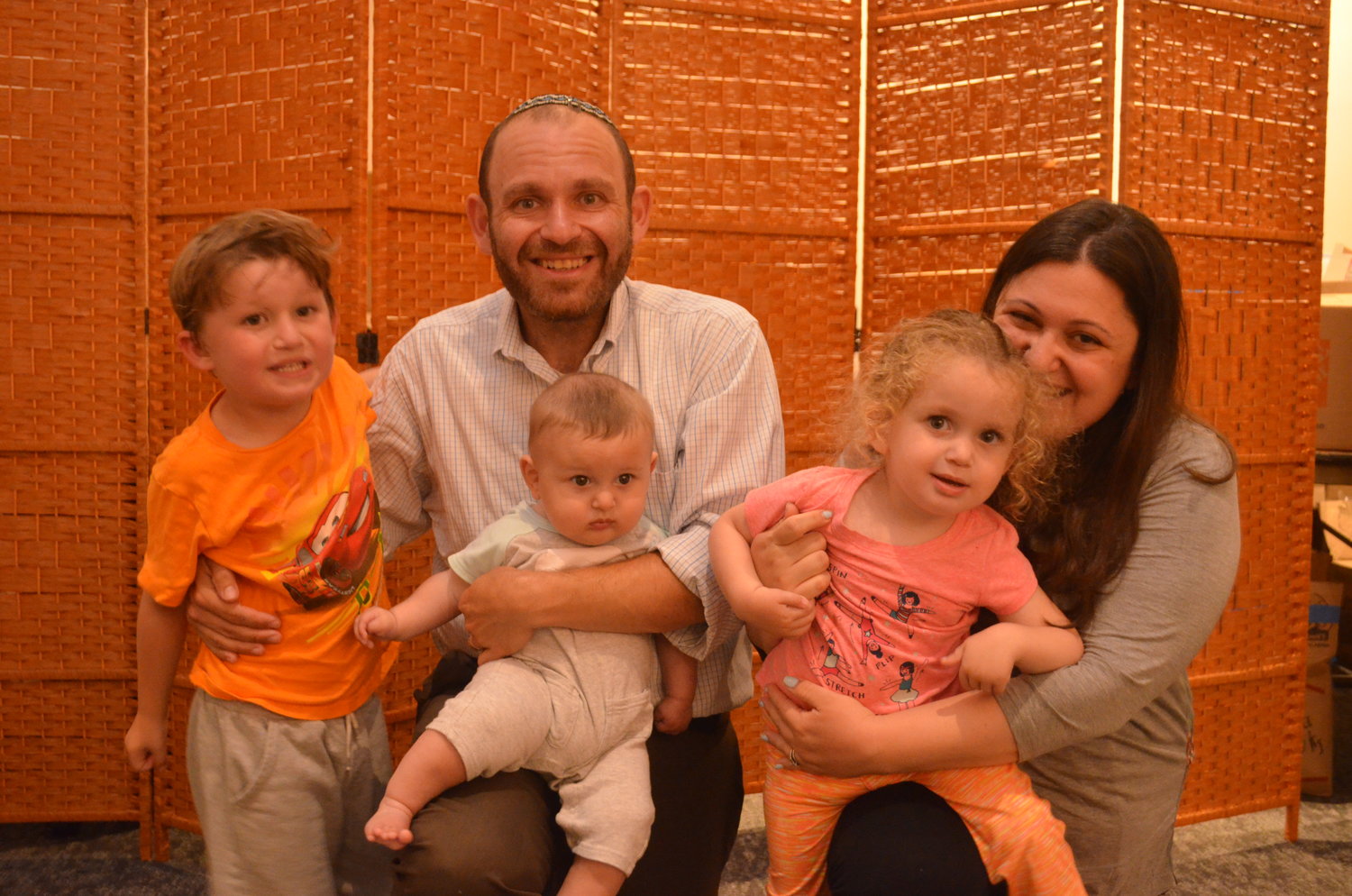 The family of Rabbi Joshua Dorsch is ready to create new roots in Merrick as he takes over spiritual leadership of Merrick Jewish Centre-Congregation Ohr Torah. Dorsch — with sons Nadav, left, and Avi, along with daughter Ziva and wife Stephanie.
Tim Baker/Herald 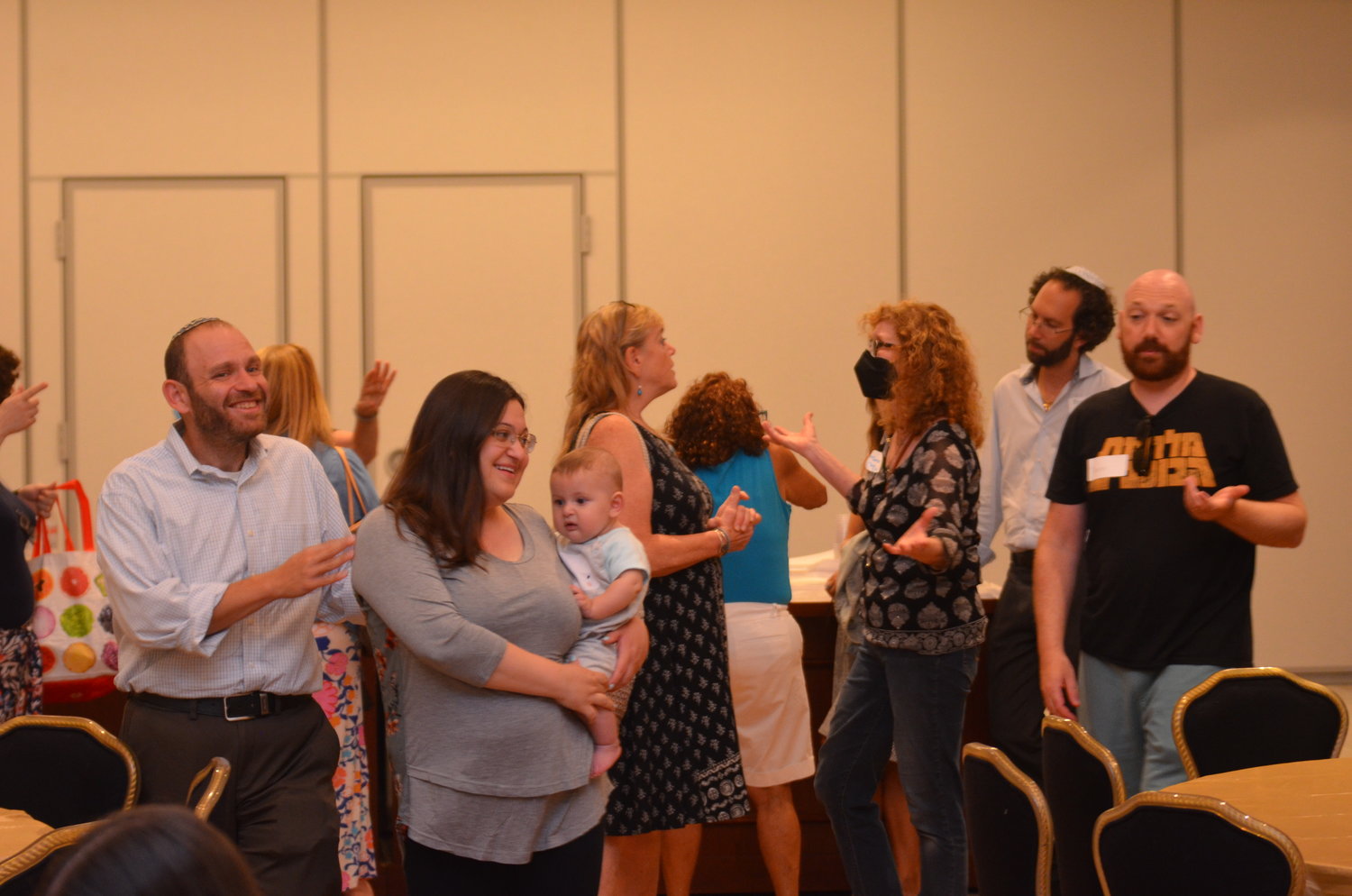 Rabbi Joshua Dorsch’s arrival has been an exciting time for the Merrick Jewish Centre’s congregants.
Tim Baker/Herald
Previous Next

It’s been more than four decades since the Merrick Jewish Centre welcomed a new rabbi. But the Fox Boulevard congregation did just that recently as Joshua Dorsch takes over as its spiritual leader.

Yet this day almost didn’t happen for Congregation Ohr Torah. Hailing from Philadelphia, Dorsch was convinced during his college years he’d become a lawyer. In fact, he not only has a degree from the Albert A. List College of Jewish Studies at Columbia University, he also picked up a degree from the main Manhattan campus itself, ultimately applying to both law and rabbinical schools.

“It was a really difficult decision between the two, because growing up in all my formative years, I was very active in leadership roles in both national and international youth groups,” Dorsch said. “I went to Jewish summer camp, and I loved it.”

Yet, the decision on which way to go got easy at the end, as it came down to a single deciding factor: money.

“That’s not what I wanted my life to be about,” Dorsch said. “At the end of the day, I went to rabbinical school. And I’ll tell you, to a certain extent I do feel like I went to law school. I just work for a different set of rules.”

Dorsch ended up at the Jewish Theological Seminary of America — List College’s parent. He picked up a pair of master’s degrees along the way — one in Jewish education, and another in Midrash and scriptural interpretation.

Not long after, Dorsch and Stephanie decided to do something “crazy.” They completely changed the pace of their lives and moved to San Diego, with their infant son so Dorsch could lead the Tifereth Israel Synagogue there.

“It was very unknown, very unfamiliar territory for us — and we loved it,” he said. “But three kids and a pandemic later, we decided it was time to come back home.”

That’s when he got the call to come back home — or, at least, back to the east coast. The opening at Merrick Jewish Centre was both exciting and intriguing.

The process of finding a new rabbi to succeed Klein was a lengthy one, MJC president Howard Tiegel said. And Covid-19 didn’t help.

But also, selecting a new leader can be tricky. Especially following someone who had such deep roots in the congregation like Klein.

Like Dorsch, Klein arrived with his own young family in tow back in 1978. Many of the Jewish families were young then, Tiegel remembers. And now as Dorsch and his family arrives, Tiegel is seeing it again with a number of fresh new faces in the Merrick and Bellmore Jewish community.

“In a sense,” Tiegel said, “we wanted to go back to the future.”

Dorsch recognized the “enormous progress and ongoing potential of the congregation” due to his “youthful spirit” and “soul of a person with greater life experiences,” Tiegel said, something he himself saw during Dorsch’s first visit to MJC last December.

Dorsch now lives in Merrick with his wife, sons Nadav, 5, and Avi, 5 months, and daughter Ziva, 2. He said they’re happy to be back on the east coast, close to their extended family.

“I will say, for better or for worse, my youth is one of my strengths,” Dorsch said. “I am committed to lifelong learning, youth engagement, and socially, religiously, and intellectually engaging congregants in any way that makes their lives better.”

“It’s a transition for sure, but for some people, it’s just a start,” said Sussman, who also serves on the congregation’s executive board. “We keep saying it’s like magic — history repeating itself. Our families can hang out, and our kids can play. But we also have someone to turn to. People just really want to build connections and hold onto Jewish tradition and culture.”

Klein, too, remains active in synagogue life, but describes the spiritual continuity of the Merrick Jewish Centre — which opened in 1929 — as a bit of an anomaly.

“When you look at the recent history of the Jewish community of Long Island, there is, sadly, a really high number of synagogues that have closed or merged,” the rabbi said. “The Merrick Jewish Centre has managed to remain a robust, dynamic, forward-looking synagogue.”

Klein’s hope is that Dorsch can take what has been created and use it as a foundation to build upon.

“As long as the history of the Merrick Jewish Centre is,” Klein said, “it’s remarkable that we’re talking about a history yet to be written.”

Dorsch is ready to get to work in this post-Covid world, ready to help the congregation redefine what it means to be part of an active synagogue.

“The pandemic was transformative,” he said. “As we begin to emerge from Covid, in what is a transformed view of the world and synagogue life, it’s about rebuilding in a way that makes sense for what it means to be a member of a synagogue — and the Jewish community — in the wake of the 21st century.”