Prioritizing safety, parents are in favor of weather-related closures 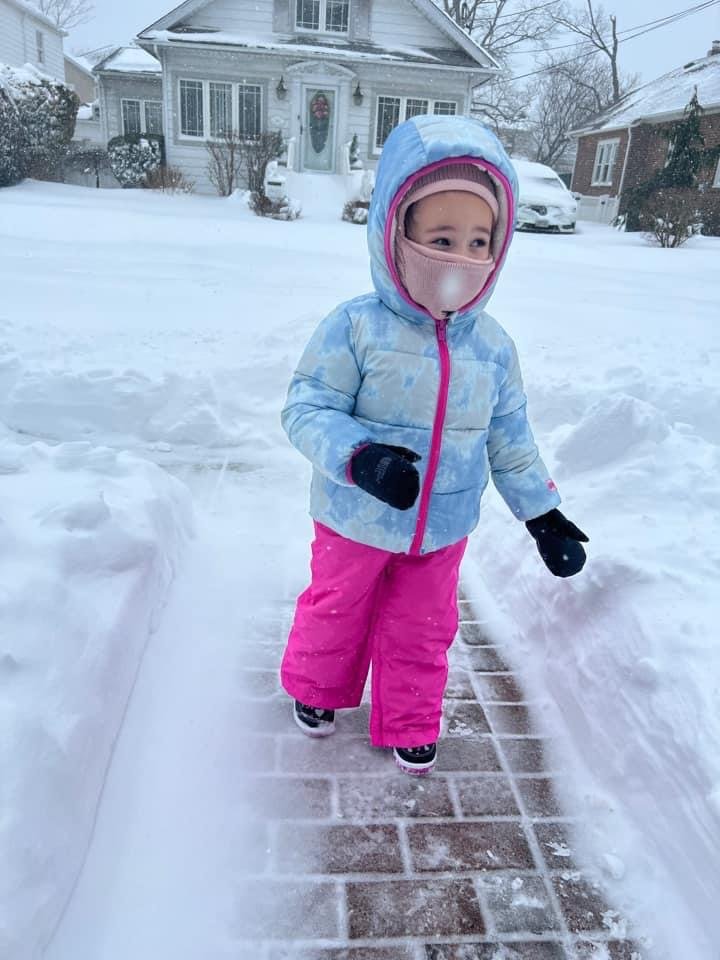 In January, Guilia Autorino had a blast in the snow, after blizzard-like conditions forced school closures in Bellmore-Merrick. Area school districts have weather-related emergency days built into their 2022-23 calendars.
Courtesy Emma-Ciniglio Autorino
Previous Next
More information on school closures

In the case of a weather-related closure, districts will notify households via their respective communication systems. Visit the sites below for the most up-to-date information on built-in days and closures:

Following news earlier this month that New York City public schools would no longer have snow days thanks to the availability of virtual learning, parents, teachers and students across Long Island were left wondering whether the same thing might happen in their home districts.

“With the new technology that we have, it’s one of the good things that came out of Covid,” Banks said. “We want to make sure our kids are continuing to learn, so, sorry kids, no more snow days, but it’s going to be good for you.”

The number of days varies from district to district, and is determined by each Board of Education.

Dominick Palma, superintendent of schools in the Merrick UFSD, said he prefers to refer to snow days as “emergency days.” He cited Superstorm Sandy as a reason, because in October and early November of 2012, schools across Long Island were closed for a week or longer due to damage and electricity loss caused by the storm — long before winter.

Palma, who is also the president of the Nassau County Council of School Superintendents for the 2022-2023 school year, said that the decision to keep emergency days is up to each school district. “Each district will consider if having snow days versus virtual days is in that district’s interest,” he said.

In Merrick, two or three extra days are usually built into the school calendar. If a school closes due to the weather more than two or three times, the excess missed day is made up on a built-in day — usually just before or after Memorial Day weekend.

“It’s a pilot program to do this,” Palma said, “but basically, I’ve told the board we continue to have emergency days, unless we’re on the verge of exhausting our built-in days.

“The main reasoning for this is if the weather is bad enough, some communities may not have internet or electricity,” Palma added. “You could only imagine what a mess it would be.”

Parents of Bellmore-Merrick students were quick to point out that at the height of the coronavirus pandemic, virtual learning proved less than ideal for students. Wendy Kaplan Shatz, whose children attend Saw Mill Road Elementary School, in the North Bellmore district, and Wellington C. Mepham High School, in the Central High School district, said that kids deserve to have snow days.

“We can all remember snow days as a kid — it’s just part of our childhood,” Kaplan Shatz wrote on Facebook. “I am sure we can all agree that everyone is done with remote learning. (I am) glad Long Island is not following in the city’s footsteps on this issue, and I hope it doesn’t change.”

Bellmore-Merrick schools have always emphasized the importance of in-person learning. During the 2020-2021 school year, the Central High School District was one of the first on Long Island to reopen for in-person instruction, eliminating the use of virtual methods by the end of September 2020. “We really believed that the kids needed to be in school,” Central High School District Superintendent Mike Harrington said.

City teachers living in the hamlets also weighed in on the issue. “I teach in Queens, and snow days are joyful for children and teachers,” Veronica Penny said. “We really have so few — let’s embrace them. After the last few years, I will be happy to never do Zoom again.”

The consensus from many parents was clear: snow days are fun and exciting, and kids deserve an unexpected day or two off. “I’ll never forget listening to the radio or watching the schools scroll on the bottom of the TV to see if my school was going to be closed for the day, and it was the best feeling when you saw it show up,” Kristen Ebner wrote on Facebook. “We don’t live somewhere it snows excessively, it’s for one- or two-days max. Let kids be kids.”