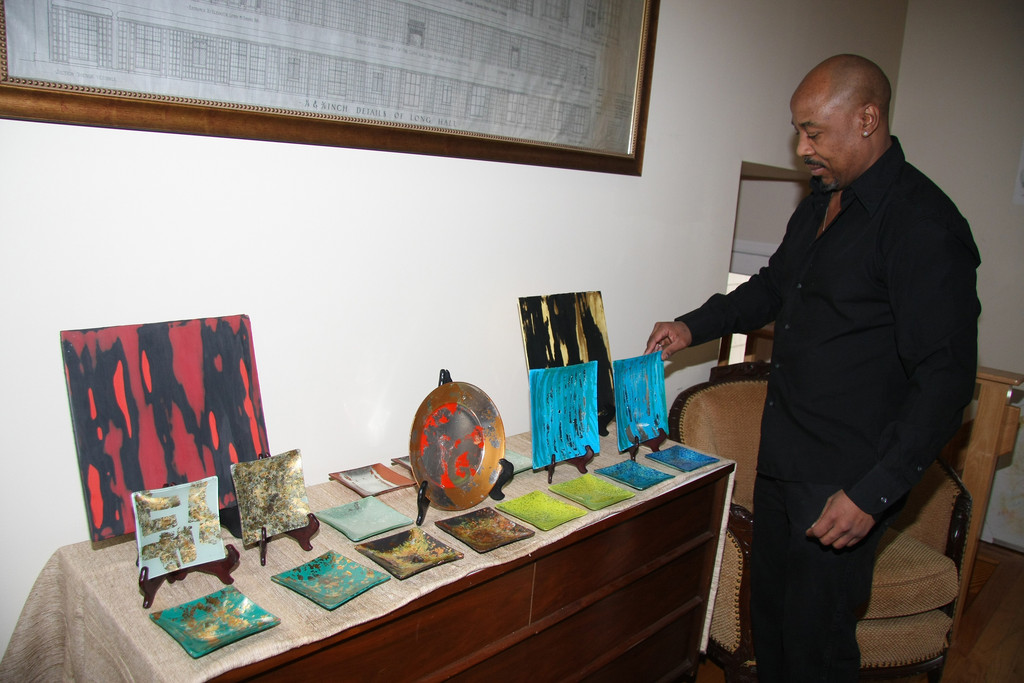 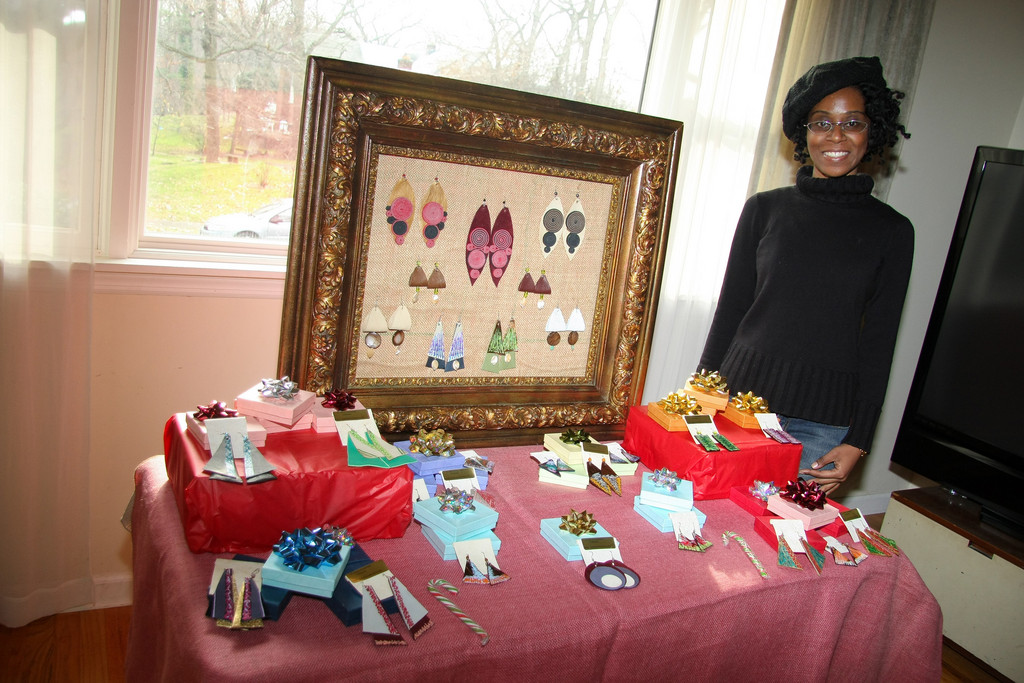 Nadege Alexis displayed her handmade jewelry at the Art & Gift Weekend Festival in Lakeview on Dec. 11 and 12.
Janette Pellegrini/Herald 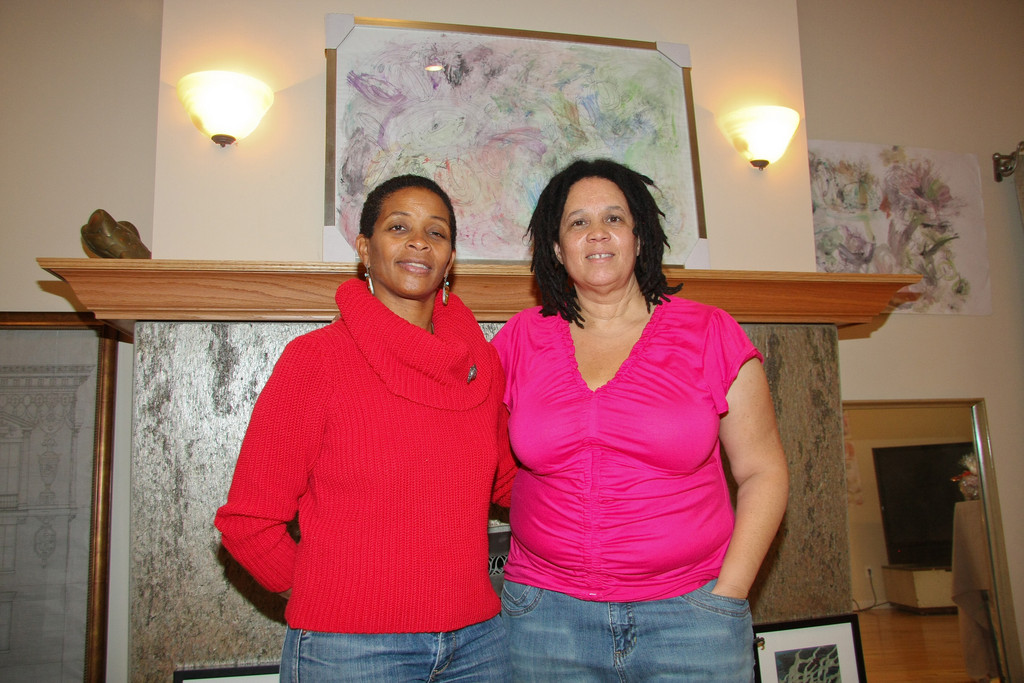 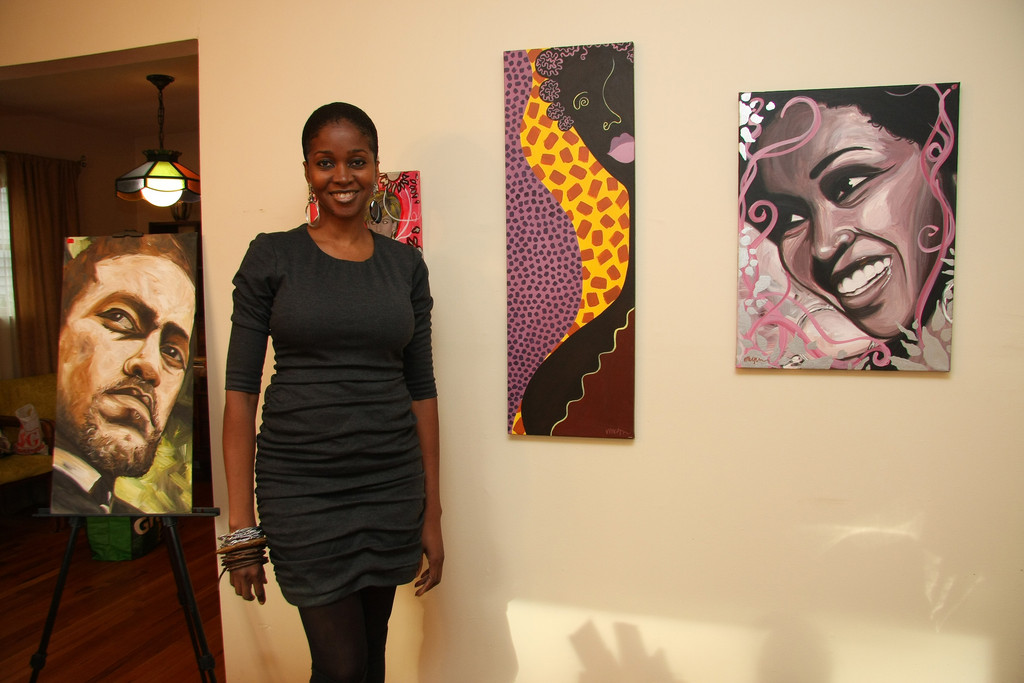 It sits on Columbia Avenue in Lakeview, looking quite like a typical, quiet family home, embodying the very concept of suburban living. This, in part, is what made the house a perfect spot into which to bring urban art, which is exactly what Felicia Moseley-Jackson, the house’s owner and an artist herself, did last weekend: she transformed her home into the Sweet Plum Gallery.

Located near Hempstead Lake State Park and about two blocks from Tanglewood Preserve, the house was the site of the second annual Art & Gift Weekend Festival — an event that featured artwork, including jewelry, photography, Afro-centric clothing, made by contemporary Harlem artists.

The idea to host the event was born earlier this year when Moseley-Jackson, 53, met artist Barbara Russell in the middle of the 125th Street in Harlem. “She did some doodling on some construction walls and I was like, ‘Wow that was really, really cool of her,’” Moseley-Jackson told the Herald in an interview.

The two women started talking and discovered they shared interests and backgrounds. When they discovered that Russell had grown up in Lakeview and attended Malverne public schools, they thought it would be “cool” to put together some sort of event.

“So, I said I have this big old house. …I’d like to give some artists some exposure out here on Long Island,” Moseley-Jackson said. “And [Russell] goes, ‘Well, that’s pretty cool because I’m with the Harlem Arts Alliance, you know. I can grab a couple of artists.’ And that’s basically how it all started.”

When asked about the chance meeting, Russell, 54, told the Herald she was thrilled by the prospect of bringing her artwork back to her hometown.

“This is where I had my first job,” she said, recalling her time working at Tanglewood Preserve when she was 16. “This is a little sentimental for me.”

More importantly, Russell told the Herald, this was an opportunity. “We found out we had a similar background, and I said, ‘Yeah, let’s create something, let’s do something: urban artists come to suburbia,’” she said.