A directory of dining options in Rockville Centre 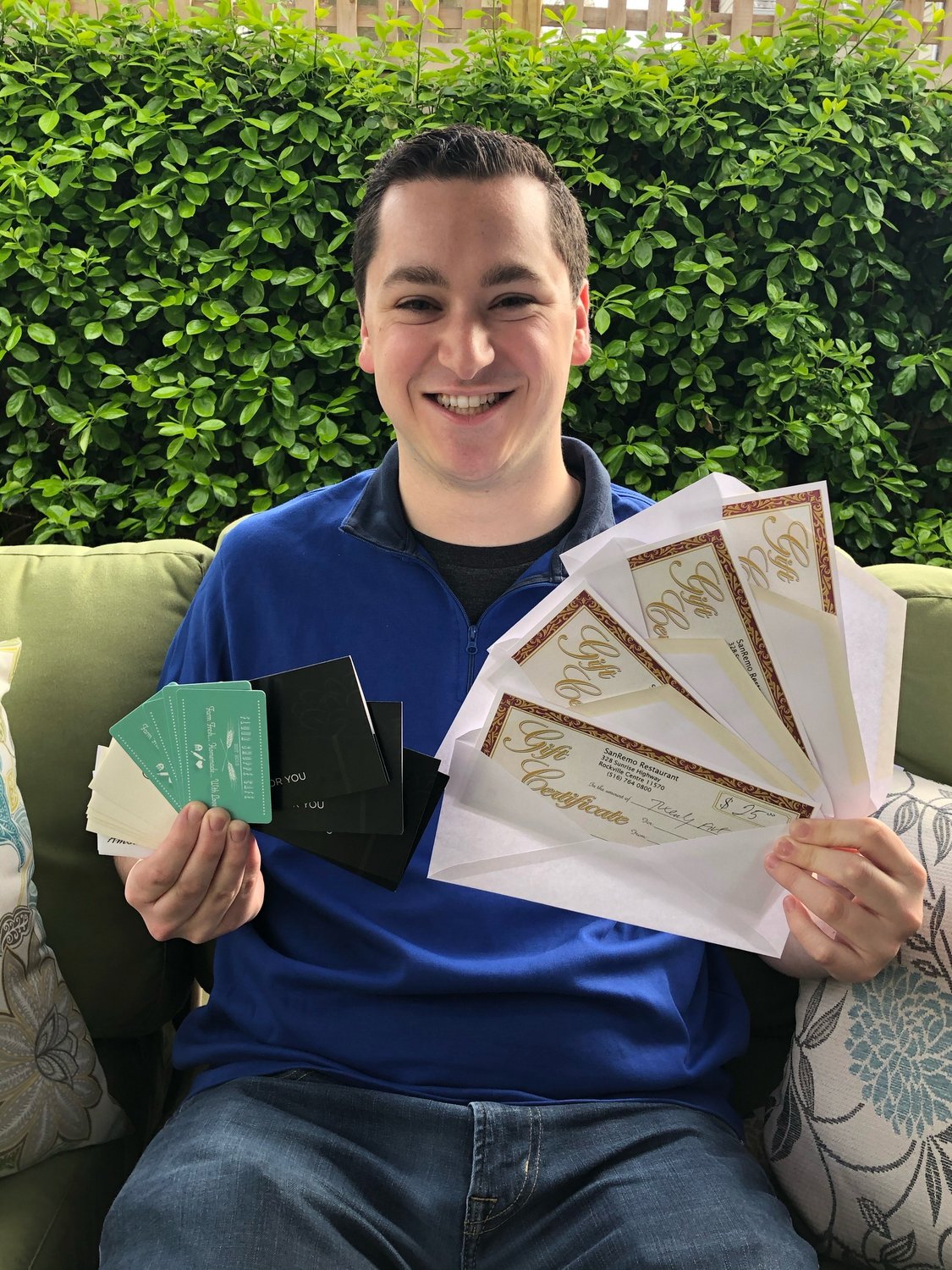 With businesses struggling amid the coronavirus crisis, there has been a push in Rockville Centre to support those that are still operating, in the hope that they won’t close for good. Matt Giovanniello saw the desire in the community to patronize local restaurants, but realized it was difficult to find accurate information. So he created Nourish New York, an online directory of all village restaurants now offering takeout and delivery service.
Giovanniello, 23, a 2014 graduate of South Side High School, said he was inspired by a post his mother showed him on the RVC Moms Facebook Group. Deputy Mayor Kathy Baxley had compiled a list of open restaurants in the village, which Giovanniello thought was a great idea, but he wanted to take it further so that all residents would have access to the information. He began researching the businesses to ensure the hours they listed were correct, but had a hard time verifying the information.
“The information asymmetry was very frustrating,” he said.
He also learned that many of the drivers for the food delivery apps the restaurants used were still charging a 25 percent fee. “When restaurants are forced to close their doors to dining customers,” Giovanniello said, “a 25 percent charge is a lot.”
He aimed to create a simple way for customers to find up-to-date information on restaurants contact them directly.


Giovanniello, a project manager and analyst at a software development company in New York City, searched the restaurants’ websites, then checked social media pages to see if there were reduced hours or staff, or any specials on offer. He compiled a list and created a website in about a week and a half, making sure to get user feedback before making the site public. In its first week it had 1,000 unique visitors, and more than 100 accounts had been created.
The site offers users rebates:a $5 credit for every $25 spent. After making purchases, a user can take a photo of the receipt and upload it to the site. Users who reach $25 in credit can select a gift card for a business of their choice.
“I thought about putting together something I’d want to use,” Giovanniello said. “Customers are rewarded for spending money at their favorite restaurants, and it incentivizes them to patronize those places.”
When they redeem the gift cards, participating businesses will see more business from customers. “It’s a win-win-win,” Giovanniello said.
“To see places that you know and love are struggling is sad,” he added, “but they’re still open, and you can support them and get something in return.”
From a business perspective, he said, it also helps make the website active, not passive. People are giving him feedback — letting him know if hours have changed, or requesting that a restaurant he missed be added to the directory, for example. And, he said, the reward factor encourages people to continue frequenting the restaurants, which will help them survive.
Baxley said she helped Giovanniello in the early stages by offering feedback, and has found the site to be very user-friendly. She has helped promote it by sharing the link on social media. “It’s an awesome idea, and he’s utilizing his talents,” Baxley said. “It’s a very positive thing for the community.”
Though he works full time and also runs a company of his own, Frenalytics, an online service for patients with brain injuries, Giovanniello is planning to expand Nourish New York and create directories for other communities. He said he has received requests for similar websites for Long Beach, Malverne and Oceanside, which he will focus on next.
Those who are interested in becoming sponsors by donating money for the gift cards can contact Giovanniello through the website, Nourish New York
Report an inappropriate comment