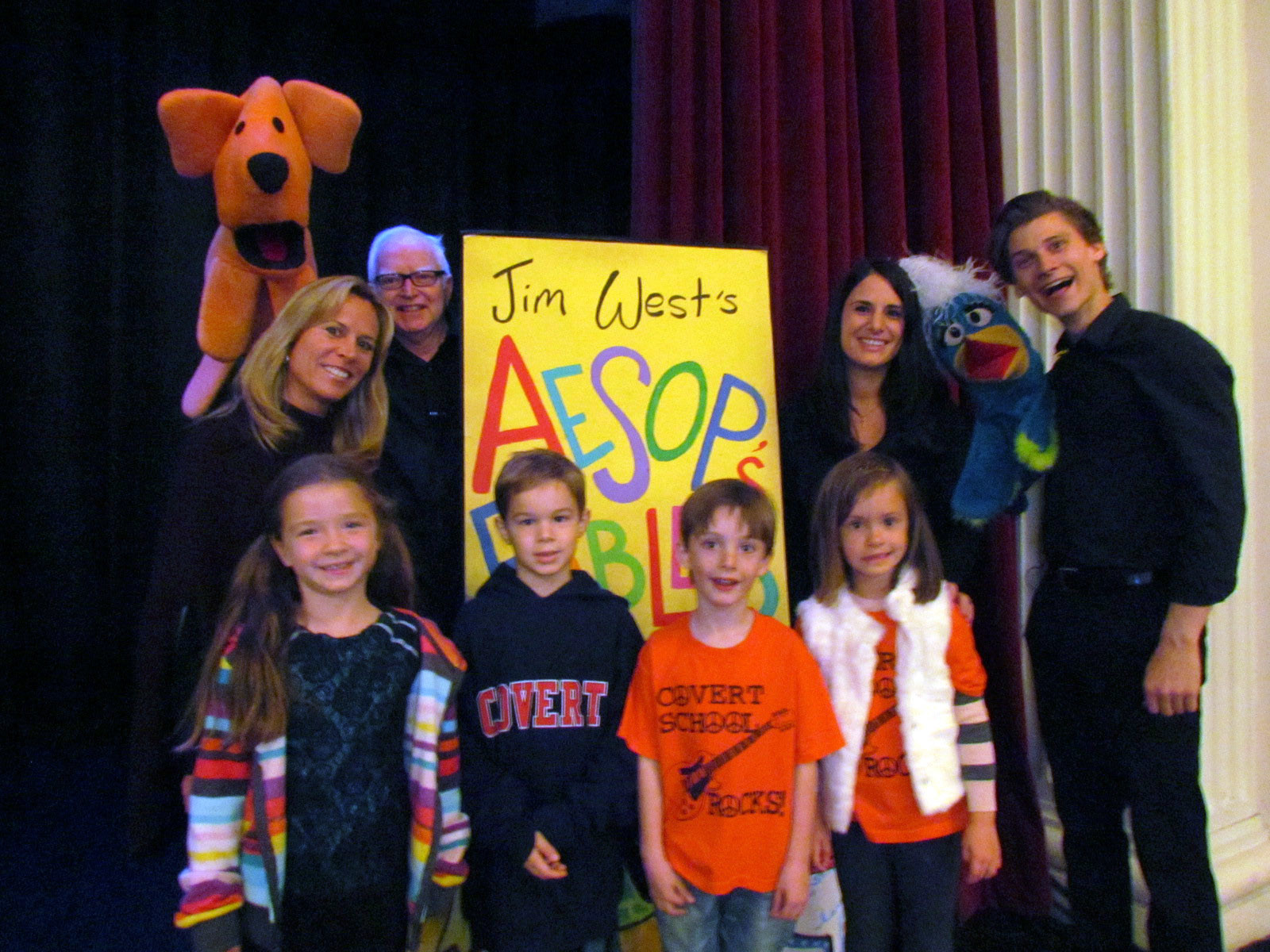 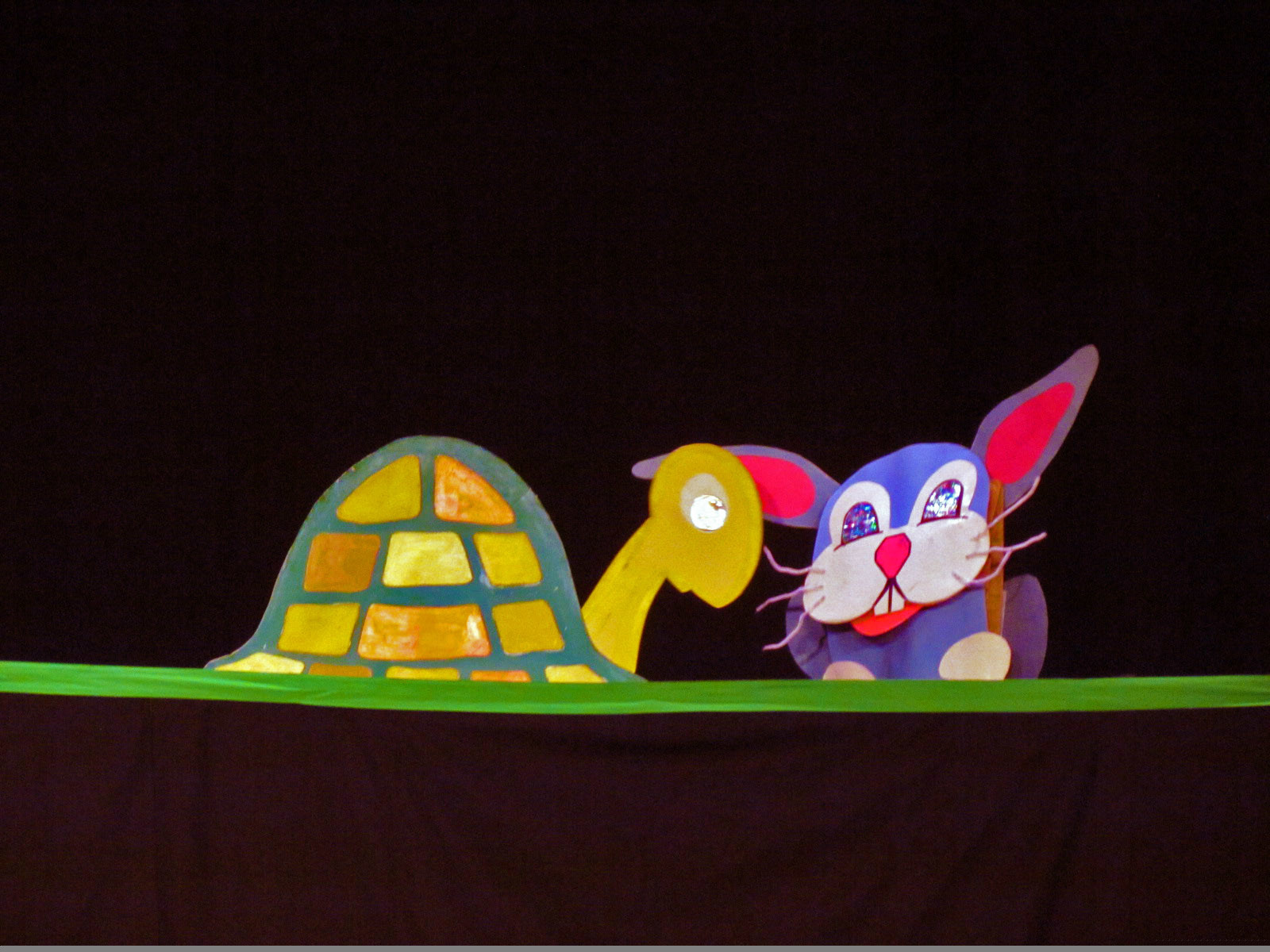 The Tortoise and the Hare learned that slow and steady wins the race.
Courtesy Rockville Centre Schools 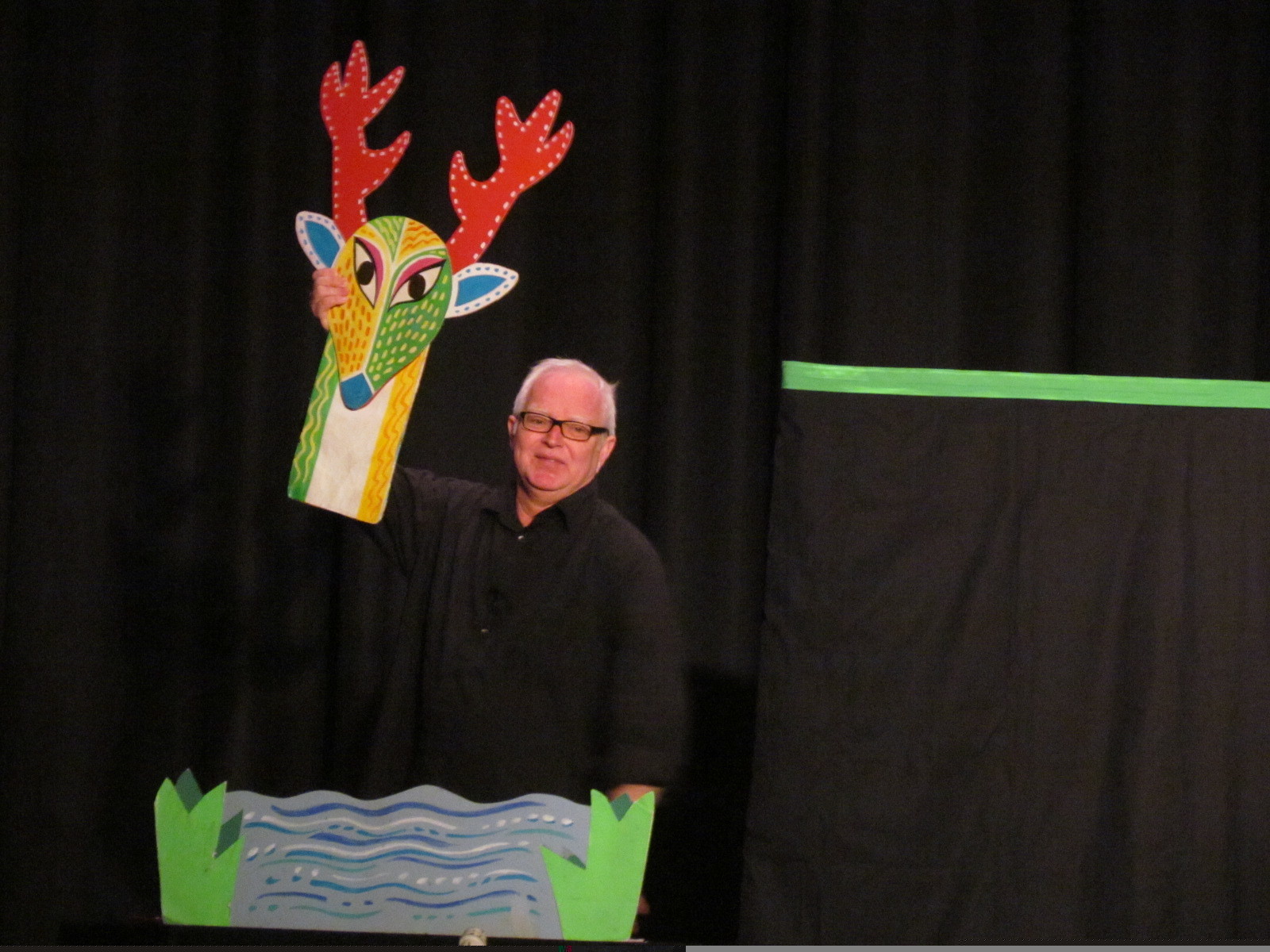 Rockville Centre first graders got to see their lessons come to life — with puppets. The children saw a performance of Aesop’s Fables at South Side Middle School, paid for by a grant from the Rockville Centre Education Foundation.

“To bring all the kids together at the middle school was something we were hoping we’d be able to do,” said Chris Pelletteri, the assistant superintendent for curriculum and instruction, and a district liaison for the Education Foundation. “And thanks to the Rockville Centre Education Foundation, we pulled it off.”

Fables are short stories that use talking animal characters and a simple plot to teach a moral. They are part of the first grade curriculum. Jim West and Ian Antal of the Theatreworks USA troupe used puppets — including those of the shadow hand, paper bag and newspaper variety — to perform several fables, including the Fox and the Grapes, the Sun and the Wind and the Tortoise and the Hare.

“It fits perfectly around our curriculum,” said Pelletteri. “The kids will be making their own puppets when they get back to school.”

The children certainly knew their fables. When Antal introduced one fable as “The Lion and the…” the first graders enthusiastically shouted “the Mouse!”

For that tale, Antal, dressed as the superhero “Puppet Man,” taught the children how to make a tree out of old newspaper sheets. They sang along to his song for rolling up a newspaper and were amazed at the final result — until Moral the dog puppet ate the newspaper tree. The children screamed and tried to warn Antal, but he did not hear them until it was too late.

Luckily, Moral had a replacement tree and the show went on.

Valerie Sprague and Antoinette Morgan, first grade teachers at Covert School, wrote the grant application to the Education Foundation. “We loved it,” said Sprague. “It was so well presented at their level — at a kid-friendly level — in a meaningful way that they could understand the meaning of the fable.”

“And the moral,” Morgan added.

According to Sprague, Theatreworks usually performs fables at Hofstra. “It wasn’t offered at Hofstra this year,” said Sprague. “So we proposed for them to come to the district and they graciously accepted.”

The Rockville Centre Education Foundation has funded more than $60,000 of grants for the 2014-15 school year, according to its website. “[They’ve] given us over half a million dollars in the past decade,” said Pelletteri.