Bowling is back in Rockville Centre 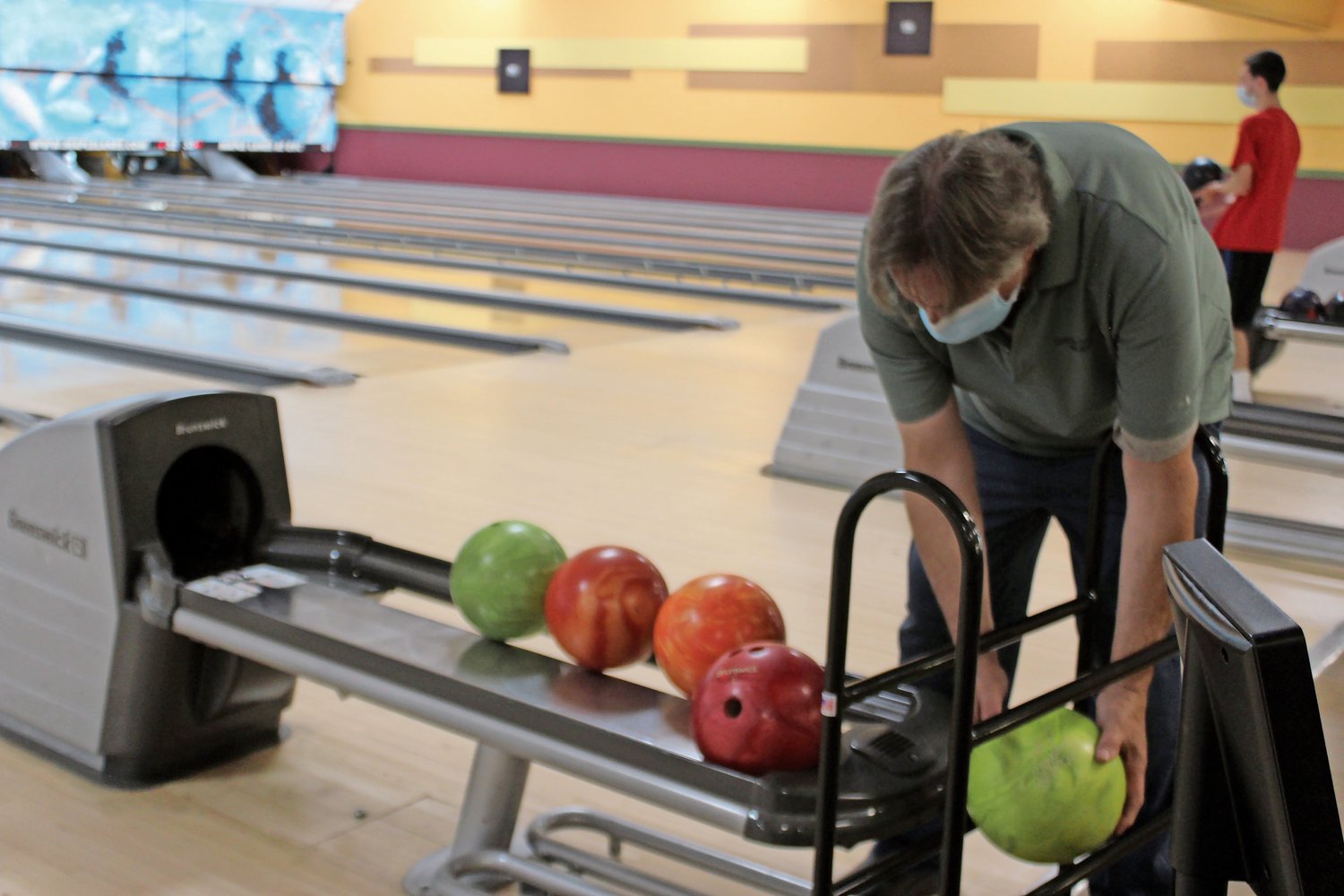 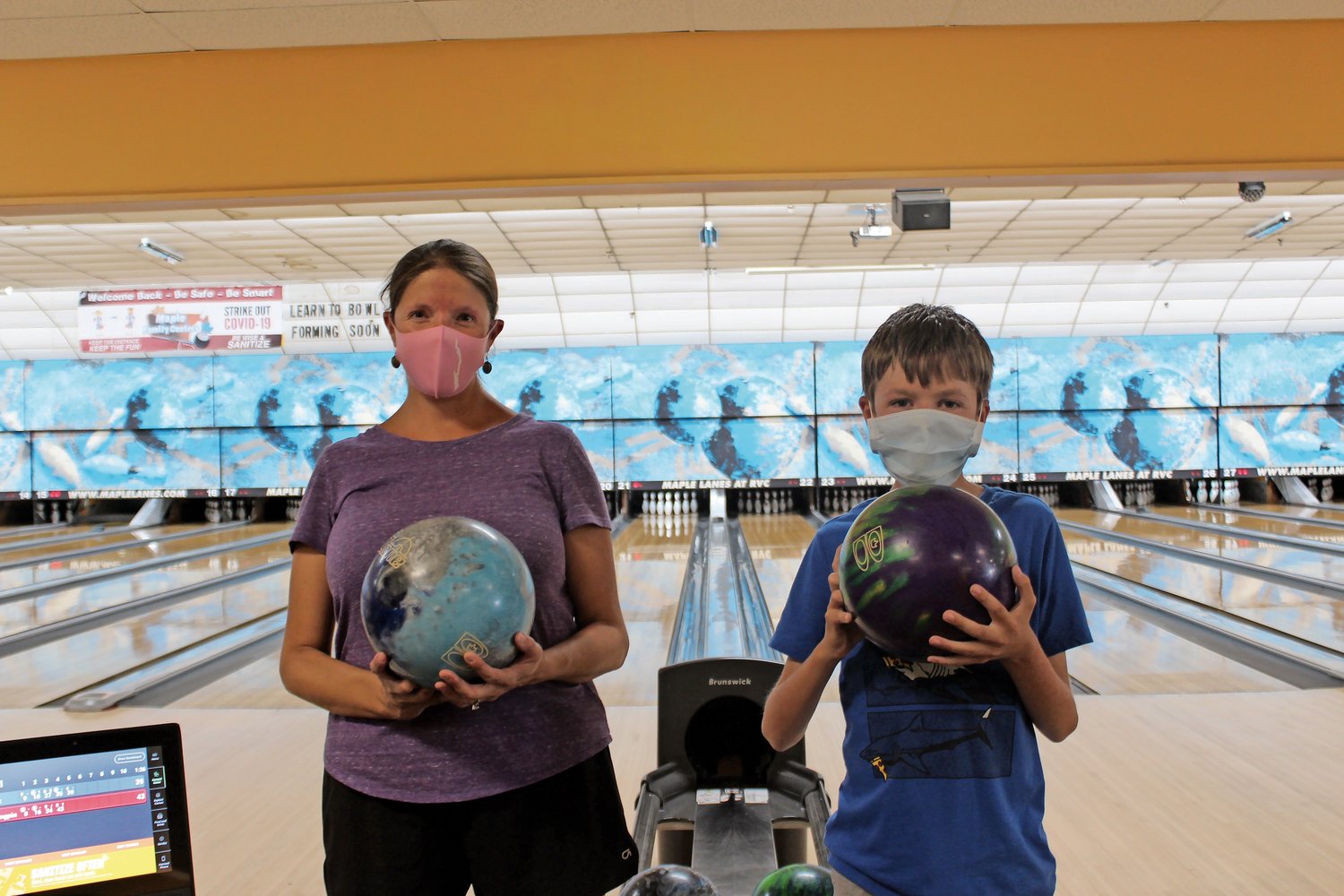 Liz Bonney, left, and her 11-year-old son, Matt, returned to Maple Lanes on Monday for an afternoon of bowling.
Briana Bonfiglio/Herald 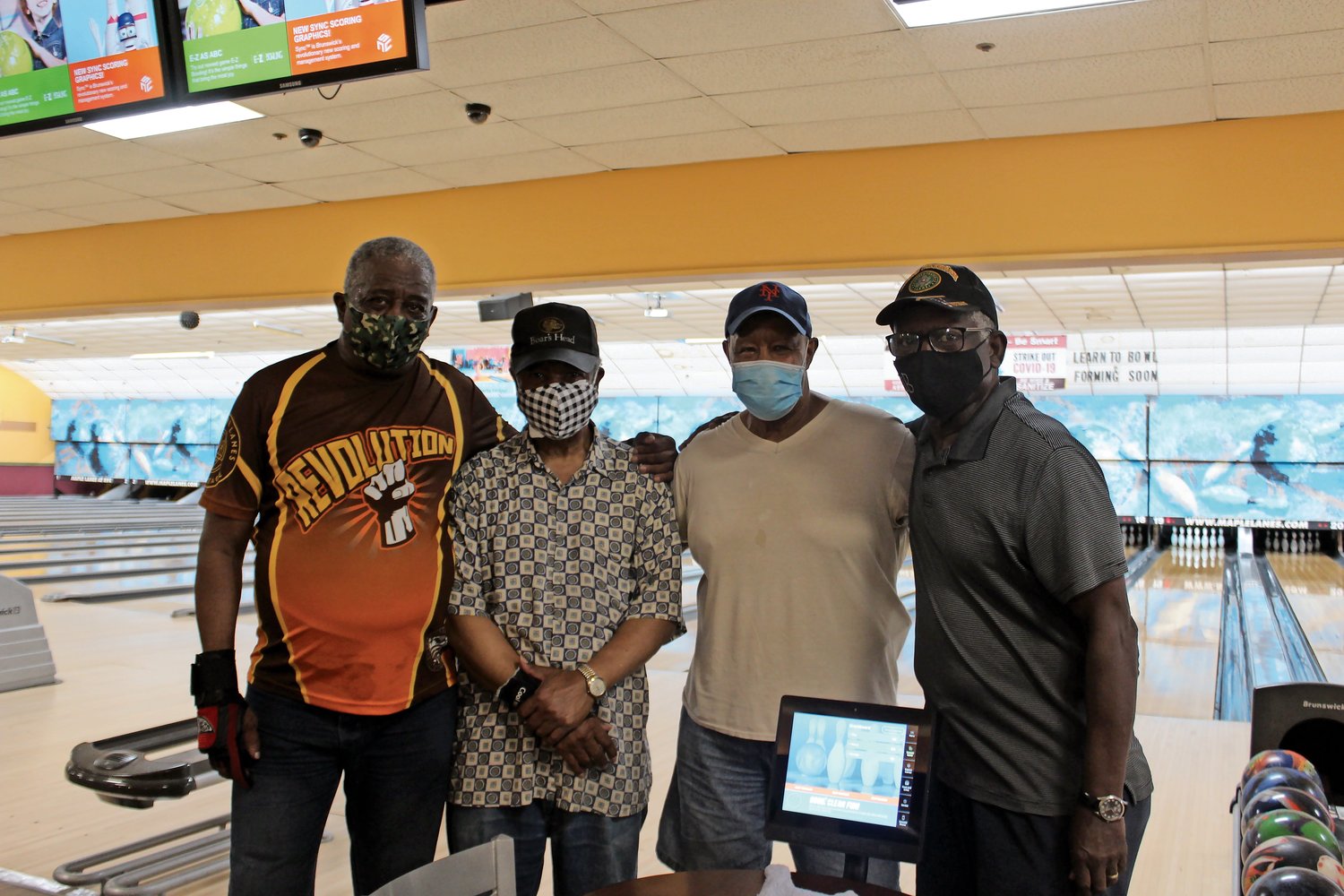 George Fields, far left, Henry Clay, Ray Lowman and Lenwood Buggie, all members of the Senior Birds league, were among the first bowlers at Maples Lanes when it reopened on Monday.
Briana Bonfiglio/Herald 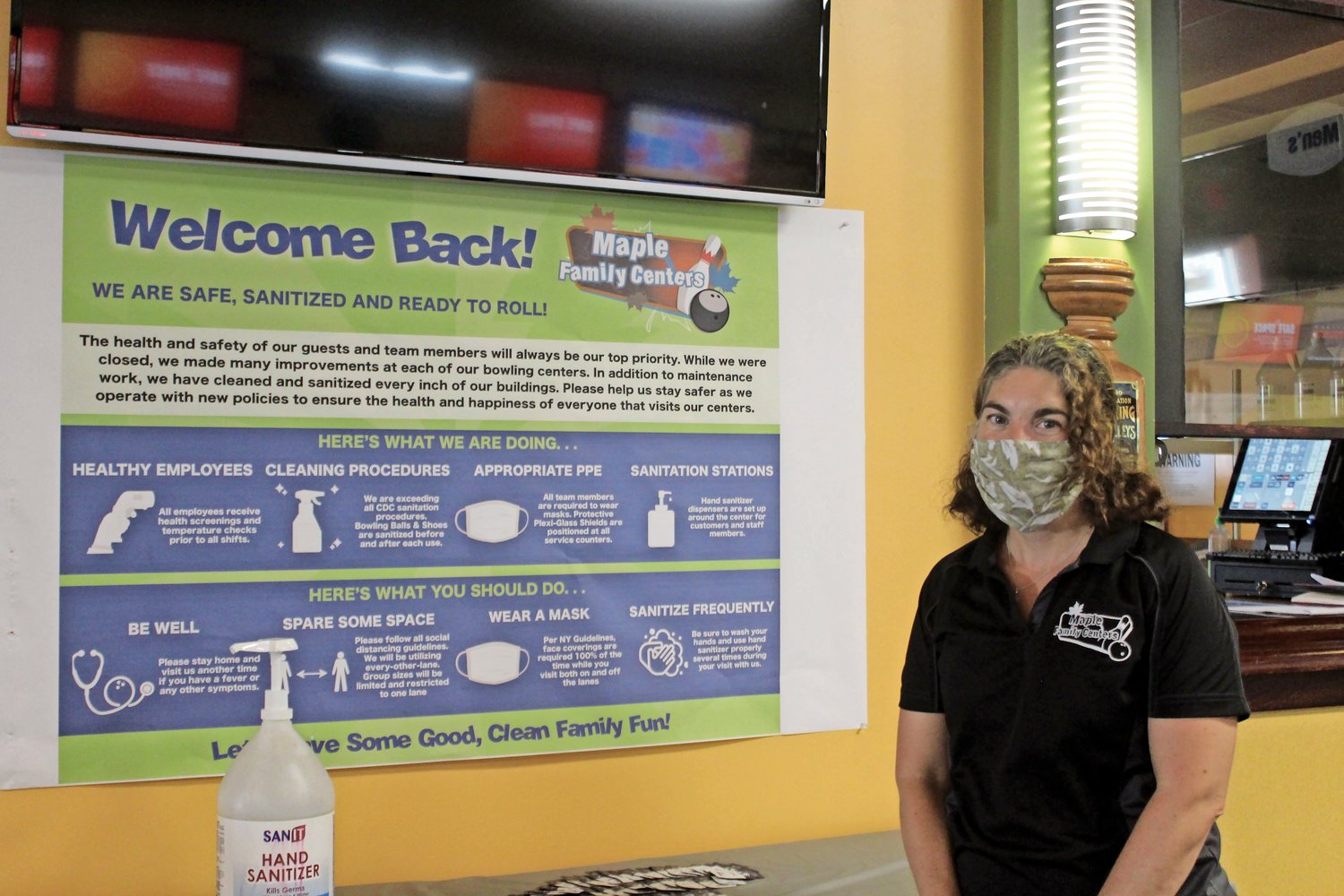 Teresa McCarthy, co-owner of Maple Lanes, ensured customers that the bowling alley had all the proper safety measures in place.
Briana Bonfiglio/Herald 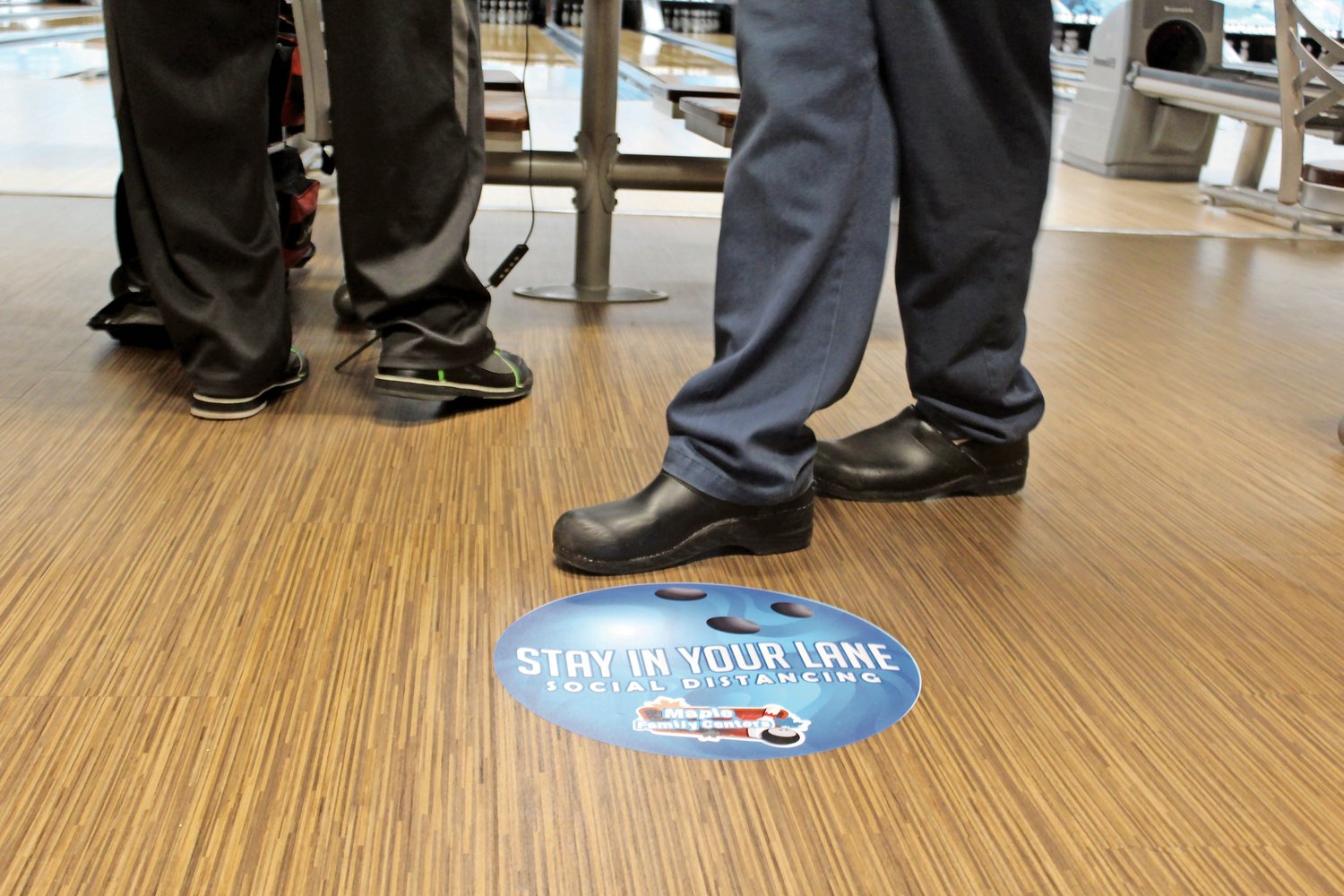 Decals on the floor direct bowlers to stay in their lane and maintain social distancing.
Briana Bonfiglio/Herald 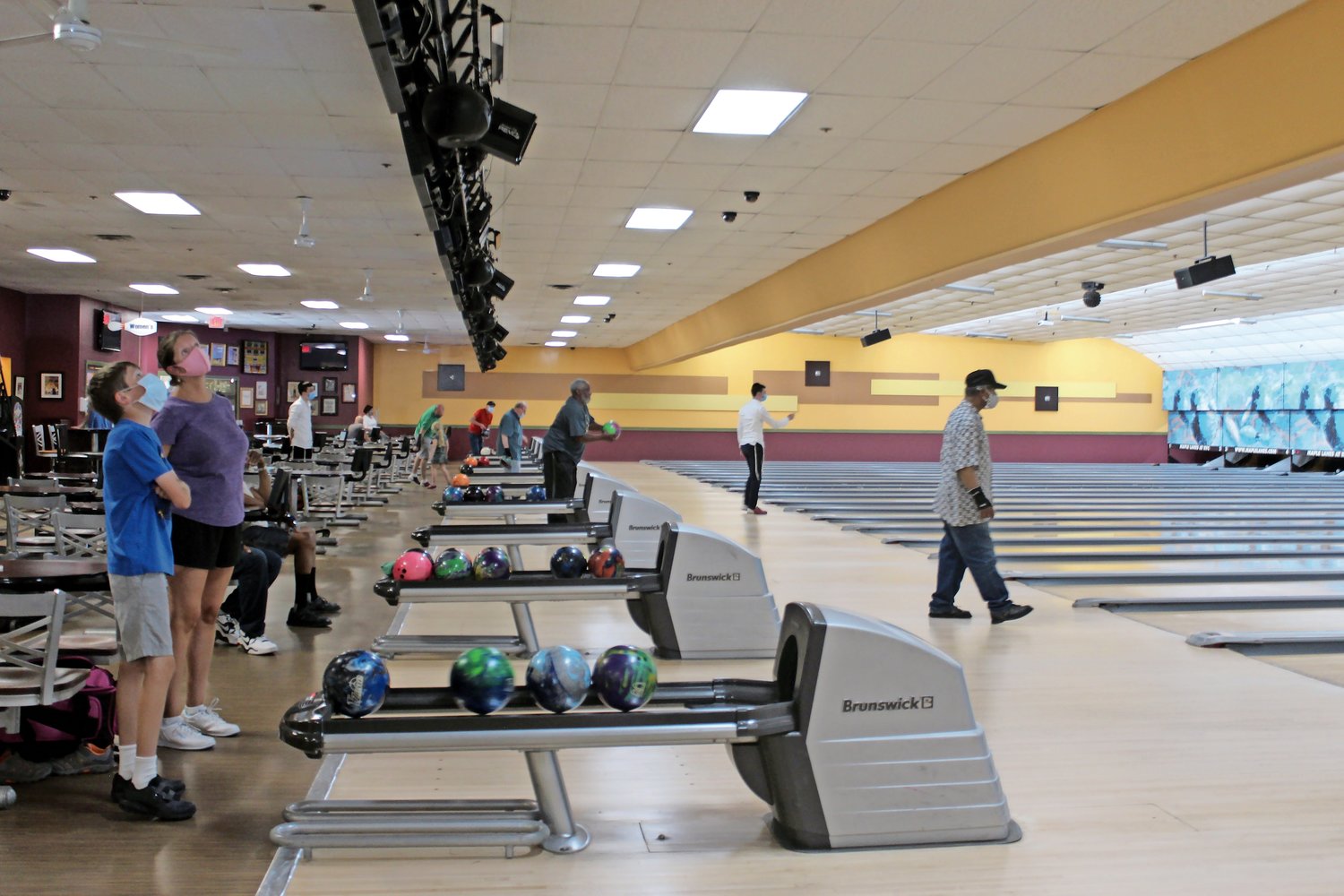 Monday was a day for celebration at Maple Lanes in Rockville Centre. After a five-month shutdown because of the coronavirus pandemic, the bowling alley reopened.

Although procedures in the lanes are much different than in March, bowlers said they were happy to be back. Asked if they were excited about returning, members of the Senior Birds league responded with an emphatic “Yes!”

“Going through bowling withdrawal is hard,” said George Fields, one of the members.

Teresa McCarthy, a co-owner of Maple Lanes, said the business received calls from regular customers every day, asking when it would reopen. “It’s been a very long haul,” she said.

McCarthy owns Maple Family Centers, which includes the bowling alley, with her father, John LaSpina, and brother, Joe LaSpina. She noted that it was challenging being closed for so long without knowing when the restrictions would end.

“One of the great things about a family business is you get to work together,” McCarthy said, “but in this case, it was difficult for the extended family when we all rely on this one source of income. All our fixed expenses remained despite not having customers.”

In June, the LaSpinas advocated for bowling alleys to be included in Phase 3 of New York’s reopening protocol, as opposed to Phase 4, arguing that unlike other large fitness and sports centers, it is easier to social distance between groups and sanitize in a bowling alley, similar to indoor dining.

She had sent a letter to County Executive Laura Curran in June, asking to reopen earlier. The Maple Lanes owners also sent letters to loyal customers, asking them to contact their local elected officials to advocate for bowling alleys to reopen.

And Maple Lanes was prepared: Its nearly 20-page reopening manual details safety procedures for all aspects of the facility, from contactless reservations for bowlers to equipment sanitization and storage.

“We’re thrilled to see everyone having fun at the lanes again,” McCarthy said. “For our customers, this is their form of exercise, relaxation and recreation.”

That was certainly the case for Liz Bonney and her 11-year-old son, Matt, who were at the lanes during the first two hours after it opened. They take part in the Adult Family League.

The Bonneys were among about 25 parties who make reservations on reopening day. The bowling alley has rehired five of its 30 employees, and hopes to bring back more as demand increases.

Bowlers must now make online reservations in advance. When they arrive, employees bring a cart of newly sanitized bowling balls and shoes to their lane. Groups of four or fewer bowl in every other lane, and all must wear masks.

There are signs and banners on display encouraging safe practices and social distancing, with slogans like “Strike out Covid-19” and “Stay in your lane.”

The bowing alley is open from noon to midnight daily. To make a reservation, go to maplelanes.com/rvc.