Despite pandemic, Rockville Centre coalition continues to focus on youth 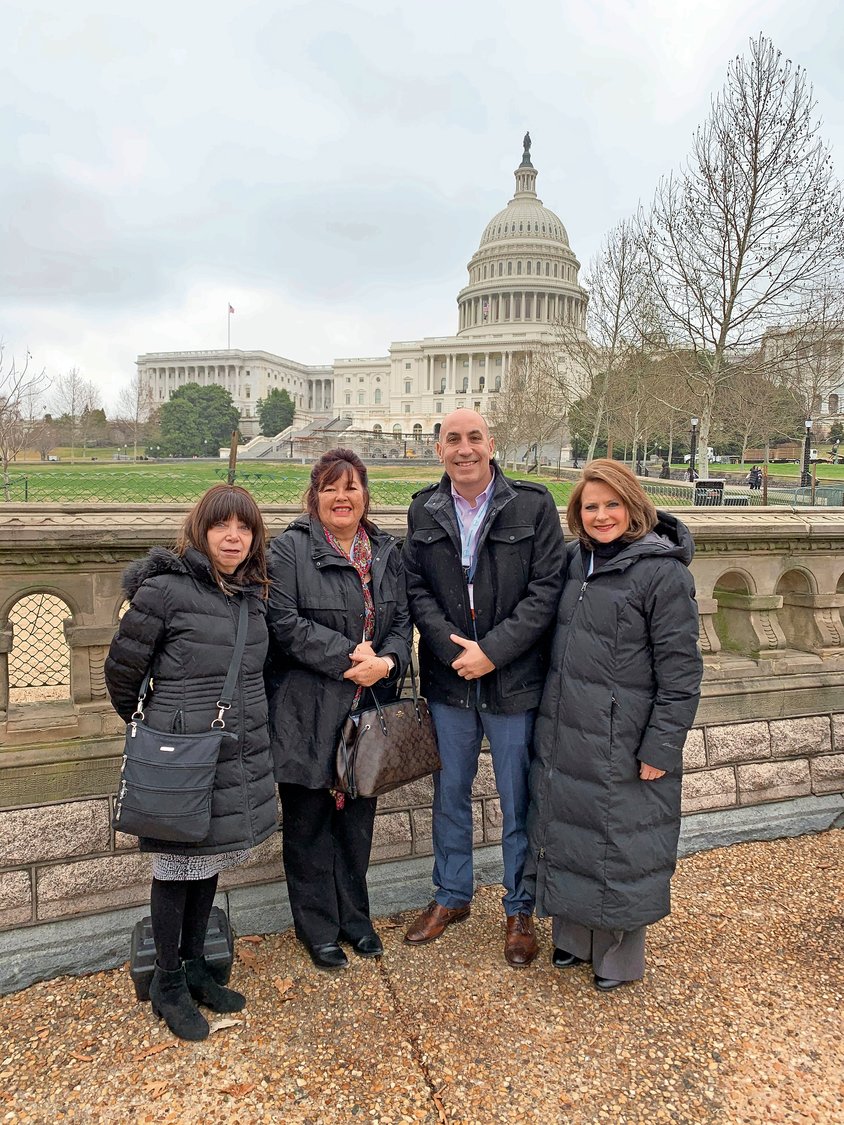 As the coronavirus pandemic wears on, substance abuse continues to be a problem in Rockville Centre, particularly for teens, who have more time on their hands. The Rockville Centre Coalition for Youth is continuing to help raise awareness of the issue and implementing plans to prevent drug and alcohol use among minors, stepping up its initiatives this month, which is National Substance Abuse Prevention Month.

Members of the coalition met on Zoom on Oct. 5, when Project Coordinator Ruthanne McCormack highlighted some of the changes that have taken place this year, including new partnerships with the Centers for Disease Control and Prevention and the Heroin Prevention Task Force.

“We’re growing,” McCormack said. “Even in this pandemic, we’re still getting partners and making connections.”

Earlier this year, the coalition received an $8,000 Non-Opioid Options Grant from the Community Anti-Drug Coalitions of America, which promotes alternative treatments for pain. McCormack said that, as part of the grant, the coalition is required to periodically update its “logic model,” which identifies the root causes of opioid use and “actionable” data. The problem, McCormack said, is that too many people are prescribed pain medication for acute pain. According to a 2019 Nassau County Department of Health report, one in four people who receive prescription opioids have long-term struggles with addiction. The report also stated that in 2018, 2,609 people were admitted for treatment for opioid use in the county, and there were 93 fatalities due to prescription pain medication.

The root cause of the abuse, McCormack said, is the sheer availability of opioids, because of their over-prescription. In a 2018 study on the opioid crisis, the National Institutes of Health found that 21 to 29 percent of patients who are prescribed opioids misuse them. And because these medications are often kept in a home medicine cabinet, they are more accessible to youth.

“In order for us to get a handle on this opioid epidemic,” McCormack said, “we need to concentrate on our youth, because they are our future.”

Underage drinking, overdoses on the rise

“We are dealing with that,” Clark said. “We have an officer [stationed] at all three of the walk bridges because they were getting more and more out of control.”

Some 95 people have been picked up by an ambulance due to intoxication this year, he added, and five of them were minors — one more than last year. Social Host Law violations have also increased.

“It seems a lot of times it’s not looked at as being as big of an issue as it should be,” Clark said, referring to parents’ reactions when they learn that their children have been drinking. “It would make us feel better about what we’re doing if we knew more of the parents were on top of it.”

The coalition partners with local organizations to address mental health issues, which are often related to substance abuse, and devises ways to educate the community. This spring, it put up a suicide-prevention billboard with the phone number for the Long Island Crisis Center, which McCormack said has been a big success.

Andrea Connolly, chair of the Rockville Centre Youth Council, said that the group creates an annual “sticker shock” campaign, and this year members delivered 1,000 stickers to local businesses that had the same message as the billboard: “You are not alone. Pause and remember, there is always hope.”

“Every business I went into was so overwhelmed that we were addressing the situation and putting it out there,” Connolly said, “and they couldn’t grab the stickers quickly enough.”

They were affixed to takeout containers and bags to raise awareness. Connolly said that the Ryan Patrick O’Shea Foundation — another Rockville Centre-based organization, which focuses on mental health and suicide prevention — contacted Connolly about sponsoring more stickers, and she said she was hopeful that the message would spread across the county. “I think whatever devilish atrocity is in front of us — vaping, pot, opioids, the pandemic — the point is they all come together and represent themselves with struggling mental health.”

McCormack said that the village’s Drug Take Back program, which includes fliers that are given to pharmacies to be handed out with prescriptions, is also continuing to expand. The Police Department has a permanent drug drop box at 34 Maple Ave., where people can turn in their used or expired medication for safe disposal. Prescription or over-the-counter medications in pill or liquid form, vitamins and pet medicine are accepted. McCormack said she had also received medication disposal bags that she planned to distribute in the community.

The coalition also purchased a set of DVDs for the school district on the health risks of vaping, and it has others available for borrowing.

And last week, the film “Gateway — Plan Against Pain,” began airing on the village channels: Channel 18 on Cablevision, and Channel 37 on FIOS. The documentary follows three families who have been impacted by opioid addiction, and is scheduled to air at 9 a.m. and 7 p.m. daily. The coalition was instrumental in bringing the film to the attention of village officials.

“Even though we’re not busy,” McCormack said, “we’ve been busy.”