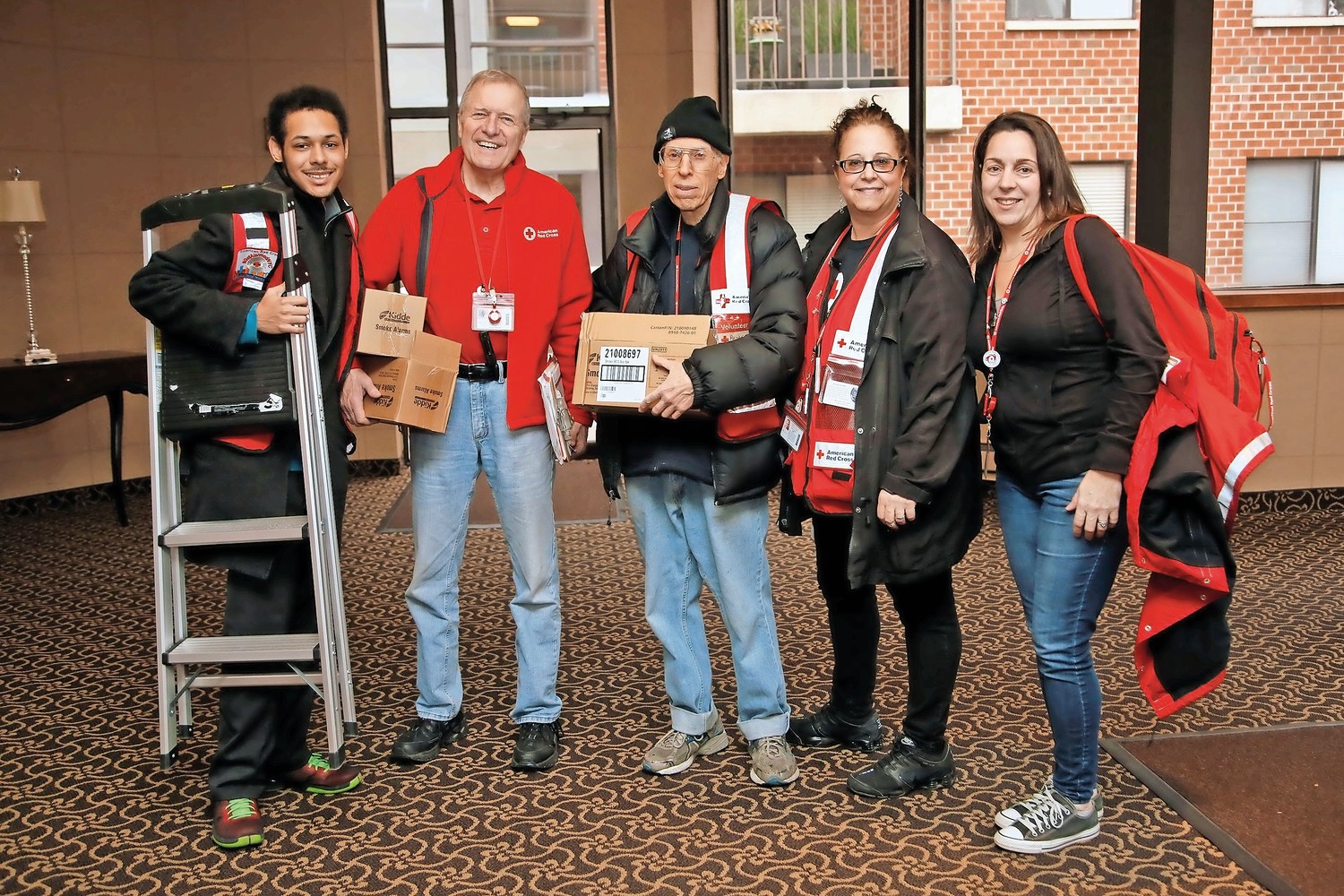 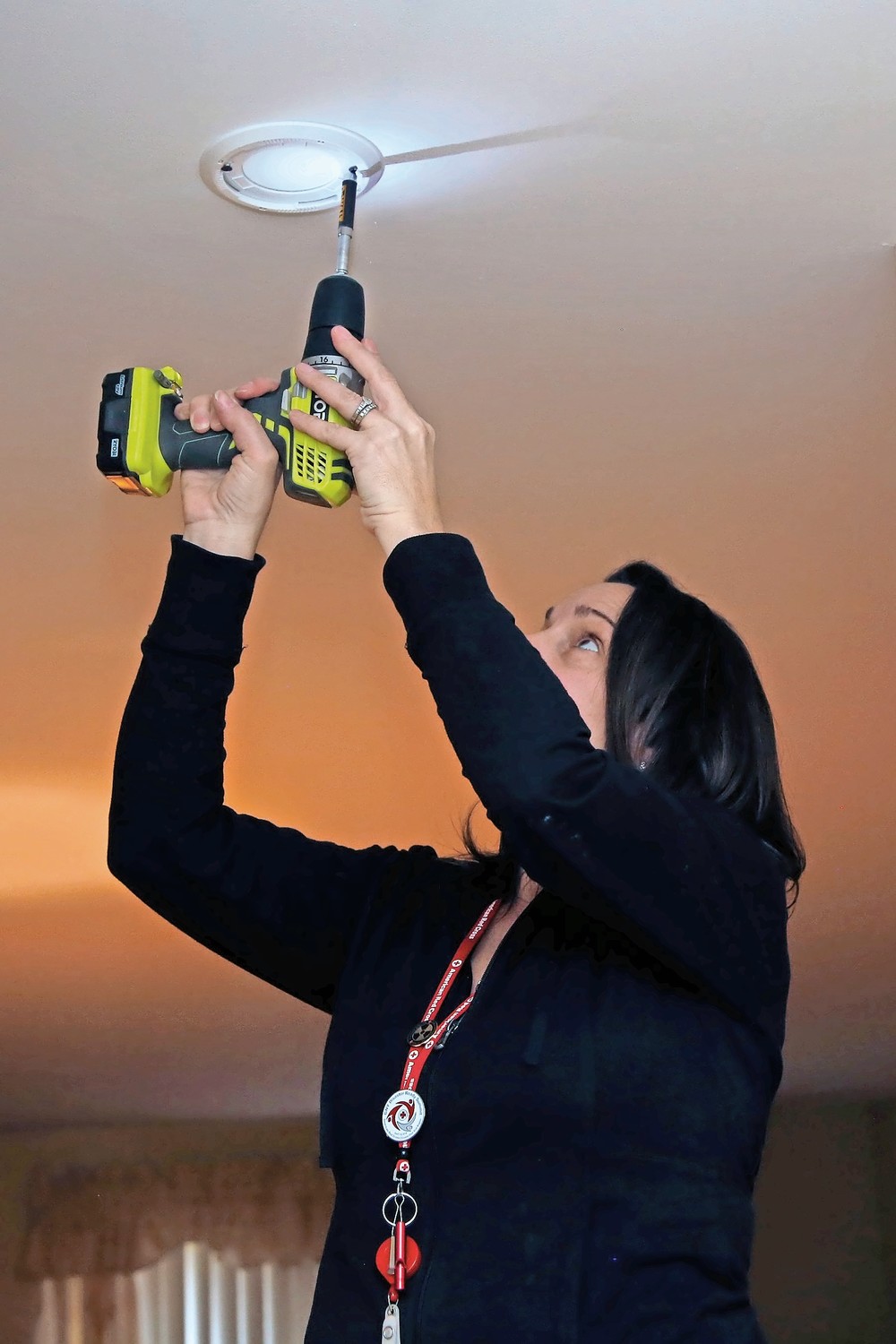 Lori-Ann Pizzarelli, lead home and fire volunteer, installed a smoke alarm in one of the condominiums.
Sue Grieco/Herald
By Ben Strack

Residents of the Park Lane Condominiums on South Park Avenue became the latest recipients of free smoke and fire alarms through the American Red Cross’s “Sound the Alarm” campaign.

Every day, seven people die in home fires, according to the Red Cross’s website, and many of those deaths occur in homes that lack working smoke alarms. The majority of fire injurie and deaths are caused not by burns, Rockville Centre Fire Chief Brian Cook told the Herald, but by smoke inhalation.

“The first indication of any sort of smoke in a residence or a commercial building will certainly take part in saving lives,” he said.

The goal of the campaign is to reduce deaths and fire-related injuries by 25 percent in a five-year period, according to Elizabeth Barker, senior disaster program manager for American Red Cross Greater New York. In three years, the initiative has installed more than 1.1 million smoke alarms in more than 470,000 households, and has saved nearly 350 lives.

“It’s important work and it’s a free program for anyone who’s interested,” Barker said. “We try to hit the areas that are most in need, so areas that we see have the largest amount of fires.”

The Rockville Centre condominiums, however, reached out to the Red Cross. Twenty homes in the complex received 10-year, sealed-battery smoke detectors, Barker said, and residents also got a lesson in fire safety.

The Red Cross notes that older people and children are the most vulnerable populations. “Seniors don’t typically get up and change their smoke alarms every year or so,” Barker said, “so these will be good for 10 years and keep them safe.”

Barker also noted that some homes typically only have one smoke detector, and through the program, it is the Red Cross’s job to fill in some of the safety gaps, installing alarms in living rooms and bedrooms. “If the common area is in the front and the fire is in the back where the bedroom is, they’ve lost that time,’ she said, “so this is supplemental in that case.”

Cook said that residents with alarms that need its batteries changed should do so twice a year. He added that in addition to the bedroom and common areas, it is a good idea to put smoke alarms in or right outside of kitchens and boiler rooms.”

On April 29 and May 11, Barker said, “We’re just going to blast the whole area, so whoever wants an alarm that day, those are good days to get them.”

For more information about the program, or to sign up to receive an alarm, residents can visit www.redcross.org/li.