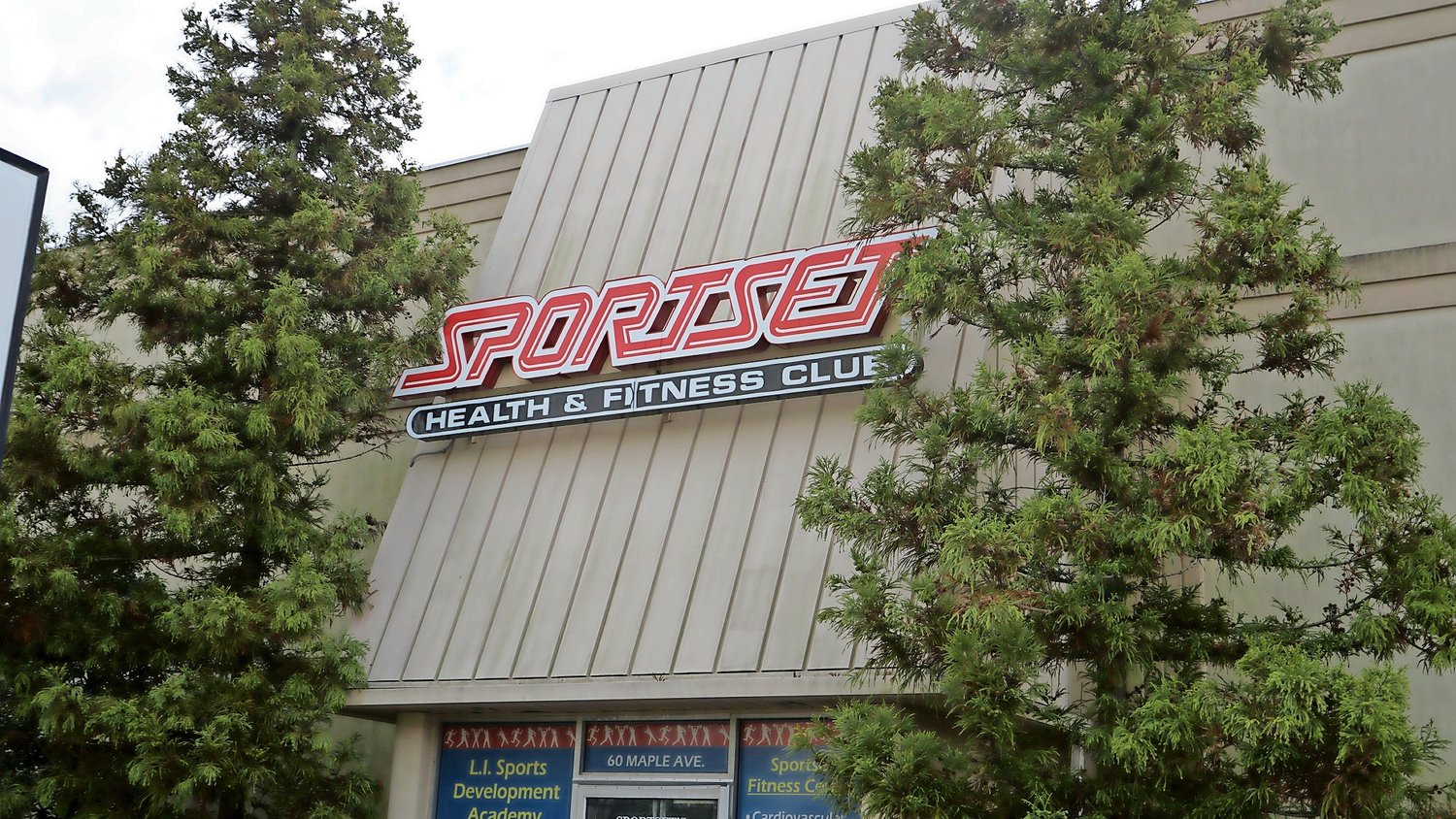 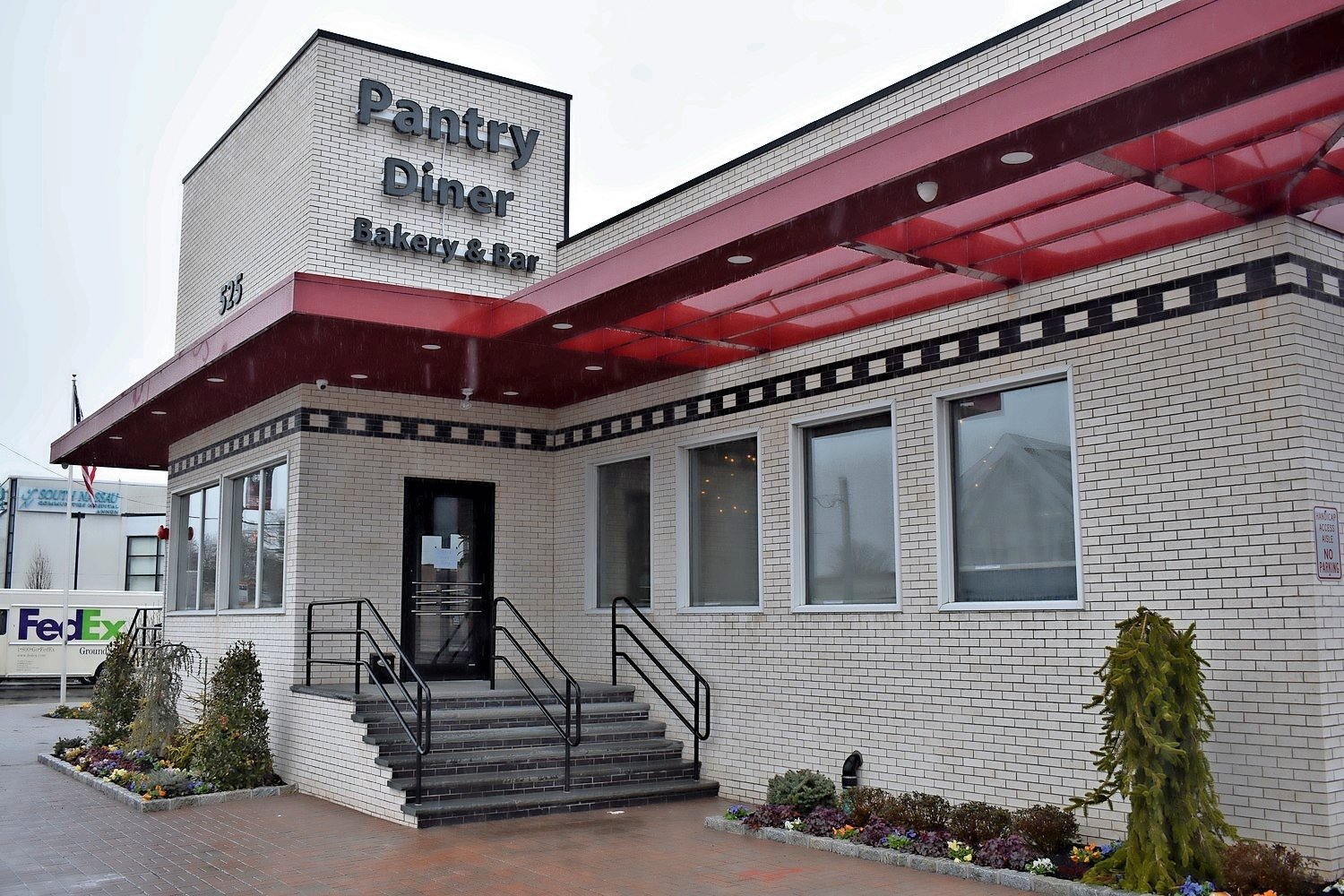 The Pantry Diner is one of many restaurants offering takeout and delivery services while there is a statewide ban on opening to dine-in customers to help prevent the spread of the coronavirus.
Courtesy Ben Strack
Previous Next
By Briana Bonfiglio, Scott Brinton and Jill Nossa

On Monday afternoon, after Gov. Andrew Cuomo announced a ban on gatherings of 50 or more people and the closing of restaurants, gyms, movie theaters and casinos statewide due to the coronavirus, Suzanne Raspanti, manager at George Martin the Original, made calls to cancel upcoming dinner reservations.

Tommy Miceli, manager at Melissa’s Taqueria, sat in an empty restaurant, already feeling the effects of the ban and, he said, hoping customers would take advantage of the restaurant’s takeout menu.

Niall Gunn, owner of Monaghan’s Restaurant, prepared to close indefinitely. “Business is nonexistent,” Gunn explained. “We’ll see what happens, but I’ll probably close until this is over. It would cost more money to stay open and try to do takeout.”

To reduce the spread of the virus, New York, New Jersey and Connecticut are all participating in the ban. Cuomo tweeted the news Monday morning and quickly followed up with a news conference.

Takeout at restaurants and even bars, distilleries and wineries will be allowed. The state’s liquor law is being temporarily changed to allow for off-premises sales of alcohol.

Some local restaurants, such as Arooga’s, the Pantry Diner and Kashi Sushi Lounge, are adapting by advertising their delivery and takeout services. Arooga’s was even offering free delivery on Monday night.

Most restaurants, whether they stay open for takeout service or not, will inevitably have to reduce staff, which owners were still reckoning with on Monday. “Many hourly workers depend on their paycheck, so that’s disconcerting,” said George Korten, owner of George Martin restaurants in Rockville Centre, which will not offer takeout service for the time being. “We need some relief from the federal or state government [because] you have a lot of people worried financially, as well as health-wise.”

At the same time, Korten noted that “the safety of our guests is our primary concern, so the shutdown is a very smart move. That’s the only way to flat-line the curve” of the number of cases.

Tommy Mavroudis, owner of the Pantry Diner, said that while the eatery would offer takeout service, he would need to cut staff considerably, and he had already laid off most of his employees so they could file for unemployment. “It’s a disaster for all of us,” he said. “We’re all in the same boat.”

Gyms and workout studios could also be hit hard by the ban. Ali Murphy, who owns The Little Gym with her husband, Miguel Madera, acknowledged that business would suffer.

“It’s definitely nerve-racking,” Murphy said. “We rely on people to come in for classes. I’m hoping the government will assist us, because if people can’t come in, it will affect our business. For now we’re just doing everything we can to keep our business going.”

She said they have offered extensions on makeup classes, and are also offering online classes for current students. “We’re trying to keep the fun going as much as possible,” Murphy said. “The community has been very supportive, and this is good way to keep connected with the kids.”

Sportset Health and Fitness Club also planned to offer virtual classes. Owner Dennison Silvio said his staff had been trying to retain members over the past few weeks, and were hoping it wouldn’t come to this. “We had quadrupled our housekeeping protocol, sterilized surfaces more frequently, were practicing social distancing in classes, and I feel that the club, despite what people think about gyms, is very clean, because we’re cleaning all of the time,” Silvio said. “I was really hoping, even if we would lose money, that we’d be able to stay open and be an outlet to the community. I was planning to operate [with] a skeleton crew. Now we’re forced to close, and it’s tricky, because I’m not sure how long it will be.”

At press time, Silvio said the staff was still working out how to offer virtual yoga, group exercise and spin classes. “We’ll experiment, get feedback and go from there,” he said.

Brian Croutier, president of the Rockville Centre Chamber of Commerce, said the chamber has reached out to all of the businesses in town and is helping to promote takeout and delivery options. He said they have been working closely with Village Hall, and the village has provided some relief by offering free parking during this time. Still, he said residents should be aware of how hard hit these businesses will be.

“During the course of the year, our businesses get hit up for donations to various charities,” Croutier said, “and now is the time to give back.”

He encouraged residents to purchase gift cards from businesses as a way to support them. Activities might be on hold, he said, but people are still having birthdays and anniversaries, and babies are still being born. Buying something locally can go a long way.

“Every little thing helps,” Croutier said. “It’s a tough time for businesses, and we need to support them.”

Cuomo said the state was acting aggressively to stem the tide of new coronavirus cases to ensure that hospitals and medical centers across the state aren’t overwhelmed.

As of Tuesday afternoon, New York had more than 1,370 cases of COVID-19, the most of any state in the nation. In looking to China, South Korea and parts of Western Europe, it was only a matter of time, the governor predicted, before cases here rise exponentially.

The state was ramping up testing, with a capacity of 7,000 tests a day expected by the end of the week. As of Tuesday, Jones Beach was set to become a drive-up testing site.

Cuomo called on the federal government to issue a single set of closure guidelines that would apply to states across the nation, instead of what he termed the “national patchwork of density-reduction closings.” “It should be one set of rules for the entire nation,” he said. New York, New Jersey and Connecticut coordinated their closure policies to ensure that people would not go “state shopping” to go out to a restaurant, bar or casino.

The state waived all fees at state, county and local parks to enable, and encourage, people to get outside and exercise.

Cuomo also said that local governments must reduce their in-house workforces by half, allowing “non-essential” personnel to work from home. “It’s the same thing I’m asking private businesses to do,” he said.

Police officers and emergency medical personnel were required to be supplied with surgical masks to cover their faces, according to the governor.

And all school districts and local governments had to devise plans to care for children and feed them, with downstate schools closed for two weeks. Cuomo suggested that parts of the schools could be used for child care, and noted that many “essential personnel,” including police officers and EMS workers, already depended on the schools to care for their children.

The state did not mandate that grocery stores, gas stations, pharmacies and medical facilities stay open after 8 p.m., but strongly advised them to do so. The governor urged the federal government — specifically the Army Corps of Engineers — to set up mobile hospitals. If the federal government did not do so, he said, New York could mobilize the National Guard, local building unions and private developers to set up facilities and retrofit existing spaces in places like old nursing homes to increase hospital bed capacity.

Despite all of the measures to reduce the spread of coronavirus, the number of cases was expected to rise, and, Cuomo said, “You must expect a significant inflow” of patients to New York’s hospitals.