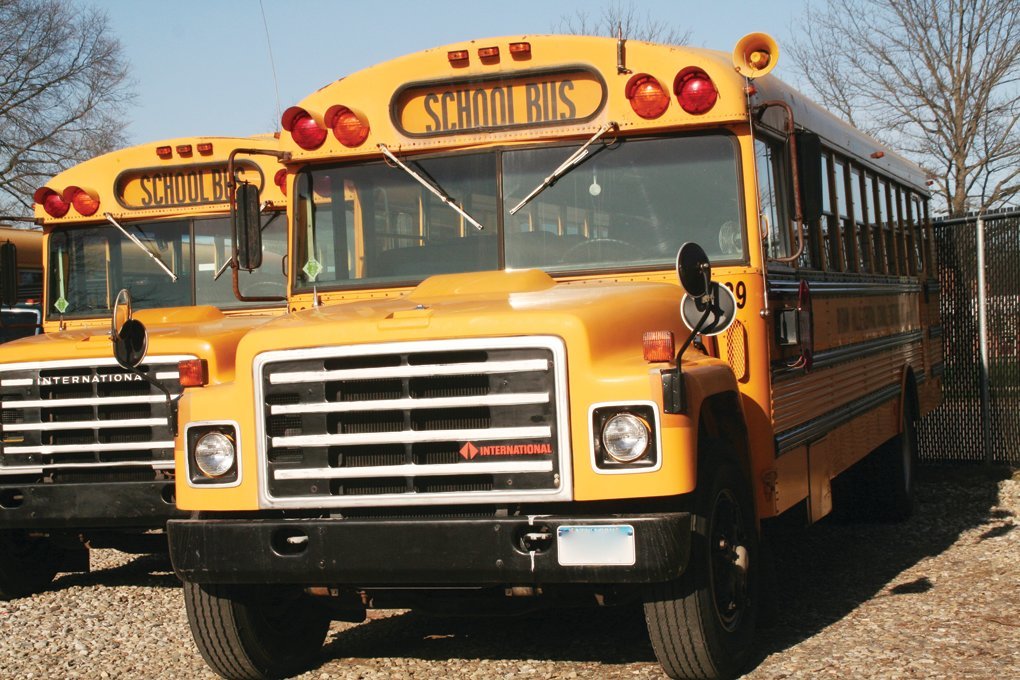 School buses in Rockville Centre are now equipped with stop-arm cameras to catch and fine motorists who fail to adhere to traffic safety laws.
Herald File Photo
By Daniel Offner

Speedsters zipping through stop signs and red lights in the Village of Rockville Centre have become a major concern, especially for parents of schoolchildren, as they send their kids back to school after two years of remote learning and mask mandates necessitated by the coronavirus pandemic.

“Pay attention to stopped school buses,” Mayor Francis Murray said at the Sept. 7 village board meeting. “We have an aggressive program where we are watching these buses with our Police Department. So please stop and pay attention to our crossing guards as you pass schools in September and all through the current year.”

According to the Police Department’s website, there are three times as many fatalities among pedestrians boarding and exiting buses nationwide as there are of bus occupants.

In the hope of improving both driver and student safety, the village school district has taken measures designed to deter motorists from violating traffic laws and endangering students as they get on and off buses.

Superintendent Matthew Gaven said that all school buses are now equipped with stop-arm cameras designed to catch drivers who fail to stop for stopped buses. The Town of Hempstead is providing the cameras, which snap photos of vehicles that ignore a bus’s extended stop sign and pass it from the front or rear.

“Once we ratify the agreement here tonight, we will be able to turn them on,” Gaven said at the Board of Education meeting on Sept. 8. “We’re thankful to the Town of Hempstead for working with us to make bus safety an issue and a priority.”

A motorist who violates the law will receive a ticket in the mail. Based on the terms set by the town, there will be a $250 fine for the first offense, which will increase to $275 for a second offense if it occurs within 18 months of the first violation. The fine will increase by $25 increments for each additional offense within that same window of time.

The school district’s agreement with the town also requires that the town provide an annual report based on its results to the governor as well as the State Senate and Assembly.

The program will incur no expenses for the school district, with the town covering the cost of camera installation and maintenance. A percentage of the fees collected will help offset that cost.

A similar project was approved by Nassau County legislators in 2018, under then County Executive Laura Curran, but after Curran lost her bid for re-election in 2021, the legislation stalled.

The school board voted unanimously, at last week’s meeting, to finalize the agreement with the town, after which the cameras were activated on buses throughout the district.

Trustee Erica Messier asked her colleagues if the district also had access to cameras aboard the buses, which they should consider activating as well. “I do personally think it would be a good idea to have those cameras turned on, if we are able to,” Messier said. “I don’t know how the rest of the board feels about it, but I feel like the more information we can have — especially in an unstructured environment, where we do tend to see more bullying take place — I think the better off we would be.”

The National Center for Education Statistics has reported that almost 10 percent of students ages 12 to 18 reported being bullied on the way to and from school during the 2018-19 school year.

Katherine Grogan, a concerned Rockville Centre parent, told the Herald that she is far more interested in having cameras operating inside buses than outside. “So much bullying goes on on the bus,” Grogan said. “It would be nice to have the kids feel safe.”

Gavin said that while activating cameras aboard buses is a topic the board would have to take up, it is something the district could easily facilitate once they have a thorough discussion and a vote of approval. The trustees agreed to continue that discussion at a future meeting.

Rockville Centre Police Commissioner James Vafeades said that in addition to the stop-arm camera program, the Police Department has identified areas around the village where officials believe there is a need for increased traffic enforcement. They include Long Beach Road and Lincoln Avenue, where, Vafeades said, the department plans to conduct a speed survey in the coming weeks.