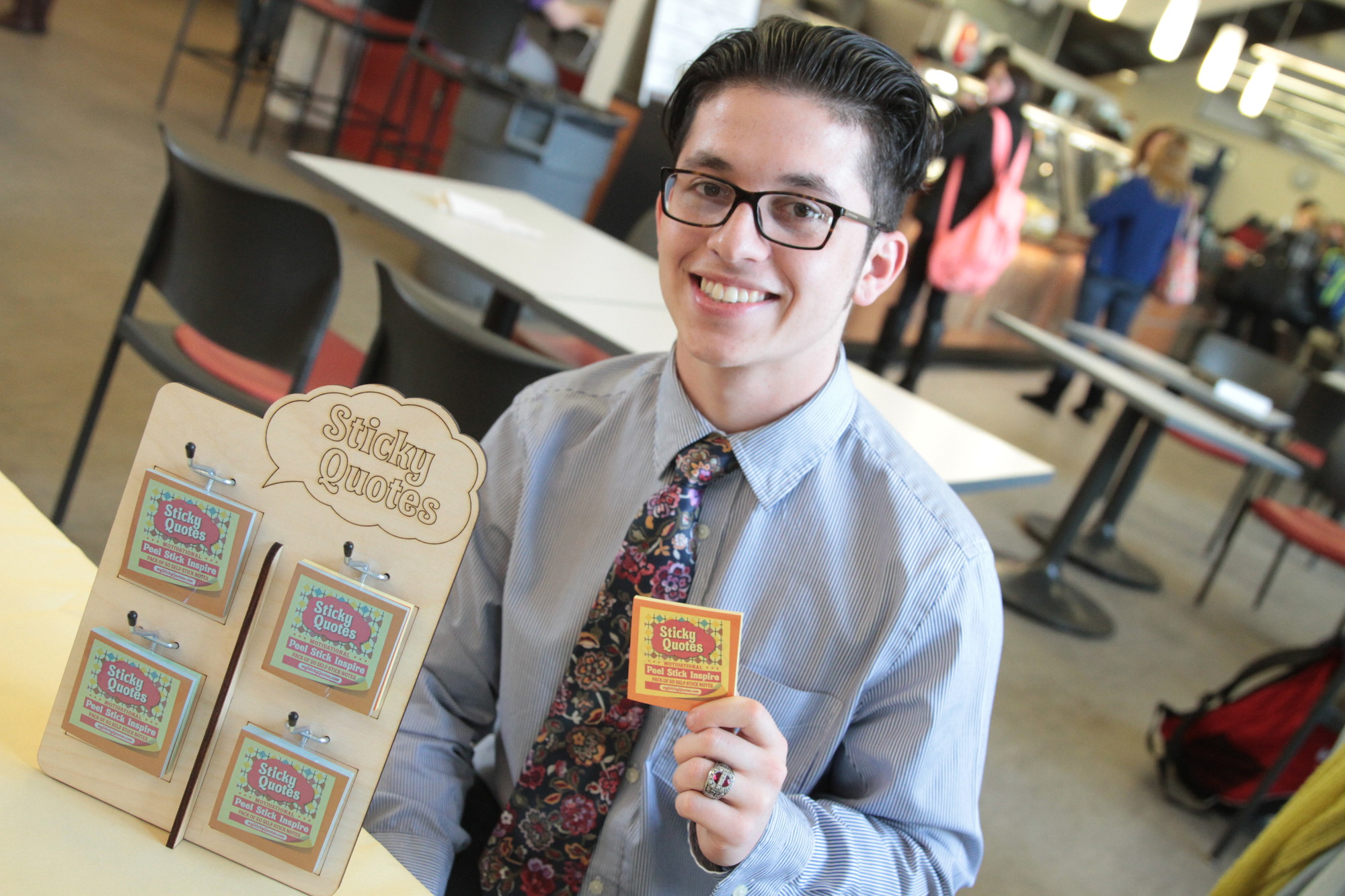 Michael Russo wants to brighten your day with a note — a sticky note.

Russo got the idea at a finance firm internship where his boss would give him “miserable assignments” on sticky notes. Russo would write inspirational messages on the notes and post them on his coworkers’ desks.

He first started making the sticky notes in his dorm room. He would put six sticky notes on a sheet of thick construction paper and run that through his own printer.

But he recently found a commercial printer: Flaire Print Communications in Minneapolis. “Only a few firms in the whole country have the ability to get this done,” said Russo of the company’s ability to print pads of sticky notes where each sheet is different.

Russo said that his favorite quote on his product is: “The mind is like a parachute. It works best when it’s open.”

“I’ve always been a promoter of having an open mind,” said Russo. “I read all this Socrates and old philosophers. I try not form judgment or ideas about anyone before I know about them.”

Russo double majors in Philosophy and Business Management at Molloy. He plans to give portions of his profits to high school Virtual Enterprise programs that teach students about jobs in business and entrepreneurship — he was active in his high school’s program in East Islip. Virtual Enterprises fundraises to bring in speakers, attend networking events, and have field trips to real businesses.

“And I really want to help the environment as well,” said Russo.

Russo said in the future, he wants to music lyrics and happiness and love quotes on his sticky notes, as well as customized and personalized packs.

“And I actually want to go on and make an app where you can share Sticky Quotes digitally,” said Russo. “But I don’t think that’s going to happen anytime soon, because I don’t have $100,000 to make an app.”

When he’s not running his business, Russo likes to cook — he’s a vegetarian —and write poems about individuality, success, freedom, education and the environment. “I have friends who produce beats on the computer and I rap or sing my poems over the beats,” said Russo. “Instead of rapping about criminal or illegal activities that the normal rap song is about, I talk about current events that affect our society on a daily basis.”