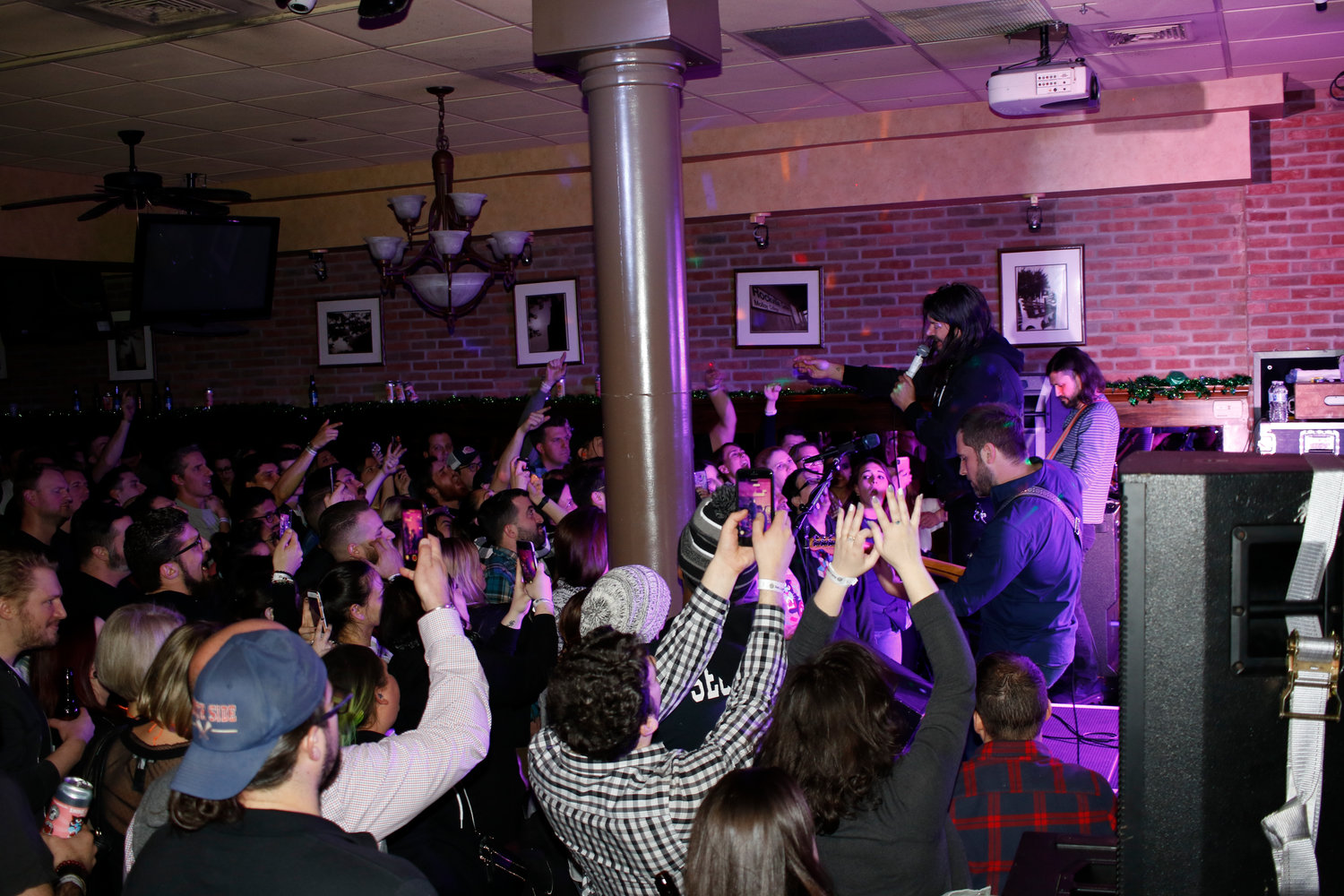 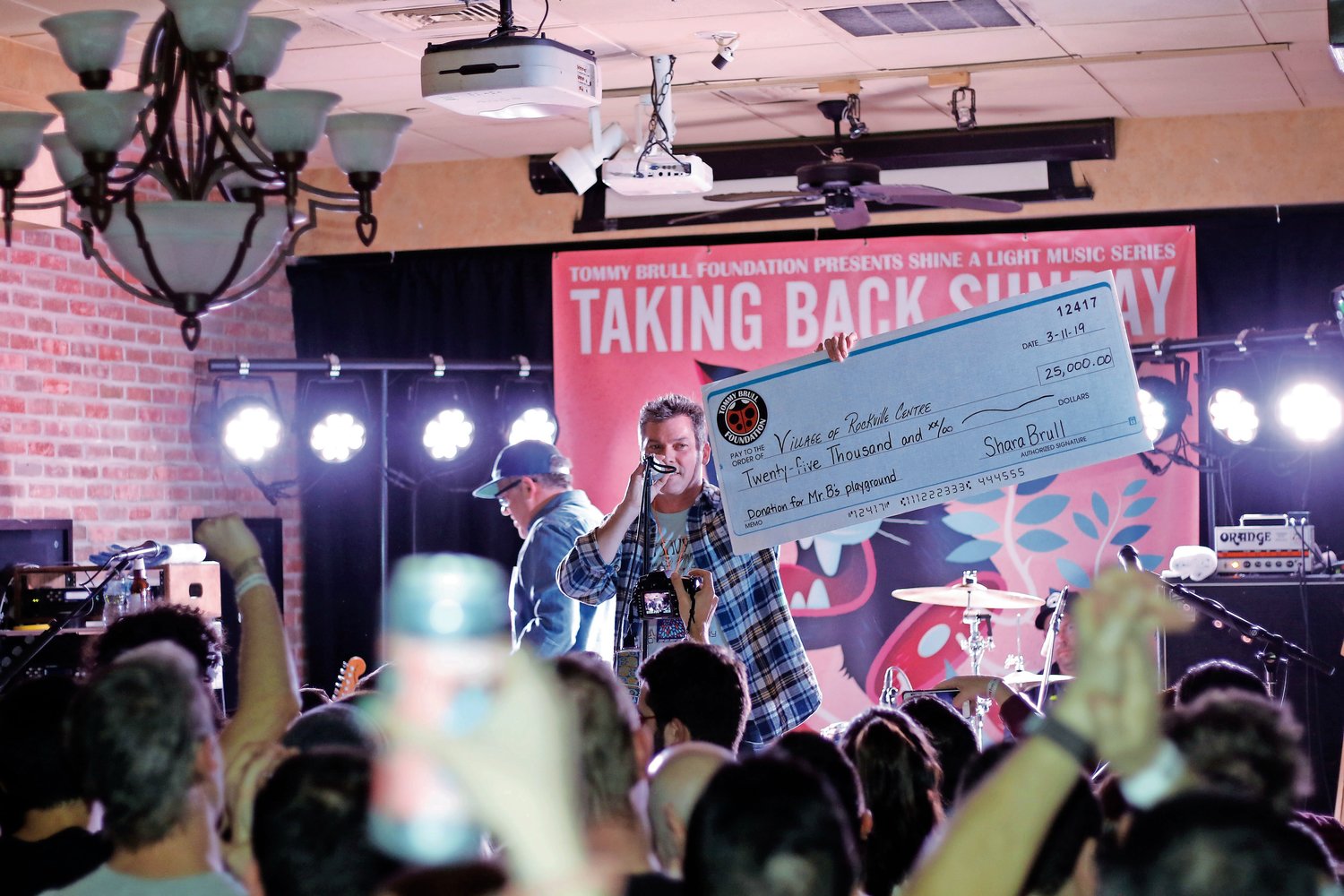 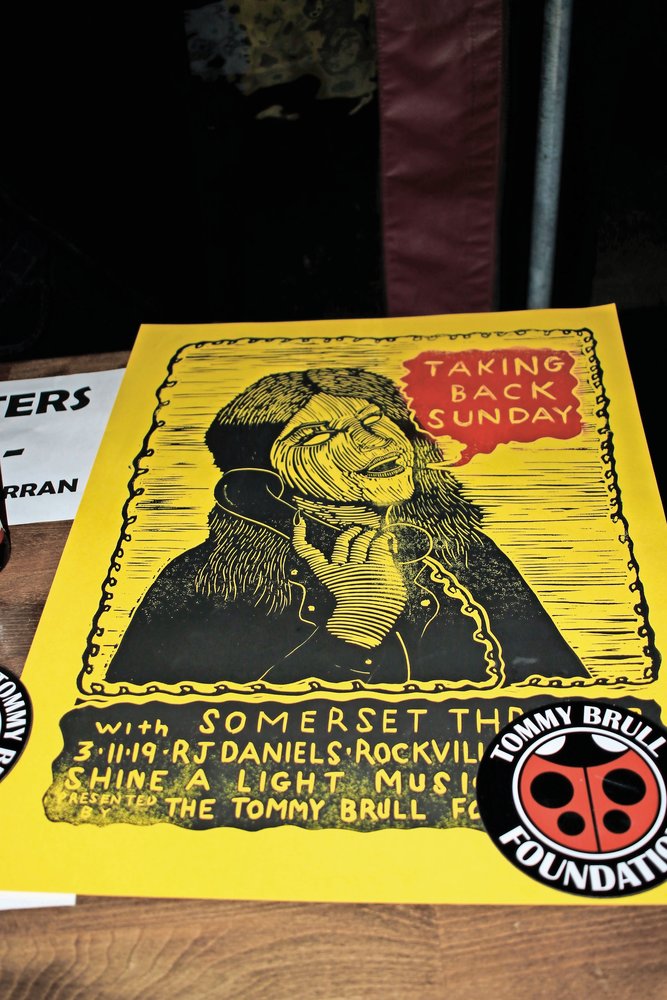 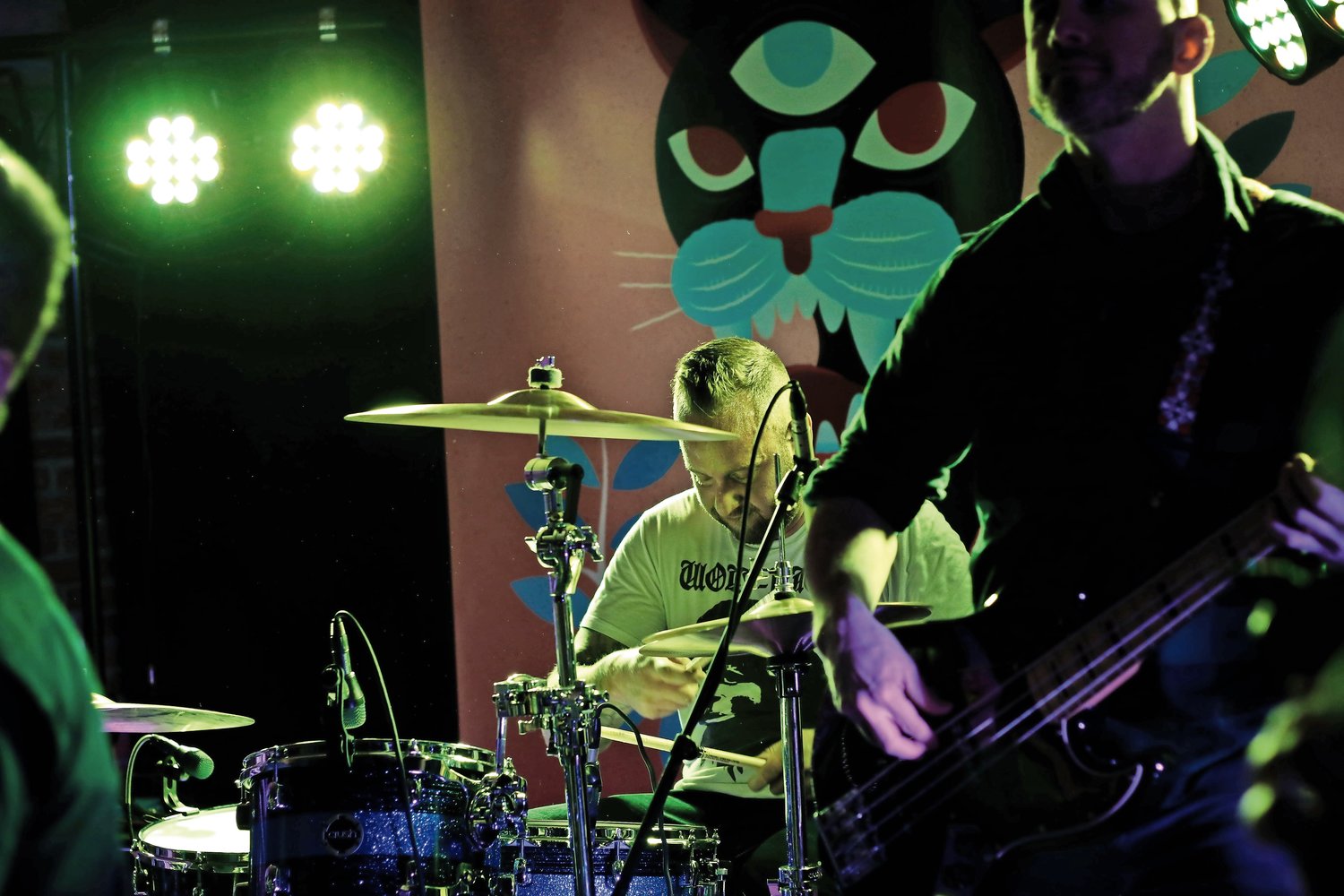 Drummer Mark O’Connell graduated South Side High School in 1999, and is a friend of the Brulls since childhood.
Christina Daly/Herald 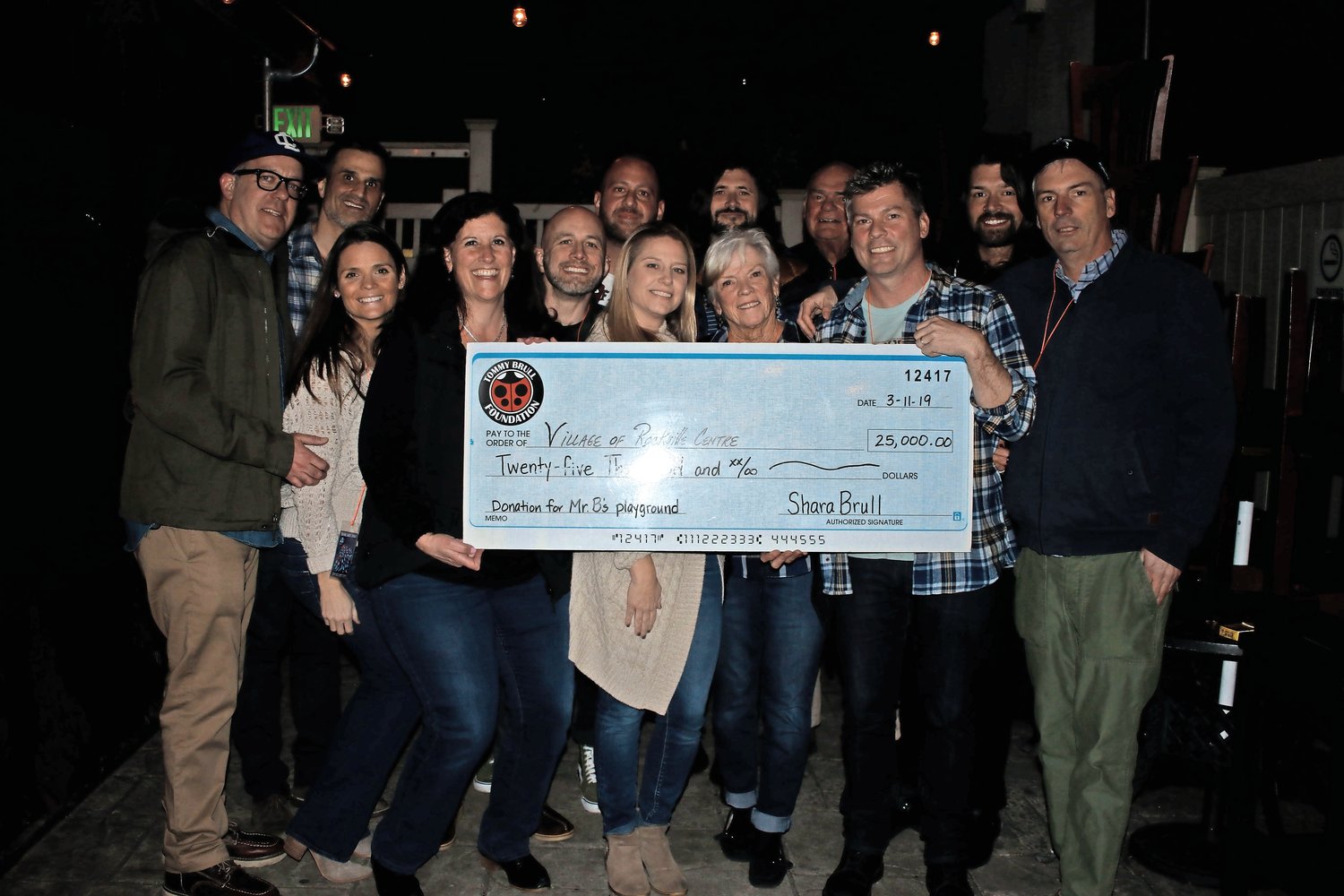 Members of Taking Back Sunday and the Tommy Brull Foundation held a check for $25,000 to be donated to Mr. B’s Playground.
Christina Daly/Herald
Previous Next
By Briana Bonfiglio

Presented by the Tommy Brull Foundation, the show raised $25,000 for Mr. B’s Playground, an inclusive playground for kids with special needs planned to be built outside the John A. Anderson Recreation Center.

Long Island-based band Somerset Thrower opened up the show, and then Tommy Brull Foundation co-founder Martin Brull presented the large check. He thanked Taking Back Sunday drummer Mark O’Connell, a fellow Rockville Centre native, for making the show happen after many years in the works.

“All of this is in memory of my brother Tommy who passed in ’99,” Brull told the crowd. “We loved going to see music together, and this is a great way to remember him.”

The intimate show sold out almost immediately when fans lined up outside the venue to purchase tickets last Saturday. It was the latest installment of the Tommy Brull Foundation’s Shine A Light concert series.

Before the event, the foundation had raised about $82,000 for Mr. B’s Playground, but Taking Back Sunday helped push them over the $100,000 mark. Proceeds from tickets, merchandise, and drink sales, as well as a silent auction for a signed telecaster guitar, went toward the future inclusive space.

The band played classics like “Cute Without the ‘E’ (Cut From the Team),” “Liar (It Takes One to Know One)” and “Timberwolves of New Jersey.” Lead singer Adam Lazzara pushed through the crowd to sing with fans on the floor and cracked jokes about the band being from Long Island. Bassist Shaun Cooper and guitarist John Nolan grew up in Baldwin, and Cooper and O’Connell now live in Long Beach.

As the band closed its set, Lazzara thanked Brull for having them play for a good cause and the fans for supporting it. “We’re glad to be a part of it, and we’re glad you’re a part of it,” he shouted. “We’re doing it together.”