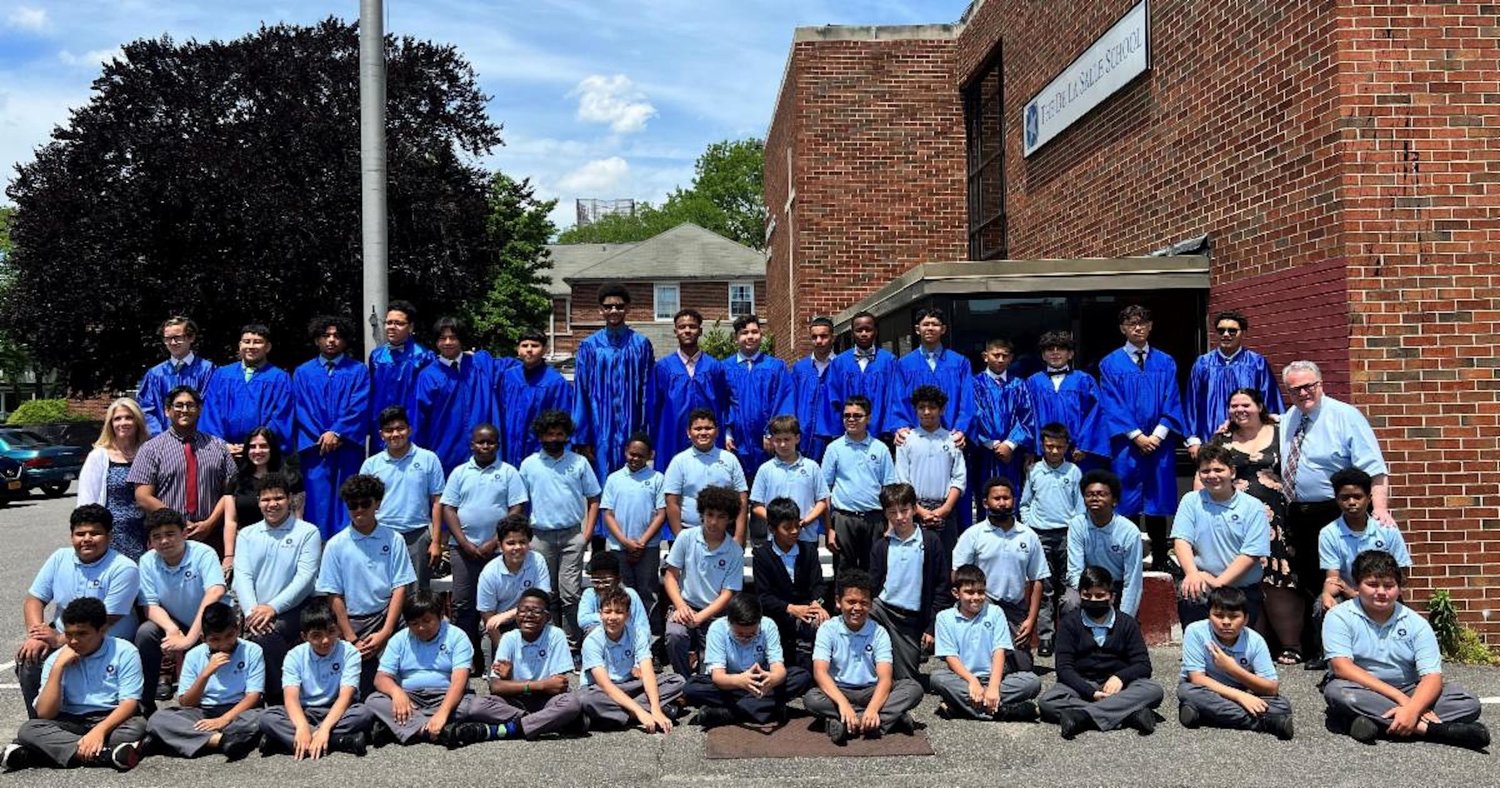 The De La Salle School in Freepoprt welcomed 60 young men for their 2022-2023 academic year on Sept. 6, kicking off the institution’s 21st anniversary.

Included in the number of students are 12 new fifth-graders. On the evening of Sept. 1, the students met their seventh-grade mentors during orientation and officially began their time at De La Salle School. A seventh- grader was paired with a new fifth grade student that evening as part of the orientation program.

The elder student is supposed to pay particular attention to the new De La Salle gentleman’s integration into the school’s culture. The hope is to promote leadership abilities in all students, as this is a unique chance for seventh graders to assist their “younger siblings.”

Faculty conferences and a retreat led by Maryann Donohue-Lynch of the Brothers District of Eastern North America’s office of Mission and Ministry worked to prepare the faculty for the beginning of the 21st year in The De La Salle School’s establishment and history.

“We are excited to begin this new chapter in our school’s history and are blessed to have an enthusiastic staff eager to engage the young men that God has entrusted to our care,” said Executive Director William L. Gault.

In addition to the returning teachers and staff. The De La Salle team now includes three new staff members.  Gina Spohr will assume the job and duties of Graduate Support Director, and Roxanna De Pea-Elder will help Gault with administrative and fund-raising duties.

“As we reflect on the past year and look with anticipation on our new year, it is humbling to realize the generosity of all who have contributed to our tremendous growth by their prayers, donations, gifts in kind, and volunteer service,” said Gault, “These are people who have chosen to invest in our students, have created with God’s grace, a unique school where hearts are touched, minds are challenged, and lives are changed.”

Additionally, families  were told that evening that the academy would be sending their sons on the annual Vermont farm trip once again. Due to the pandemic, the tradition had been put on hold, but the administration now has been given permission to revive it.

Typically, only one class would be permitted to participate on the trip. However, in order to make up for lost time, the school is sending both the fifth and seventh graders on the trip. These two sets of students will be sent away for five days with three teachers to gain agricultural experience.

Students get to explore and gain knowledge about a wide range of activities, both physically and academically. The curriculum comprises both schooling and farm work. While on the farm, the children acquire a range of practical skills, such as measuring food and animal farming. The curriculum also includes courses in math, science, and English, as well as journaling.

“If you ask any of our kid’s years after they graduate, what’s one of their fondest memories of the De La Salle school, they’ll tell you about their experience on the farm with their friends,” said Gault.

During the summer season, the school collaborated with LSMA Alumni and dedicated volunteers to plan the annual Golf Outing and Bocce Tournament on Sept. 26 at the Lawrence Yacht & Country Club, as well as the annual Christmas Luncheon, which will be held this year on Dec. 1 at the Garden City Country Club and will feature renowned author and novelist Adriana Trigiani.

“We have come a long way and made tremendous strides since the first meeting of the Feasibility Committee on 12 September 2001. In spite of the tragedy and uncertainty of the previous day, the committee dared to dream and believed that God would provide for a school filled with hope, called The De La Salle School,” said Gault.