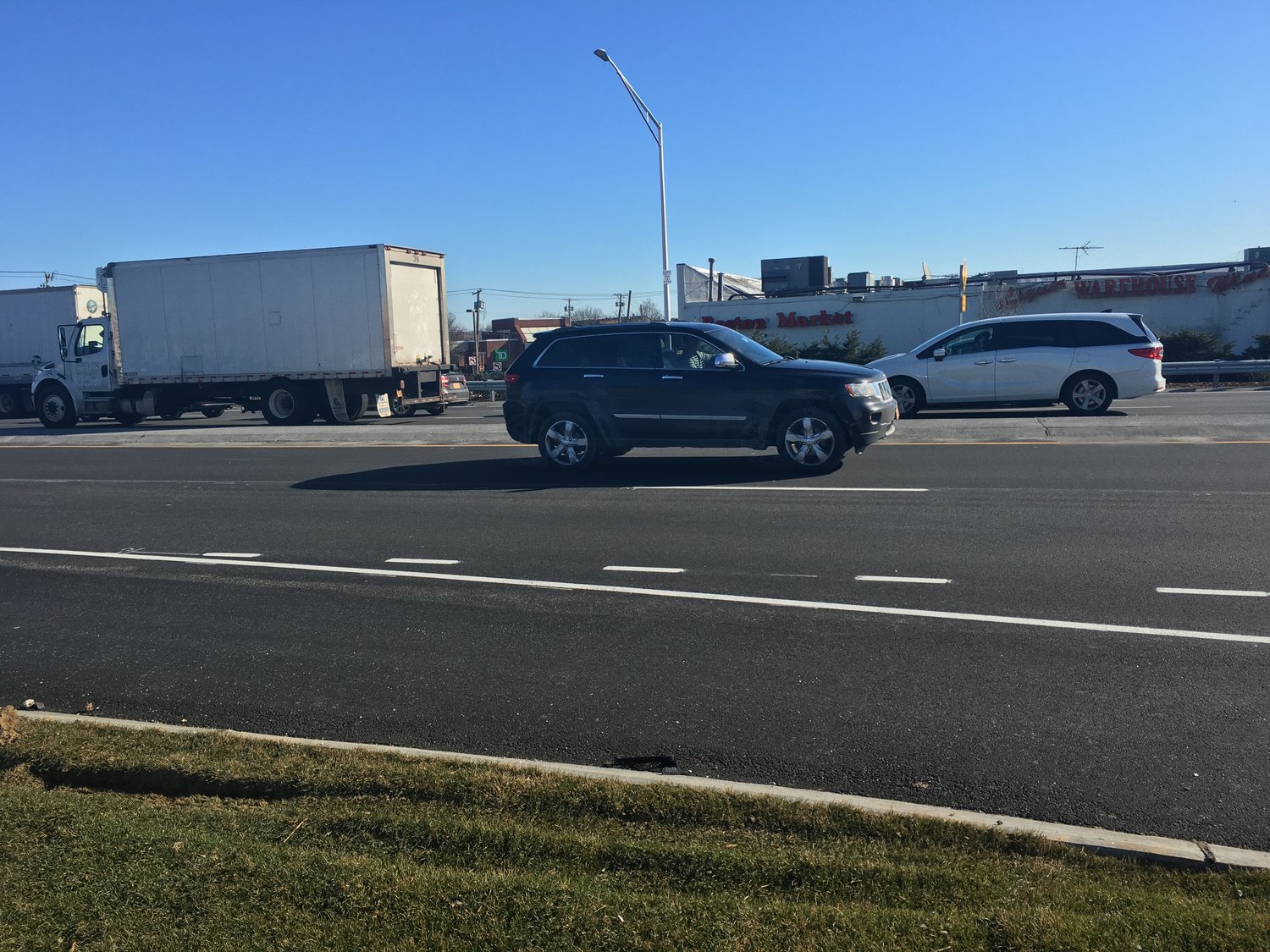 Traffic flow has vastly improved on the renovated portion of the Nassau Expressway, many commuters, business people and residents say.
Matthew Ferremi/Herald
By Matthew Ferremi

There will be no more alternate traffic patterns or construction delays for drivers on State Route 878, also known as the Nassau Expressway, after the completion of a roughly 14-month-long construction project that cost the state $130 million.

Since the work on a .57-mile section between Burnside Avenue, in Inwood, and Rockaway Turnpike, in Lawrence, was completed late last month, residents have already noticed improved traffic flow on the state road, which stretches from Ozone Park, Queens, to the Atlantic Beach Bridge and is used by roughly 56,000 vehicles per day, according to state officials.

The project, which began in October 2018, included raising the road three to four feet to reduce flooding, and the installation of a new multi-use pedestrian path, a state-of-the-art drainage system and synced traffic signals as well as additional turning lanes. After a five-car crash in the work area in April 2018 resulted in two deaths, plastic Jersey barriers, used to separate traffic lanes, were also installed.

Inwood resident Frank Manzo, who said he commutes on Route 878 every weekday, described the traffic before the project concluded as a nightmare. “This past holiday season was terrible with the traffic,” he said. “It would take me 15 minutes to travel four blocks most mornings in November and December.”

Manzo added that conditions have improved dramatically in the past month. “Since the construction ended, traffic has been moving great, especially at the intersection of Burnside Avenue and 878,” he said. “It’s been flowing nice, and I haven’t seen any backed-up traffic on my morning commutes.”

Inwood Civic Association President Dave Hance said he appreciated the state’s substantial financial commitment to upgrading the expressway. “I’m grateful for the investment we received from the state for this infrastructure project,” Hance said. “A project like this is like a once-in-a-lifetime event, and I’m happy it finally happened.”

Despite complaints from residents about traffic during the construction, Hance said that the state Department of Transportation did a good job of mitigating it. “When the project was first announced, everyone thought the traffic was going to be catastrophic,” he said. “I thought the state DOT did a great job of keeping the traffic moving well even when the construction was going on.”

Gov. Andrew Cuomo made an appearance at the Five Towns Community Center in Lawrence in February 2017 to announce plans to renovate the roadway in order to alleviate both the heavy traffic and the flooding that occurred nearly every time it rained. The work was originally scheduled to start in 2025, but was moved up seven years because of strong bipartisan advocacy by Nassau County Legislator Howard Kopel, a Republican from Lawrence, and former State Assemblyman Phil Goldfeder, a Democrat from Queens. State Sen. Todd Kaminsky (D-Long Beach) and Assemblywoman Melissa Miller (R-Atlantic Beach), who represent the Five Towns, were proponents of the project as well.

The road is an emergency evacuation route for more than 40,000 Five Towns and Rockaway residents. “This can now be used as an effective evacuation route,” Hance said. “This wasn’t the case before construction.”

Hance noted the impact the construction had on businesses in the area. “The people who run the Mobil on [Burnside Avenue] contacted me recently and said [the station is] filled with cars again,” he said. “I believe that people had the perception that the traffic would be so bad on Nassau Expressway that they would avoid the road altogether and take other routes, such as Broadway.” Mobil officials declined to comment.

Lucky Boy Restaurant, on Rockaway Turnpike in Lawrence, has contacted the civic association since the project was completed, Hance said. The restaurant’s owner, Jack Singh, said that business was impacted. “People saw the construction taking place by the restaurant and shied away from coming,” Singh said. “We would always have people come from JFK, but they didn’t want to sit in the traffic for 45 minutes during construction. Fortunately, business has been much better since construction ended.”

Hance said he hoped the state would continue to emphasize improving infrastructure. “While I’m happy the state committed the money to 878, I hope they continue to do this with other roadways in the area,” he said. “This is a step in the right direction.”

Have an opinion on the completed Nassau Expressway project? Send your letter to the editor to jbessen@liherald.com.