Adelphi senior unsure of her future because of coronavirus 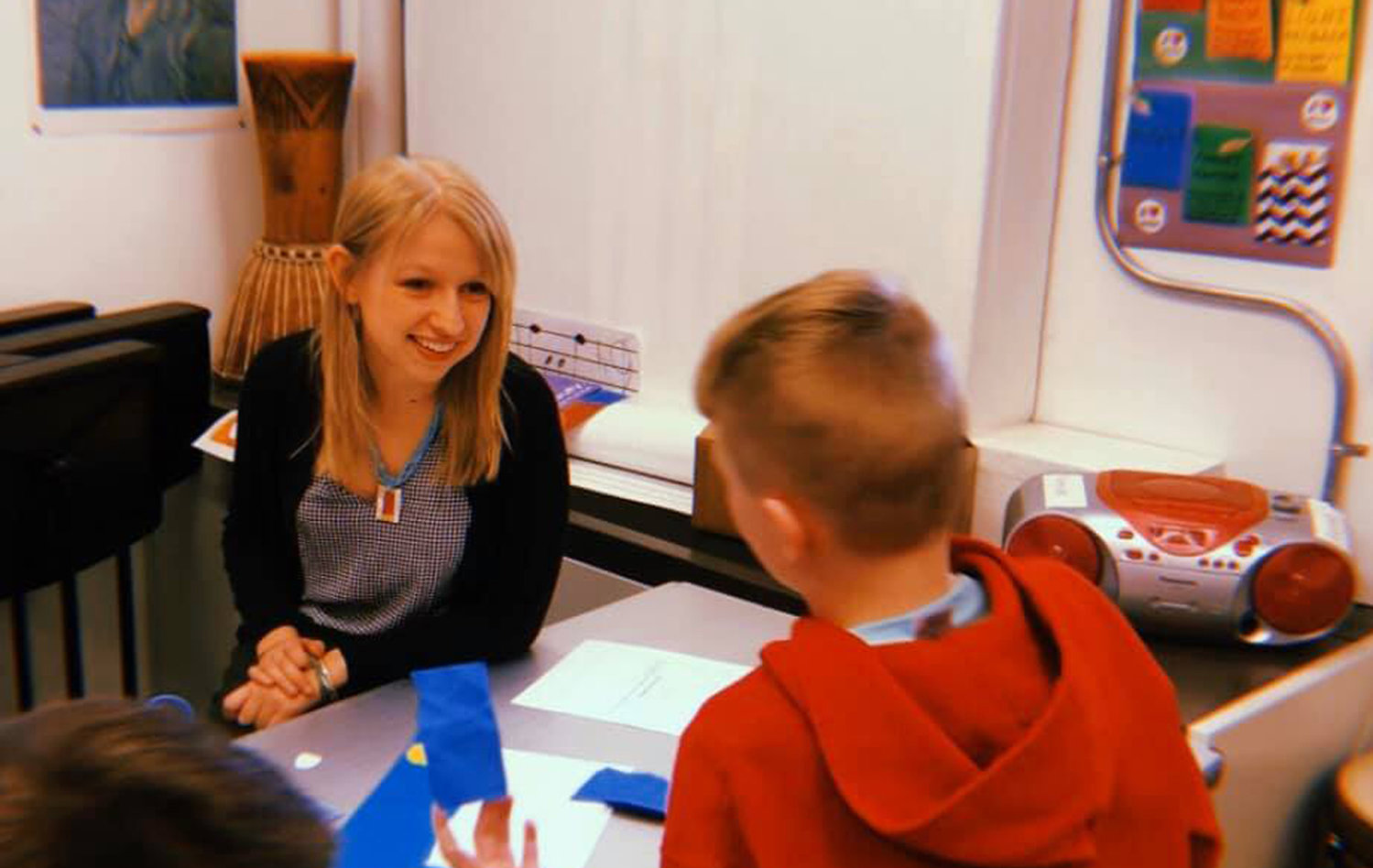 Seaford resident and Adelphi senior Elise Weber’s last undergraduate semester has taken a confusing turn in recent weeks, as classes have been shifted online and her student teaching assignments have been canceled.
Courtesy Elise Weber Facebook

An Adelphi senior started a petition the same day the college’s president, Christine Riordan, sent an email announcing that the 2020 commencement would be canceled.
Courtesy Change.org
Previous Next
By J.D. Freda

Adelphi University senior Elise Weber, an art and design education major and a 2016 Seaford High School graduate, has lost her student teaching position, her access to her senior art studio space on campus and her opportunity to be part of a commencement ceremony celebrating four years of hard work.

The spread of the coronavirus has been bad news for Weber and her Adelphi classmates. On March 11, the university canceled all in-person classes and replaced them with online classes. Four days later, Nassau County Executive Laura Curran announced that all county schools would close for at least two weeks. Weber had been enjoying full-time work as a student art teacher at Watson, Covert and Riverside elementary schools in Rockville Centre, but that suddenly ended.

“I was told by the coordinator of outside affairs, the one who sets up internships and clinicals for Adelphi students, that I couldn’t go in anymore,” Weber said. “I had been there teaching first- through fifth-graders every school day since Jan. 23 and going to my Adelphi classes at night.

“I had fallen in love with teaching,” she added.

On March 16, Adelphi’s spring break began. Not surprisingly, students received an email telling them that it was being “extended.” Another email, on March 19, stated that all face-to-face courses had been suspended for the rest of the semester. That included access to the on-campus art studio.

“I lost access to my senior studio space that I worked really hard to earn,” Weber said. “There are a lot of questions not being answered. I feel like every email we were getting, it was either bad news or ‘we don’t know.’”

Then students received an email from Adelphi President Christine Riordan, informing them that commencement would be canceled, but the university was looking into other ways to celebrate its class of 2020. It also planned to refund seniors’ cap and gown deposits.

“That was the hardest-hitting news, hearing that this senior class won’t be having our commencement,” Weber said. “It doesn’t feel right. All our family and friends being around us to celebrate all our hard work — we won’t have that.”

About 15 minutes after Weber read Riordan’s email, she came across an online petition, started by classmate Giovanna Stanco, urging that the commencement merely be delayed. Weber signed it, and shared it across her social media platforms. The petition had more than 1,900 signatures at press time.

She said she understood that the university had to take measures to ensure the safety of its student body and their families, which she appreciates, but she hoped the graduation could be pushed back to a safer date, even if it’s the summer or next fall.

Weber is still in the dark about a few more aspects of her senior year. She needed to complete a set number of hours as a student teacher this semester to earn the proper credits. She said she has heard the university would have to modify or waive the requirement so students can meet it, but she isn’t sure yet.

She is also not quite sure about what will become of her efforts to earn a certification to teach art in New York. “The art portfolio you have to gather for the state certification in teaching is very long, complex and rigorous,” Weber explained. “You need to map out lesson plans for students, instruct them, videotape yourself instructing, go back to evidence collected and see what students took from your lessons. I also have unfinished pieces of artwork just sitting on the racks at Riverside Elementary that I need for my portfolio to be certified.”

She said she hadn’t been notified about whether there will be modifications to portfolio requirements.

Finally, Weber’s art capstone exhibit, set to debut next month, has also been canceled. Her professors, who have been proactive, according to Weber, have been discussing either mounting the exhibit online or postponing it.

For now, Weber is focusing on her online courses but finds herself in an odd predicament. “I went from having almost no time to having so much free time,” she said. She stays busy during the day painting in nature, also known as en plein air. She has been working in Seaman’s Neck Park and Massapequa Preserve, and at Tobay Beach.

She has noticed a change in her artistic expression lately, though. “Everything seems to be very gray-oriented,” Weber said with a chuckle. “There’s this weird, ominous mood that keeps on happening in my pieces right now.”