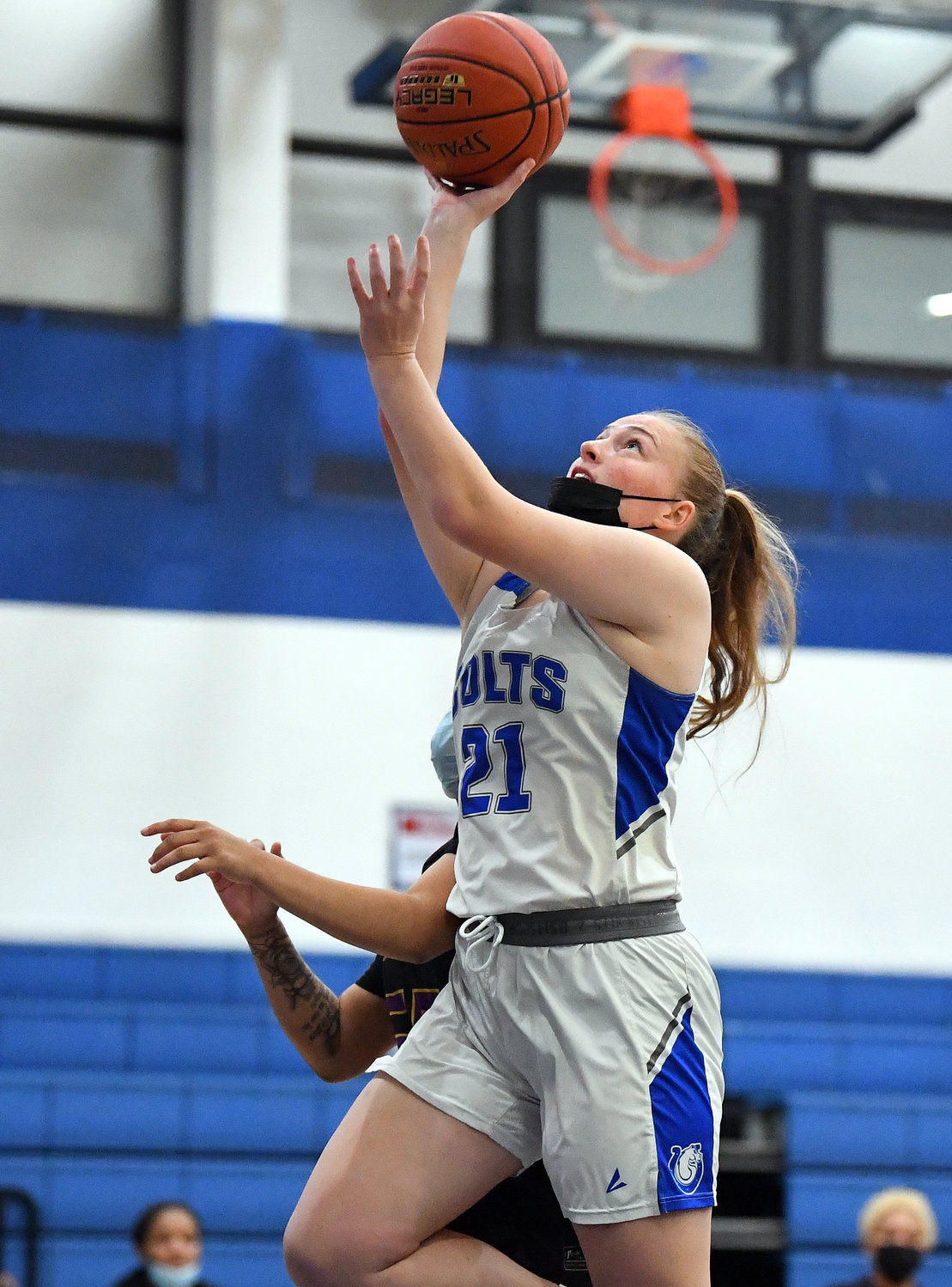 Junior Mia Licari (15) and seniors Gabby Hannelin (12) and Holly DiPalo (10) all scored in double figures as the Colts (6-4 overall; 4-1 in A-II) rolled on Senior Night for their fourth straight victory. Seniors Charnelle Miller and Laura Marcia-Bodden led the Indians (1-7; 1-4) with 12 and 8 points, respectively.

“We move the ball really well and it’s something we practice a lot,” Calhoun head coach Dan Catapano said. “The girls are looking for one another and trying to advance the ball as quick as they can. The core of the team has been around for two years and it’s an unselfish group.”

Some tenacious defense kept Sewanhaka close early and the game was knotted 6-6 with 1:30 remaining in the opening quarter before Calhoun caught fire and went on a momentum-turning run. Licari had seven points as the Colts scored the first 15 of the second quarter after closing the first with a DiPalo buzzer beater and the lead quickly swelled to 24-6.

Miller scored the final eight points of the half, including a long three-pointer at the horn, and the Indians cut the margin to 10 heading into the third quarter but would get no closer than nine.

“We’re a pretty young team with two sophomores and a freshman starting, so there are growing pains involved,” Sewanhaka head coach Alex Soupios said. “I thought we did a nice job in the first quarter and our defense kept us in it for a while. But Calhoun is pretty polished and definitely one of the more talented teams in the conference.”

Calhoun used a 16-4 run in the third quarter to take a 21-point lead into the fourth. Licari had eight points in the third and junior Makayla Condela chipped in a couple of baskets.

Catapano believes junior Margaret Casimano’s return to the backcourt will bolster the team’s offense behind Licari and DiPalo, who are combining for approximately 25 points per game. Casimano scored in double figures against Kennedy and Wantagh and is averaging 6.5 points at the halfway mark, while Hanellin, who is handling 75 percent of the point-guard responsibility, is averaging 7.3.

“I love our chemistry,” Catapano said. “Our starting five balance out each other and we’re getting some nice contributions off the bench. We kind of stress defense first. That’s where it all starts.”

The Colts’ lone conference loss came in the A-II opener at Garden City. “Early in the season we had 9 girls out at one time or another,” Catapano said. “Even though we had everyone back for that game, we were gassed. We’re looking forward to the rematch.”