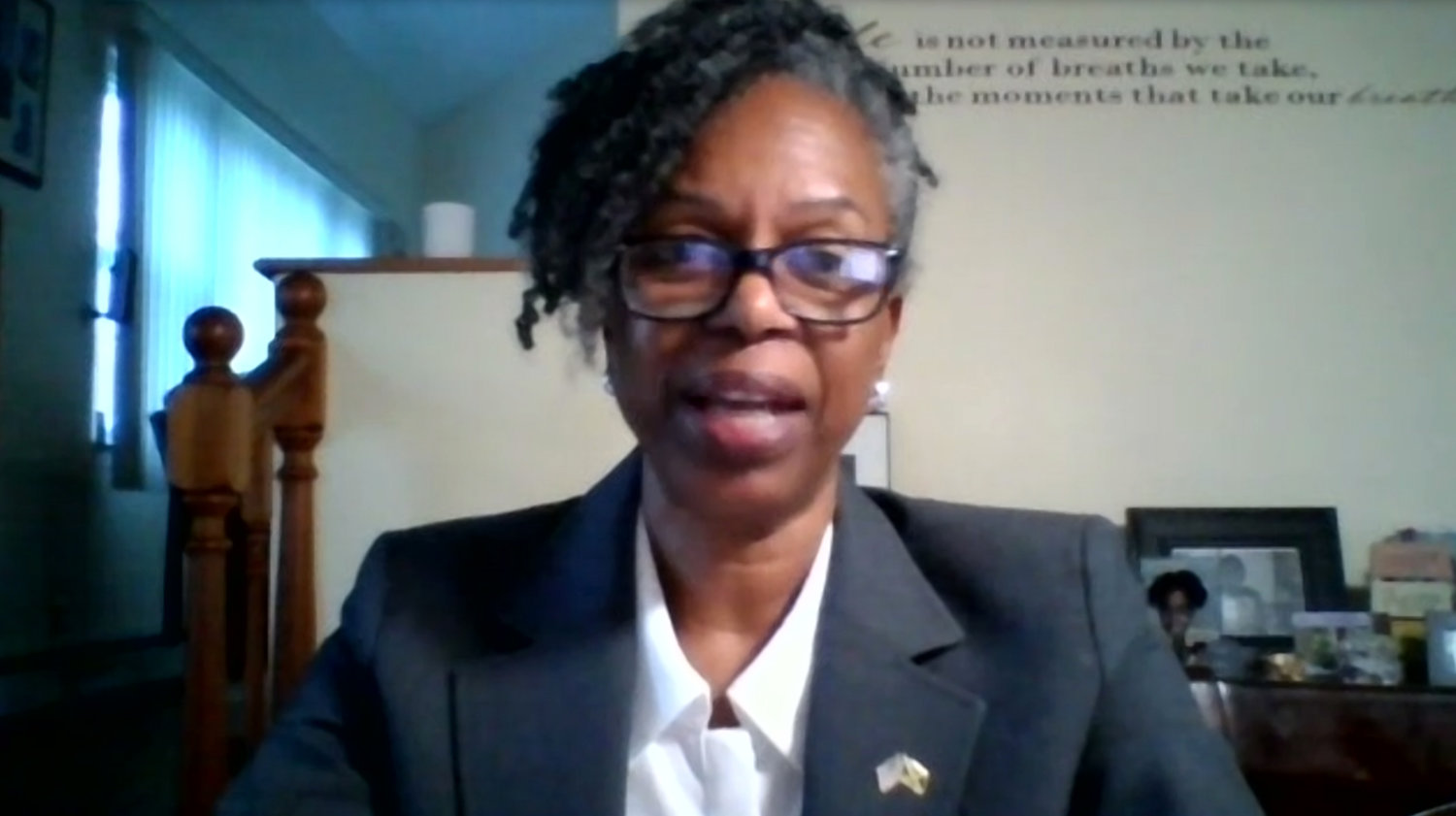 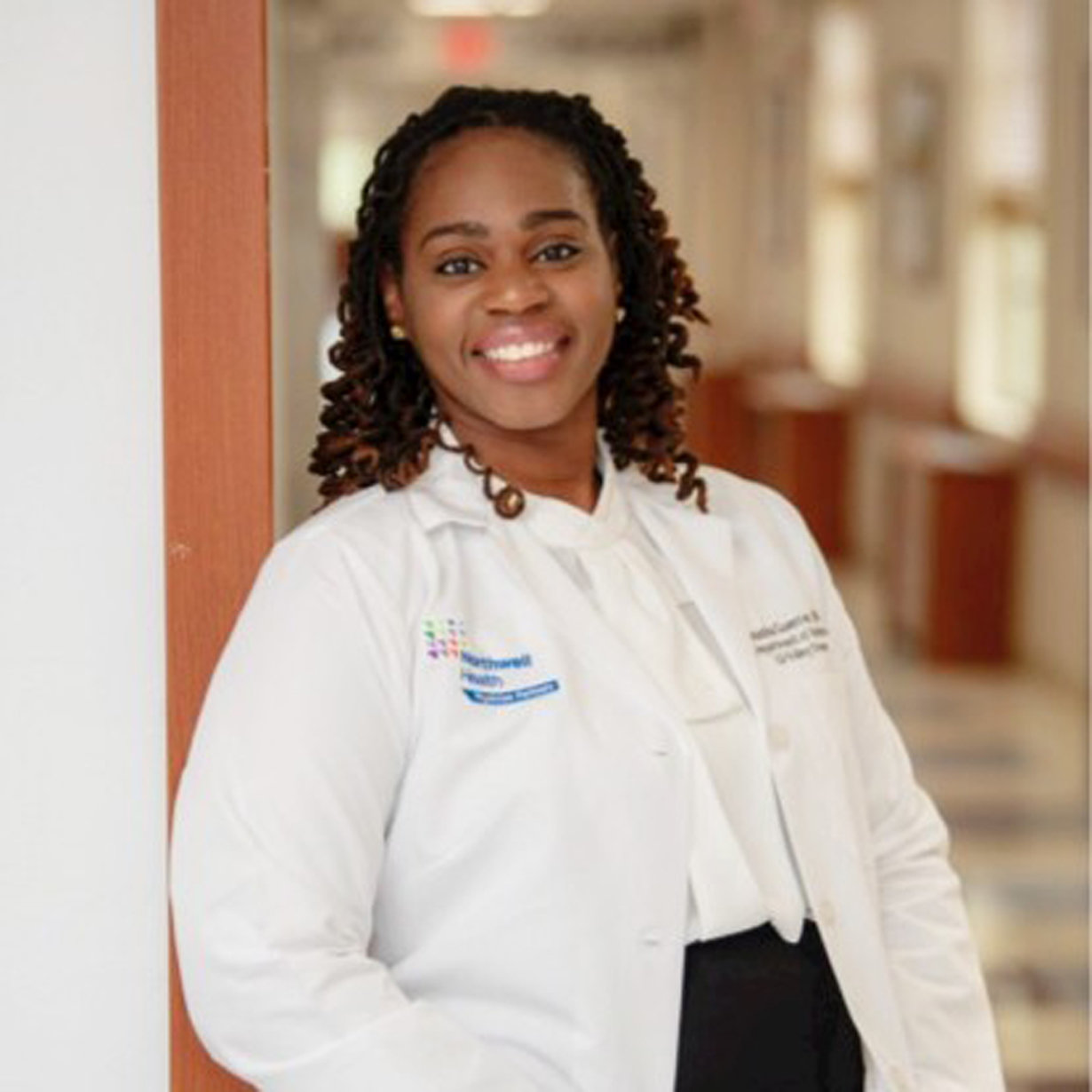 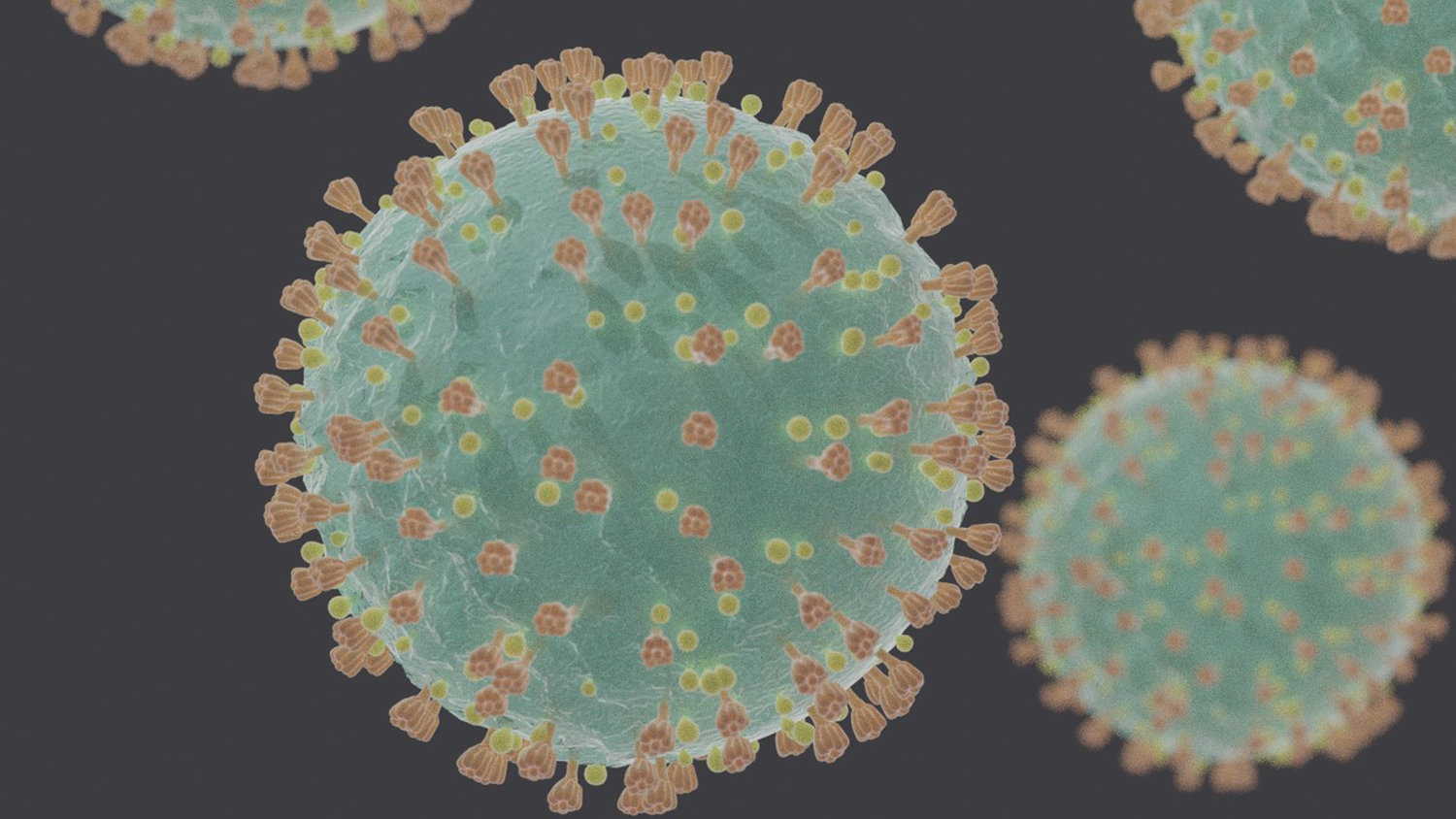 The presentation ended with an audience q&a about the virus.
Courtesy Felipe Esquivel Reed/Wikimedia Commons
Previous Next

There is a very specific way to take it off and put it on. I would advocate against the general public wearing N95 masks.”
Keasha Guerrier, M.D.
By J.D. Freda

Jackie Gordon, Democratic a candidate for the House of Representatives in New York’s 2nd Congressional District, hosted a Covid-19 public information webinar on April 16. She was joined by Dr. Keasha Guerrier, Northwell Health’s director of quality, leadership and advocacy and a family medicine specialist.

The 2nd District includes most of Seaford and Wantagh. Gordon is seeking to succeed retiring Republican Rep. Peter King, of Seaford.

This was the second information session that Gordon has hosted during the coronavirus pandemic. Last month, she took part in a conference call for local small business owners with Erica Chase-Gregory, director of the Small Business Development Center at Farmingdale College, who offered tips on applying for disaster business loans and other federal programs.

After welcoming viewers to last week’s videoconference, Gordon noted the importance of having these kinds of sessions during the pandemic. She acknowledged residents’ growing concern about the duration of the lockdown of nonessential businesses, and explained that adhering to social distancing guidelines was beneficial and would continue to be.

“I’ve said that I wanted to join the Army after I saw that commercial on TV where it said, ‘We do more before 9 a.m. than most people do in a day,’” Gordon said. “I wanted to run for Congress for the same reason that that commercial states.”

She introduced Guerrier and listed some of her credentials, including her involvement on the ground in Puerto Rico providing medical support to those affected by Hurricane Maria in 2017.

Guerrier explained that, although the most commonly reported symptoms of Covid-19 are coughing, fever and shortness and breath, other early indicators include a loss of smell and taste, abdominal pain and vomiting. She also said that people at high risk include essential workers; smokers and vapers; those with upper respiratory diseases, cancer, diabetes or high blood pressure; and the morbidly obese.

She talked about N95 masks and their effectiveness in blocking airborne particles. She compared the N95’s 98.9 percent effectiveness with surgical masks’ 78.6 percent, and “tea cloth” masks’ 60 percent — but she advised against wearing N95 masks. “For the general public, N95 masks have to be specially fit for someone to wear effectively,” Guerrier said. “There’s a very specific way to take it off and put it on. I would advocate against the general public wearing N95 masks.”

Guerrier also advised designating a “decontaminating station” in the homes. Soles of shoes, she said, can carry the virus around hospital floors, so she advise either leaving shoes outside or in a designated room near an entrance to a home to avoid contamination.

For those who are already ill with the disease at home, she advised seeking advice from a health care professional, using only Tylenol and videoconferencing with close friends or family members twice a day. Having another person observe appearance and speech patterns and listen for labored breathing, Guerrier explained, can help identify symptoms the sick person may not recognize.

Guerrier also said that resting and sleeping in a prone position, on the stomach with arms extended or folded past or under the face, can increase oxygen intake.

Answering questions after her presentation, Guerrier predicted that Covid-19, much like influenza, was mutating every 15 to 30 days, according to its environment. She said that someone who had contracted and recovered from one strain of the coronavirus could still be susceptible to another, but the severity of a second contraction would be “proportionate to its viral load” or the amount of virus detected in a patient. According to two papers published On March 23 in The Lancet, a reputable medical journal, viruses infect the body and replicate themselves. The more a virus replicates itself, the higher an individual’s viral load. In order for more severe symptoms to be had, someone’s viral load must typically be high.