In Bellmore-Merrick, roller hockey is a legacy 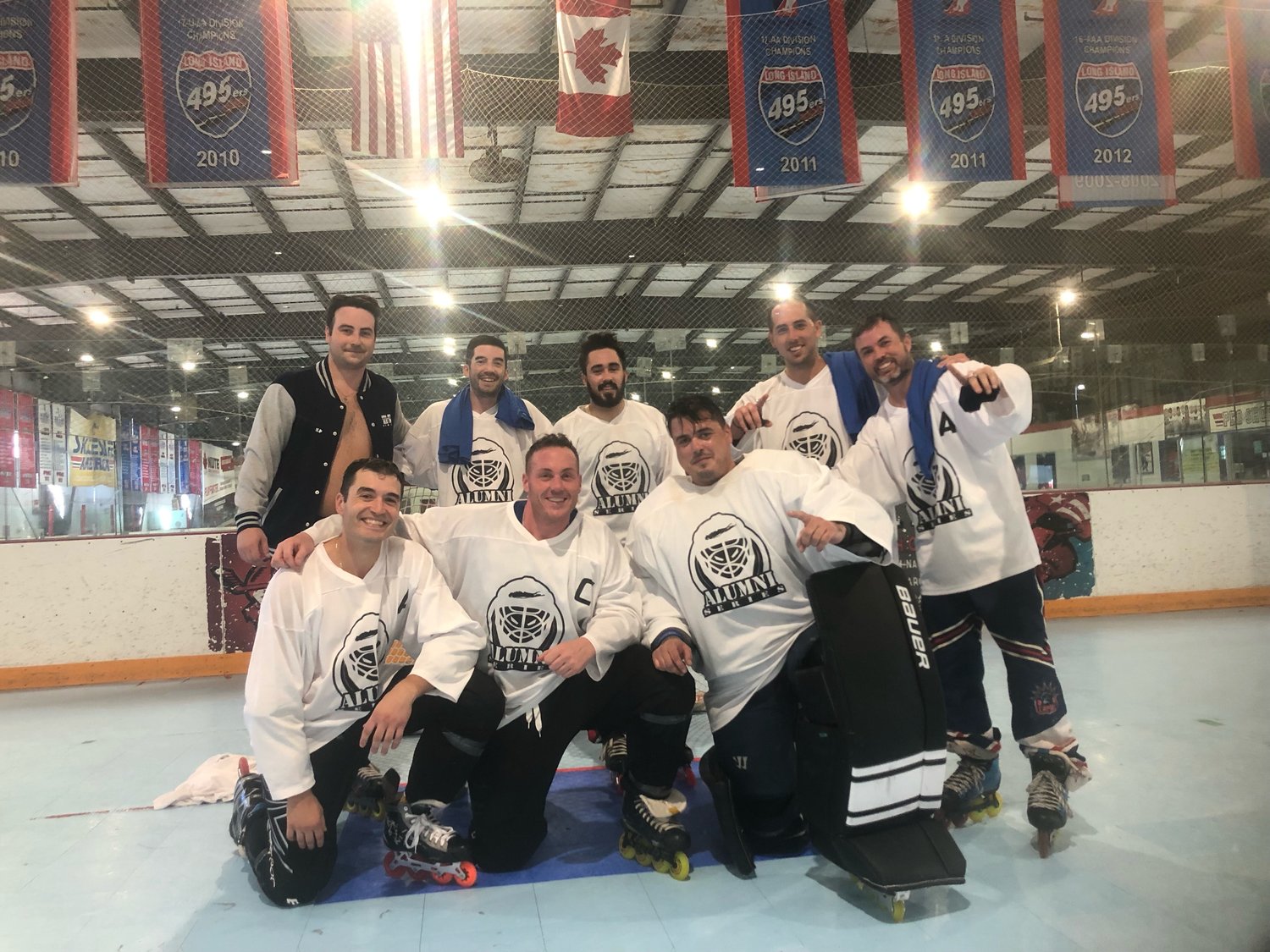 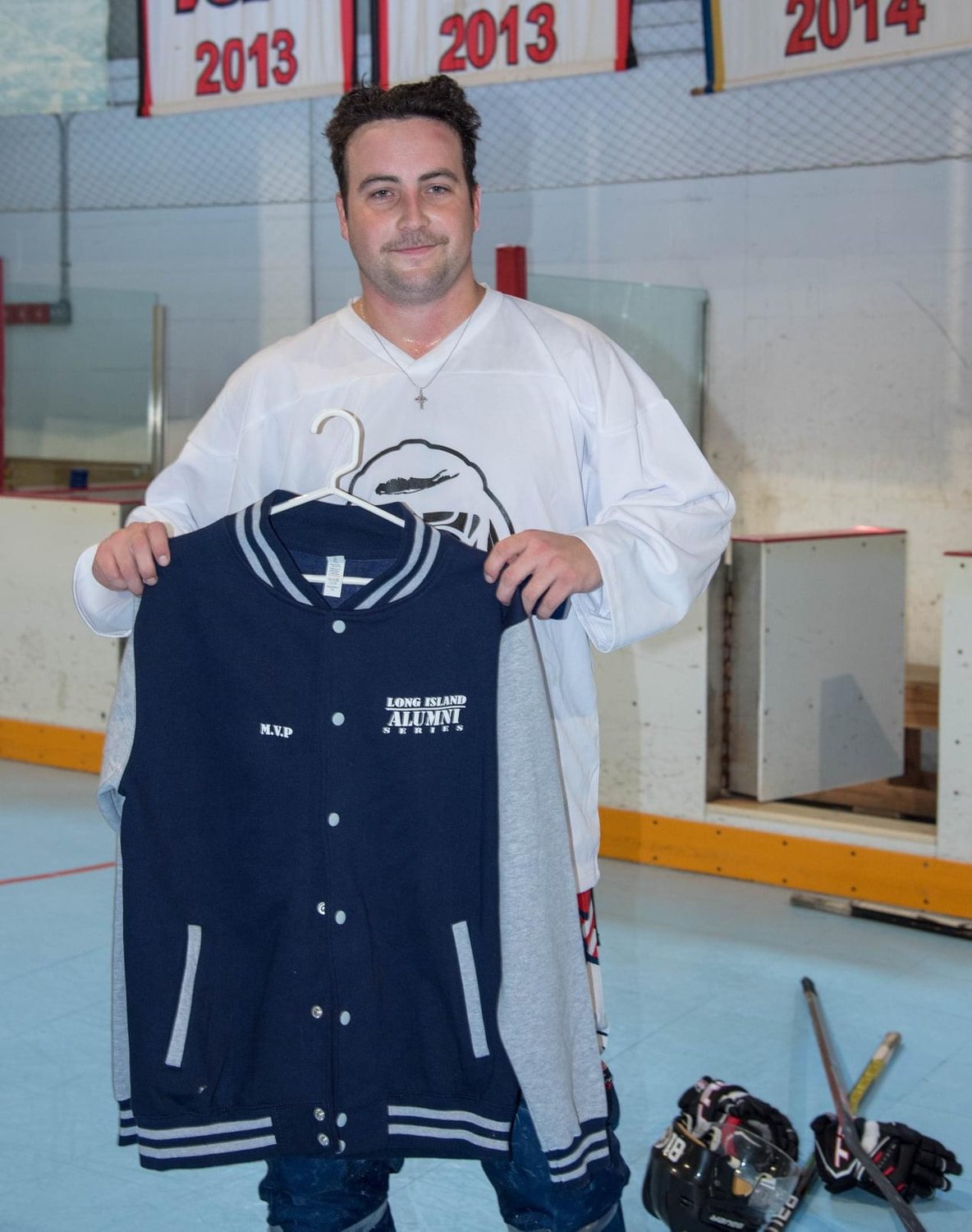 Chris Sharkey was the tournament MVP. 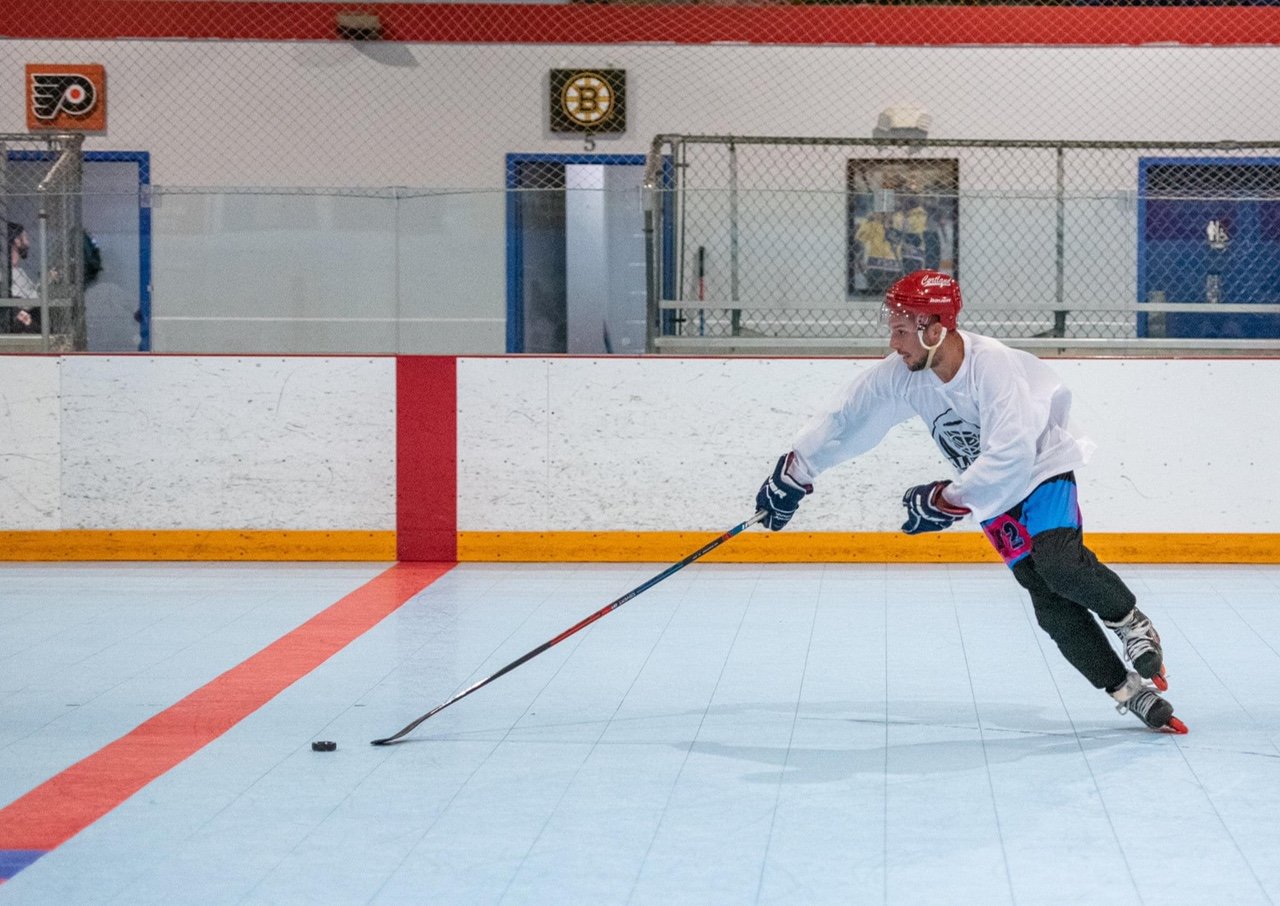 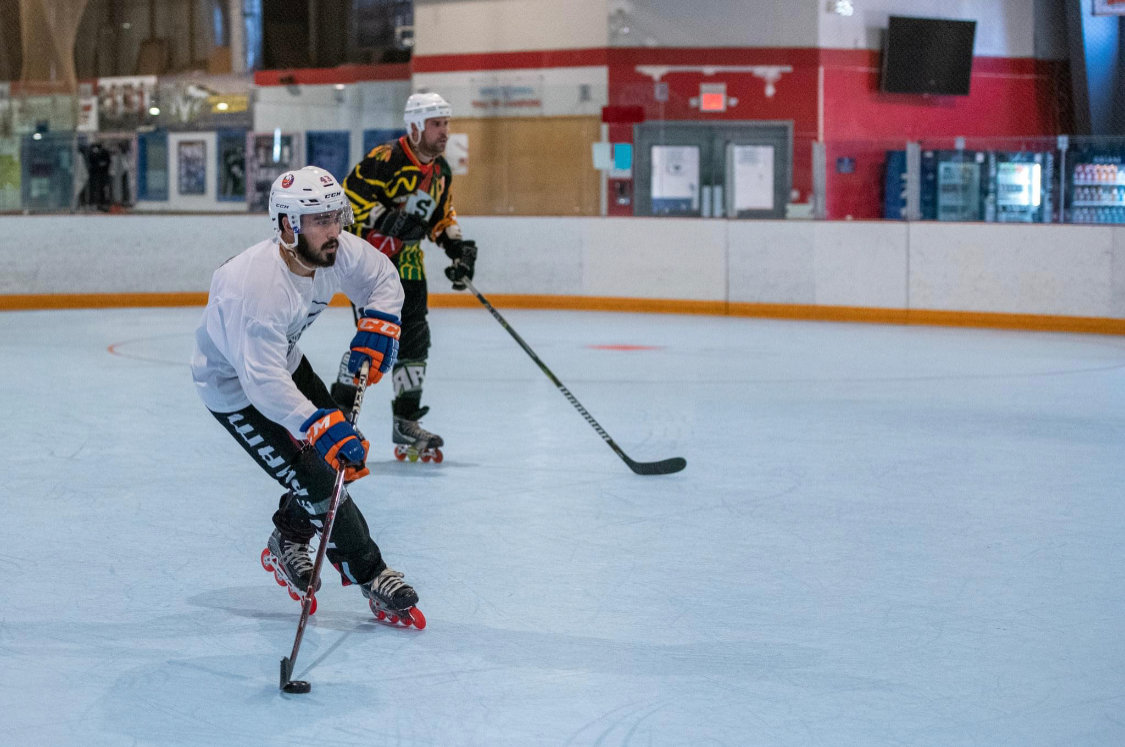 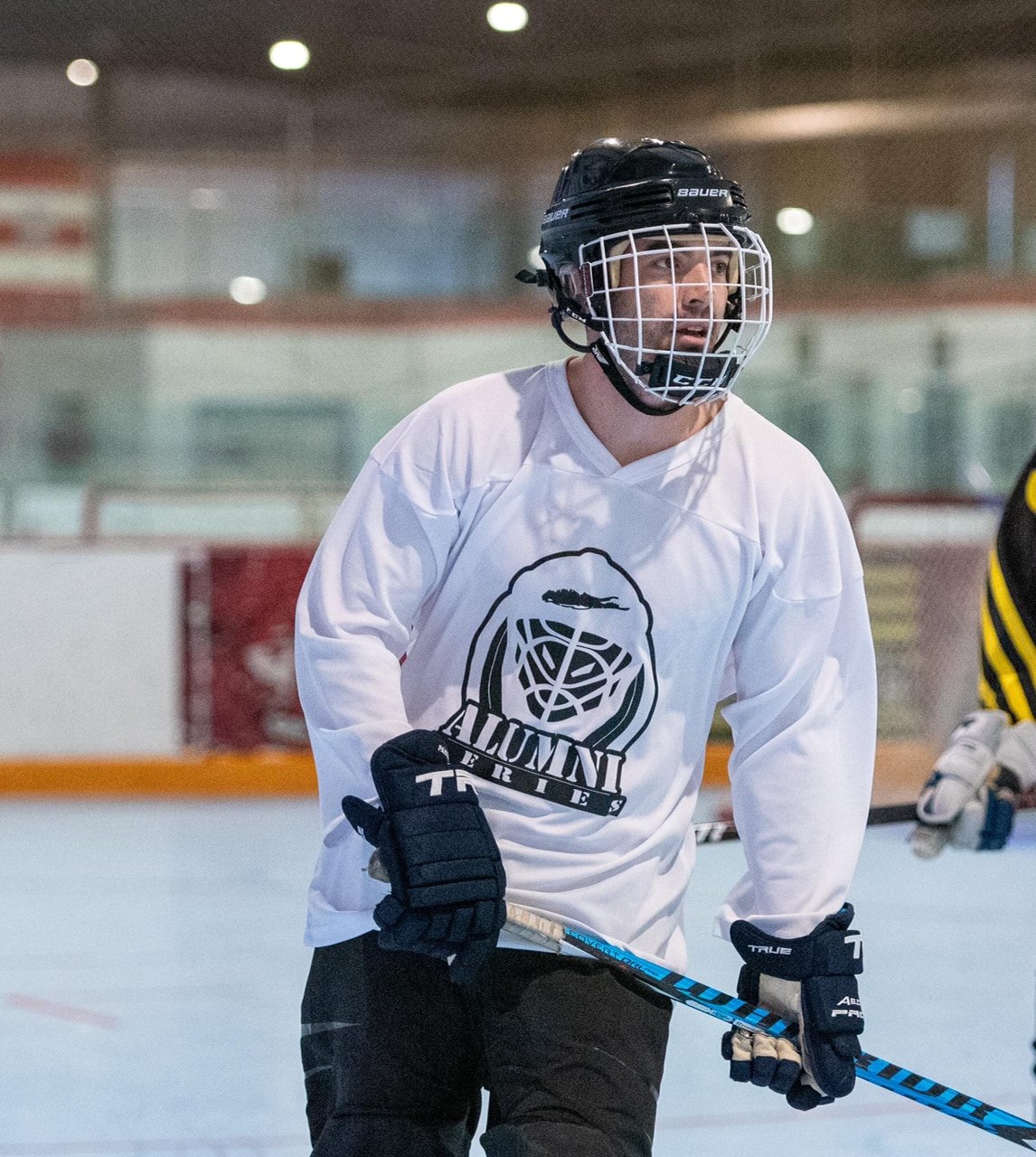 Andrew Barone took to the rink.
Previous Next
By Andrew Garcia

The close friends who grew up together playing hockey at the Bellmore-Merrick Roller Hockey rink never grew far apart. Recently, they reunited — along with some younger players — to win the Long Island Alumni Series Hockey Tournament.

“We grew up playing down at the rink,” said Dave Manara, 39, a member of the board of directors of the facility, which hosts an instructional league for those ages 6 and up and was founded by Ted Manara, Dave’s father. “It’s one of the oldest on Long Island,” Dave said.

It was Manara who learned of the tournament and called some of his former teammates, who were all excited to gear up. “When Dave gave us a call, it was an honor,” said Steve Sharkey, 39, a former BMRH player whose parents were also active in the organization. Along with Jerry Gioia, the friends started traveling together as a team at age 11 or so.

At the tournament, Sept. 25 and 26 at a rink in Plainview, the competition was fierce, but none came more determined than the Bellmore-Merrick team. It went undefeated against teams from, Bayport, Levittown, Middle Country, Patchogue-Medford, Rocky Point and Sachem, winning six games and outscoring its opponents by a combined 35-8. Gioia took home the Best Goalie award.

“It brought me back to my childhood,” Sharkey said. “When I wasn’t at home or at school, I was at the Bellmore-Merrick rink.”

“We’re a close-knit group of guys,” said another player, Andrew Barone, 30. “It’s nice to know we still have that oomph in us.”

“That’s what the alumni tournament is really all about,” Manara said. “The guys that run it, they’re trying to keep hockey legacies going — keeping the tradition alive and representing your town, school or district.

“And it’s even better,” he added, “that we have a hockey league here that’s been around for so many years, and we got to represent that as well.”

Sharkey and Barone have helped teach lessons and referee games at the rink over the years. Some of the younger players they worked with — who were around 10 at the time — also joined the alumni team, giving some of the older players a chance to play side by side with their former students.

Sharkey said he couldn’t wait to introduce his three kids, ages 6, 4 and 2, to the rink. Since he joined BMRH, his involvement has been a family affair, with his parents, Stephen and Kathy, also serving as board members. Manara, who was a grade ahead of him, was like a big brother to him, Steve added.

“[The tournament] brought me back to some of the better memories of my life,” he said.

Children can still get involved in BMRH. The instructional league, Manara said, welcomes beginners. More information can be found at https://www.bmrhockey.com/Home.aspx.

“We want to get the word out there — hockey is growing as a sport,” Barone said.