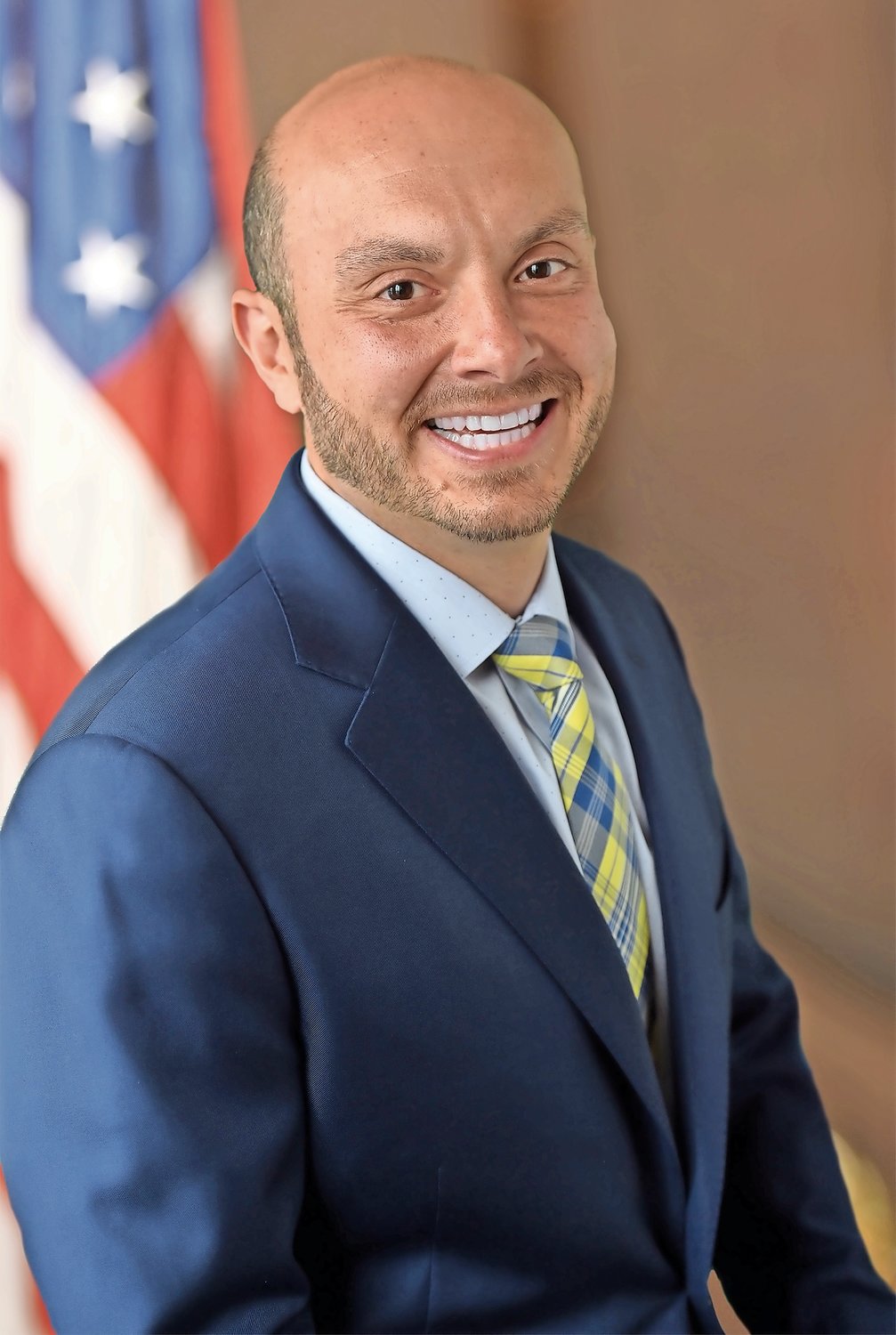 Assemblyman Andrew Garbarino, left, is the official pick to succeed U.S. Rep. Peter King in the 2nd C.D., but Michael LiPetri is continuing his challenge — with two others.
Courtesy New York State Assembly 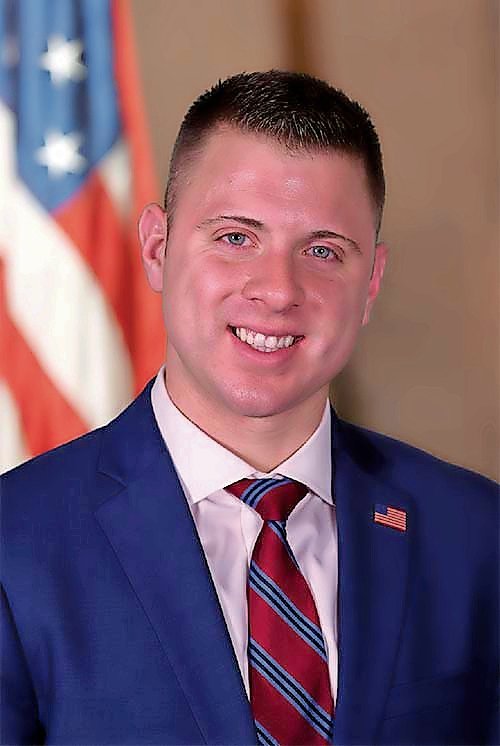 Assemblyman Andrew Garbarino, left, is the official pick to succeed U.S. Rep. Peter King in the 2nd C.D., but Michael LiPetri is continuing his challenge — with two others.
Courtesy New York State Assembly
Previous Next

We had an interview process where we interviewed many candidates, and we seriously considered about six.”
Joseph Cairo, Nassau County Republican chairman
By J.D. Freda

Long Island Republican leaders announced earlier this month that the party would back State Assemblyman Andrew Garbarino, a Republican from Sayville, in the race to succeed U.S. Rep. Peter King in New York’s 2nd Congressional District. King, a Seaford Republican, announced on Sunday that he would also support Garbarino’s campaign for his seat.

King announced in November that he would retire from Congress when his current term ends in 2021.

Despite Garbarino’s firm support by both Nassau and Suffolk County Republican committees, another area Republican assemblyman, Michael LiPetri of South Farmingdale, announced on Feb. 6 that he would contest the nomination in a primary, to be held in June.

Garbarino is serving his fourth term as an assemblyman in the state’s 7th District. He won the seat in 2012, defeating Christopher D. Bodkin. In 2018, he defeated Democrat Tom Murray, an attorney, capturing 58 percent of the vote. He will serve out his term while campaigning for a seat in Congress.

Garbarino could not be reached for comment at press time.

Cairo added that Garbarino would give Republicans an opportunity to retain a seat in a congressional district that Democrats could contest. Although King, a 13-term Republican, has represented the district since reapportionment in 2013, first-time Democratic candidate Liuba Grechen Shirley collected nearly 47 percent of the votes in a surprisingly tight race in 2018.

Democrat Jackie Gordon, a former Babylon Town Board member and an Army veteran, announced her candidacy for the seat last May, expecting to take on Grechen Shirley in the primary and King in the general election. News sources have reported that Gordon is expected to receive the support of both Long Island Democratic committees. Grechen Shirley has said she would not be a candidate, because she is expecting her third child in April.

Cairo said he worked with Suffolk County Republican Committee Chairman Jesse Garcia and other party officials before they decided to back Garbarino. “We had an interview process where we interviewed many candidates, and we seriously considered about six,” Cairo said. “The interview process lasted about three weeks, maybe longer. Each candidate was invited to make remarks, and there were about 100 people involved in the process of making this decision. We considered everything.”

He added of Garbarino, “Throughout the whole interview process, I got to know more about him, and we believed he was the right choice.”

Cairo explained that the party’s plan was to unify around one candidate to avoid a primary heading into a tough race. In meetings with both Nassau and Suffolk committees, candidates were “given every opportunity” to state their case for being the party’s standard-bearer.

LiPetri announced his candidacy for King’s seat in early January, following a similar announcement by Suffolk County Election Commissioner Nick LaLota, who raised more than $150,000 in the last quarter of 2019. (Garbarino raised over $200,000 in that same period.) And last week, Suffolk County health official Nancy Hemedinger said she would be a candidate for the Republican nomination as well. Cairo acknowledged that both LaLota and LiPetri were on the short list of candidates that Republican officials considered.

“A decision has been made now, and knowing what the process would be, we went in with the assumption that they would go along with the decision of the committee,” Cairo said of the candidates the committees did not select. “Of course, if qualified, anyone can run in a primary. I’m a team player; I’ll support the party designee. I think it’s a shame, since we have many [political] races. It’s a bit disappointing we’d have a primary, but this is America. We will follow the rules.”

LiPetri was adamant that he would campaign for the seat. “I’m really focused on the needs of the people in the district,” he said, adding that his focus would be on Long Island’s middle class. “I didn’t come from a wealthy or political background. My mother was a nurse, and my father worked in utilities. They worked hard for my sister and I, and I want to represent the hard-working men and women of the district who want their needs heard.”

LiPetri, 29, who is in his first term as an assemblyman, said he did not believe that would be a disadvantage in the eyes of the voters. “I’ve knocked on 20,000 doors and have been ubiquitous in the community, at events,” he said. “It’s not about longevity [of service], it’s about the people. We’ve accomplished a great deal so far, but we’ll continue to be a fierce advocate for doing what’s best for the people.”

LiPetri will, however, face obstacles in his own party. Some Republicans say they believe a primary run could be detrimental to LiPetri’s young political career.

Primary contenders will soon start gathering the necessary 1,250 petition signatures necessary to get their names on the ballot. They will have from Feb. 25 to April 2 to do so. Both parties’ primaries are scheduled for June 23.

“This is very much a swing seat,” said Hempstead Republican Town Councilman Christopher Carini of Seaford. “… I’ll be joining the Republican party in unifying behind Andrew Garbarino.”

Carini added that Gordon would be a strong candidate who could provide some real competition for the seat.

“We’re excited about [Garbarino’s] candidacy,” said Nassau County Legislator Steve Rhoads, a Republican from Bellmore. “He will make an outstanding congressperson. The seat has a reputation for someone who really cares about our country, and I’m looking forward to him continuing that.”