The Budrewicz sisters are a winning pitcher-catcher duo 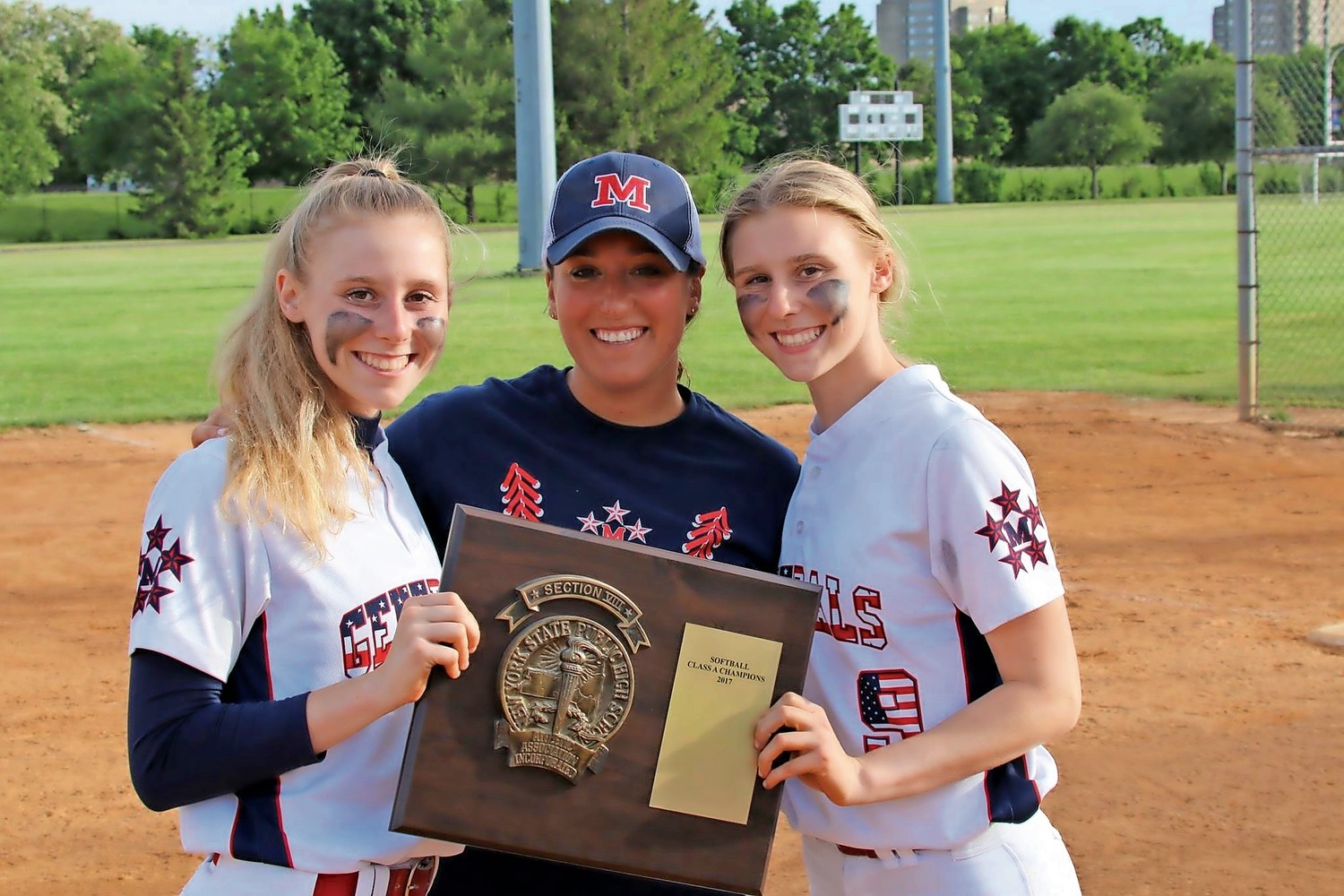 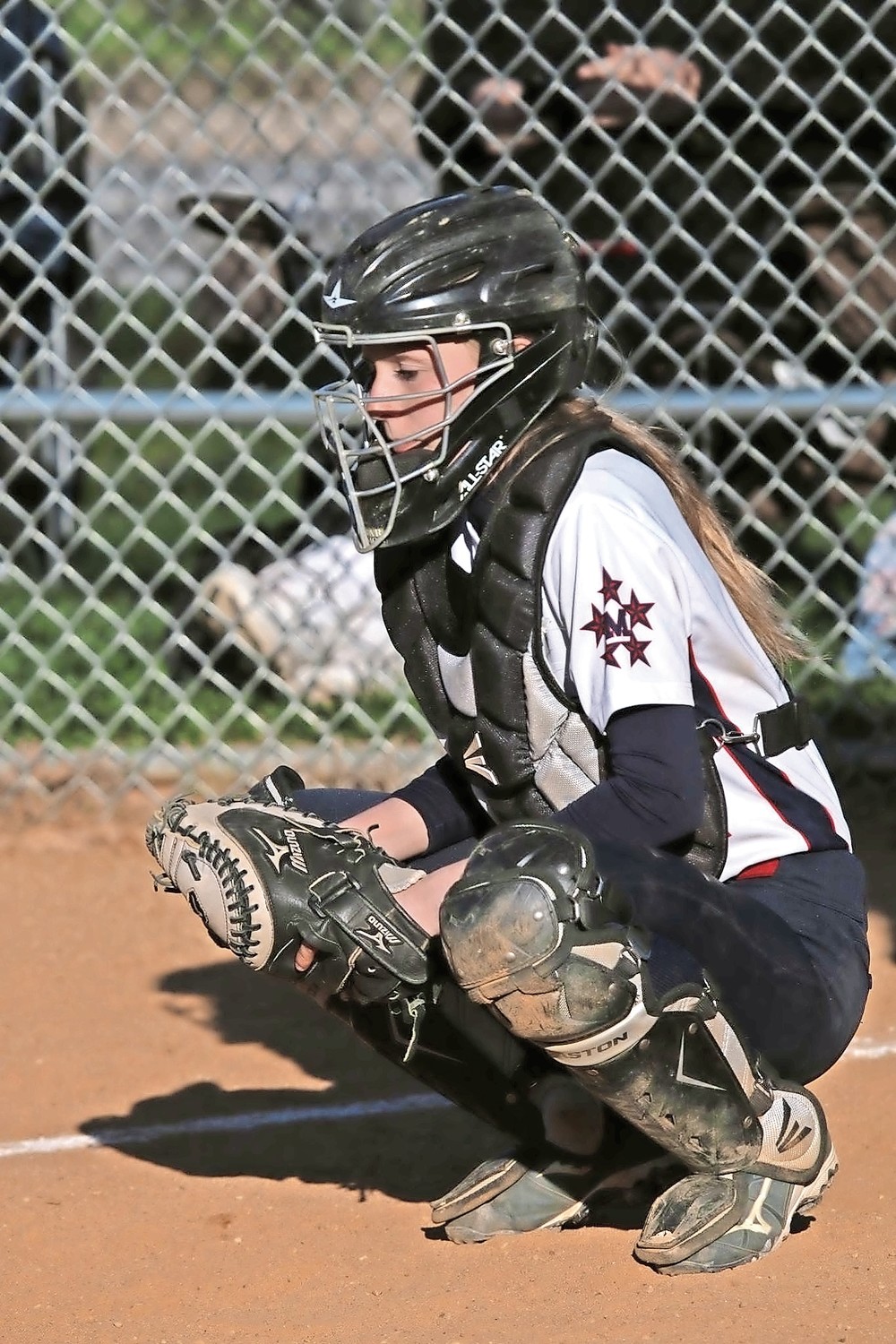 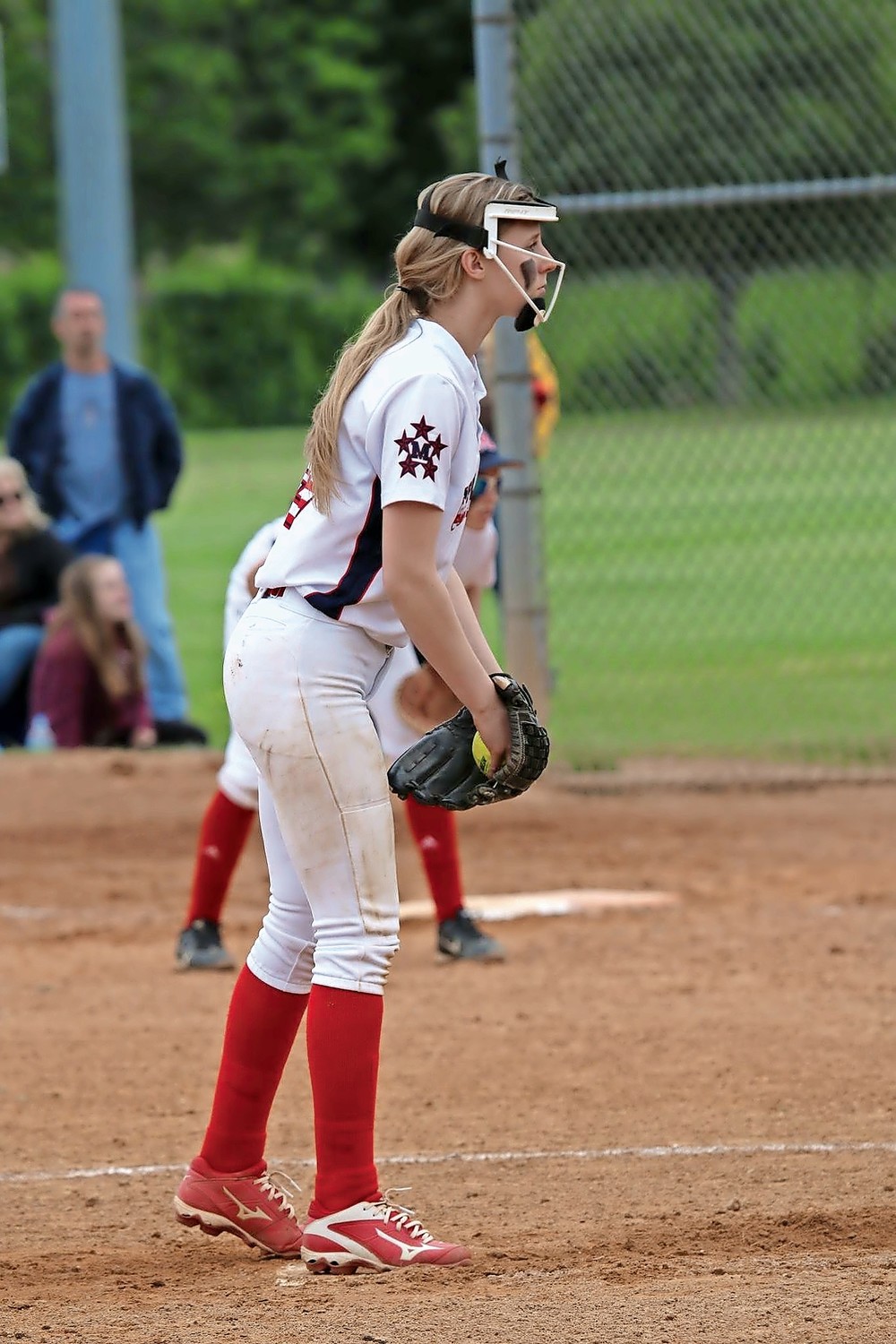 MacArthur High School Junior Jessica Budrewicz was one out away from pitching a complete shutout in the 2017 Nassau County Division A title game Island Trees last May. With her twin sister, Ashley, behind the plate, catching, Jessica threw her 13th strikeout of the game, and gave the Lady Generals their second straight county championship.

After the players celebrated on the field, Jessica noted how much the win meant for her, her sister and their teammates. “We share a really tight bond with everyone,” she said. “Experiencing that [championship win] with our team, and especially with my sister, was amazing. I wouldn’t have wanted to do that with anyone else.”

Six months later, the Budrewicz sisters, of Levittown, who will graduate in June, signed letters of intent to play for the New York Institute of Technology and compete for the Bears’ softball team in 2019.

A bond since birth

The relationship between a pitcher and a catcher, otherwise known as a battery, is a major factor in determining a softball or baseball team’s success, and the Budrewicz twins said they have had that bond since birth.

“I know that she makes me look good,” Jessica said. “I know that she’s going to block everything back there, and she also has to trust me, too. I need to throw strikes and hit my spots. We need to get the job done together and trust each other.”

“From the major leagues to tee-ball, that pitcher-catcher combination is so vital,” said Steve Christianson, NYIT’s head softball coach. “Having two sisters — not to mention twins — who play that role, is that bond they have in being a battery together. They know what the other is thinking.”

Under Christianson, the Bears have appeared in six East Coast Conference and two NCAA postseason tournaments. He sat in the stands at last spring’s MacArthur-Island Trees title game, and said he knew the Budrewicz twins were a perfect fit for his program when they completed the title-sealing shutout.

“The competitive nature from both of them in that game closed the deal,” Christianson said. “We wanted them at NYIT, and feel that they were going to carry the same success through summer, travel and high school ball into the college level.”

‘We are completely different people’

Despite their DNA, Jessica and Ashley insist they are far from identical in their skill sets and personalities. “We are completely different people,” Jessica said as they shared a laugh. “Everyone knows that, and Coach” — MacArthur Head Coach Bobby Fehrenbach — “knows that.”

“Ashley hits,” Jessica said, “I don’t do that, and I don’t think anyone wants to see me do that. But she brings more to the table … she can go out and play anywhere, she’s more athletic than I am.”

“She always hits her spots,” Ashley said of Jessica. “She knows what she has to do in her head all the time. She’s very aware of her surroundings.”

“I think that I compose myself a little bit better,” Jessica responded.

“Yeah, I’m a little nuts,” Ashley added with a smile.

Being twins has its quirks — like teachers who confuse the two girls. “We’ve actually gotten used to people calling us the opposite names,” Ashley said. “So I’ll just answer them at this point, because I know who they’re talking to.”

“I don’t think we ever tried to switch classes,” Ashley added. “I think we did once, but we probably got in trouble.”

“It was in elementary school, though,” Jessica said as they giggled once more.

‘I’m really proud of them’

Fehrenbach, who enters his 22nd season with the softball program this spring, said he enjoys every moment coaching this year’s team, including the Budrewiczes, who earned their spots during their freshman year.

“They’ve been nothing short of outstanding,” Fehrenbach said. “Even as freshmen, they fit in right away. I’m sure they were nervous at times being 14-year-olds around 17- and 18-year-olds, but I think they got pretty comfortable knowing their roles.”

Fehrenbach, who also teaches phys. ed., has seen the twins as students as well as athletes. He noted that they helped incoming ninth-graders adjust to the high school through the school’s peer leader program.

“I’m really proud of them,” he said. “Even if they didn’t want to play at the next level, I’d still be proud of what they accomplished and what they’re doing. But it’s another step, another chapter in their lives, and I’m sure they’ll grow and get better as they move along.”