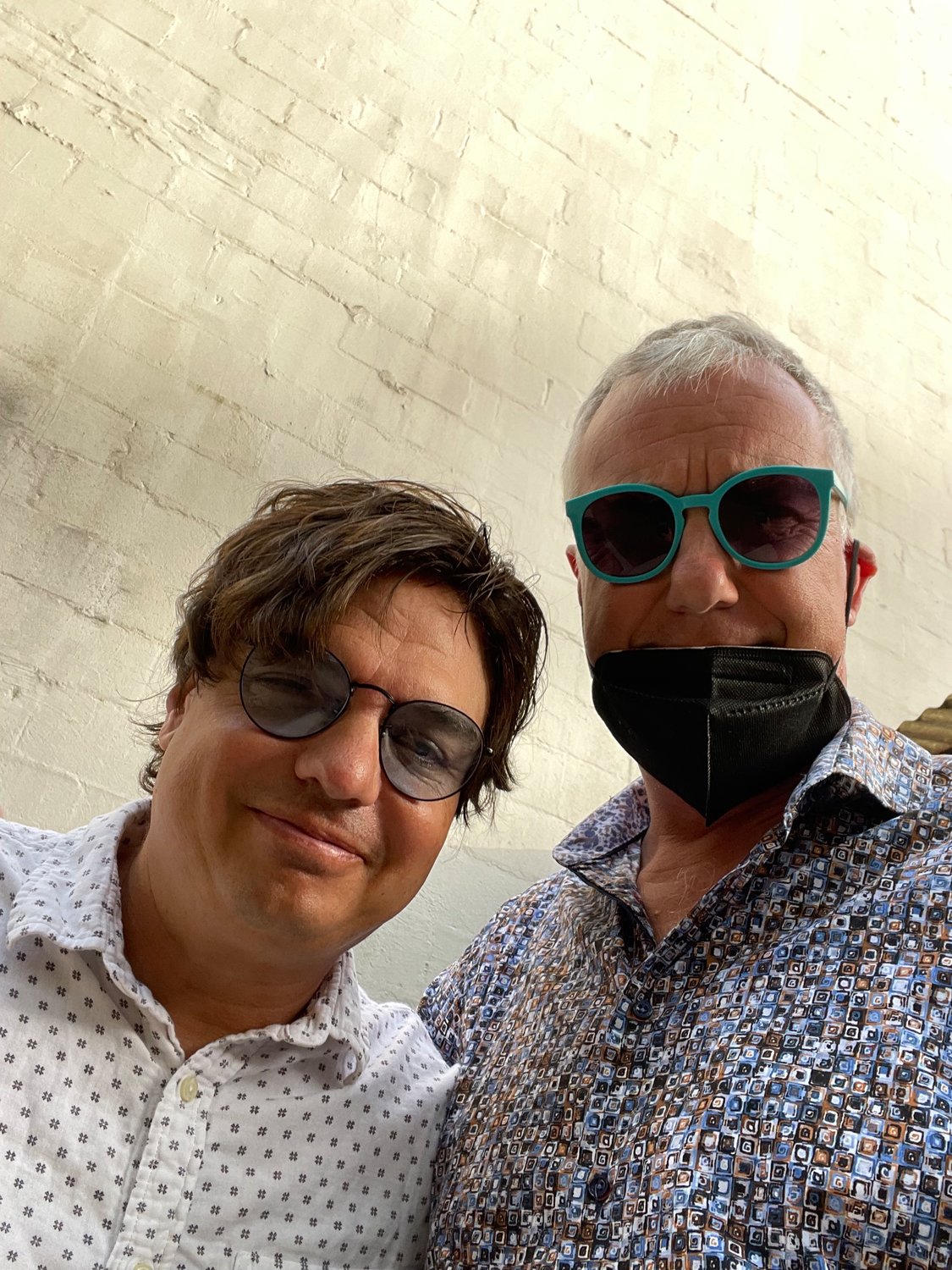 He's really modest about all the professional work he does.”
Mary-Ellen Kakalos, Principal of Manor Elementary School
By Michael Malaszczyk

Seaford Manor School students are in for a real treat when they walk into their music class — their teacher, Richard Adams, brings a wide range of professional experience with him and is quite humble about it, according to the assistant principal.

“He’s really modest about the professional work he does,” Mary-Ellen Kakalos, Manor’s assistant principal, said. “Every once in a while, I’ll hear about one of his professional gigs after it already happened. But I’d really like to get to one eventually.”

Adams has been playing guitar since 1978, where he played with a folk group at St. Thomas Apostle Church in Woodhaven, Queens, before graduating to song leader for the Immaculate Conception Church in Jamaica.

He opened up two guitar schools in the 1980s before getting an opportunity to record with Ace Frehley on his second solo album, “Frehley’s Comet,” specifically on the track, “Rock Soldiers.”

He also collaborated with the American Guitar Museum in New Hyde Park, and struck up a relationship with its owner, Chris Ambages.

“What separates Rich from most guitar players is that he’s actually trained,” Ambages said. “He didn’t learn by ear. He knows everything — specific fingerings, different styles of guitar, everything there is to know. He plays proper.”

Prior to the pandemic, the American Guitar Museum hosted a public access television show called “The Great American Guitar Show,” which Adams opened for three seasons. He would give the audience guitar exercises to practice during the show. He also opened for legendary guitarist George Benson at the museum.

Both Ambages and Adams studied guitar under George Bien, an acclaimed guitar instructor who has taught at Queens College. Ambages trained under Bien in the 1960s, while Adams trained under him in 1986.

Adams got his degree from York College and continued playing professional gigs. He mostly played for musical theatre, where he met his wife, but has also played with Rick Danko of the Band and Jules Radino of Blue Oyster Cult.

Adams can play more than just guitar, and his most recent professional performance was with the Gateway Playhouse in Bellport. The drummer, who had been hired by Gateway, came down with the coronavirus, and Adams came in as a substitute drummer for a number of shows. In addition to guitar and drums, Adams can play piano, banjo, mandolin, bass and recorder.

Adams was inspired to teach by a professor at York College, Ruth Zinar. Adams was insistent on being a full-time musician, but she urged him to take education credits.

Adams said he is glad that Professor Zinar pushed him because as a teacher, he not only is able to play his guitar every day, he’s able to share his love of it with the children.

“When I got to Seaford, it just clicked on the job,” Adams said.

Adams’ favorite aspect of teaching is showing the students how to improvise. He also enjoys teaching them how to listen to music for longer periods, a concept he calls “deliberate listening,” during which students listen to music for periods of five to 10 minutes, and this program goes on for several months.

Assistant Principal Kakalos referred to Adams as an asset to Seaford’s educational team.

“If I could describe him as anything, I’d just call him ‘fun with a guitar,’” Kakalos said. “He is a fun-loving, happy individual, and a real team player.”

Kakalos said that every year Adams makes custom guitar picks for graduating fifth graders, as well as for the administrative staff.