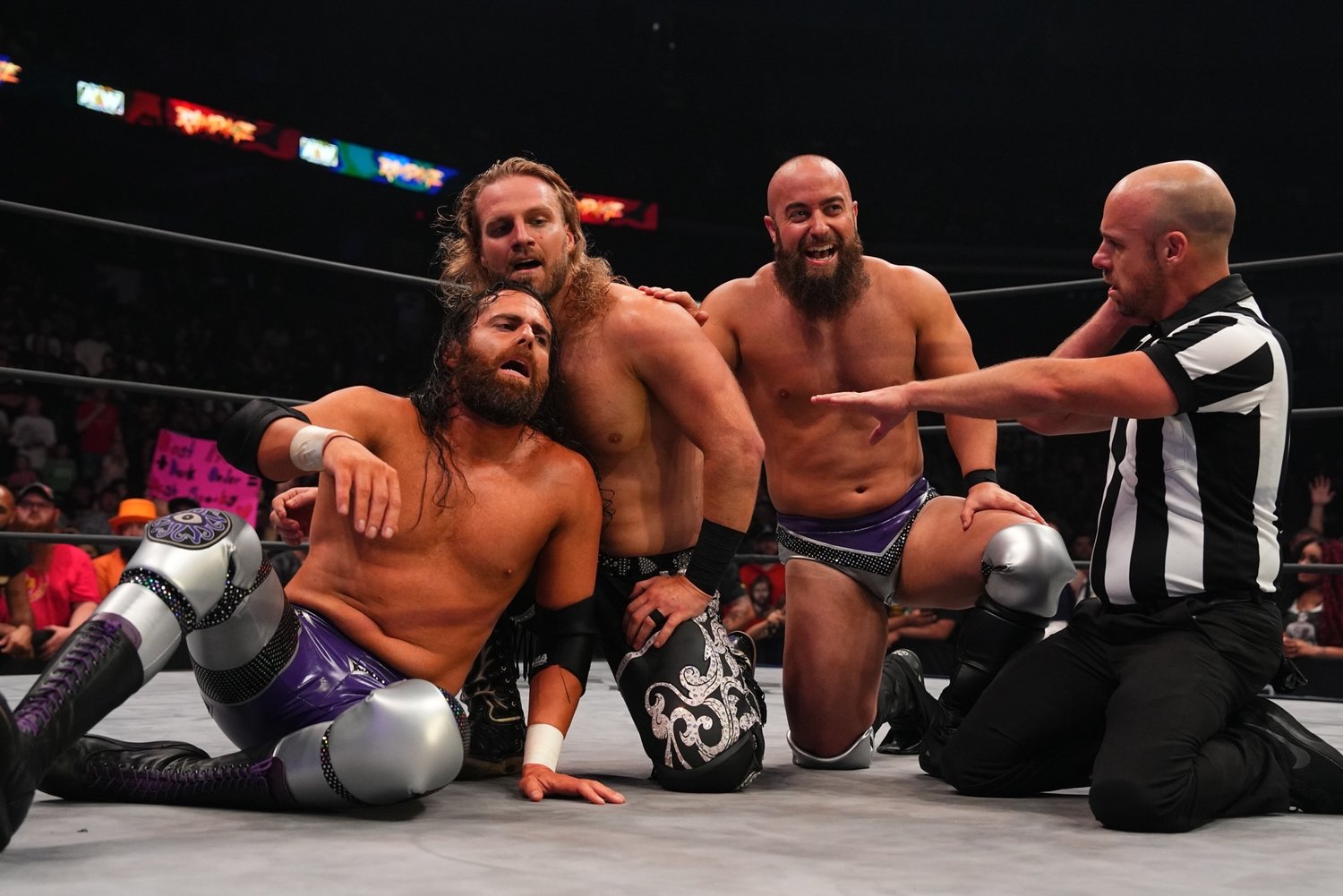 It’s always great when a community like Wantagh gets to see one of its favorite sons or daughters make it big, and that’s the case for professional wrestler John Silver.

Silver, who is also goes by the nickname of “Johnny Hungiee”, is a Long Island native who grew up in Wantagh. Silver was born in Amityville, but moved to Wantagh when he was very young. Silver lived in the Forest City neighborhood as a child, and was zoned for Levittown Public Schools; he attended Lee Road Elementary School, Jonas E. Salk Middle School, and finally MacArthur High School.

Silver loves Wantagh for its sense of community, which has persisted into adulthood for him.

“Wantagh is a fantastic town,” Silver said. “A lot of kids my age lived on my block, so I always had people to hang out with. I’m still friends with all of those guys now.”

Silver recalled fond memories of going to the pool at Wantagh Park, playing at the numerous baseball fields, and exploring and fishing the lake at Forest City Community Park.

John Silver always had an interest in professional wrestling, and grew up watching it with his father.

“Every once in a while, he’d let us stay up until 11 to watch the main event,” Silver said. “And that’s when you had guys like the Undertaker and Stone Cold wrestling.”

Silver knew he wanted to get into wrestling himself, so he took the initiative and went to New York Wrestling Connection in Deer Park, to be trained by the great wrestler “Mikey Whipwreck,” whose real name is John Michael Watson.

Many people think of professional wrestling as “fake” due to its scripted outcomes, but there is nothing fake about what the wrestlers are trained to do.

“My trainer was big on the basics,” Silver said. “No rushing you into the ring. In fact, you’re not even allowed to go into the ring until they felt you were ready.”

Silver recalled learning how to fall, hitting his head, and feeling rocked as an example of how real the moves wrestlers execute are. His favorite and signature move is called “the spin doctor,” where he lifts his opponents in the air on his shoulder, similar to the “torture rack” move, spins them, and throws them in the air.

Silver is currently signed with All Elite Wrestling, although he got started at the local scene on Long Island, wrestling in shows in Deer Park and Hicksville before moving up to bigger shows.

Silver, having never forgotten his Long Island roots, still lives in Wantagh, although not in the Forest City neighborhood. While much of his career is spent on the country, in his down time he enjoys doing all the fun things Long Island has to offer. He enjoys going to concerts at Mulcahy’s, and spending time at Jones Beach. Silver’s favorite Mulcahy’s concerts are when they put on 90s nights.

Silver continues his success as a professional wrestler, and encourages Wantagh residents to watch one of their neighbors on TV. Silver and AEW made their NYC return on Wednesday, September 21, with their show “AEW Grand Slam” taking place at Arthur Ashe Stadium. If you didn't catch it, it will still be shown on television.